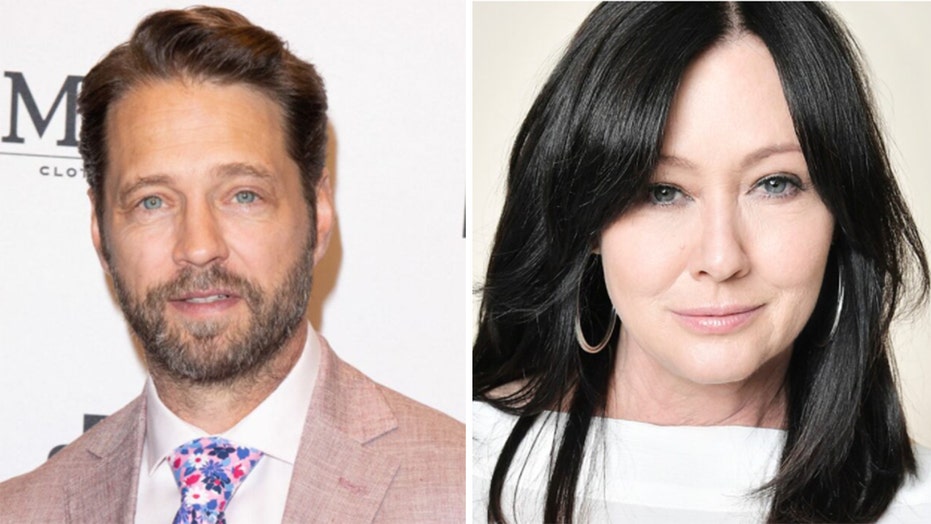 Shannen Doherty's "Beverly Hills, 90210" co-star Jason Priestley has provided an update on the actress as she continues to battle breast cancer.

Priestley, who was dubbed a teenage heartthrob for his role as Brandon Walsh in the 1990s teenage drama, appeared on Australia's Studio 10 on Tuesday where he was asked about how the actress is feeling.

The 48-year-old star announced in February that her breast cancer had returned and it is stage 4.

"Shannen is a real tough girl. Shannen's a fighter, and she's always been a fighter, and I know she'll continue to fight as hard as she can," Priestley said (via the Daily Mail). 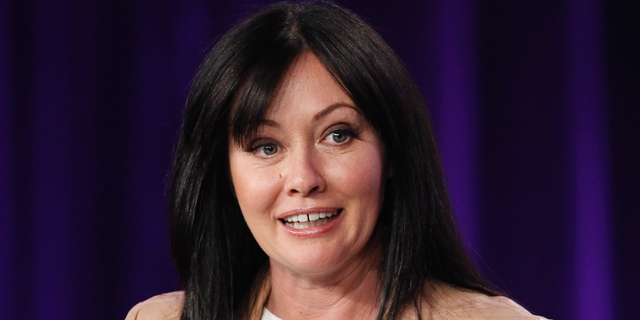 According to the Daily Mail, Priestly told the outlet that Doherty was in "pretty good spirits" the last time the two former co-stars spoke. Priestley, who now stars in "Private Eyes," played the brother of Doherty's Brenda Walsh on the popular television show.

Doherty was first diagnosed with breast cancer in 2015 but entered remission following chemo and radiation. Speaking to "Good Morning America" months ago about the cancer's return, she revealed her initial concern was how her diagnosis would affect her loved ones.

"I definitely have days where I say why me. And then I go, well, why not me? Who else? Who else besides me deserves this? None of us do," she said. "But I would say that my first reaction is always concern about how – how am I going to tell my mom, my husband."

She has since received support from fellow "90210" co-star Tori Spelling, and according to her Instagram, she spends a lot of time with actress Sarah Michelle Gellar. Last month Doherty credited Gellar with getting her to "smile big," noting that their bond is founded on a "deep appreciation for each other."

Shortly after the coronavirus pandemic surged in March, Doherty pleaded with fans to stay home and curb the spread of the virus.

"I am staying home (and ranting) for us ALL," she wrote in the caption. "For my fellow cancer warriors who fight hard every day for more time. For my mom. For my family. For my husband. For my mother in law and father in law. For my friends. For my friends kids. For every single one of you."

She also noted her battle with cancer.

"For myself with stage 4 cancer, my battle is hard enough. For one of my closest friend of over 28 years who has decided to end her battle with metastatic cancer and is in the hospital for the last time alone," Doherty wrote. "For every doctor and hospital worker. For every person at a grocery store doing their best to help. For every person forced to be on the front lines.

She concluded, "I’m doing this for us. Please join me," adding the hashtag #stayhome and several heart emojis.

END_OF_DOCUMENT_TOKEN_TO_BE_REPLACED

END_OF_DOCUMENT_TOKEN_TO_BE_REPLACED
Recent Posts
We and our partners use cookies on this site to improve our service, perform analytics, personalize advertising, measure advertising performance, and remember website preferences.Ok