Stacey Dooley, 32, hit back at a negative comment from one of her followers while filming her latest documentary in Nigeria this morning. The Strictly Come Dancing winner faced backlash when she posted a selfie with an African woman in view of her 728,000 Instagram followers this morning. One particularly frustrated Instagram user responded to the snap: “At least this black person is old enough to consent to being in a photo with you.” The critic’s comment comes after Stacey was accused of acting like a “white saviour” by MP David Lammy, 46, on Twitter earlier this year.

David’s criticism referenced the documentary filmmaker’s photo with a Ugandan child, which she posed for while working with Comic Relief in February.

In response, Stacey wrote: “I understand the wider conversation that people want to have, and I understand that some are saying they feel it’s a tired narrative… I get that.

“What is not okay is people making out like we were somehow sinister in our approach.”

Looking back to the controversy caused back in February, she continued: “‘She lied! She’s been exposed!’… It’s just completely untrue to suggest we didn’t ask for consent.

“We spent the day with his grandad. He has a working relationship with Comic Relief.”

The star then angrily added: “Also, people saying, ‘she’s not listening, she doesn’t wanna hear criticism’ is bull**** too.” 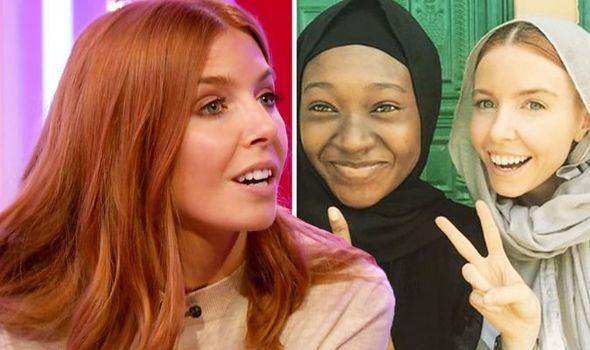 Stacey continued: “I’m willing to listen and learn, however I’m not willing to feel I have to justify myself to those who have already made up their mind, based on info they’ve been fed, by people who weren’t there.”

The presenter was reportedly hit with more disapproval about her Comic Relief films when she appeared at a Sheffield Doc/Fest event on Monday.

Addressing the incident in the comments section of her post, Stacey wrote: “A guy this week shouted out his concerns, and instead of trying to brush it off, I made sure he was given a microphone and then went up to him after the talk had finished and gave him my personal details.

“Ultimately, the main priority is that the people on the ground felt happy with my behaviour. 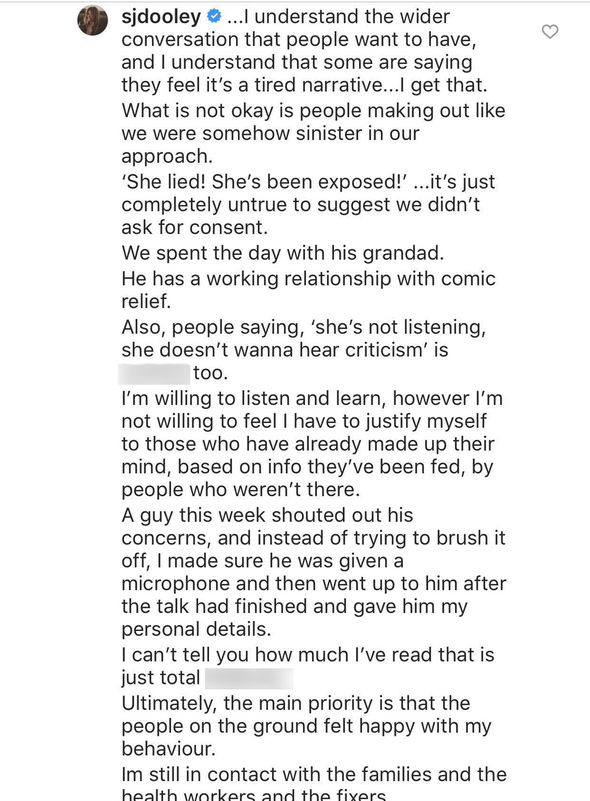 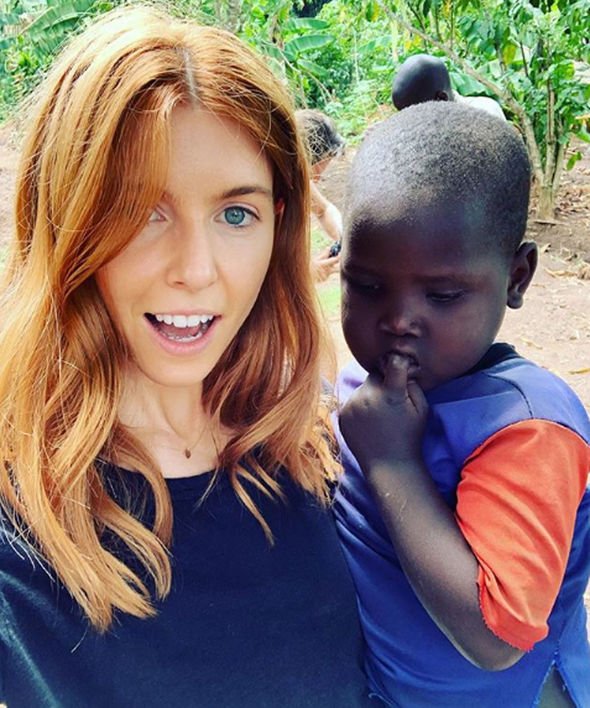 “I’m still in contact with the families and the health workers and the fixers.

“I’ve taken on board what people are saying. Clearly Comic relief have too.

“Essentially, what I’m saying is, of course everyone is entitled to their opinion and to voice concerns. But please make sure you have the information and your not making comments based on assumption x x.”

Some of Stacey’s fans took to the comments section to defend the TV personality, with one writing: “Unfortunately there are always trolls. You’re a lovely person and don’t need to explain yourself.”

A second agreed: “Well said I suppose everyone has an opinion but uninformed ones are not helping are they? Keep at it x.”