Stacey Solomon, 30, has taken to Instagram to show off her latest craft project this afternoon. The Loose Women presenter shared an insight into her “odd sock pumpkin” creation with her 3.7 million followers and gushed over the results.

She said while speaking about her autumnal DIY efforts: “I have wanted to try and do something with all of our odd socks for ages and instead of throwing them away, so here we go.”

Stacey captioned her post: “It’s an odd sock pumpkin. I love it so, so much…I’m going to do them all and make a little display.”

However, the star revealed her boyfriend Joe Swash, 38, was less than impressed with her latest creation because she had stuffed the pumpkins with tumble dryer sheets and used his socks to make them.

“Joe in the background pretending he’s actually put a wash on this year moaning about the tumble dryer sheets,” she added. 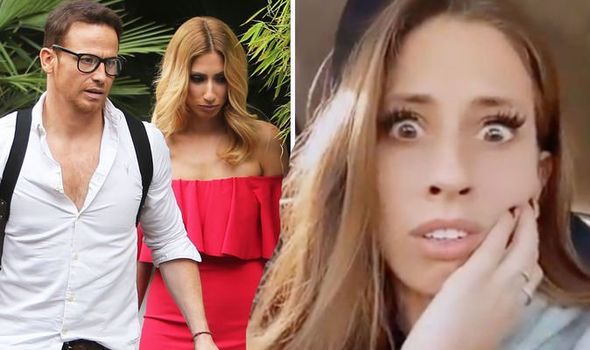 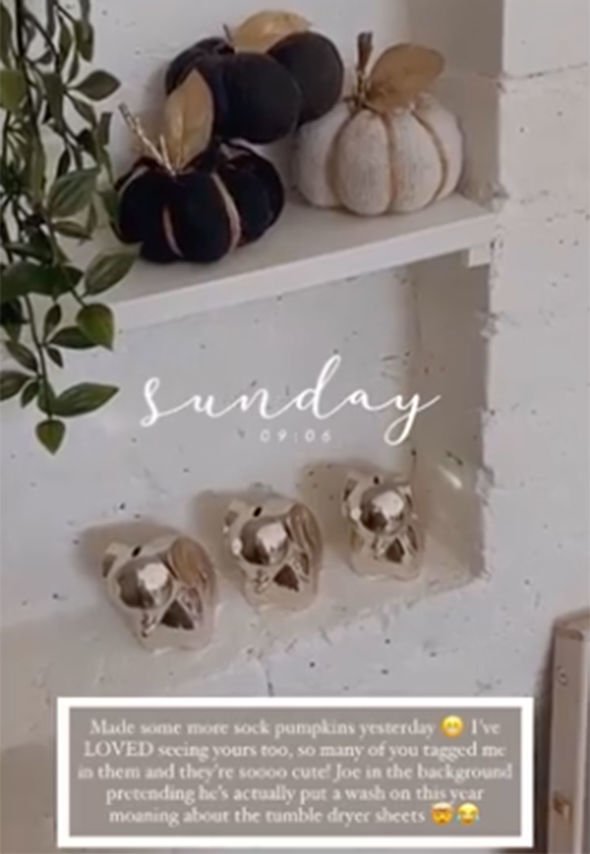 Unfortunately for Stacey, Joe still hadn’t let go of the situation when they ventured out together in the car.

The former X Factor contestant filmed herself listening to her beau ranting about the pumpkins costing too much money to create, as she admitted she “can’t cope”.

He argued: “It’s supposed to save us money, not cost us money. You’ve spent about £15 worth of my socks, I still wear them, you’ve done about £4 worth of those sheets you put in the tumble dryer… the maths don’t work!”(sic)

“They were odd!” Stacey hit back, questioning why Joe was so concerned about losing the mismatched socks. 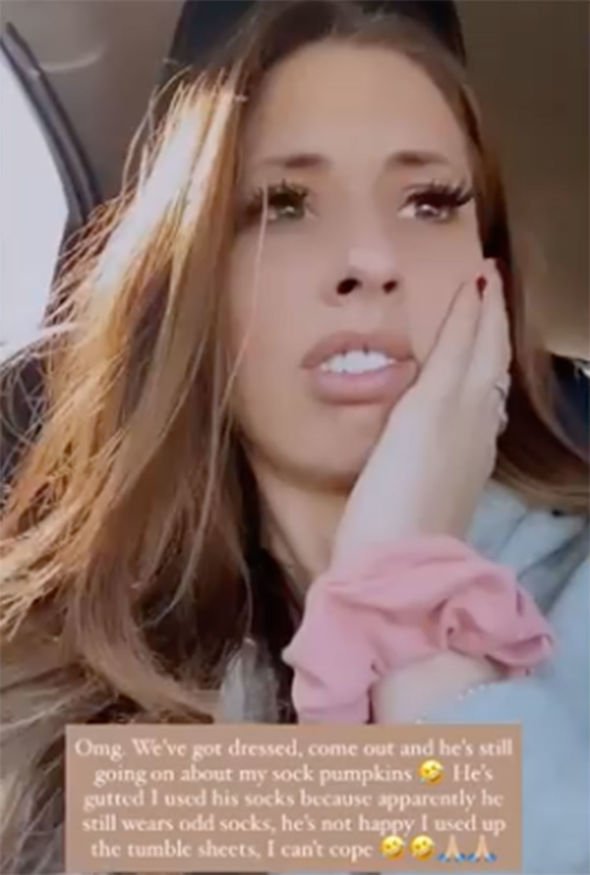 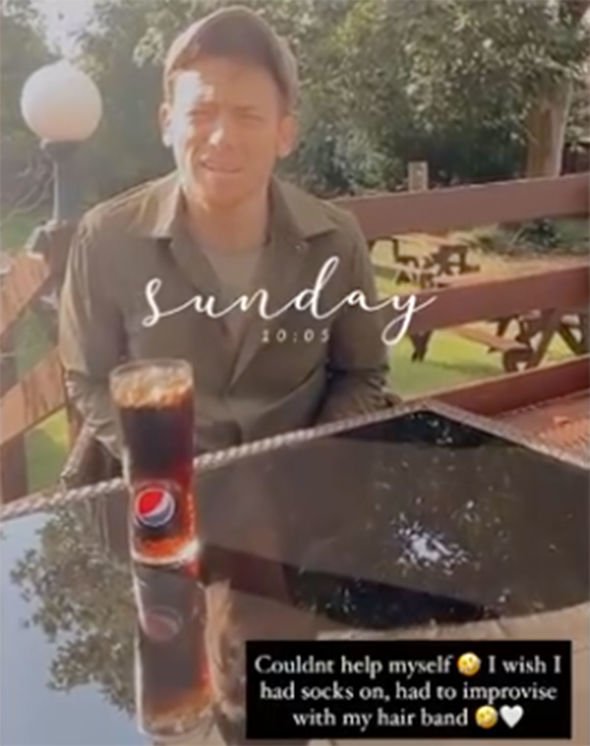 She explained to fans in the caption of her clip: “OMG. We’ve got dressed, come out and he’s still going on about my sock pumpkins.

“He’s gutted I used his socks because apparently he still wears odd socks, he’s not happy I used up the tumble sheets. I can’t cope.”

Stacey could then be heard trying to sell her boyfriend on the idea, adding: “You have to admit they are cute though?”

Joe responded: “They’re all right. They’re not the greatest!”

Stacey saw the funny side of her beau’s mischievous remark and replied “put a sock in it”, before cheekily throwing a sock at him.

Elsewhere, the mum-of-three said Joe doesn’t feel “very comfortable” disciplining her sons from previous relationships, Leighton, eight, and Zachary, 12, when she is around.

Stacey, who also shares one-year-old Rex with the Dancing on Ice winner, said it can be a “really hard dynamic”.

Speaking on Loose Women earlier this week, Stacey shared: “That’s another thing though with blended families as well, isn’t it?

She continued: “If I’m around I always think that’s my job. Joe needs to have that friendly relationship.

“If he’s on his own with the boys then I expect him to discipline if they do something wrong, but outside of that he doesn’t.”

“It’s a really hard dynamic. It just depends how your household is and who’s there,” Stacey explained.

Joe is also father to his son Harry, 13, from a previous relationship.

END_OF_DOCUMENT_TOKEN_TO_BE_REPLACED

END_OF_DOCUMENT_TOKEN_TO_BE_REPLACED
Recent Posts
We and our partners use cookies on this site to improve our service, perform analytics, personalize advertising, measure advertising performance, and remember website preferences.Ok