Stephen Colbert inserted burp and fart sounds into his monologue in solidarity with Wendy Williams, who passed gas on-air this week.

Wendy Williams has the support of Stephen Colbert after she belched and appeared to fart during her talk show earlier this week. Stephen addressed the situation on the March 17 episode of his own show. To make Wendy feel better, he even shared a version of one of his recent opening monologues that was dubbed with the sounds of burps and farts. Stephen joked that the sounds were edited out of his actual show since it was pre-taped.

“Being a talk show host is a brotherhood and a sisterhood,” Stephen explained. “I just need to take a moment here to talk about a crisis in daytime talk, featuring a colleague who I think is getting a lot of unfair criticism. [Wendy] Williams was in the middle of her show Monday, talking about the latest Kim Kardashian news, when this happened.” He then played the clip, which featured Wendy letting out a loud burp on-air. She also appeared to pass gas as she repositioned herself after the belch. 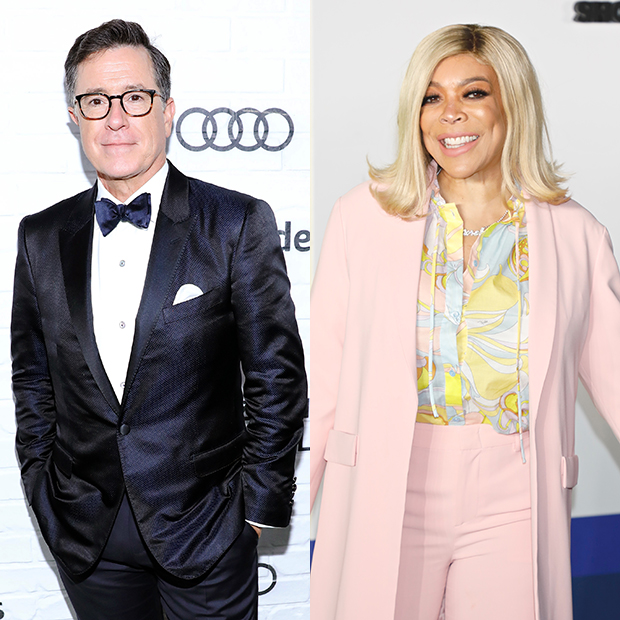 Wendy profusely apologized to her audience afterward, but Stephen urged her to embrace the natural bodily functions. “Don’t you dare apologize, Wendy!” he said. “Wendy was slinging such hot gos, her G.I. tract had to chime in and dish. Also, why not let ’em rip! No one cares. Everyone’s already wearing a mask out there.”

Of course, the video of Wendy had already gone viral at this point. Wendy’s show is generally filmed live, so she was unable to edit out the unfortunate mishap. After years in the business, though, Wendy is used to dealing with unexpected moments on-camera.

Back in Jan. 2020, fans also thought she had farted on the show, but Wendy shut down the speculation. “I’ve never farted once on this show,” she insisted. “I barely fart. You know why? Because gas gets released several different ways, and mine is belching because all I do is talk.” She has not yet addressed whether or not there was a fart this time around, though!