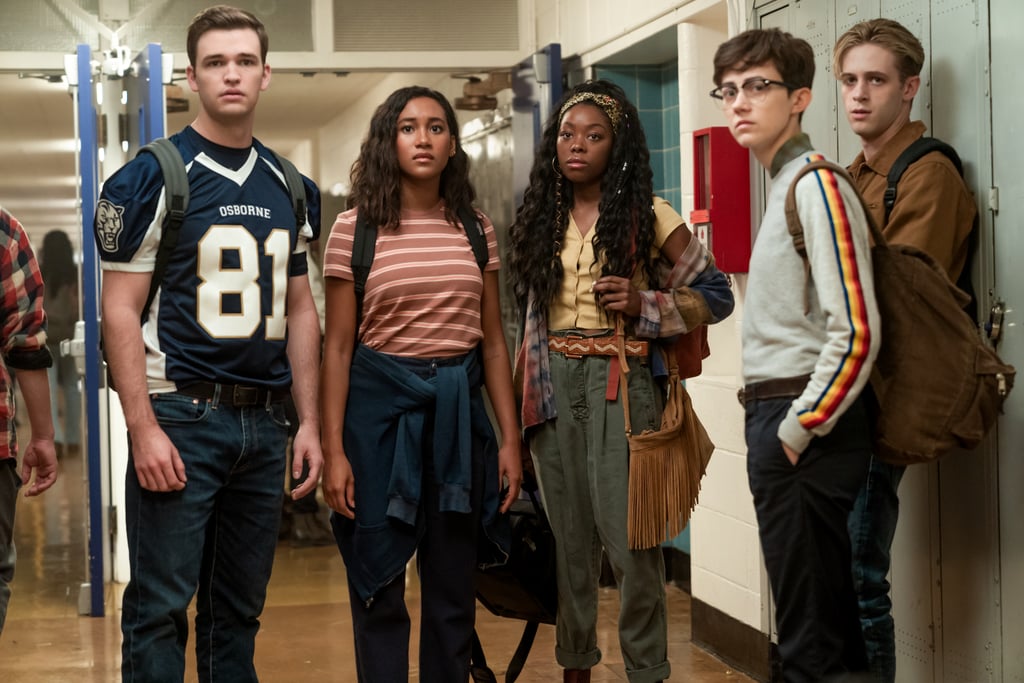 Netflix has added a new slasher horror film to its queue just in time for Halloween! Based on the 2017 novel by Stephanie Perkins, There’s Someone Inside Your House centers on the graduating class at Osborne High who are being stalked by a killer who is hellbent on exposing their darkest secrets to the entire town and terrorizing them while wearing a mask of their own face. The film stars Sydney Park, Théodore Pellerin, Asjha Cooper, Dale Whibley, Jesse LaTourette, Diego Josef, Burkely Duffield, Sarah Dugdale, William MacDonald, Andrew Dunbar, and Markian Tarasiuk. Despite the movie’s terrifying premise, the cast all seem to have formed a real bond, celebrating birthdays, going out for dinners, and just having a whole lot of fun together. See for yourself in the pictures ahead and make sure to check out There’s Someone Inside Your House, which is streaming on Netflix now.