By now, most Harry Potter fanatics out there have caught wind of Universal Orlando’s latest attraction, Hagrid’s Magical Creatures Motor Bike Adventure. While it officially opened to the public as of Thursday, June 13, the cast of the Harry Potter films previewed it Monday, June 10, and I previewed it Tuesday, June 11. After testing the new Hagrid Ride at the Wizarding World of Harry Potter, I can safely say it’s unlike any other ride out there.

Nestled adjacent to the Hogwarts Express in Universal Orlando’s Islands of Adventure is the park’s newest attraction, officially called Hagrid’s Magical Creatures Motorbike Adventure. Immediately upon entering the queue, guests are essentially immersed into the realm of Hagrid’s class at Hogwarts, Care Of Magical Creatures. And after testing the ride for myself, I have to say it truly is an adventure from start to finish.

After walking a lengthy distance through cave-like corridors, past desks stacked high with textbooks, and beyond a crackling fireplace, you make it to the start of the ride. From there, you pair up with a pal, and choose between mounting an actual motorbike or crouching in your friend’s sidecar. Other riders at the park recommended trying both — one after another — and testing out different motorbikes. Alan Gilmore, the Art Director of the Harry Potter films and The Wizarding World of Harry Potter tells Elite Daily it’s a totally different experience based on where you sit during the ride. "With this, there are seven motorbikes, and each one gives you a totally different experience," Gilmore says. "We brought a lot of very seasoned theme park people through it, and some of the reviews were absolutely crazy."

So, what’s it like to ride? Upon takeoff, you pass a lifelike, talking replica of Hagrid (which is voiced by the original actor who portrayed Hagrid in the films, Robbie Coltrane). He will give you directions (and "speak" to you throughout the entirety of the entire ride) as you zip along a mile-long track and race through 1,100 planted trees at almost 50 miles per hour. The ride goes up and down, almost upside-down, and — at one point — backwards. While there aren’t any major drops, the motorbike-esque speed is what really adds to the thrill. 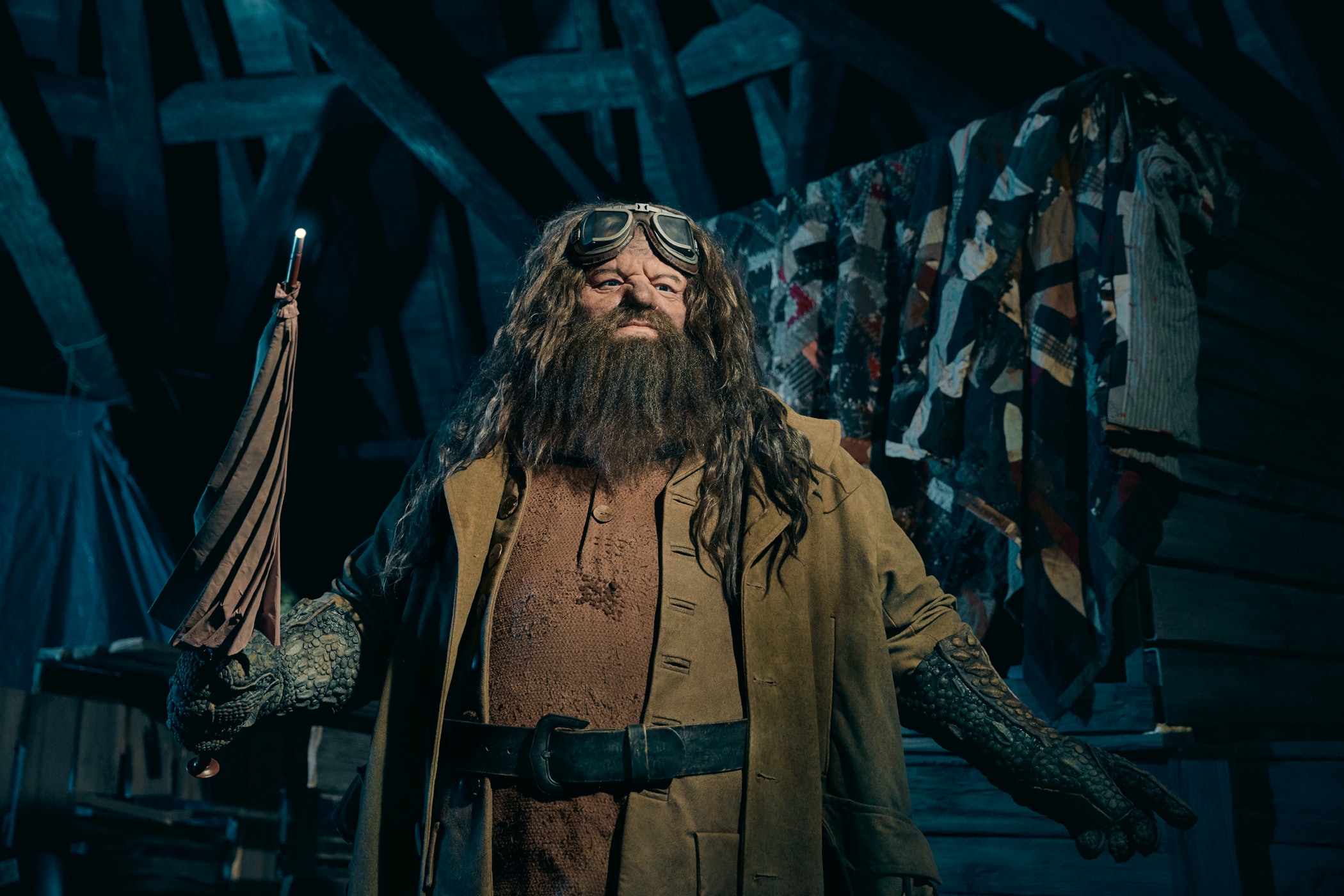 "It’s not a roller coaster that takes you high in the sky — you stay very close to the ground," Warwick Davis, (who plays Professor Flitwick, a Goblin bankteller at Gringott’s, and Griphook), tells Elite Daily. "But it gives you a real sense of speed and acceleration, which makes sense because it’s simulating Hagrid’s motorcycle."

The best part, however, is the wide range (and quality) of the visuals. After passing by Hagrid, you zoom past replicas of centaurs, unicorns, the flying car which has been taken over by Cornish Pixies, and Fluffy the three-headed dog, from Harry Potter and the Sorcerer’s Stone. At one point, you even get trapped in Devil’s Snare, and although you "aren’t supposed to panic" to get out from Devil’s Snare, apprehension feels somewhat inevitable. 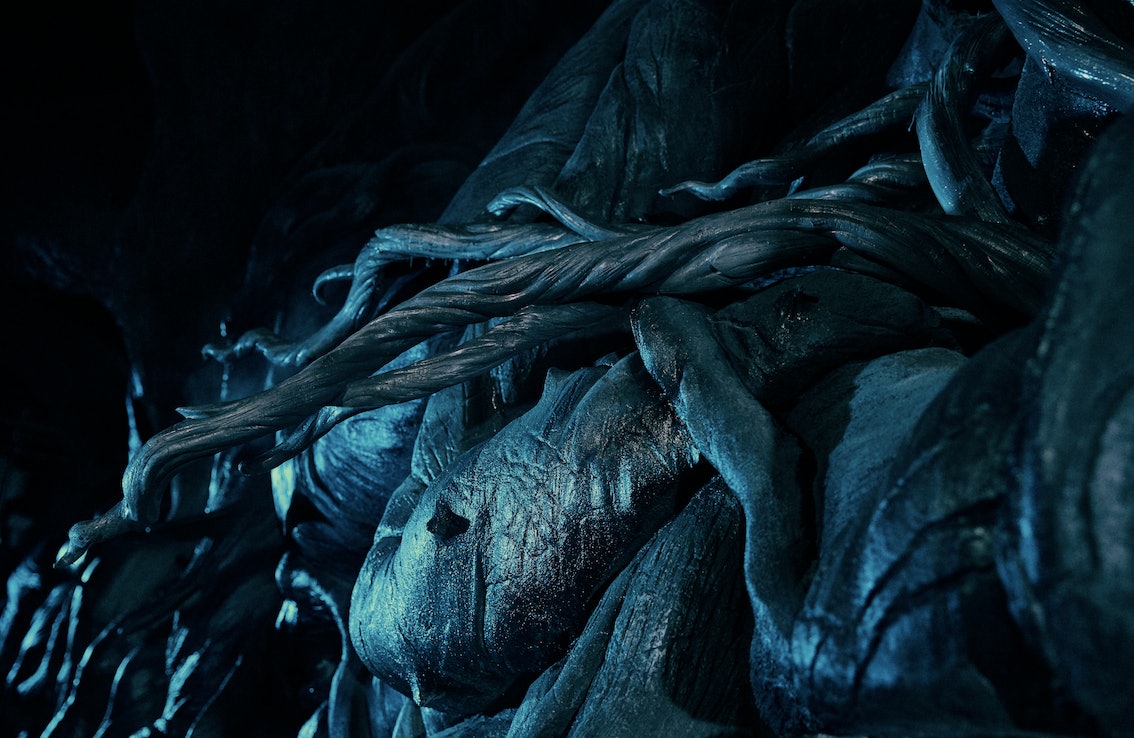 Unlike many rides in the park that utilize screens, each of these visuals are simply (quite life-like) robotic creations. Honestly, that was probably the best part of it, and Tom Felton (who plays Draco Malfoy) seemed to agree. 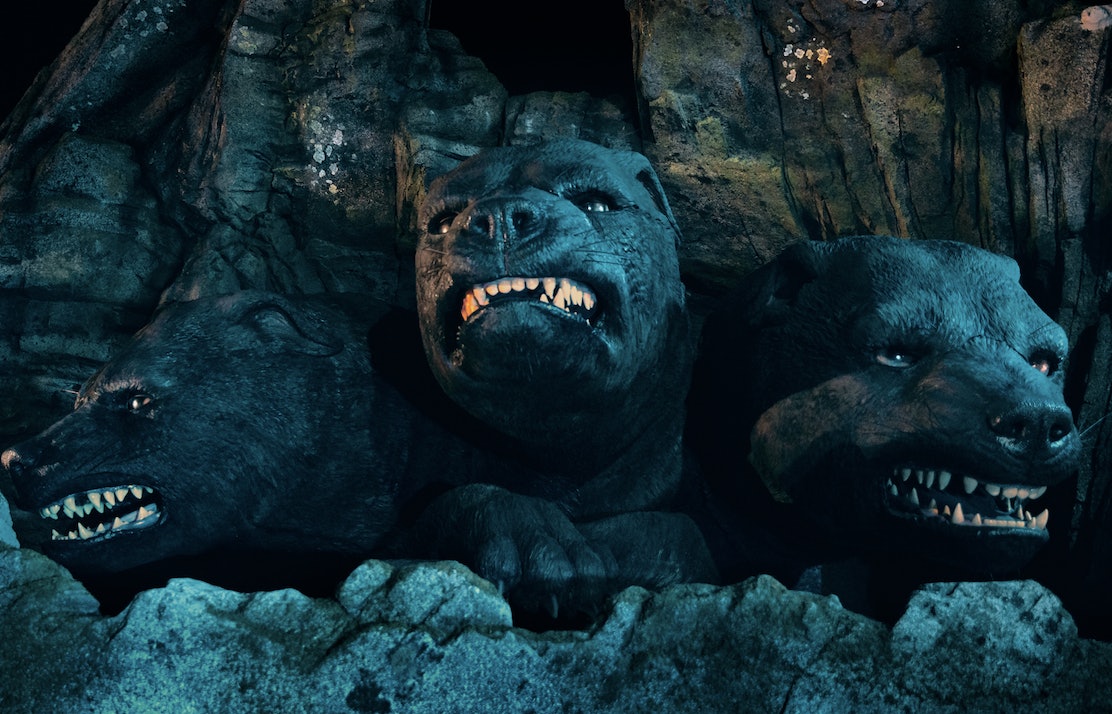 "It’s all right in front of you. A lot of other rides use a lot of screens and 3D effects, but with this, it’s all practical, and artistically executed" Felton tells Elite Daily. "They set a high precedent for the rest of the park, and they exceeded themselves on this one, I think." 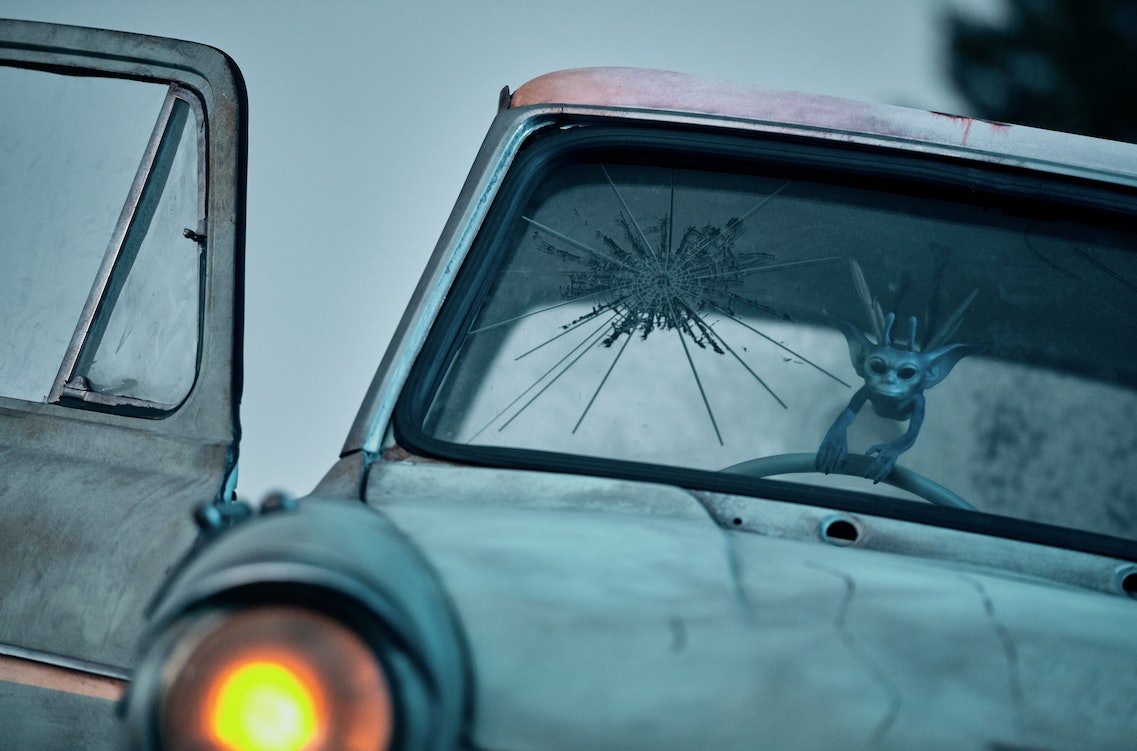 After a vertical drop through that ghastly Devil’s Snare, you get blasted in the face with "a smell that comes from that scorpion thing that farts," Rupert Grint (who played Ron Weasley) describes to Elite Daily. Once you make your way out from the creature-infested woods safely, you coast to the end, where you pass a unicorn and its colt. 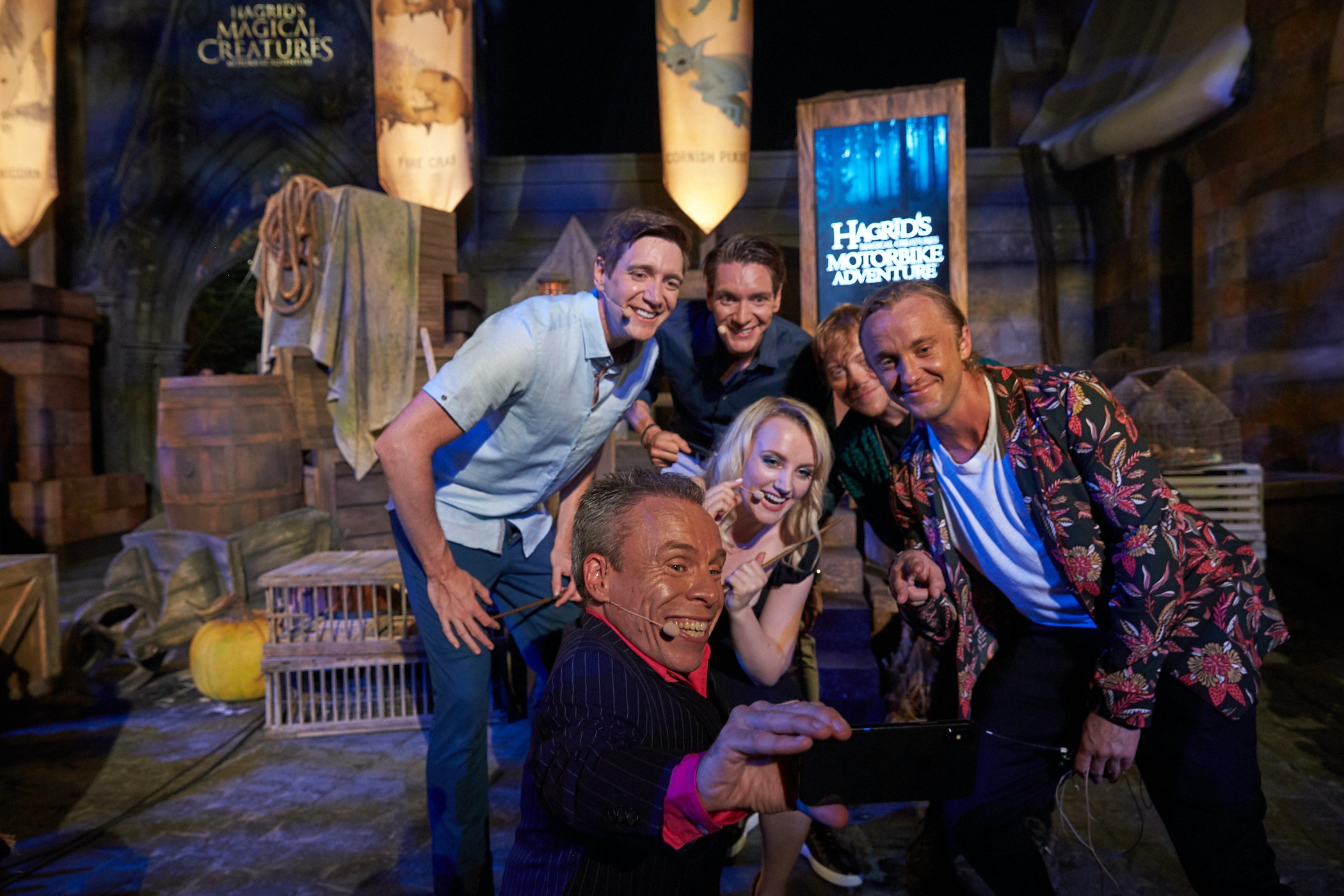 In my opinion, Hagrid’s Magical Creatures Motorbike Adventure is a good reason itself to travel down to Universal Orlando. Definitely bring some Chocolate Frogs or Every Flavored Beans with you, though — according to Orlando Sentinel, you may have to wait up to 10 hours in line. That lengthy wait time, however, probably wouldn’t deter James Phelps (who played Fred Weasley) from riding it.

"It was way above any expectations," he tells Elite Daily. "Like, you know it’s going to be a big deal. But I think it’s more than just a really big Harry Potter experience. It sets the bar for all roller coasters, really."