Actor, singer, dancer, and one of Billy Cosby’s first accusers Sunni Welles has died at the age of 72. Her son, film producer Shaun O’Banion confirmed her death via Twitter on August 10, calling her an “extraordinary woman” and linking to one of her performances. “It is with profound sadness that I announce that my mother, Sunni Kay Welles, passed away today at the age of 72. If you have a moment, give a listen and think of her. She was an extraordinary woman.” O’Banion also told Variety his mother died in Downey, California after struggling with lung cancer.

Welles had an illustrious career on the stage and screen, performing worldwide and even befriending Elvis Presley. Born Nancy Kay Rihl in Caracas, Venezuela, she immigrated with her family to the U.S. at three years old and entered the entertainment industry at 10. She appeared in “Leave It to Beaver” and “My Three Sons” under her birth name but started going by Sunni Welles as a teenager. The name reportedly derived from her familial nickname “Sunshine” and the surname of television writer Halsted Welles, her surrogate father. Other acting credits include “Quincy M.E.” and O’Banion’s short film, “Lift,” per People. But the mother-of-one was also a talented singer and dancer, making the move to Las Vegas in 1979 to perform as a principal dancer with the Folies Bergère. In the 1990s, Welles performed as a jazz singer with her band Shiver before retiring to work as a spiritual medium, author, and speaker in California.

Sunni Welles was one of Bill Cosby's first accusers 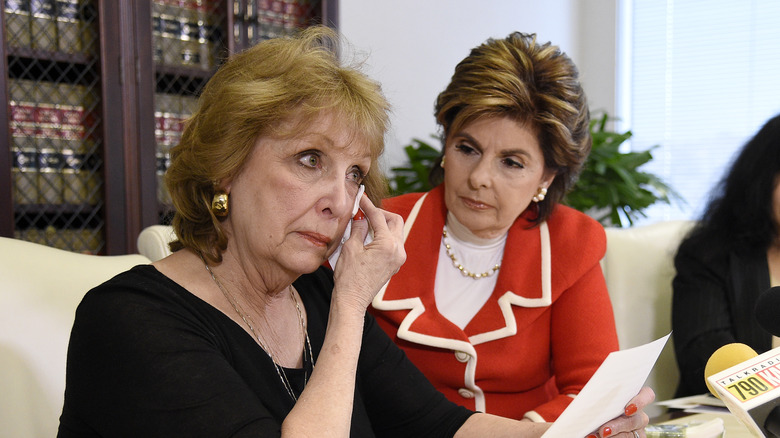 Sunni Welles was in the media again when she took a stand against Bill Cosby in 2015. One of approximately 60 women, Welles claimed the disgraced television star sexually assaulted, raped and drugged her when she was 17. Variety says her accusations are some of the earliest against Cosby, dating back to the 1960s. In a statement released by her lawyer, Gloria Allred, Welles said she met Cosby when she was “a little girl” through her mom, a theatrical agent, and “friend” of his. However, Welles became better acquainted with him on the set of “I Spy.”

Welles alleged Cosby took her to a jazz club and after ordering a Coca-Cola, “things began to become blurry.” “I don’t remember leaving the Club; I don’t remember driving anywhere else. What I do remember next was waking up naked in a bed alone in a sparsely furnished apartment.” Welles got the feeling they had sex and confronted Cosby about it who told her she drank a lot of Champagne and took her to the apartment to “sleep it off.” She believed him and agreed to go out again, but nearly the same thing happened the second time. She never spoke to Cosby again, going on to say, “I believe that Bill Cosby is a sexual predator and a disgusting human being…”  Her family and friends have been encouraged to make a donation to the sexual assault nonprofit RAINN in her honor.

If you or anyone you know has been a victim of sexual assault, help is available. Visit the Rape, Abuse & Incest National Network website or contact RAINN’s National Helpline at 1-800-656-HOPE (4673).