Baldness is something that affects roughly one in five men in the U.S. It can start in the teen years and has a higher chance of happening once a man is over 50, per Dr. Anthony Farole. Prince Charles is balding. Prince William started going bald in his 20s. And now, Prince Harry, 36, is showing signs of hair loss too.

A cosmetic surgeon in the U.K. named Dr. Asim Shahmalack, who works at the highly regarded Crown Clinic in Manchester, pointed out that Harry’s hair loss has accelerated since he moved to California with his wife Meghan Markle, per the Daily Mail. “No two brothers are the same, but both William and Harry have inherited the same baldness gene,” Shahmalack said. “It is too late for Prince William and there is nothing that can be done to reverse his hair loss. Harry still has time if he wants to take action.”

So why has Harry’s hair loss sped up over the past year? Here’s what we know.

Harry's hair loss isn't caused by stress or his move 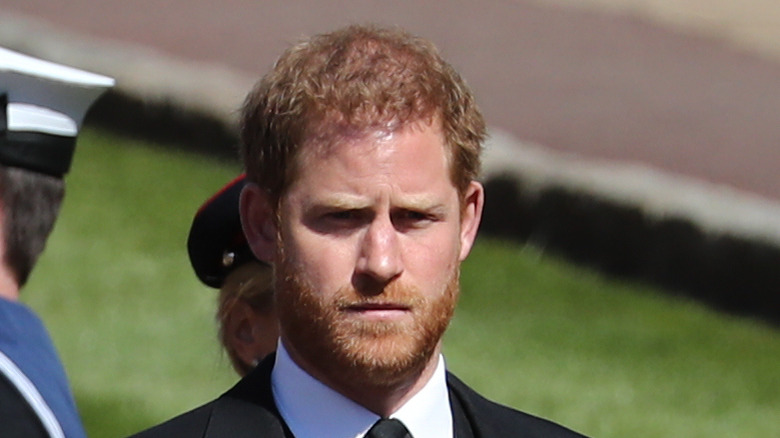 Prince Harry’s hair loss isn’t caused by the stress of her break from the royal family, or his move to California, or even his marriage to Meghan Markle. The fact is, baldness is genetic and can be passed on from a mother, a father, or both. In Harry’s case, the baldness gene is on both Prince Charles and Princess Diana’s sides of his family, though it is stronger on his father’s side.

“He inherited the powerful baldness gene from his father Prince Charles who got it from his father Prince Philip,” Dr. Asim Shahmalak said, per the Daily Mail. “With each generation, the hair loss appears to be getting worse which can happen in some families.” He also pointed out that Diana’s father, Earl Spencer also dealt with baldness.

However, Harry is lucky in that his hair loss isn’t as severe at 36 as his brother Prince William’s was at 26. Hair loss expert Spencer Stevenson confirmed that Harry’s male pattern baldness is a factor of genetics. “His hair loss is 100 percent genetic and not stress-related at all,” he said, per New Idea. “Look at his family gene pool — male pattern baldness is a trait through the generations.”