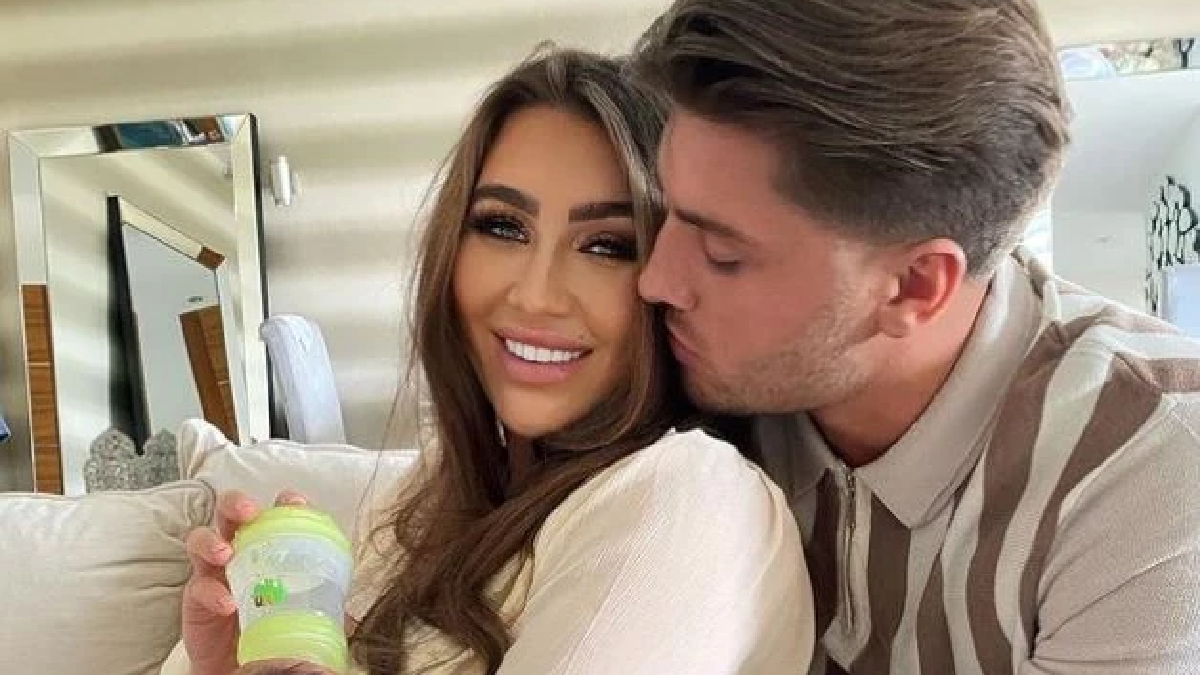 Charles confirmed the news in a post shared on his Instagram story, stressing they will ‘remain civil’ for the sake of their little girl, Larose, who is currently ill in hospital.

Announcing their split, Charles wrote in a statement: ‘Only going to post this once, me & Lauren have decided to go our separate ways.

‘Things must remain civil for the sake of our daughter, Lauren is great mum so when it comes to Larose we both have her best interest at heart so she will still see us both.’

He continued: ‘Id appreciate if people could stop making themselves busy & putting their 2 pence in as no drama is needed round here 👍.’ (sic)

The relationship announcement comes as Lauren revealed their daughter has been in hospital for the past three days with a ‘severe illness’.

‘She caught some sort of virus or infection,’ Lauren explained. ‘I think the bronchiolitis had come back worse and it’s been the hardest 2 days of my life.’ (sic)

Lauren did confirm that her daughter ‘is on the mend’ and thanked NHS staff for helping.

Lauren and Charles became parents to Larose in July, with Lauren saying it was a ‘surreal feeling’.

Sharing a photo of her daughter’s pink night light, she wrote: ‘Never felt love like this, I can’t stop looking at her.

‘I should be sleeping but I have the most amazing princess next to me.

Lauren first announced she was pregnant in January, revealing it was the ‘hardest secret I’ve ever kept!’

The former Dancing On Ice and Celebrity Big Brother contestant was one of the original cast members of the ITV2 show Towie.

The first two series of the show mostly centred on her relationship with her then-boyfriend Mark Wright.