Home » Celebrities » Trump to Ban US Downloads of TikTok, WeChat on Sunday

Trump to Ban US Downloads of TikTok, WeChat on Sunday 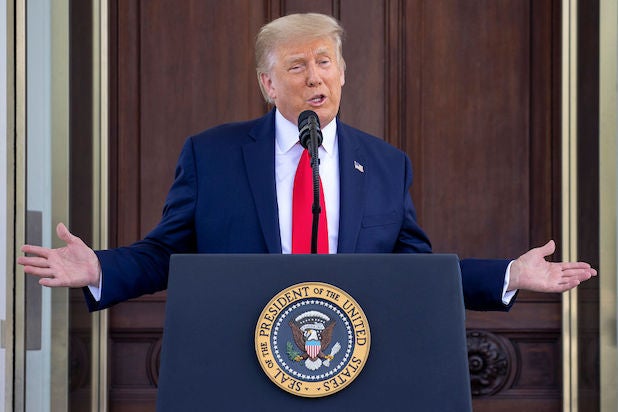 Access to TikTok and WeChat will be blocked in the U.S. on Sunday as President Donald Trump’s executive orders go into effect, the U.S. Department of Commerce announced Friday.

The Department of Commerce banned the “prohibitions on transactions” relating to the two popular Chinese-owned apps, which will require Apple, Google and other mobile app stores to remove them.

“Today’s actions prove once again that President Trump will do everything in his power to guarantee our national security and protect Americans from the threats of the Chinese Communist Party,” said U.S. Department of Commerce Secretary Wilbur Ross in a Friday statement.

“At the President’s direction, we have taken significant action to combat China’s malicious collection of American citizens’ personal data, while promoting our national values, democratic rules-based norms, and aggressive enforcement of U.S. laws and regulations.”

Representatives for TikTok did not immediately return a request for comment.

END_OF_DOCUMENT_TOKEN_TO_BE_REPLACED

END_OF_DOCUMENT_TOKEN_TO_BE_REPLACED
Recent Posts
We and our partners use cookies on this site to improve our service, perform analytics, personalize advertising, measure advertising performance, and remember website preferences.Ok