Willard Scott, whose exhuberant personality and penchant for honoring fans who reached 100 made him a beloved television icon, died this morning at 87. His death was confirmed by fellow Today show host Al Roker. No cause of death was given.

“We lost a beloved member of our @todayshow family this morning,” Roker shared on Instagram. “Willard Scott passed peacefully at the age of 87 surrounded by family, including his daughters Sally and Mary an.d his lovely wife, Paiis. He was truly my second dad and am where I am today because of his generous spirit. Willard was a man of his times, the ultimate broadcaster. There will never be anyone quite like him.”

Scott joined Today in 1980. He began his 65-year career with NBC as a page at the affiliate station in Washington, D.C., in 1950. Born Alexandria, Virginia, Scott’s broadcasting career began after he graduated from American University in Washington. 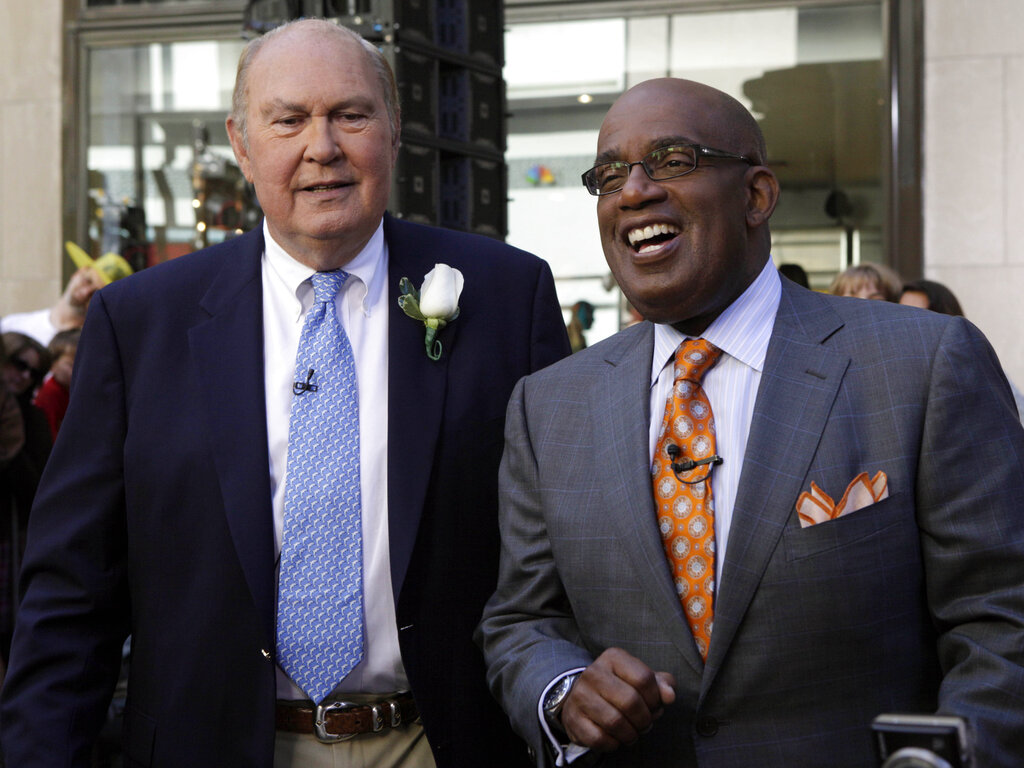 In 1955, he began hosting the Joy Boys radio show on the NBC radio station WRC. He remained on the program until it ended in 1974.

He hosted children’s TV shows in the 1960s and appeared on WRC playing a wide range of characters, including Bozo the Clown. Scott also had the distinction of being the first person to play Ronald McDonald, appearing in commercials in the Washington area starting in 1963.

Scott became the weatherman for NBC’s Washington DC local channel 4 station. In March 1980, he ove to the network, and he replaced Bob Ryan as weatherman on Today.

Not content to merely give the forecast, Scott became known for such stunts as doing the weather dressed as Boy George while the singer was at the height of his fame. He also dressed up as a giant Cupid on Valentine’s Day, in a barrel on the day taxes were due, and a groundhog to celebrate Groundhog Day. He also dressed as Brazilian singer and actress Carmen Miranda in a 1983 episode of Today in order to secure a $1,000 donation to the USO.

The tradition of honoring those who turned 100 years old began In 1983. Scott honored a viewer’s request to wish his mother a happy 100th birthday. That tradition lives on.

Scott became an all-purpose symbol of fun in his career. He dressed as Santa Claus at the National Tree-Lighting Ceremony in Washington, D.C. for several years throughout the ’80s and at multiple events held at the White House. He co-anchored NBC’s coverage of the Macy’s Thanksgiving Day Parade from 1987-1997, and had a recurring role as Mr. Poole in the sitcom The Hogan Family.

In 1996, Scott semi-retired and was replaced on TODAY by Al Roker, but occasionlly filled in for the next 10 years. He officially retired from TV in 2015, wrapping a 35-year run with TODAY.

He was married to wife Mary Dwyer Scott from 1959 until she died in 2002. They had two children. He is survived by wife Paris Keena, whom he married in 2014.