Home » Fashion » Euphoria season 2 is proof that sexy really *is* back, in fashion at least

Euphoria season 2 is proof that sexy really *is* back, in fashion at least

Written by Naomi May

With its signature rhinestone-adorned, figure-hugging, 00s-infused strain of glamorous DNA, there’s no other show on TV like Euphoria. But it’s more than just fashion for the zeitgeist; the show implores watchers to embrace feel-good fashion that’s fun, fabulous and, of course, flirtatious.

Usually, an evening of television in my house follows one pattern. Eat, watch, bed. Nothing notable, just a standard evening of binging the OG Sex And The City/The Sopranos/whatever new hot show Stylist’s culture team recommends.

But last night, that pattern was thrown into disarray. Of course, I ate, but then I watched Euphoria, which, as only Euphoria could, put my nightly routine into a tailspin. While on other occasions, I’d slink off to bed once the credits rolled, last night I was spurred into action. As the episode drew to a spellbinding close (no spoilers here), I turned on Gerry Rafferty’s Right Down The Line (which features in the debut episode) and rummaged through my wardrobe with all of the ferocity that my teenage self once had. The one that could only ever have dreamed of being as put together as the show’s stable of stars.

Hunter Schafer starring as Jules in the sophomoric season of Euphoria

In my mind’s eye, I saw Kat’s black silk off-the-shoulder Mimi Wade dress, Jules’ sheer Orseund Iris / Maroske Peech / NIHL mash-up, Cassie’s pearl-adorned eyes and Maddie’s rhinestone-covered Amina Muaddi slingbacks, and I wanted to channel all of it. I wanted to, quite literally, shed the layers of my January self and step into something altogether more cool, cutting and down right coquettish.

Apparently, Euphoria, the provocative series that’s the brainchild of its writer and director Sam Levinson, is not only food for thought but fashion too. Not since Carrie Bradshaw twirled onto our screens in a tutu and a pair of barely-there Manolos has a show’s depiction of style been so accurate and so mesmerising to watch.

Alexis Demie as Maddy, wearing a custom dress by Akna and Amina Muaddi heels for the debut episode of the second season

It’s little wonder then, with its finger firmly on the pulse, that Euphoria’s style has struck a chord with Gen Z and adults alike since it first burst onto our screens in a rhinestone-filled splash in 2019. Following the news that a sophomoric season was coming last year, searches for Euphoria style signatures rocketed. The Stussy shirt that Zendaya’s character Rue wore for the season two teaser promptly sold out, while searches for Collina Strada, one of Hunter Schafer’s character Jules’ favourite brands, spiked by 150%.

Of course, it’s no surprise that Euphoria’s sheer, short and sexy style has resonated so firmly, given our collective desperation to return a little of our former lives, and selves, from the clutches of the pandemic. If anything, the spring/summer 2022 collections were a case in point that sexy really *is* back. Barely-there, flesh-flashing fashions were purveyed by Nensi Dojaka, Supriya Lele and, Euphoria favourite Eckhaus Latta, which was a style stalwart throughout the debut season of the show. 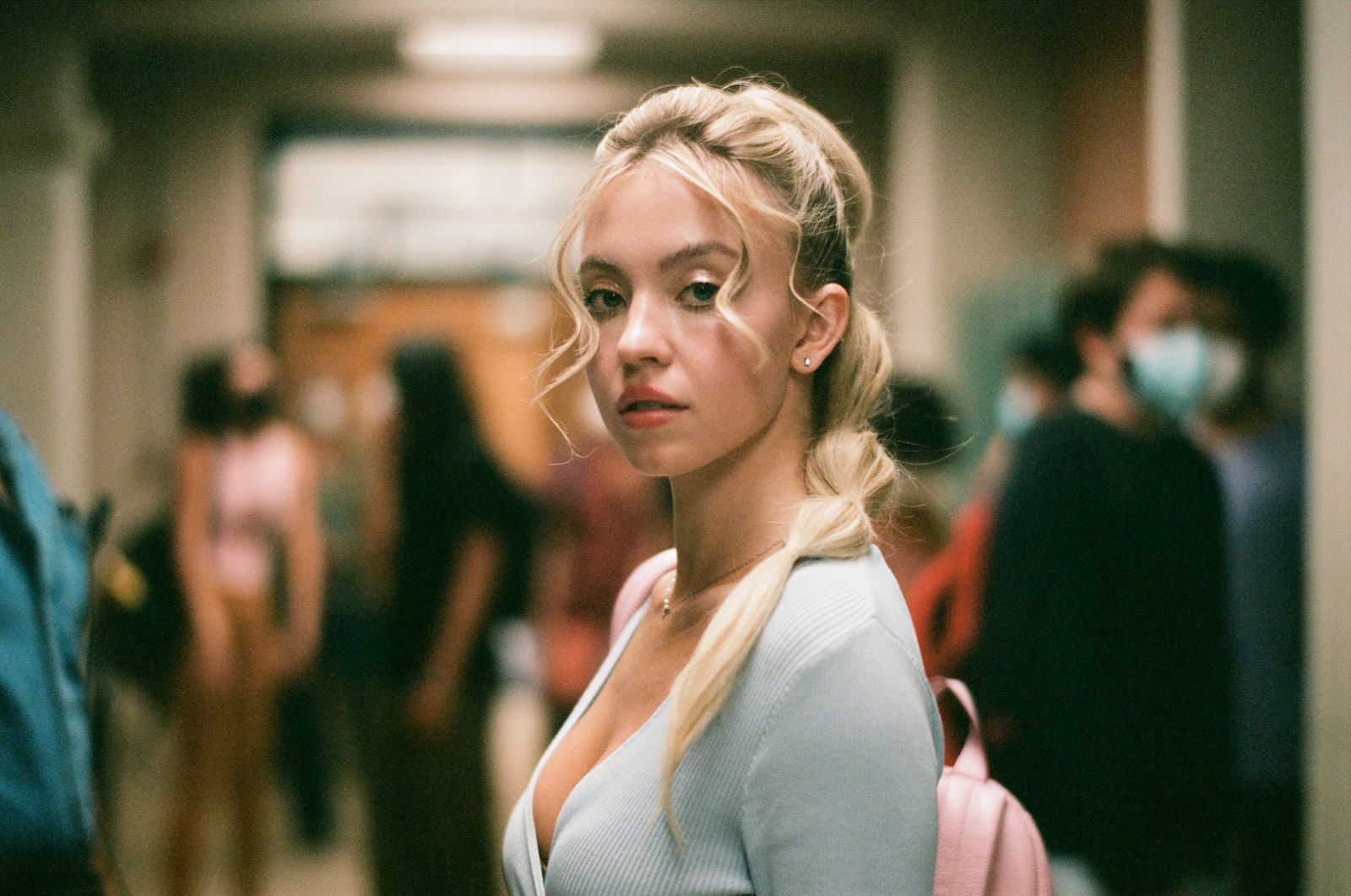 Sydney Sweeney is back for the second season of Euphoria with pearl-adorned eyes.

For anyone who, sartorially speaking, feels like they’ve lost something to the pandemic, I implore you to watch Euphoria. It might not always feel good (the topics it explores are hard-hitting, to say the least), but it will always stylistically inspire you to embrace your inner fashion lover’s wild side.