PARIS — After taking its men’s shows to Shanghai and Tokyo last year, Louis Vuitton is ringing in the new year with a series of men’s fashion events in Paris this month, culminating with the presentation of its fall collection on Jan. 21.

Dubbed “Louis Vuitton: Walk in the Park,” the mix of physical and digital experiences kicks off with a temporary store, open from Jan. 8 to 31 at 28 Quai de la Mégisserie, offering a selection of reissued and new limited-edition sneakers, jewelry and sunglasses designed by Virgil Abloh, men’s artistic director at Louis Vuitton.

From Jan. 18 at the Vuitton flagship on Place Vendôme, meanwhile, visitors will be able to interact with the animated characters known as “Zoooom with friends,” introduced in July as a taster for the brand’s itinerant spring 2021 collection. Through a filter on the LV app, the cartoon figures come to life and take over the facade of the building.

Dressing Up: Greatest Party Looks From the Fairchild Archives

Vuitton did not give any further details about the format of its men’s show, which features on the official calendar for Paris Men’s Fashion Week, running from Jan. 19 to 24.

France remains in the grip of the coronavirus crisis, with a slow start to its national vaccination campaign, and the government has not ruled out tightening existing measures if the spread of the virus accelerates in the aftermath of the holiday season. Stores remain open, though restaurants and bars are still closed.

At Vuitton’s rainbow-themed temporary residency, located close to its Paris headquarters, sneakerheads will have the opportunity to snap up shoes from a “Hall of Fame” featuring the five rarest and most exclusive editions of the LV Trainer first introduced in Abloh’s debut collection for spring 2019.

From Jan. 8 to 15, the space will also offer the latest LV Trainer Upcycling from the spring 2021 line in five colorways, including an exclusive Paris version issued in a total of 95 pairs. The new editions are crafted entirely from upcycled LV Trainer material. The new LV Ollie sneaker will be on display in six color combinations.

The pop-up will also carry Abloh’s signature chainlink jewelry, with necklaces, bracelets and rings in an exclusive Paris colorway, as well as a small restock of the most sought-after pieces from previous collections. For exhibition only, 12 unique pieces will be displayed on the numerals of a large clock installation. 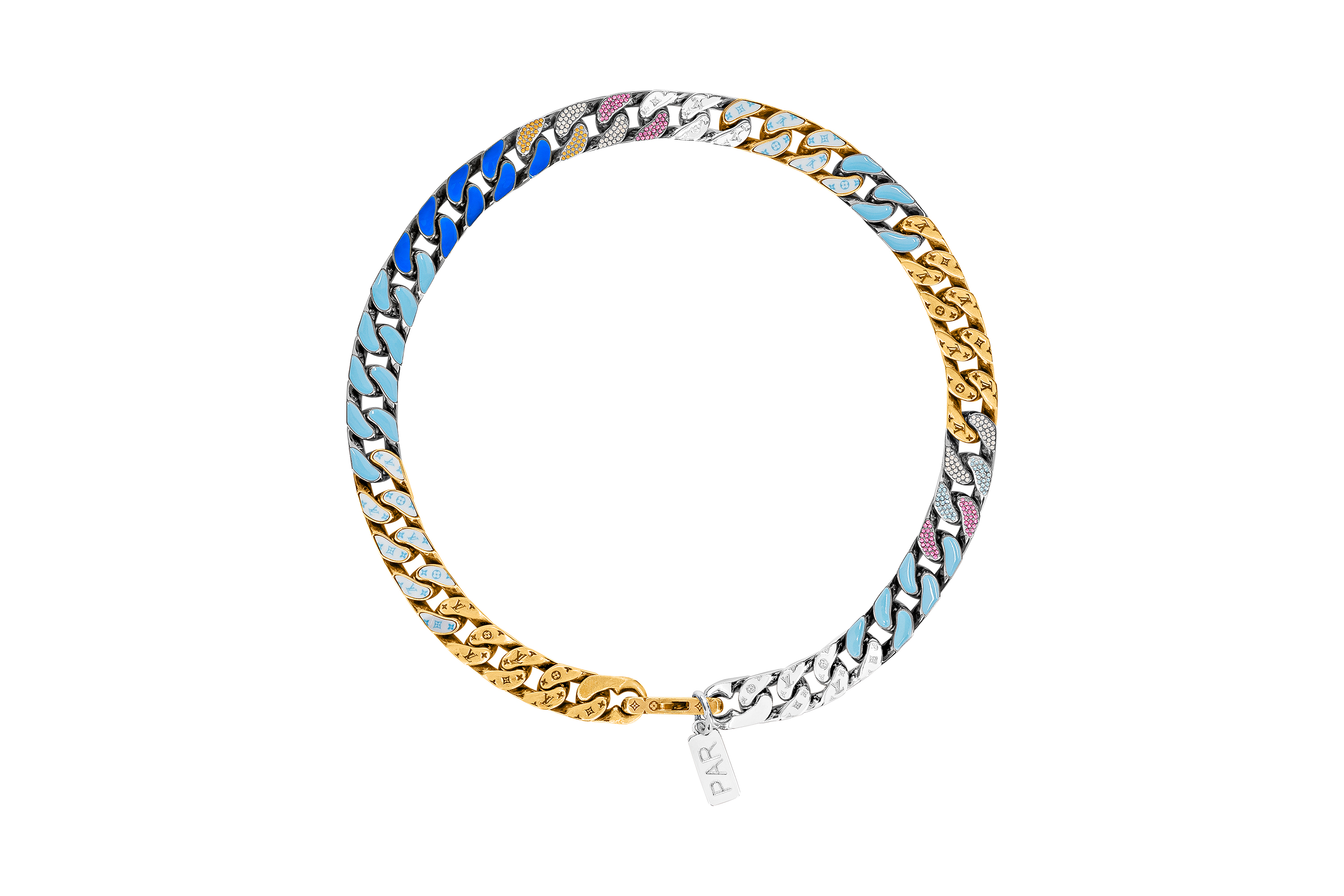 The products on sale will also include past editions of the 1.1 Millionaire sunglasses. Originally designed by Pharrell Williams and Nigo for Louis Vuitton in 2004 under the name Millionaire, they were reinterpreted by Abloh and have become a staple of his collections.

END_OF_DOCUMENT_TOKEN_TO_BE_REPLACED

END_OF_DOCUMENT_TOKEN_TO_BE_REPLACED
Recent Posts
We and our partners use cookies on this site to improve our service, perform analytics, personalize advertising, measure advertising performance, and remember website preferences.Ok