Home » Fashion » Fast-track your weight loss WITHOUT ditching any foods and cut 2,500 calories from your diet now

Fast-track your weight loss WITHOUT ditching any foods and cut 2,500 calories from your diet now

WEIGHT loss is great – and it can be pretty easy to shift a few pounds and fast.

But what's the point if you end up piling it back on weeks later?

And a large part of that is making sure that you can still eat your favourite foods.

It's an all to familiar cycle, shed the pounds on a fad diet before watching it creep back on as soon as you start eating again.

But, it doesn't have to be that way.

One expert has revealed a few simple swaps to your diet can drastically reduce the calories – without banning any foods.

Graeme Tomlinson, AKA The Fitness Chef, has been sharing fat-busting snack swaps with his Instagram followers for ages – teaching about portion control and calorie-content.

"There are no good or bad foods," the 31-year-old tells The Sun.

"I’m trying really hard to encourage people to include all types of enjoyed food in their diet.

"A common problem we have had drilled into us by dieting culture is the misconception that certain nutritious foods help fat loss."

It's all about portion control

He insists that calories are what ultimately determine body composition.

So while you need ultra-nutritious food for our vital functions, it's calorie control that determines how much fat we have.

"This relates to how many calories we consume and how much we move," he says.

"It’s very simple. Nuts and a smoothie are definitely nutritious and satiating than chocolate and crisps, but if all are equal in calories they will ultimately result in the same effect on body composition."

So that means that you can have your favourite treats so long as you understand how calorific they are and you make allowances for that calorie content in the rest of your diet.

"Any enjoyed food can be eaten in moderation," Graeme says.

"But if we have a nutritional goal it’s probably a good idea that we are aware of the nutritional information of the food we consume.

"This way we will realise that any food can fit our plan, but crucially, how much of it.

"Low-calorie alternatives can be a great inclusion for those who enjoy the original high-calorie items, but want to reduce calorie intake for fat loss." 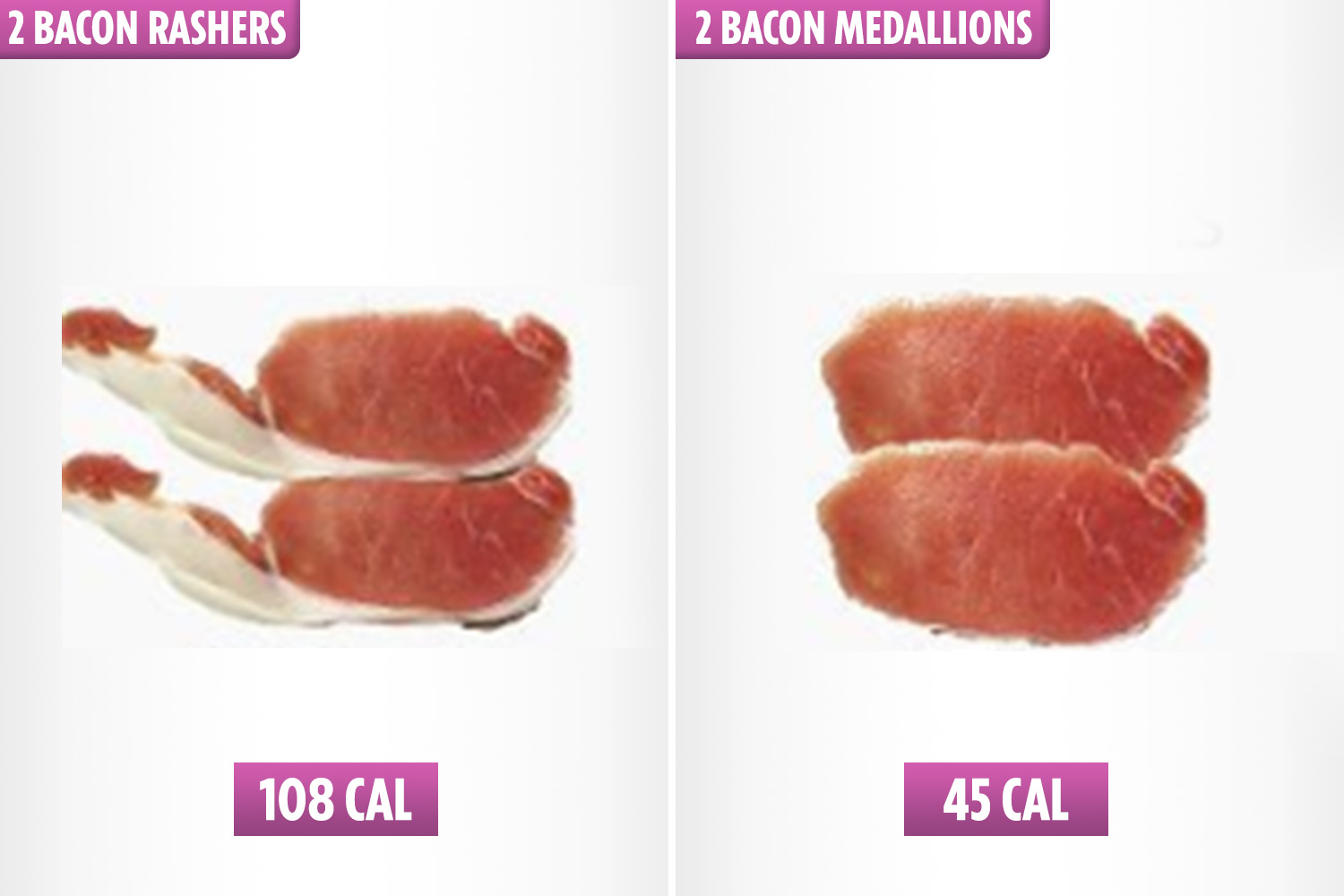 Love a bacon sarnie for breakfast? Fine – just swap from having bacon rashers to bacon medallions.

Not only will you get a much more meaty meal, but you'll be going from 108 calories to 45 calories and getting rid of lots of saturated fat.

An easy way to reduce calories is simply to switch from having milky coffee (or at least, full-fat milk) to the black stuff.

Milky coffee weighs in at 50kcals, while black coffee has under 5kcals a cup.

Don't like black coffee? Give herbal teas a go or switch to a skimmed milk.

Halo Top ice cream contains around 25 per cent of the calories of a Ben and Jerry’s tub. 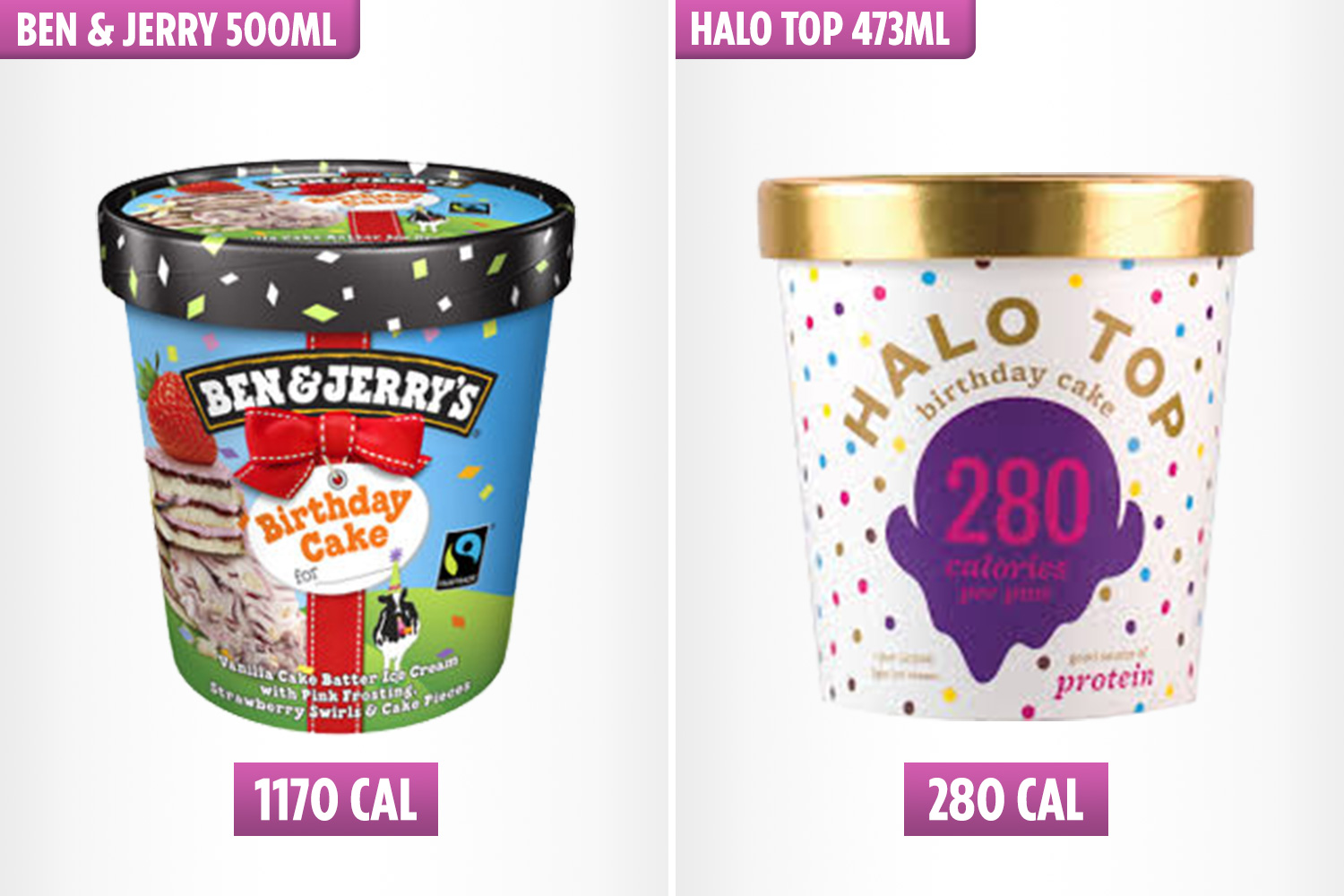 You don't have to ditch beer just because you're trying to shed body fat.

Becks Premium Light contains half of the calories of the standard bottles, while slimline tonic reduces glasses of G&T by 60kcals. 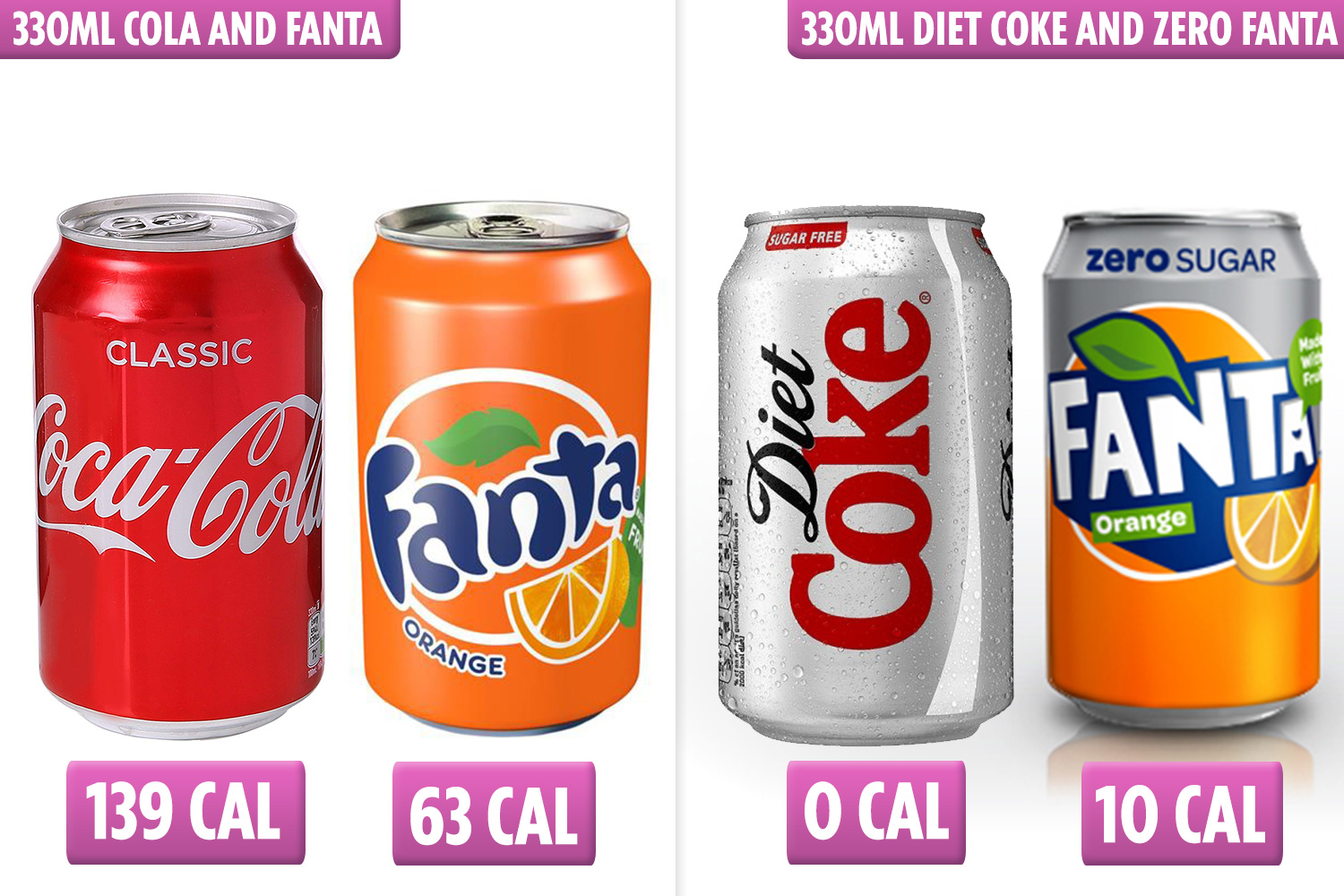 Diet Coke has zero calories compared to, say, "full fat" Coke which contains 150 calories and up to seven teaspoons of sugar.

Energy drinks aren't the best things for you but if you do want to drink them, switching to a lighter version can help save you over 220 calories a tin.

Different steak cuts have different calorie counts, thanks to their fat contents.

Sirloin tends to be a go-to choice for many steak lovers but it can be pretty fatty.

Fillet, on the other hand, tends to be pretty expensive but realistically, you shouldn't be eating too much red meat anyway.

So you're probably better off spending a little more to eat it a little less.

Diet experts tend to say that you've got to switch to eating dark chocolate if you still want to have the odd cocoa treat.

But Graeme says all you've got to do is reduce the size of your milk chocolate bar.

Go for a trusty Freddo over a Cadbury's milk and you'll end up saving nearly 150kcals a pop.

That's not to say that you can't eat the originals, but Graeme says that you're better off enjoying them in more moderation.

There's only one rule to losing body fat, and that's maintaining a calorie-deficit.

It doesn't have to be complicated but you do have to realise that fat loss can take time.

"For true change to occur, we need to take responsibility instead of subscribing to money making machines.

"We need to think rationally and apply common sense.

"If fat loss requires a calorie deficit, becoming aware of the calories we consume is probably a good start."