FEELING that familiar cramping sensation tends to be the first sign your period is on its way.

While many women can ease the discomfort with painkillers or a hot water bottle, for others the excruciating pain just can't be relived. 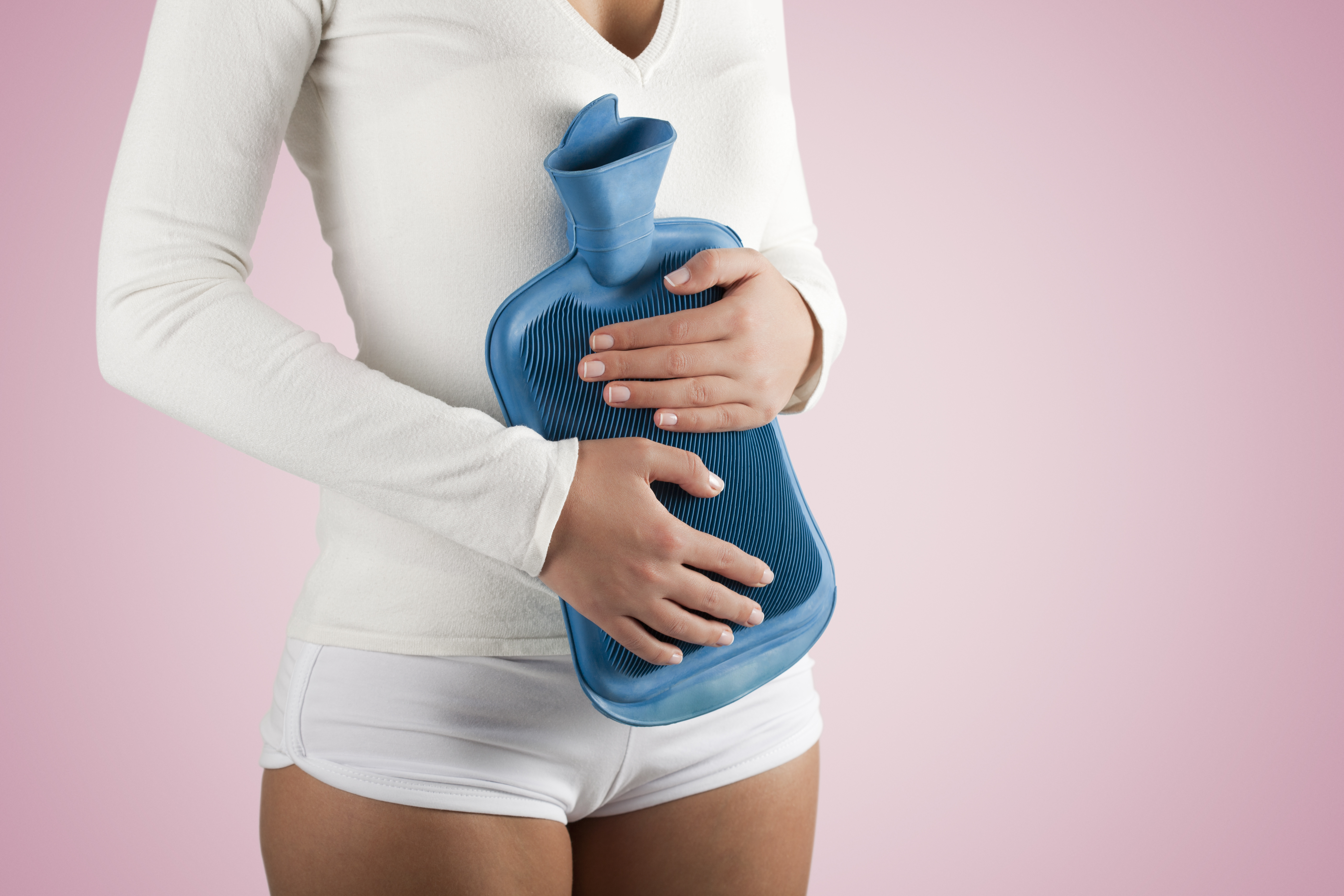 In these cases, that time of the month can be so debilitating it can get in the way of everyday life and make life a misery.

It's known medically as dysmenorrhea and affects up to 20 per cent of women.

Still, many dismiss painful cramps as part and parcel of their menstrual cycle while some are simply too afraid to see a doctor.

But experiencing chronic pain every month could be a sign of something more serious.

Endometriosis is a chronic condition which occurs when tissue which behaves like the lining of the womb is found outside of the womb.

Typically, it's found in areas of the body including the ovaries, Fallopian tubes, the abdomen and the bladder.

The exact cause is unknown, but it's thought it could be hereditary or due to environmental factors – namely the presence of dioxins in the environment.

Symptoms of endometriosis can vary, but the most common include painful or heavy periods, pain during and following sex, bleeding between periods, pain in the lower abdomen and difficulty conceiving.

Dr Sarah Jarvis told The Sun Online: "Endometriosis is one of the more common reasons for really severe period pains – it can be really, really unpleasant.

"And it often extends to other times when you don't have your period and the pain can extend to your low back, your thighs."

She added: "Do be conscious that endometriosis is a commonly misdiagnosed condition – it takes about seven-and-a-half years to be diagnosed.

"Do stop and think and if you are talking to your doctor as 'could this be endometriosis?'."

Fibroids are non-cancerous growths that can develop in or around the uterus.

They are made from muscle and fibrous tissue and can vary in size.

Most women are unaware that they have them because they don't often cause symptoms.

But when they do cause symptoms many women experience heavy or painful periods, tummy pain, lower back pain, a frequent need to wee and pain during sex.

Dr Jarvis said: "On the whole a classic symptom of fibroids is heavy bleeding rather than pain, but they can cause more painful periods."

The exact cause of fibroids is not known but it is thought they are linked to an overproduction of oestrogen.

Fibroids don't need to be treated if they are not causing symptoms as often they shrink on their own.

Pelvic inflammatory disease is an infection of a woman’s reproductive organs and is usually caused by a sexually transmitted disease – the most common being chlamyida.

Dr Jarvis said: "Seventy per cent of women don't develop any symptoms in the short-term when they have chlamydia and the first they know about it is when they have pelvic inflammatory disease.

"But while it can cause bad period pain that isn't the main symptoms as on the whole they may feel generally unwell, possibly feeling feverish, having vaginal discharge and pain during sex."

A diagnosis is usually based on a combination of medical history, a physical exam, and other test results.

Symptoms can include pain in the lower abdomen, fever, unusual discharge, pain or bleed while having sex, pain urinating and bleeding between periods.

If it is diagnosed early it can be treated, however the damage already caused to the reproductive tract by the disease cannot be reversed.

Polycystic ovary syndrome (PCOS) is a common hormone disorder that's thought to affect as many as 1 in 5 women in the UK.

It occurs when the sacs the ovaries sit in are unable to release an egg, which means ovulation doesn't happen.

For many, the only hint of PCOS is irregular periods, while in more severe cases sufferers can be left with embarrassing hair growth on their faces, chest, back and backside.

But it can also cause heavy and prolonged periods.

Dr Sarah Jarvis, GP and Clinical Director, Patientaccess.com, says many women with PCOS will gain weight – but also struggle to lose it as well.

She told The Sun: "The relationship between PCOS and weight is complicated.

"Being overweight increases your chance of getting PCOS, but in some cases having PCOS can lead to weight gain, especially around your tummy.

"Many women with PCOS find it hard to lose weight, too."

Also known as a closed cervix, cervical stenosis is a condition when the opening of the cervix is narrow or completely closed.

It's something you can be born with, or it can happen as a complication of menopause, cancer, surgery that involves the cervix, procedures that remove the lining of the uterus, or radiotherapy.

Dr Diana Hoppe, an obstetrician, said that the narrowing of the cervix means that no blood is allowed to travel through into the vagina.

In severe cases, this means that blood can build up in the uterus which leads to pelvic pain and inflammation.

She told HelloFlo: “This can be diagnosed at a patient’s first year of menses when she feels increased pelvic pressure due to build-up of menstrual blood in uterus.

"In some patients, this blood can go up through tubes and cause endometriosis.”

Moreover, since the opening is so narrow, sperm may not be able to properly fertile an egg and can complicate fertility.

Adenomyosis happens when the bits of tissue that line the uterus – known as the endometrium – grows into the muscle layer of the womb.

Like endometriosis and PCOS, it is thought to affect 1 in 10 women.

It can cause feelings of fullness or bloating which means women with the condition are often misdiagnosed as having irritable bowel syndrome (IBS).

But it can also cause heavy periods and painful cramps.

As it can lead to excess bleeding, women are also at risk of becoming anaemic.

Because the cause of the condition is still unknown, there's not a lot out there other than hormonal treatments and very invasive surgeries.

An IUD, also known as a coil, is a small T-shaped plastic and copper device that's put into the womb to stop women getting pregnant.

When inserted correctly, IUDs are more than 99% effective and last for up to 5 to 10 years, depending on the type.

However it can cause heavier, longer and more painful periods, especially for the first three to six months after being fitted.

There's a small risk of getting an infection after it's been put in.

It's not common, but the IUD can also be rejected, or expelled, by the womb or it can move, which is known as displacement.

They are rare possibilities but if they do happen they can cause severe pelvic pain.

If you have any concerns about your period health or painful cramps, speak to your GP or if it's an emergency always call 999.

END_OF_DOCUMENT_TOKEN_TO_BE_REPLACED

END_OF_DOCUMENT_TOKEN_TO_BE_REPLACED
Recent Posts
We and our partners use cookies on this site to improve our service, perform analytics, personalize advertising, measure advertising performance, and remember website preferences.Ok