Home » Fashion » From FIRST dates to the test, couples reveal when they had their ‘baby talk’ after Ronan Keating’s revelation – The Sun

From FIRST dates to the test, couples reveal when they had their ‘baby talk’ after Ronan Keating’s revelation – The Sun

DECIDING whether to have children is a dealbreaker for many couples and it can sometimes be a tricky subject to bring up.

Storm Keating, 37, who is married to Boyzone star Ronan, 42, recently revealed that the couple discussed having kids on their FIRST date. 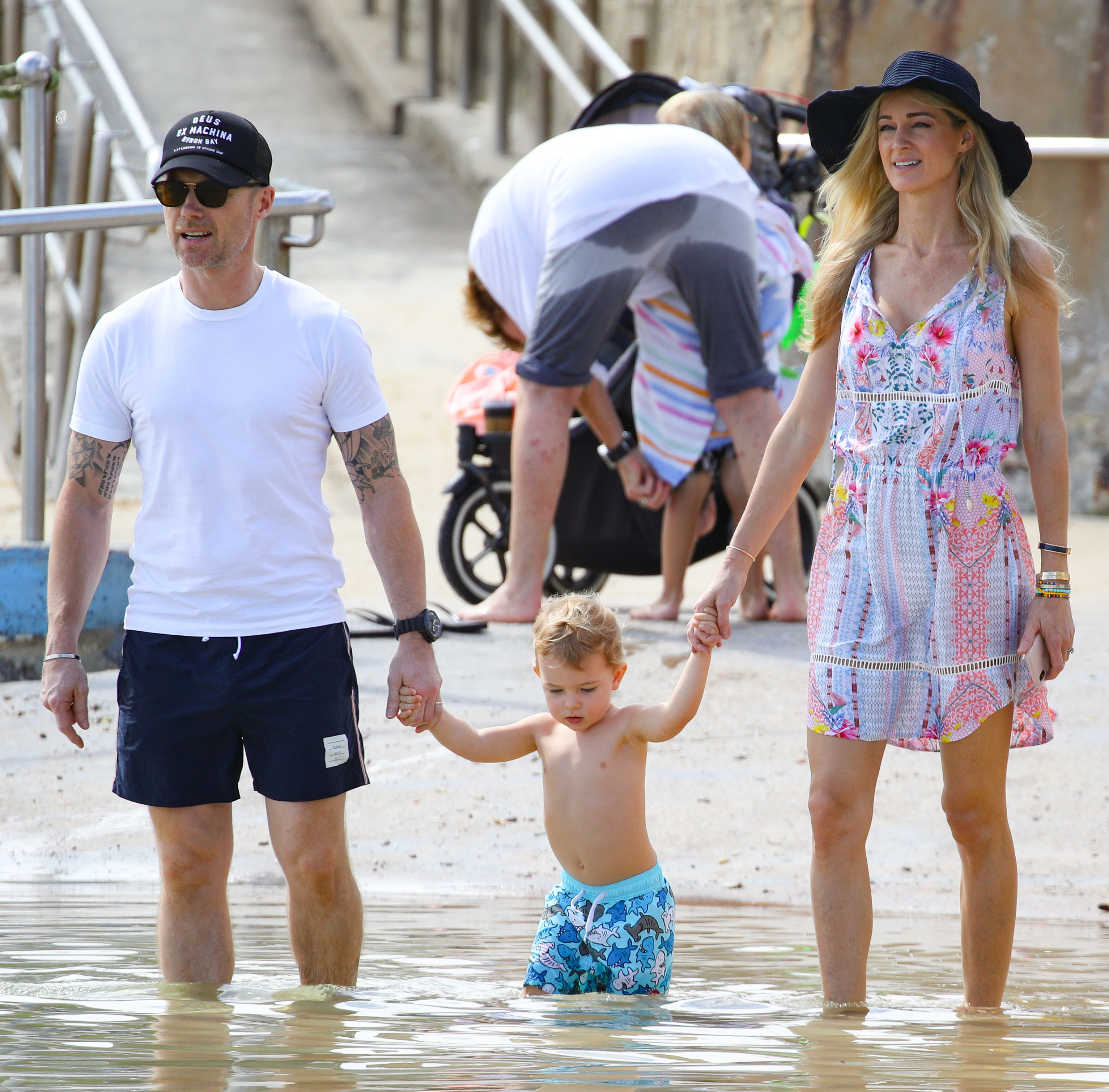 Ronan already has three children, Jack, 19, Missy, 17, and 13-year-old Ali, from his previous marriage and Storm, who had “always pictured” being a mum, wanted to know if the singer wanted more.

Initially Ronan wasn’t sure, but the couple now have a boy, Cooper, who is two years old. Here, four couples reveal when they first talked about starting a family.

‘When the test was positive, Matt’s face turned white’

FULL-time mum Tori Downes, 29, had never had a conversation about children with her husband Matt, 37, an engineer, when she fell pregnant.

The couple now have Amelia, who is almost two, and live in Harlow, Essex. 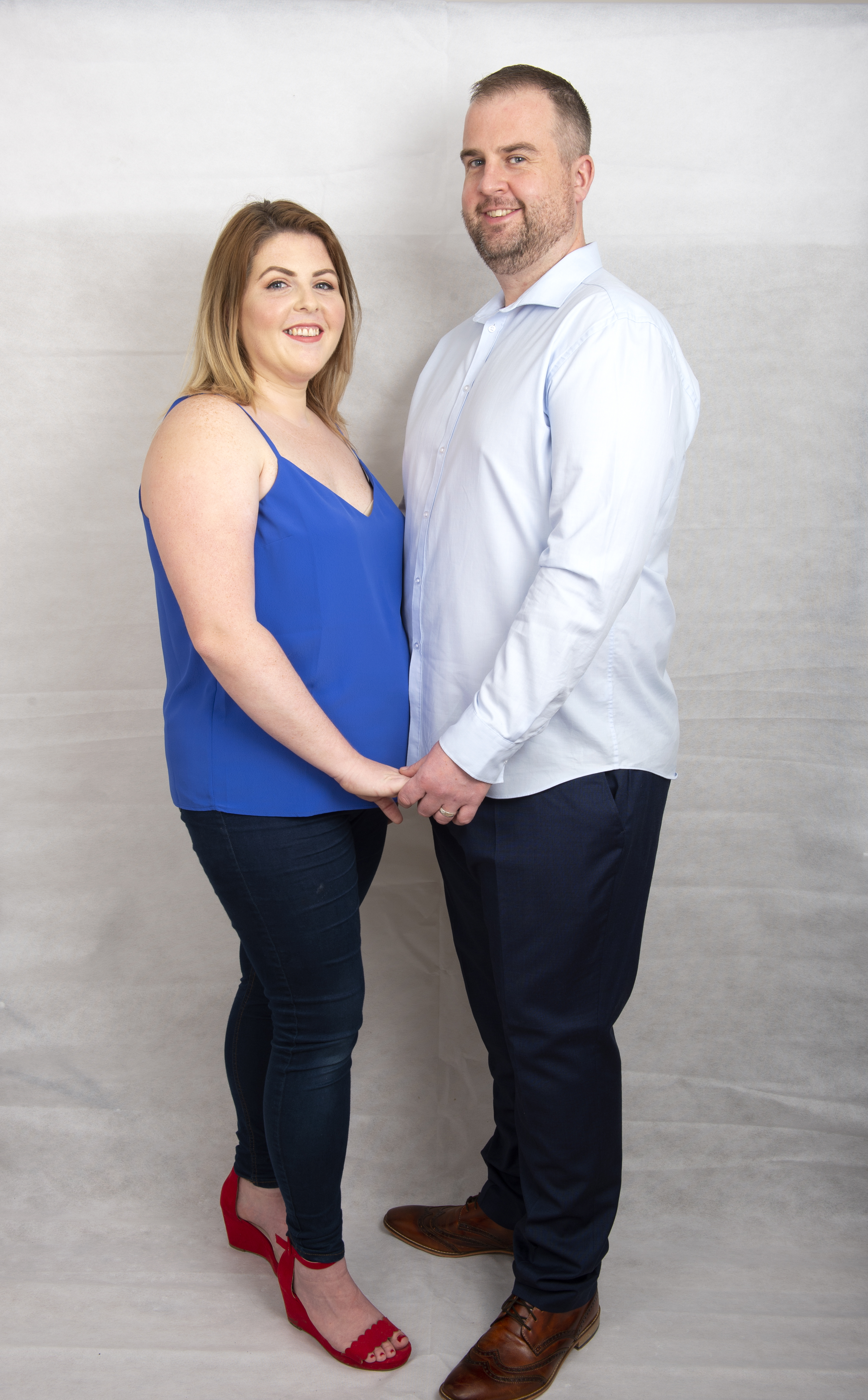 Tori says: “WE’D been together a year and our wedding was booked when I fell pregnant.

“I knew I wanted to be a mum at some point, but it was such a shock – I cried for a week.

“My plan was to buy a house, get married then start talking about babies a year or so after the wedding.

“I had agonising stomach pains after a routine procedure, so Matt took me to hospital.
When the doctor said he wanted to do a pregnancy test, I laughed.

“I was diagnosed with polycystic ovary syndrome in my teens and was told conceiving naturally would be difficult. Plus I was on the Pill.

“When the test came back positive, Matt’s face turned white.

“Part of me wanted it to be just me and Matt for a while longer but deep down I knew how lucky we were to be having a baby.

“It took a month to get our heads around the idea.

“We went from having never talked about kids to talking about babies all the time. We bought a house and two weeks later, Amelia was born. 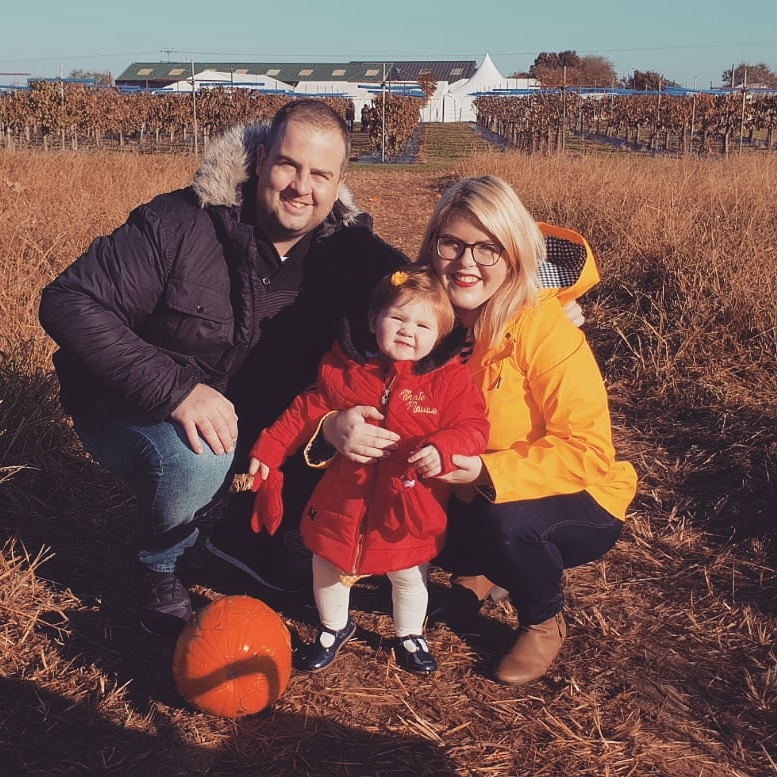 “We loved being parents and she was 13 months old when we got married. It made our day extra-special.

“I am glad I fell pregnant by accident.

“If we had waited until later, we would have put pressure on ourselves so it might never have happened.

“Parenting has definitely made me and Matt a stronger couple.”

MATT SAYS: “When Tori fell pregnant it was a huge shock and having a baby was the last thing on our minds.

“With Tori’s condition, I thought fostering or adopting a child would be our only option.

“We had never talked about conceiving naturally because we didn’t think it could happen.

“Once the news of Tori’s pregnancy sank in, I was happy, excited and scared.

“It was a miracle and I couldn’t imagine life without Amelia.”

CERI JONES, 38, has been with partner Rich Caulton for ten years and they have never had an open conversation about having children.

Ceri, a support worker who lives with the 37-year-old assistant pub manager in Attenborough, Notts, says: “WE don’t plan on having children, but we’ve never sat down and had an in-depth conversation about it. 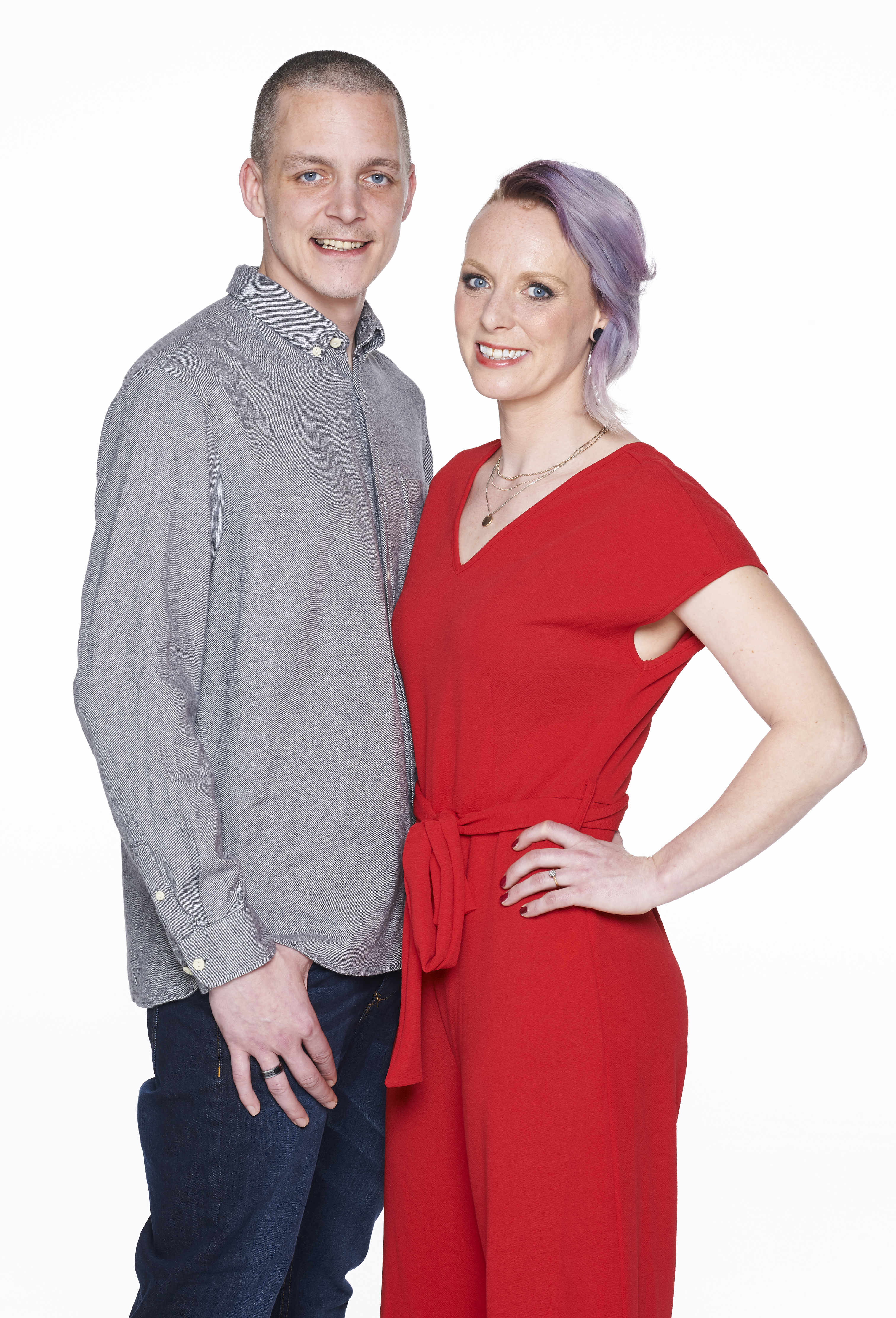 “We both agree that we don’t think it’s fair to bring a child into the world when there are lots of kids out there who are already in need of good parents.

“I don’t think the planet can take much more and it’s at breaking point already.

“I think it would be selfish to bring a child into the world the way it is.

“I knew from my early teens I didn’t want to have a child and I have always made it clear in relationships that being a mum isn’t a priority for me.

“At one point I think Rich would have liked children of his own.

“I got the feeling he was disappointed when I gave him the signals that it’s not what I wanted.

“Although I didn’t say it out loud, I avoided being around pregnant women and anyone with babies or young children.

“As time has gone on, we’ve stopped mentioning the subject. It’s frustrating that some people don’t take me seriously when I tell them I don’t want children.

“They say I would feel differently if I had my own. Some might think I am missing out on a huge part of life by not having kids, but I disagree.”

RICH SAYS: “Although part of me would’ve liked to have carried on my genes, I agree with Ceri when she says there are already lots of children out there who need good parents.

“She has said things in passing over the years and her interactions with other people’s children tell me she isn’t interested.

“I have moved round to Ceri’s perspective over the years without being pressed or pushed.

“I am very happy with my life with Ceri and we automatically seem to be on the same page about it.

“I think the only way either of us would change our minds was if we adopted.

“If that time comes, then we’ll sit down and talk about it properly.”

FULL-time mum Clementine Salmon, 34, and her husband, coffee business owner Joseph, 34, talked about children during their first date 14 years ago.

The couple now live in Abbey Wood, South East London with daughters Maya, three, and Sky, who is two. 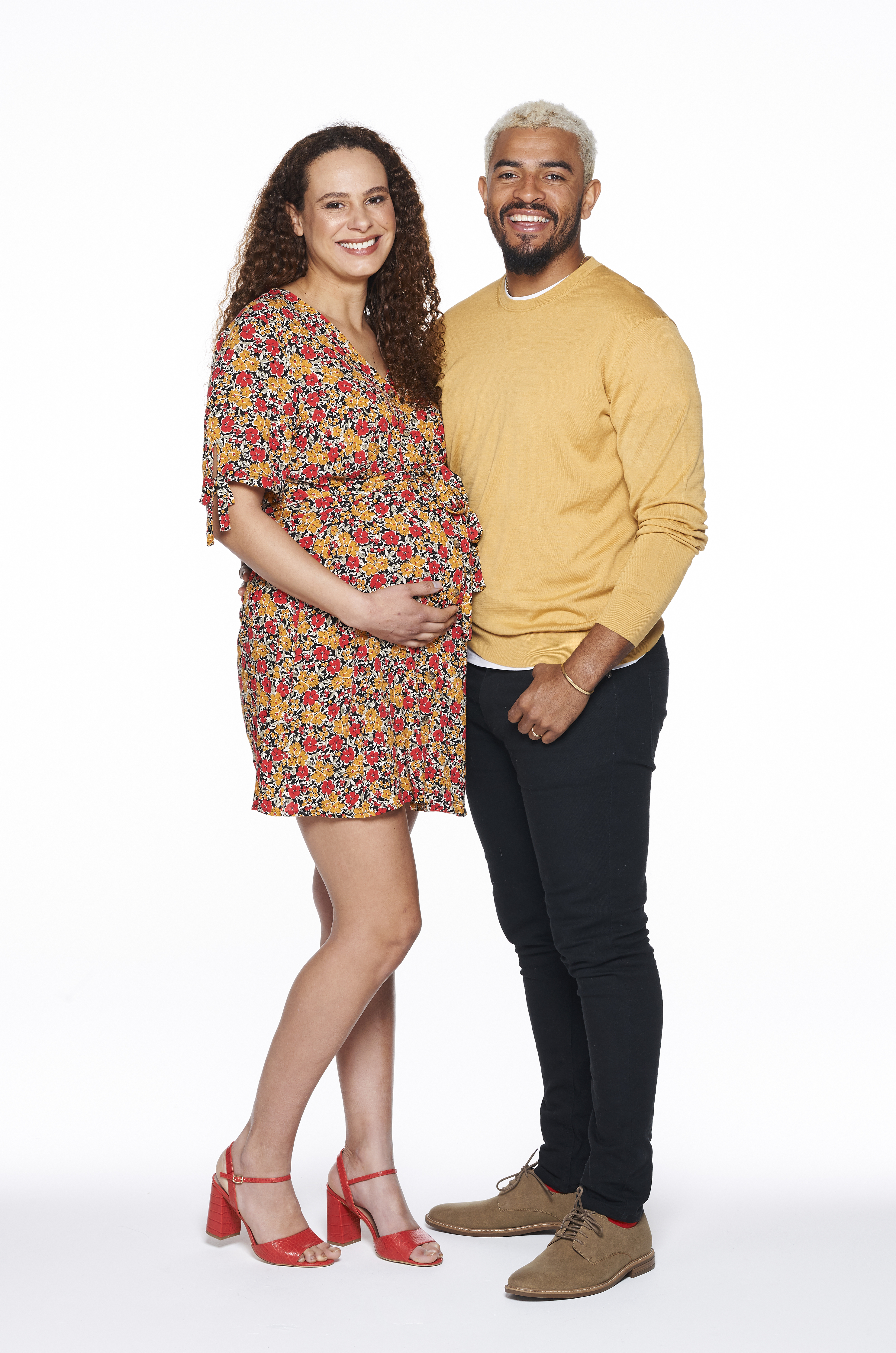 Clementine says: “SOME guys would run a mile if the subject of children came up on a first date, but Joseph wanted to be a dad.

“We both brought it up that night because we wanted to find out more about each other.

“I liked that he didn’t seem scared of commitment.

“He told me he would like a big family and made it clear he wanted to be a hands-on dad.

“I laughed when he said he would like four children because back then, I could see myself with two.

“We were both too young to think about starting a family, but I am glad I found out early that we both wanted the same things.

“It made me think Joseph would become more than just a boyfriend.

“We moved in together after a month, and when I was 28 Joseph proposed.

“After marrying a year later, we started trying for a baby, but sadly I miscarried twice before falling pregnant with Maya. 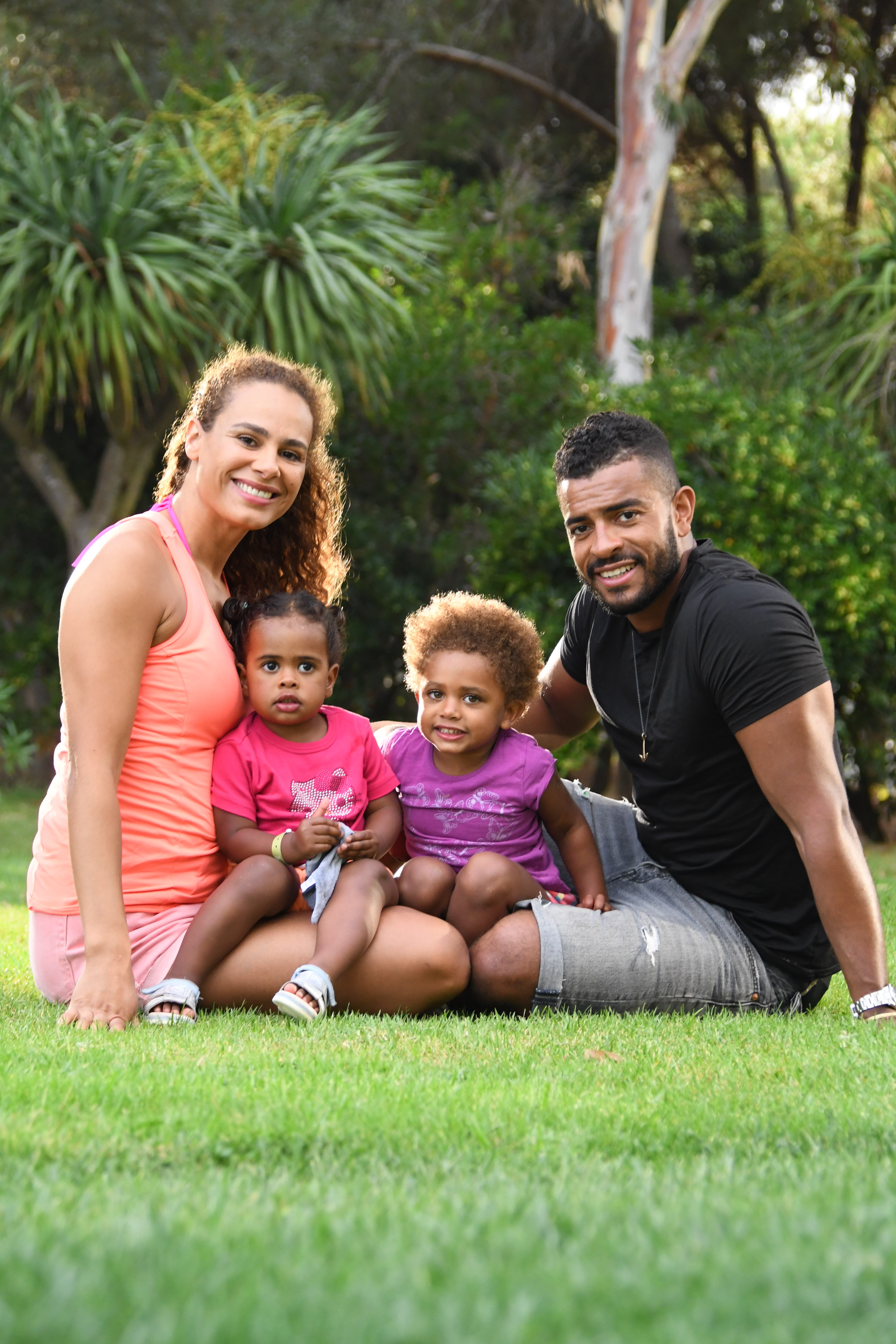 “We felt incredibly lucky to have her and we knew we wanted more children.

“When Sky came along a year after Maya, we loved being parents so much, we knew we wanted more children.

“Now we’re looking forward to welcoming our third in June.”

JOSEPH SAYS: “Both me and Clem are very open, so when the conversation about having kids came up on our first date, we were honest.

“I had been single for a few years so it felt like the right time to take a back seat, find a girlfriend and settle down.

“I have always wanted to be a young dad with at least three children.

“It was good knowing Clem wanted to be a mum some day.

“It might seem strange to talk about kids on a first date, but I think it is better that we found out we wanted the same things earlier.

“I would love more children. Clem jokes that the shop is closed but I hope I might still persuade her.”

‘Now we both feel ready to finally think about babies’

KIMBERLEY BURTON, 29, has been with partner Jamie Marvin, 39, for 12 years and they talked about becoming parents five years into their relationship.

Dietician Kimberley, who lives with upholsterer Jamie in Sandiacre, Nottingham, says: “WHEN I first met Jamie, I was busy with college and university so having kids wasn’t on my radar. 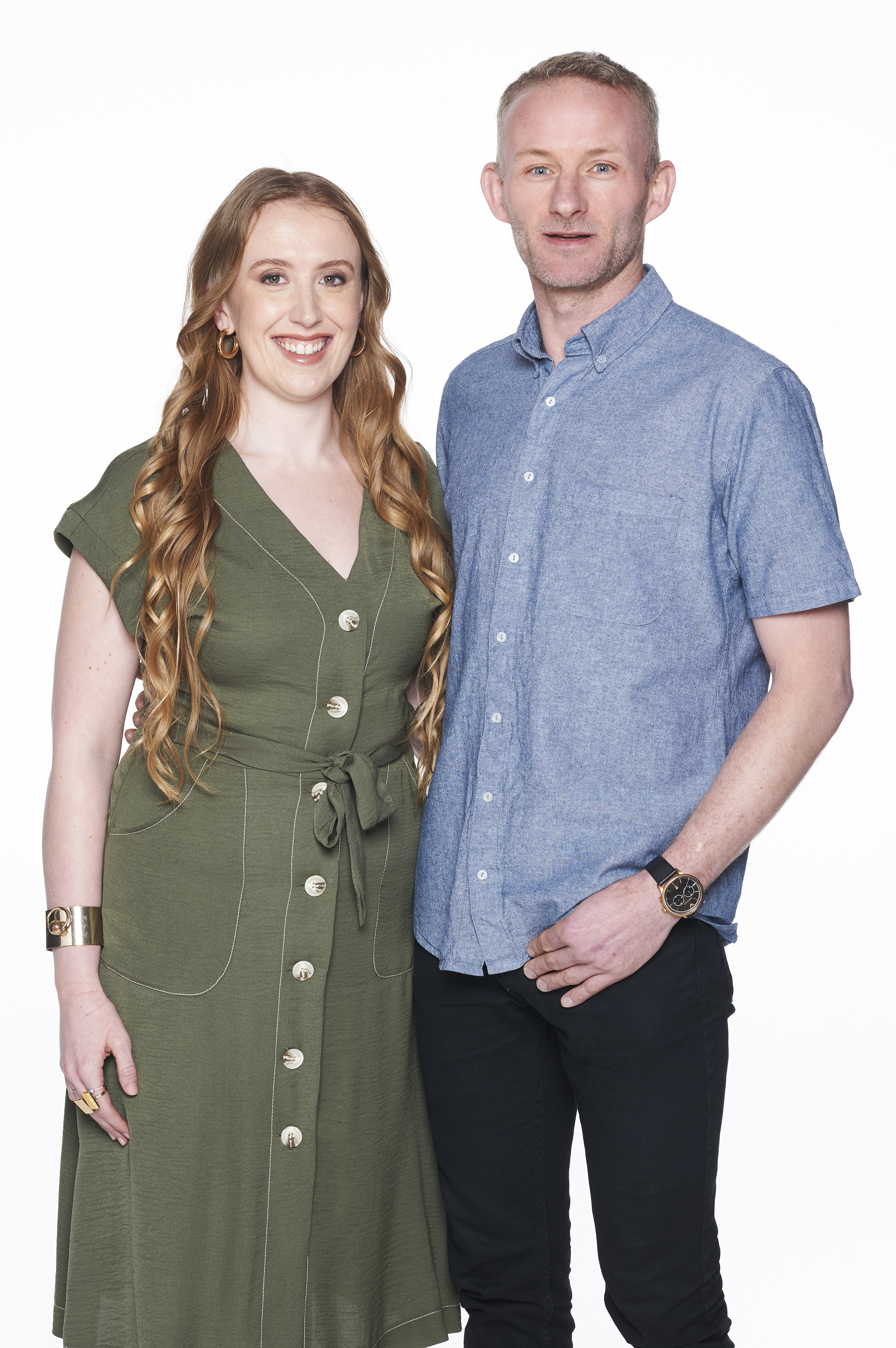 “As time went on and friends started having children, I thought about it more.

“When we had been together a few years, I dropped it into conversation a few times half in jest.

“I knew I wanted to be a mum, so I needed to know what Jamie thought about the idea of us having kids in the future.

“It played on my mind, especially with the age gap between us.

“I would joke that if Jamie didn’t want kids, I would have to find someone else.

“We had been together five years when we finally had a proper conversation about it.

“By then, Jamie had come around to the idea. If he had told me that he didn’t want to be a dad, I probably would’ve re-thought our relationship.

“I couldn’t have gone along with it, because I might have always held that against him. 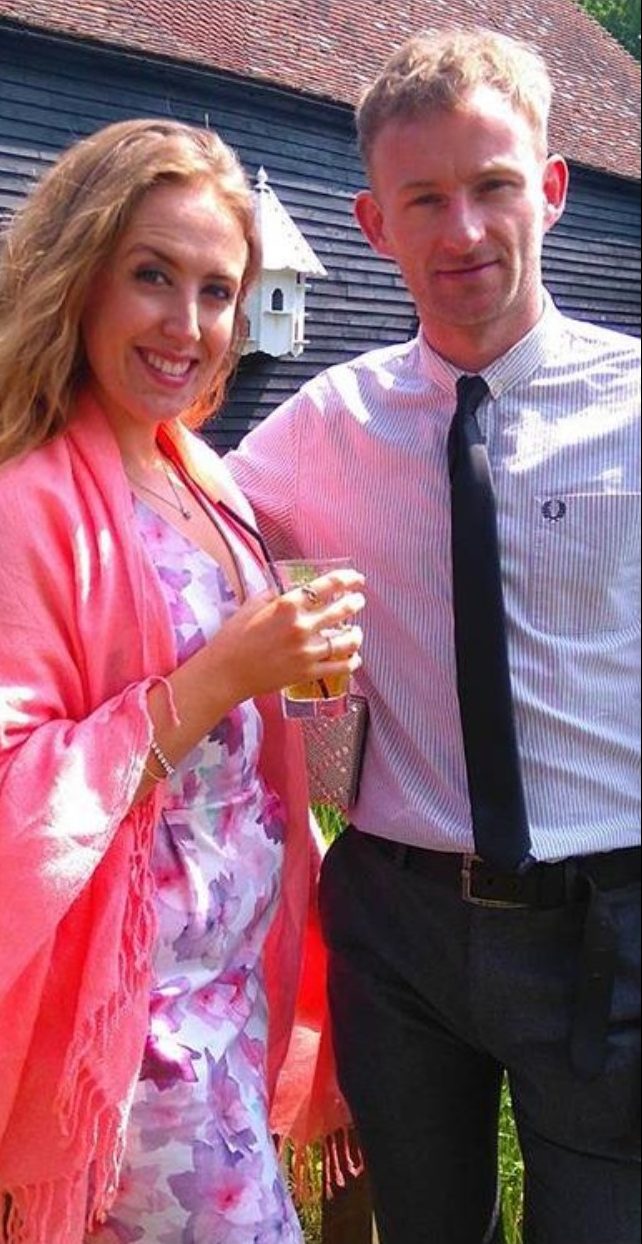 “We have enjoyed some amazing holidays but now we both feel ready to think about babies.

“We have a big holiday planned this summer to America, then we’ll see what happens.”

JAMIE SAYS: “I was 28 when I met Kimberley in a pub. I had lived the single life for a long time, and up until my mid-twenties I didn’t think I would get married or have children.

“I wasn’t that bothered about being a dad until I met Kimberley.

“We’d been together a few years when the subject started cropping up.

“Kimberley told me she wanted to be a mum at some point and I noticed she was becoming broody around other people’s kids.

“If Kimberley brought up the subject, I would nod and say, ‘One day.’ We weren’t living together so it wasn’t the right time.

“When we discussed it properly five years into our relationship, I felt ready to talk about it.

“Now, I’m looking forward to having children with Kimberley. I know she will be a great mum.”

Strictly: Tess Daley and Claudia Winkleman host the show We use your sign-up to provide content in ways you’ve consented to and to improve our understanding of you. This may include adverts from us and 3rd parties based on our understanding. You can unsubscribe at any time. More info When

END_OF_DOCUMENT_TOKEN_TO_BE_REPLACED

Prince William, the Prince of Wales, has said that online safety for children “needs to be a prerequisite.” His statement comes after a coroner ruled social media contributed to the death of Molly Russell in 2017. Senior coroner Andrew Walker said material viewed by the teenager on sites including Instagram

END_OF_DOCUMENT_TOKEN_TO_BE_REPLACED

David Muir and Kelly Ripa have one of our favorite A-lister friendships so of course David was on hand to praise his best friend when she shared a new magazine cover. Kelly is promoting the release of her new book Live Wire and took to Instagram to share the new

END_OF_DOCUMENT_TOKEN_TO_BE_REPLACED

Don’t miss a thing! Sign up to the Daily Star’s newsletter We have more newsletters The former police detective who exposed Jimmy Savile as a prolific paedophile has claimed that a similarly “very significant” person is waiting to be exposed for similar crimes. Mark Williams-Thomas shocked the world when he

END_OF_DOCUMENT_TOKEN_TO_BE_REPLACED

Shock twist in horror rollercoaster crash as victim, 26, 'had been in THREE freak accidents before tragedy' | The Sun

A SHOCK twist in a horror rollercoaster crash has revealed that the victim was involved in three freak accidents before the tragedy. Shylah Rodden was struck by the ride when she was allegedly trying retrieve a dropped mobile phone last Sunday. The 26-year-old was dragged 30ft and thrown into the

END_OF_DOCUMENT_TOKEN_TO_BE_REPLACED

Young Royal Princess Charlotte might have something in common with her uncle Prince Harry that she probably already hates, a critic has claimed. The daughter of Prince William and Kate Middleton is currently third in line to the throne. But the seven-year-old sits behind brother Prince George – in the