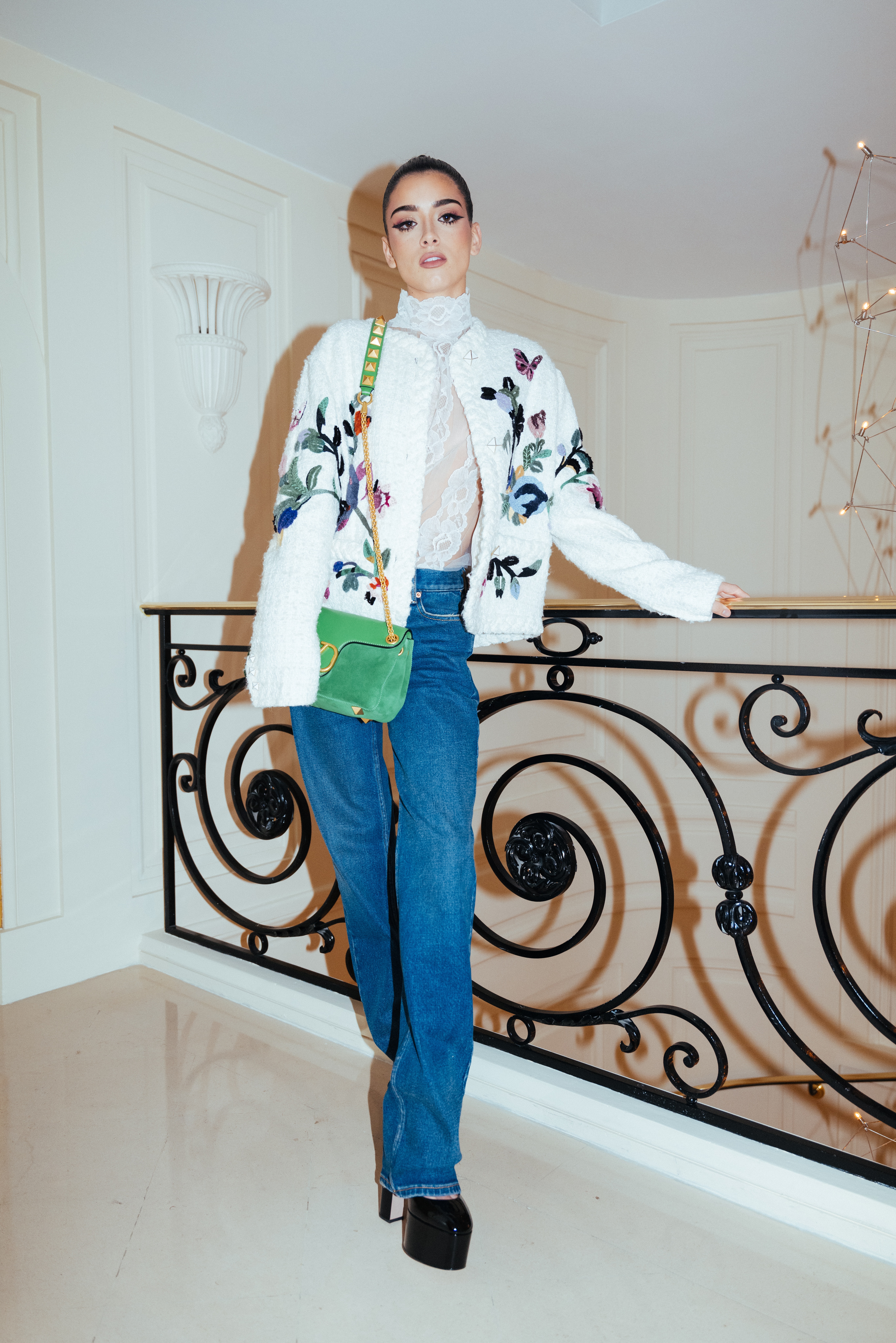 Over the past month, TikTok royalty Dixie D’Amelio has firmly found herself within creative director Pierpaolo Piccioli’s Valentino posse. At the Met Gala in September, she was right there beside him (and Normani, Whoopi Goldberg, Janet Mock, and Carey Mulligan), taking photos on those famed stairs and wearing a large feathered hat from the house’s Fall 2021 Couture runway that has proven to be a hit among celebrities.

“When we walked inside, I sat down at the table and didn’t talk for twenty minutes,” the 20-year-old TikTok star admitted to W about her first Met Gala experience. “But everyone was so nice and they were all joking with me and making me feel comfortable and at home. Pierpaolo was very good at introducing me to everyone and making me feel like part of the team.”

The night went well enough that Piccioli extended another invitation to D’Amelio, this time to his Spring/Summer show at Paris Fashion Week. For the first time, D’Amelio would be sitting front row at a major fashion show, but she wants people to know, she isn’t exactly new to the world of fashion.

“I’ve modeled my whole entire life and it’s always been a part of my life,” she says over the phone from Paris. “My mom was a model, she modeled her whole life.”

D’Amelio’s first fashion week jaunt comes as the Internet continues to argue about whether or not influencers and TikTokers “deserve” to get this type of access. D’Amelio herself rose to fame on the short-form video app, but in many ways has grown beyond it, with a clothing line at Hollister of her own, a music career, and a Hulu show, a trajectory not unlike that of Kim Kardashian West, now a fashion mainstay. Still, D’Amelio hears the criticism, and she’s working hard to not let it bother her.

“People hear TikTok and automatically think I don’t know what I’m doing, but I don’t get why,” she said. “We’re all in the same place for the same things we love. I don’t think I should not be able to enjoy this because someone else is upset.”

Really, who would turn down an invite from Pierpaolo Piccioli to sit from row at a Valentino show? Not Dixie. “Younger me would have been so mad at myself if I didn’t take an opportunity because someone said, ‘Why are you here?’”

So, D’Amelio attended the show on Friday and she did so in clothes that made her comfortable—jeans and a white top (with the addition of a “beautiful” Valentino jacket, of course). For the post-show dinner, she opted for a more youthful look and changed into a purple backless mini dress and combat boots.

In the end, D’Amelio was far from the only social media star at the event. Her boyfriend, fellow TikTok phenom Noah Beck, attended with her and, later in the night, she ran into someone else who knows a little about the social media to fashion pipeline: Camila Coelho. Even at the show itself, where guests were seated at small tables along the runway as opposed to in pews, D’Amelio was placed with Beck, along with fellow TikTok star Bella Poarch. Fashion blogger Bryan Yambao aka BryanBoy, who has made a name for himself on TikTok as well, sat with the three young stars, fully embracing his role as mother hen. He tweeted out a photo of his table with the caption, “I feel like Anna Wintour with the bloggers circa 2009.” He later added, “And speaking of old fixtures in the room, I’m not going anywhere.” Well, neither, it seems, is Dixie.

Dixie and her boyfriend, Noah Beck, before the show.

Dixie poses with her mom, Heidi, before the show.

Dixie and Camila Coelho and the post-show dinner.