Home » Fashion » I charge my teenage daughter rent, people constantly judge me for it without knowing the real reason why

I charge my teenage daughter rent, people constantly judge me for it without knowing the real reason why

A MUM has hit back after coming under fire for charging her daughter rent.

The mum named Kat Clark lives in New Zealand with her husband and two daughters Latisha and Deja and posted the video to her TikTok account katclark86. 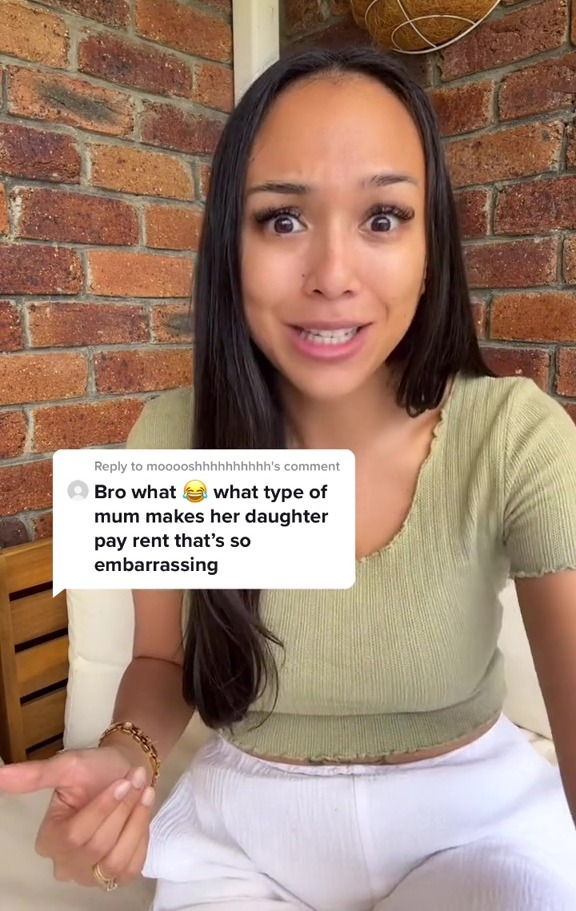 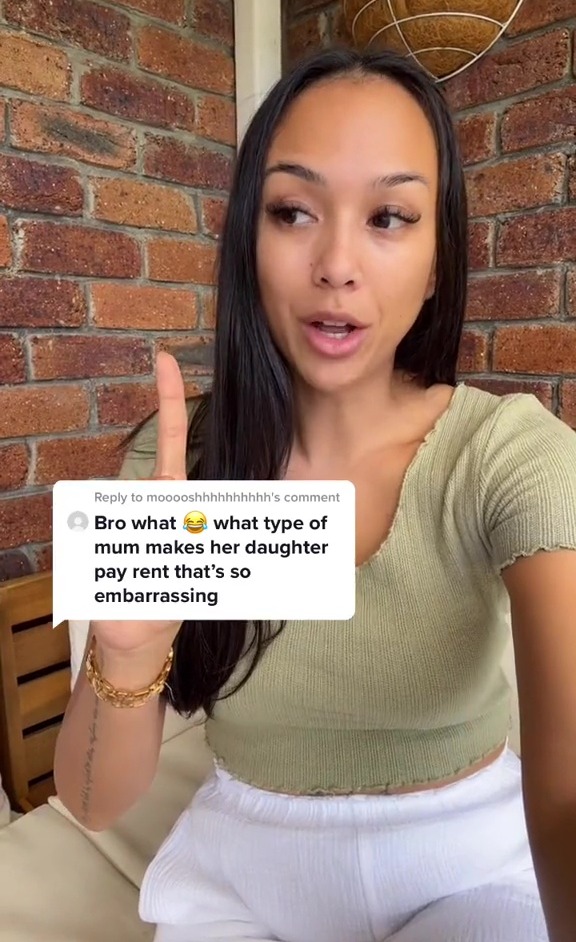 In one video, Kat and her daughter, are playing a popular TikTok game where two people try to throw a pen into a cup whilst saying what you want and if it goes in, the other person has to do what you've asked.

Kat's daughter, Latisha who is 18-years-old starts the game off by saying " I don't have to pay rent for the rest of the year."

However, after they posted the clip of them playing the game, Kat was met with lot's of nasty comments asking her why she makes Latisha pay rent to her.

"Let your daughter live her childhood!! She is 18! She shouldn't be paying rent!" Exclaimed one user.

Another asked: "What type of mum makes her daughter pay rent? That's so embarrassing."

Kat was inundated with comments like the above, and made a TikTok video to respond.

Kat started the video saying; "Point one, shut up. Literally shut up.

"I have had so many negative comments about me charging Latisha rent or board and I don't wan to hear it.

"Point two, She pays £26 ($50) a week, and it goes into an investment fund so that when she is old enough to move out, or when she wants to buy her first house or her first apartment she is going to have money there.

"So I feel like I am setting her up for success, while at the same time teaching her about the real world, because it ain't free to live."

Although lots of people told Kat she shouldn't feel like she has to explain herself, people seemed a lot more understanding about why Kat charges her daughter rent.

One wrote: "Tell them again. My mum charging me rent taught me big life lessons and how to manage my money, plus it helps your mother? So she isn't struggling?"

"Girl there is nothing wrong with charging rent." Added another user.

A third user said: "Important life lesson and you are setting her up for sure!" 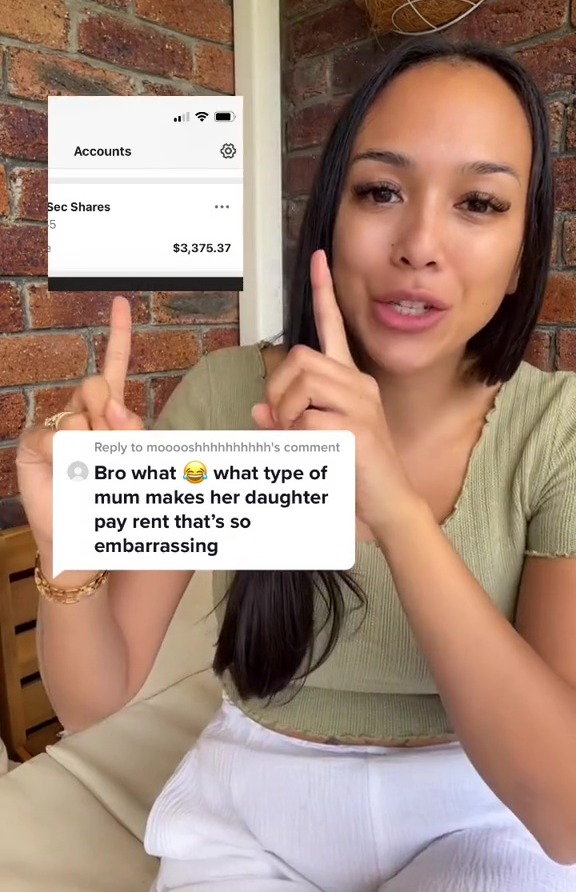 For more parenting stories, check out why this mum rents her kid's Christmas presents.

Plus, I'm a crunchy mum, I won't teach my kids about Santa or let them have sleepovers.

Meanwhile, mum left in hysterics by daughters hilarious drawing of her with NINE boobs in nursery.