Home » Fashion » I got a ‘tooth job’ at 46 to make me look younger – it’s better than Botox, says Saira Khan

I got a ‘tooth job’ at 46 to make me look younger – it’s better than Botox, says Saira Khan

YOU will be hard-pressed to find a TV star without a perfect set of gnashers these days and Saira Khan did not want to be the odd one out.

When the former Apprentice star joined ITV’s Loose Women six years ago, her fellow panellist Andrea McLean had braces, so she decided to follow suit. 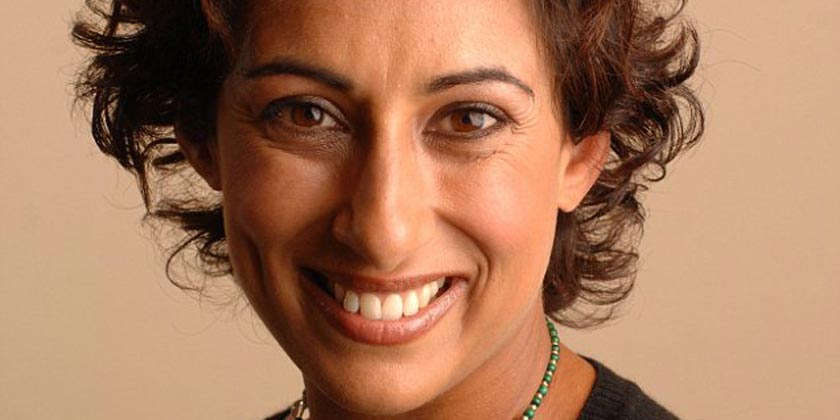 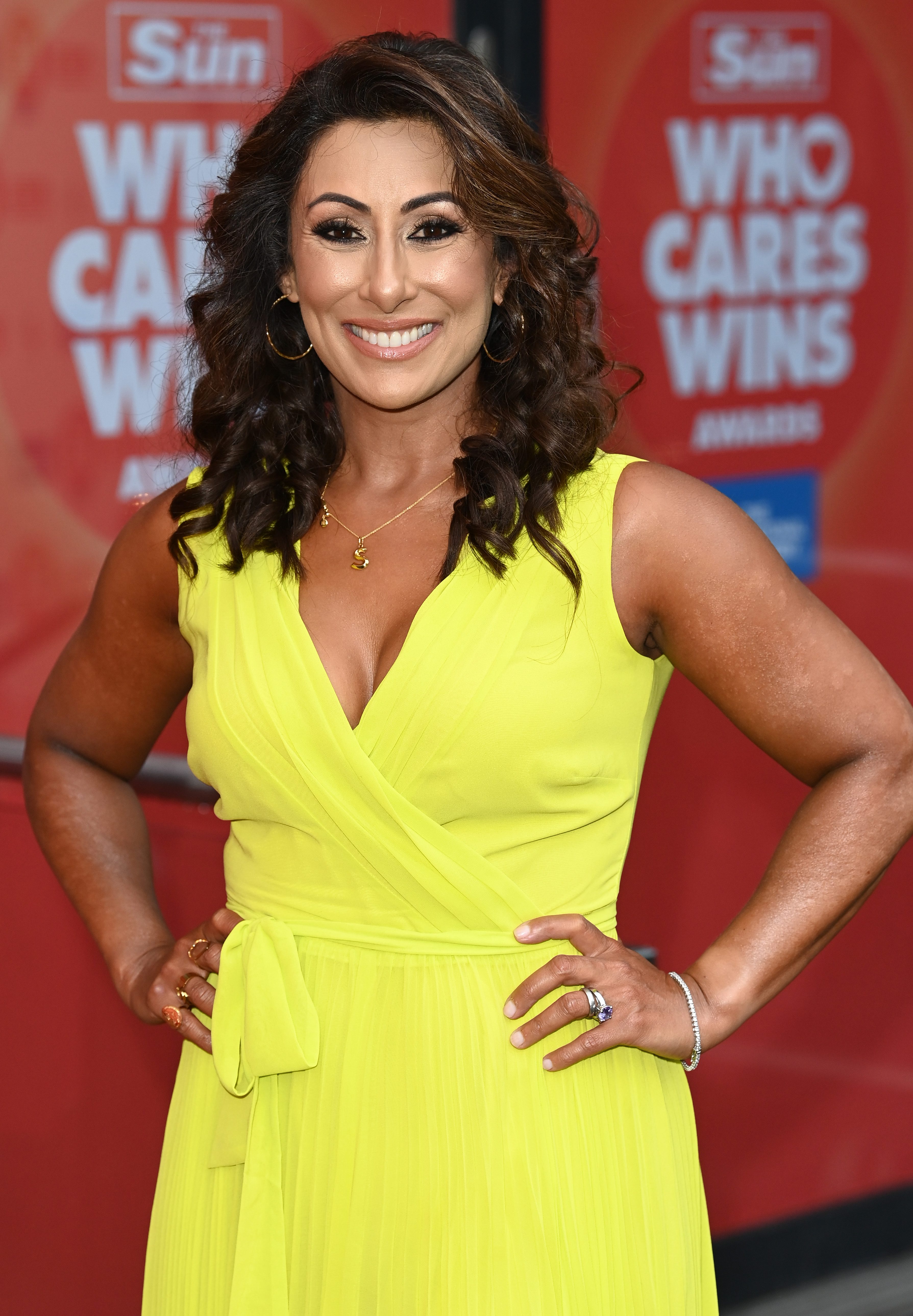 Saira, 51, wore invisible aligners for 18 months and now says she looks younger than she did in 2016. She even goes as far as to say that her “teeth job” is better than any designer bag or shoe purchase.

Mouth makeovers have become so popular in the last year that they have been dubbed the “new boob job” by the beauty industry.

And in a recent survey of over-50s, half of women said their top piece of advice to young people is to take care of their gnashers.

Saira, who lives in Oxford with husband Steve Hyde, son Zachariah, 13, and ten-year-old daughter Amara, wishes she had seen an orthodontist growing up, rather than spend years trying to hide her crooked teeth.

It made her more determined that her children look after theirs and she has persuaded Zachariah to get aligners, too. The customised clear plastic trays are worn for 22 hours a day and are only removed to eat or brush your teeth.

Saira, originally from Long Eaton, Derbys, says: “My teeth have always been OK, but I’ve never liked them. My two front ones overlapped, they were wonky and I had an overbite.

“One day Andrea came into the Loose Women office with metal ­braces, complaining that they were difficult and that she might get ­Invisalign instead. It piqued my interest and I decided to look into it.

“Growing older, you start to think more about your health and appearance as you don’t know what’s around the corner.

“My collagen started to dwindle, so I upped my skincare routine and even got a little bit of Botox so I didn’t look so angry.

“We often worry about wrinkles and focus on disguising them, but we are more reluctant to spend on our teeth — yet ensuring they are nice and healthy is more important as having bad teeth and gums can affect your gut health, too.”

A study by Bupa found that 67 per cent of people say a good smile is an important asset at work — and Saira says this is particularly important in showbusiness.

“You don’t see people with terrible teeth on TV and there’s a reason for that,” she says. “You are there ­presenting while making the best presentation of yourself.

“Your teeth reveal a lot about you. I know we shouldn’t judge one another on appearance but it’s something we all do naturally.

“For me, seeing someone with their teeth all black makes me think that they don’t love themselves and don’t care about themselves.”

An increase in video calls during the pandemic has seen people become more conscious about their appearance and as a result, dentistry and oral care are booming.

Brits have spent £980million on their teeth since 2020. Invisalign’s sales have reached a record £644million this year, and it has been reported that this brand only serves 30 per cent of ortho­dontic patients.

Other procedures that are growing in popularity include gum lifts, composite bonding, porcelain veneers and implants. Aligners costs between £1,495 and £3,000 and treatment time is 12 to 18 months on average.

Saira says: “The length of time it takes is off-putting and it was difficult, but most of the time people didn’t even realise I had them in.

We often worry about wrinkles and focus on disguising them, but we are more reluctant to spend on our teeth

“Though there was one instance on Loose Women when one of the ladies told me I had lipstick on my tooth — it was actually all over my aligner and I had to start applying a lipstick coat to stop it budging.”

Saira says her smile transformation was well worth any inconvenience, though.

She says: “The outcome is amazing — the money I spent beats any designer handbag or new shoes. I looked older five years ago than I do now, because it completely changes the shape of your mouth.

“It’s made my smile so much wider and my teeth look much whiter from all the brushing and flossing I’ve been keeping on top of.

"I’ve always been a confident person but I’ve now reached a new level I didn’t realise I could. For me, it’s been life-changing.”

Saira’s only regret is that she did not fix her smile sooner — and she is determined that her children do not make the same mistake.

'TEETH REVEAL A LOT ABOUT YOU'

She says: “My son started hiding his teeth, so I knew it was time to do something. He has just started his Invisalign journey and I think seeing me go through it already has made him more excited.

“As a mother I know the importance of your teeth and how they make you feel, particularly as I was not a fan of my own.

"Zachariah is going through hormonal changes and he’s become more self- conscious — he’s got wonky teeth and they are gappy. A lot of kids around this age are self-conscious, so I think anything you can do to help is important.

“This process always teaches them better brushing habits, too. Making sure your children look after their teeth is all down to good parenting.

“I see a lot of people who neglect their own teeth and the kids follow. But if you look after them, you don’t need to spend a lot to have a nice smile — often all that’s required is a polish and straighten.

“No longer putting your energy into stressing about your appearance is liberating.” 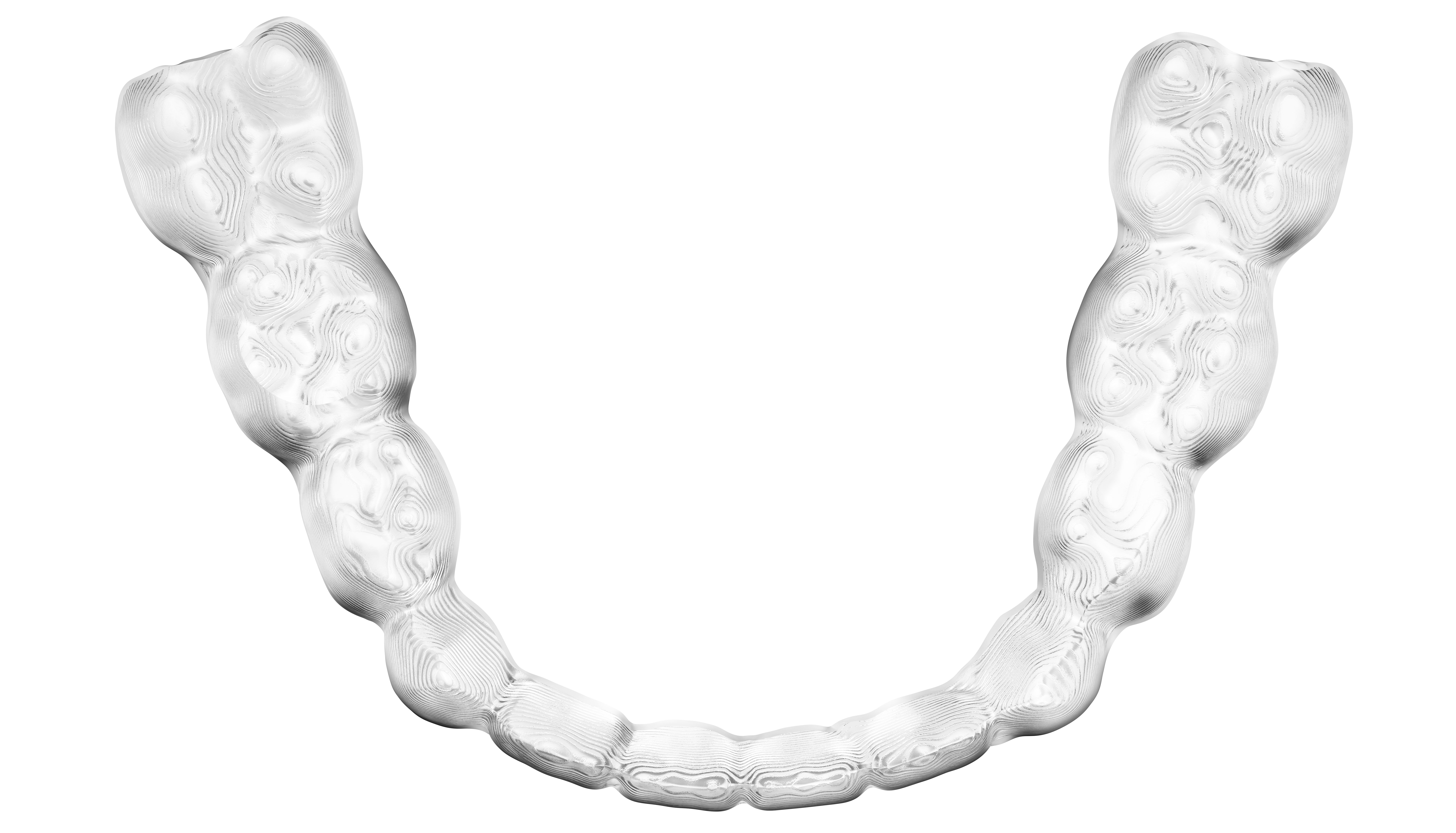 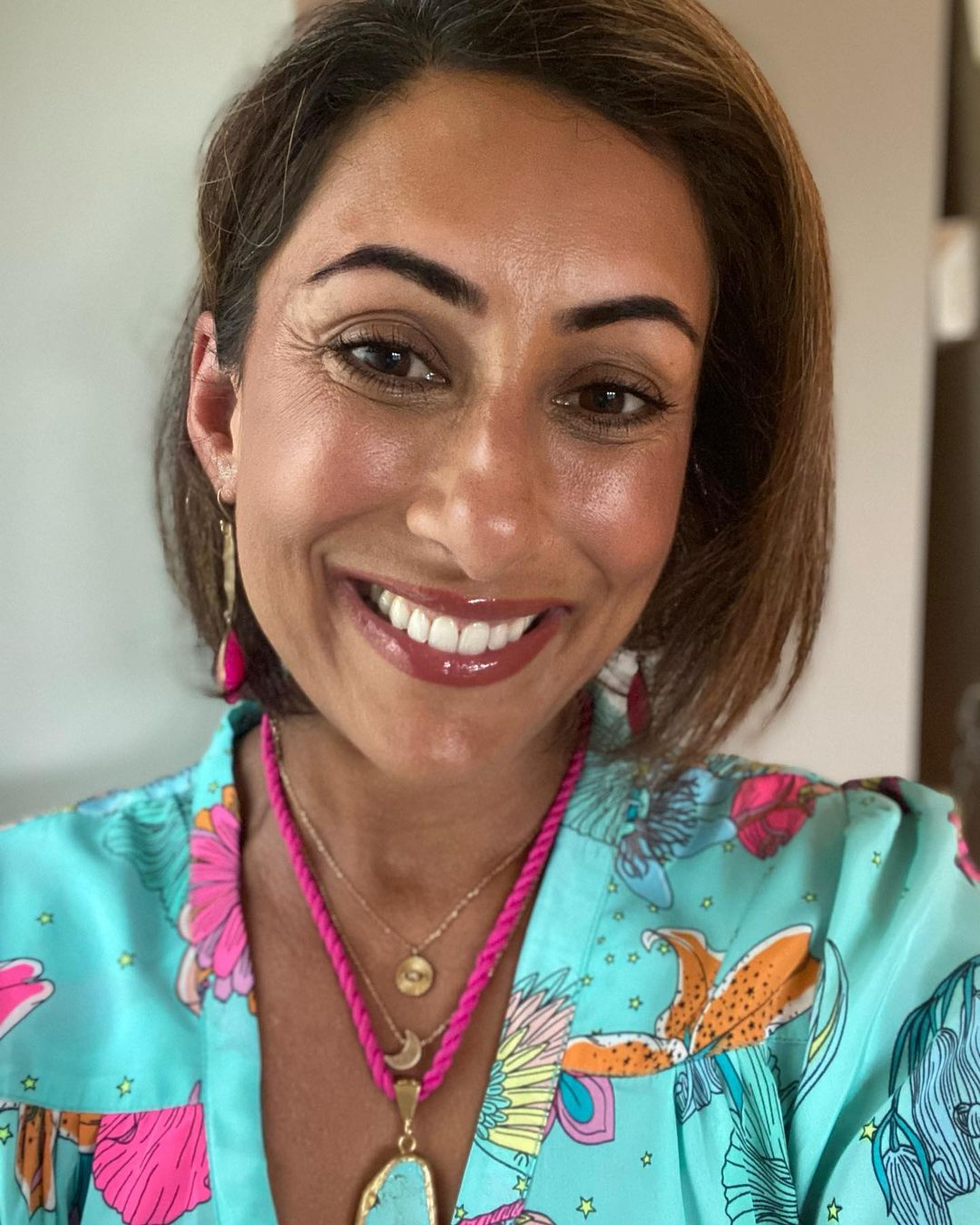 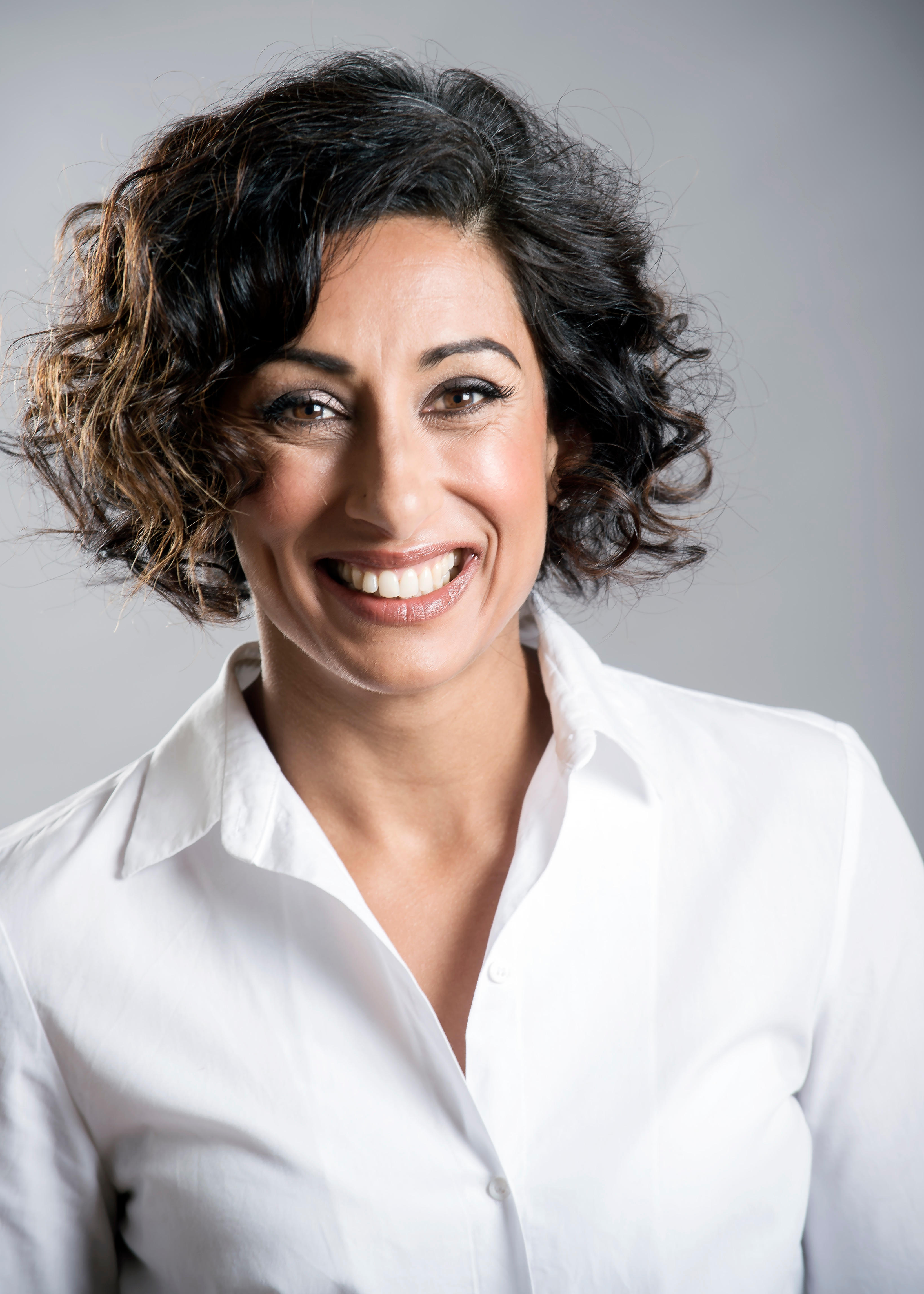