Home » Fashion » I never lift my toddler up by his wrists, the consequences could be bad for his health

I never lift my toddler up by his wrists, the consequences could be bad for his health

A MOM has revealed that she never lifts up her son by his wrists when she's trying to pick him up.

She claimed this can cause severe physical issues for him later in life. 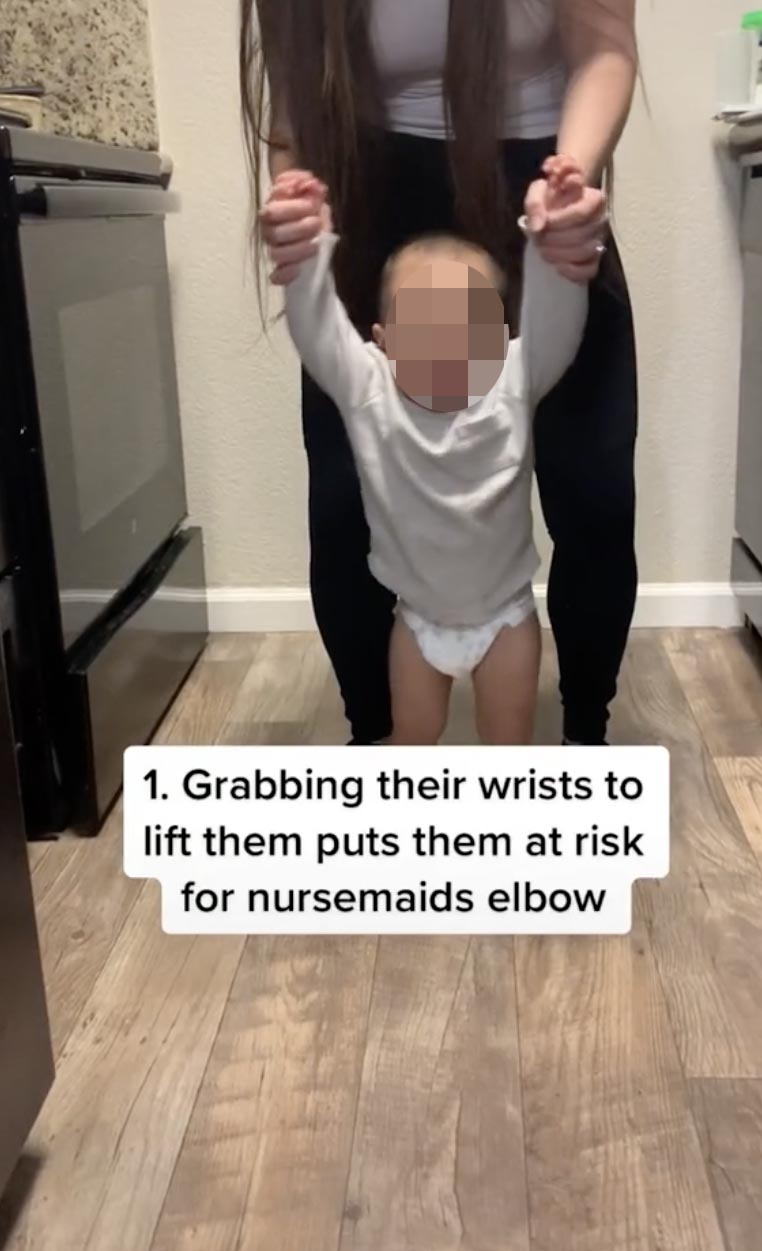 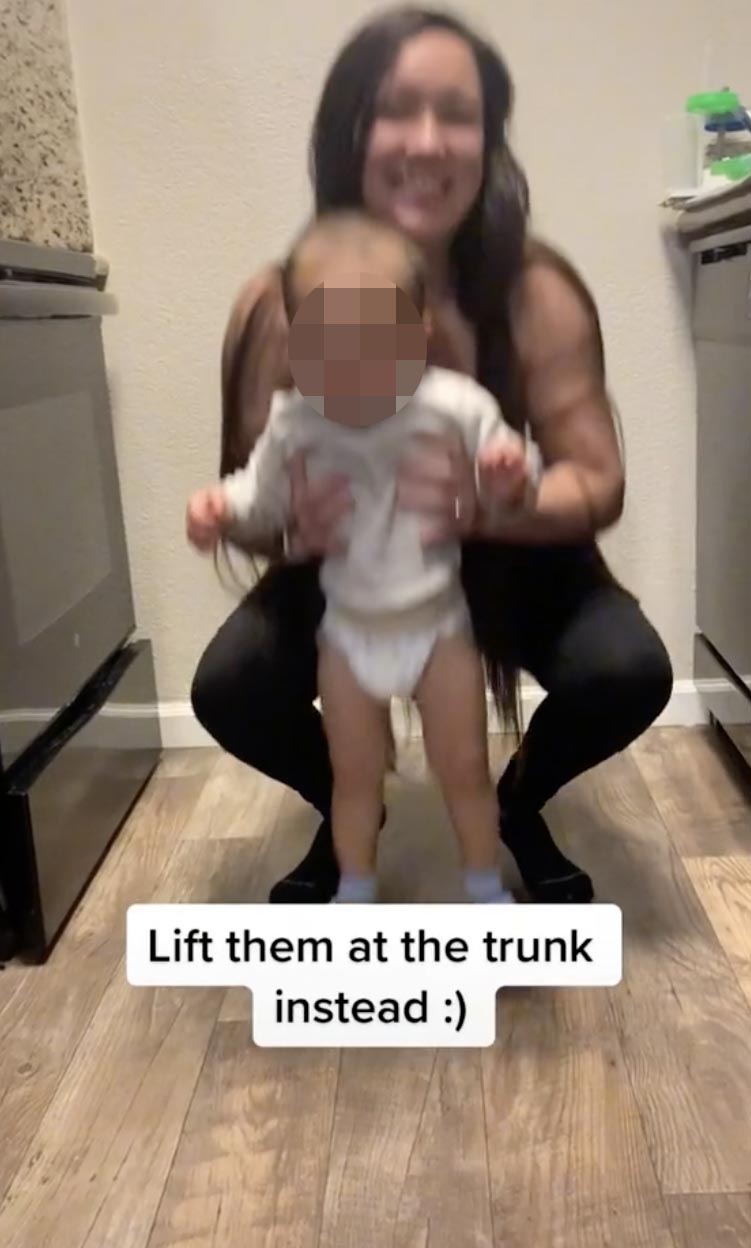 Parenting expert and mother of one Lauren Mejia revealed in a TikTok video that you should never lift up your child by their wrists when you're going to pick them up.

"This puts them at risk of nursemaid's elbow," she claimed.

According to HealthyChildren.org, this is also known as a pulled elbow.

This is a common and painful injury that usually happens in children under four years old but sometimes older.

"A pulled elbow occurs when the tissue of the outer part of the elbow slips between the bones of the joint," the website informed.

"It happens be­cause the child's elbow joint is loose enough to separate slightly when their arm is pulled to full length (while being lifted, yanked, or swung by the hand or wrist, or if they fall on their outstretched arm).

"The nearby tissue slides into the space created by the stretching and becomes trapped after the joint returns to its normal position."

You'll know your child has a pulled elbow when they complain that it hurts, keep the elbow slightly bent and close to their body with their palms facing in.

They will also resist you pulling at it at any moment.

To avoid injuring your child by accident, you should always lift them up by the torso.

Mejia also claimed that babies are born near-sighted which means you should use black and white objects to stimulate them.

The parenting expert had previously warned against using flip-flops by the pool as these could pose a drowning risk.

If your child was walking around the pool with flip-flops and they tripped, this could cause them to get seriously injured or even fall into the pool.

She also warned against purchasing blue and green bathing suits for your children as these make them less visible if underwater.

Instead, she claimed you should buy them neon-colored pieces so they are easier to spot. 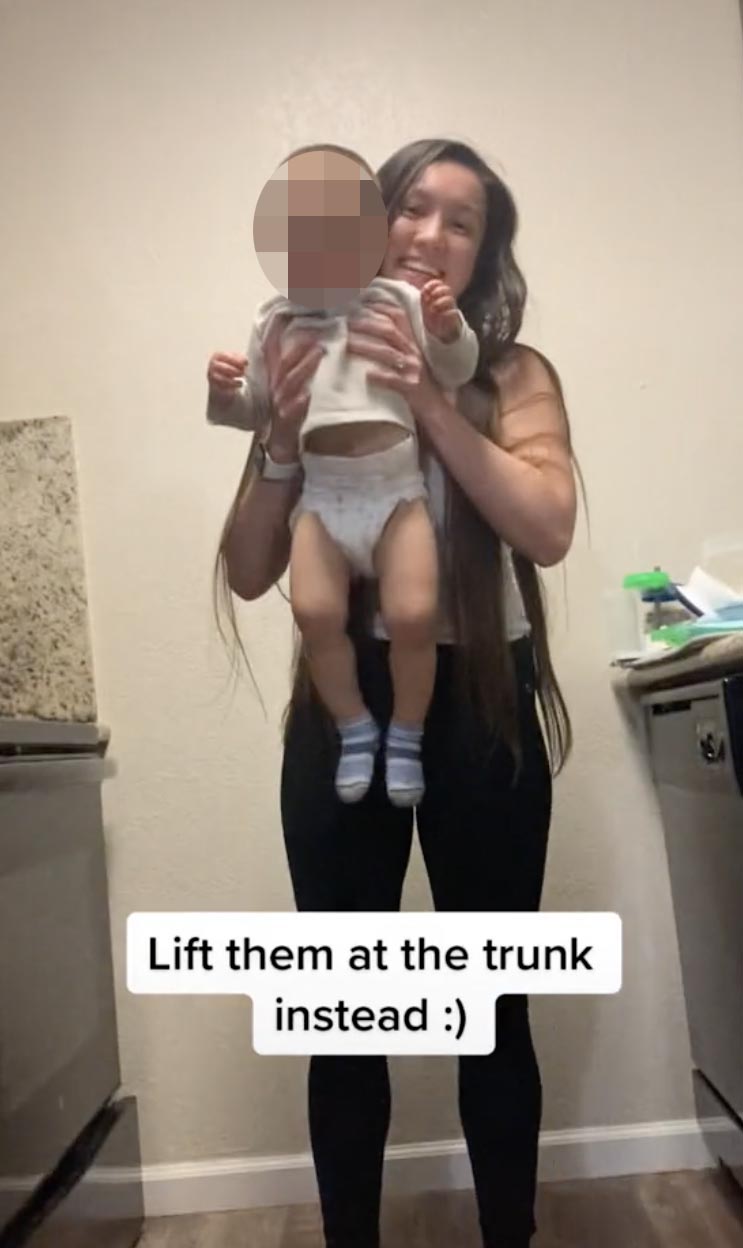