AN AMERICAN nanny has been raising a baby boy for the first ten months of his life, as his parents are unable to fly from the UK to collect their son.

The ten-month-old was born via surrogate in the US, and his nanny has taken care of him ever since – he even calls her "mom". 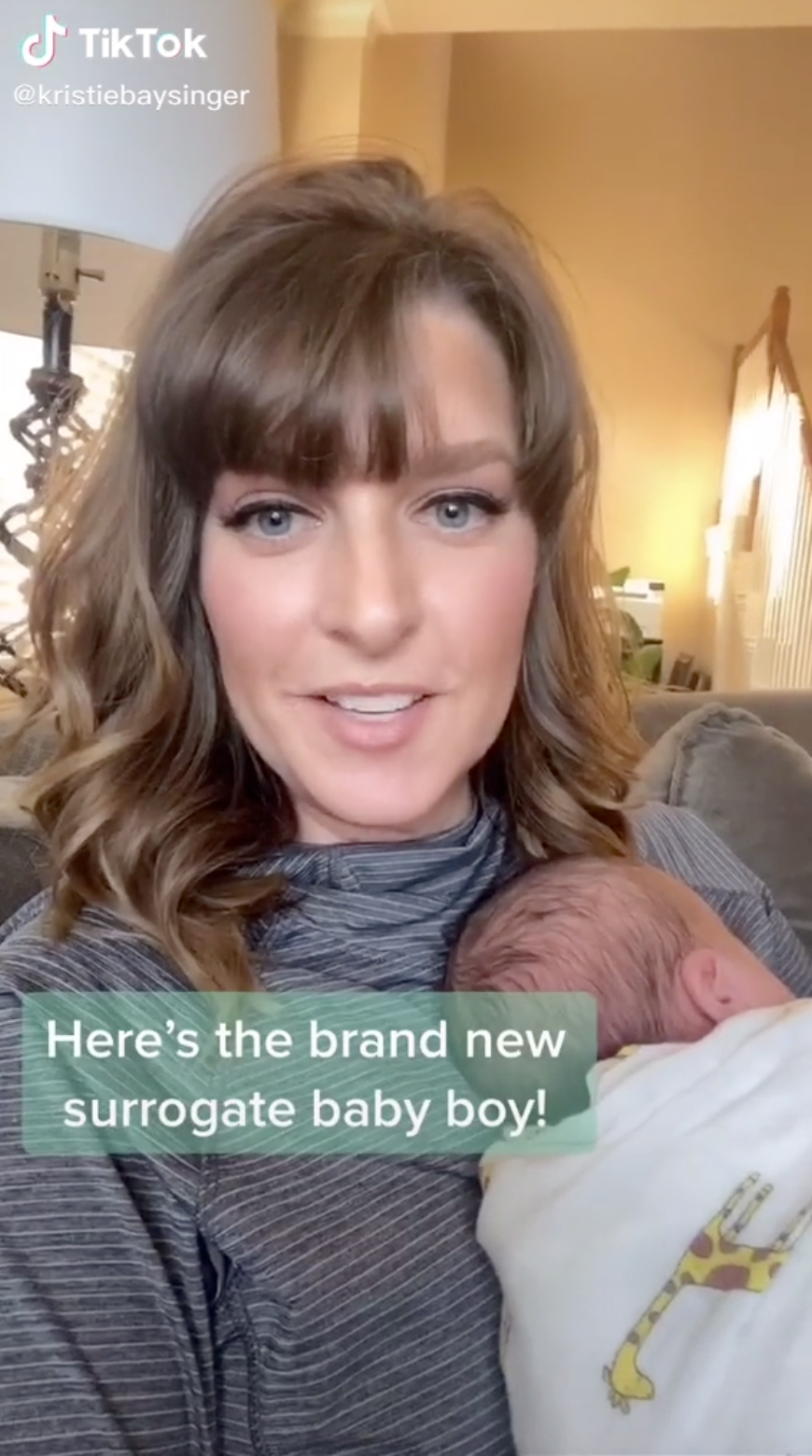 Nanny and Tiktok user Kristie has been raising baby Alexander for almost a year, as the baby hasn’t yet got a social security number and can’t get a passport without one.

She described the heartbreaking story to her followers.

She said: “His parents have not been able to fly to come get him due to Covid and being high risk.”

Kristie stressed how much the tot’s parents want to meet their son. 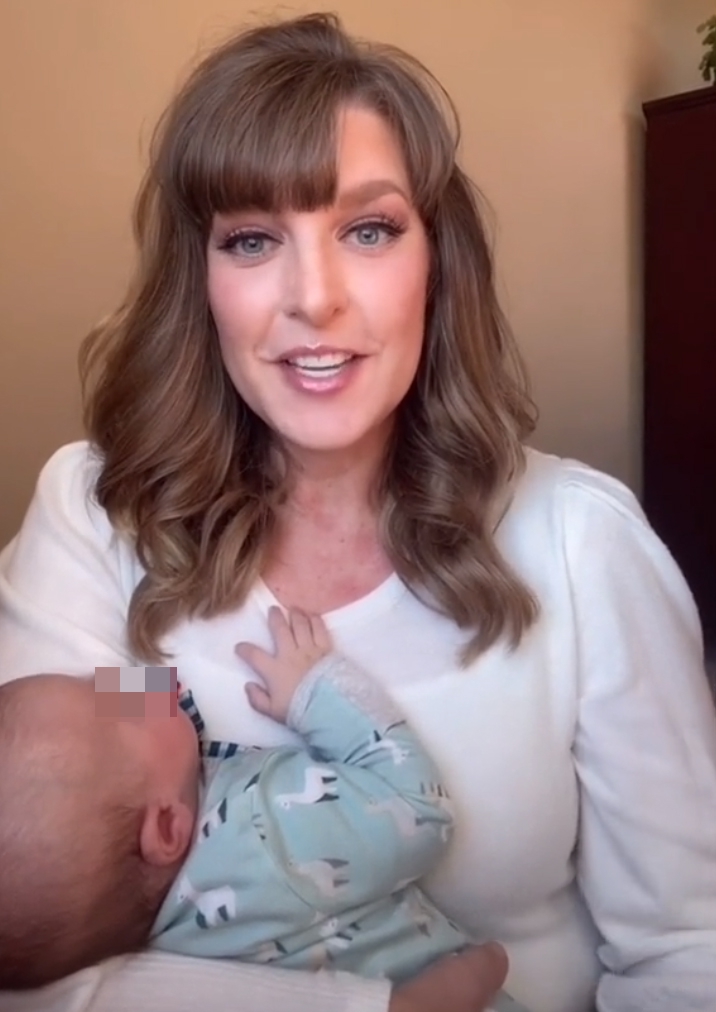 She explained: “They miss him terribly and want to see him, and they talk to him daily.

“Hopefully his social security gets here soon so that I can apply for his passport and we can get him back home.”

The process of getting a social security number has been “a struggle”.

The nanny, who is a mother of three children, said that she treats Alexander like one of her own kids.

She explained: “We give him all the hugs and love and attention and everything that he needs so that he can grow.

“We don’t hold back, he’s spoiled, he’s loved, and played with, and sang to. Just like he was my own kid.” 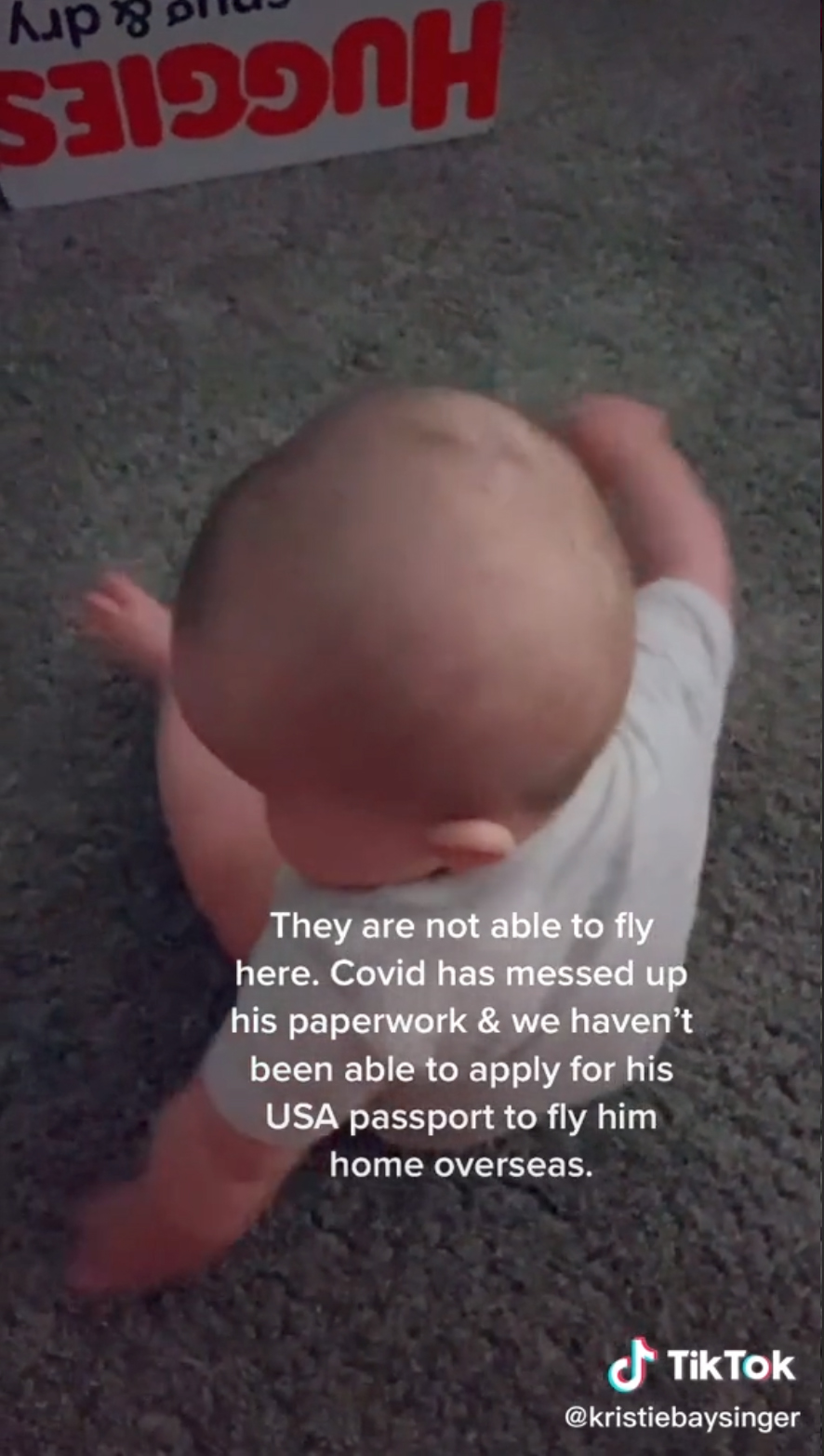 She told the story of how she started taking care of the baby.

“Alexander was actually born in Oklahoma, I live in Texas, my agency called me and said: ‘Hey, can you come pick up this new surrogate baby from this surrogate who does not want to take him home?’

“So, we went to Oklahoma to pick him up.”

She claims that surrogacy is more legally secure in the USA, and that’s why Alexander’s British parents chose to use an American surrogate.

Many commenters were curious about how payment is arranged for Kristie, because she needs to be paid to be a nanny, but she’s also providing all the supplies necessary to take care of an infant.

She said: “On top of getting paid a normal fee, they also provide for their child completely. 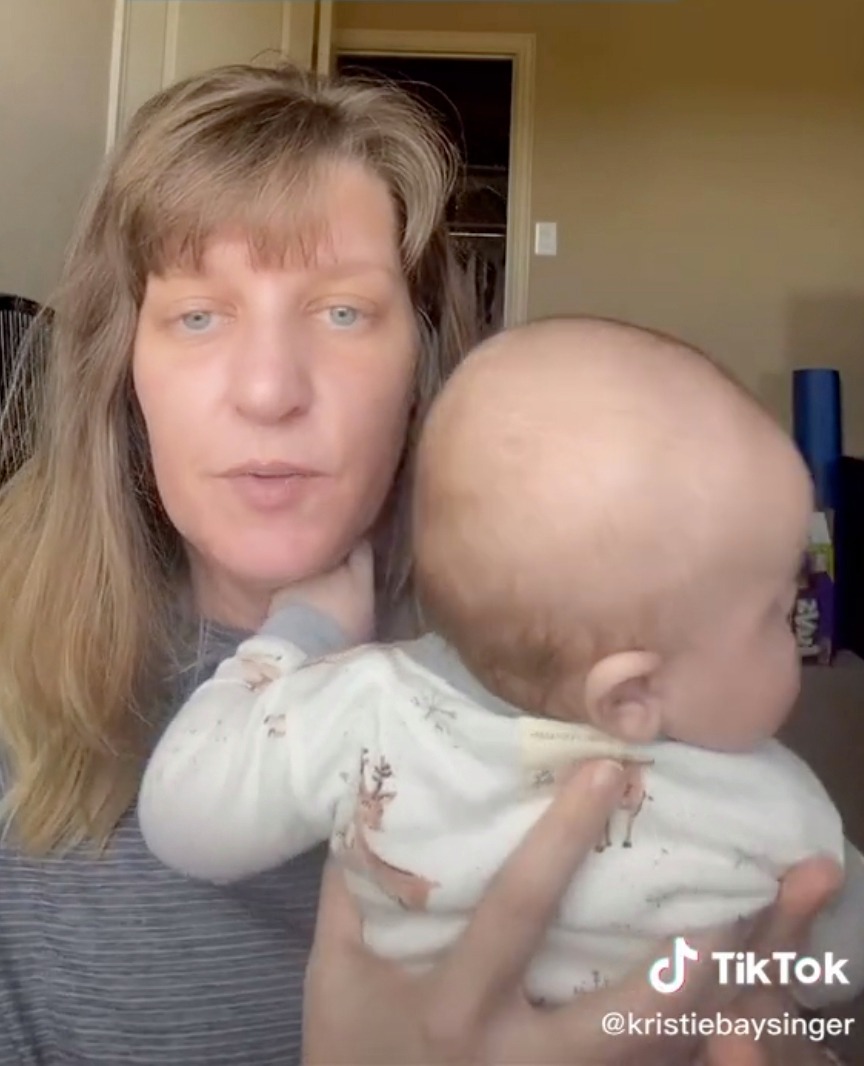 “I just have to keep the receipts and submit it to the dad, and he approves it, or disapproves it – but nothing that I’ve gotten has ever been disapproved.”

She summarised: “They’re his parents. They provide for him. No questions asked.”

Commenters were overwhelmed with just how difficult the experience must be for Alexander’s parents.

One wrote: “This must be so hard for them. Can’t even imagine.”

“This is the saddest situation ever. Poor baby when he has to go to strangers who are his actual family by no fault of their own”, said one viewer, while another wrote: “So sad his parents are missing his first year of life.”

In other parenting news, this woman shares ‘insane’ list of demands for nanny job – with 15 minute sections and stopping them making ANY noise.

Plus this mum documents hilarious reasons for her toddler’s meltdowns from hating new book to running out of cutlery to put away.

And this mum finds secret note hidden under her son’s bed – and she doesn’t know whether to laugh or cry.