A DIY fan has revealed how they used stick-on tiles to make their walls look like brickwork – but not everyone is a fan.

TikTok user lildart posted a video of their living room’s transformation on their account, where it has since received over five million views. 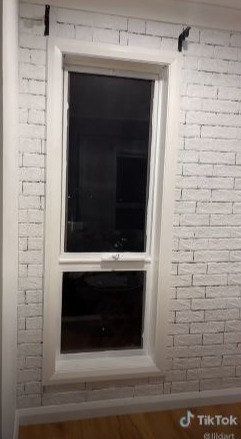 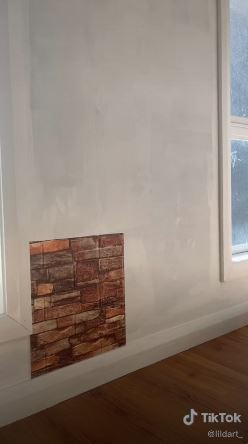 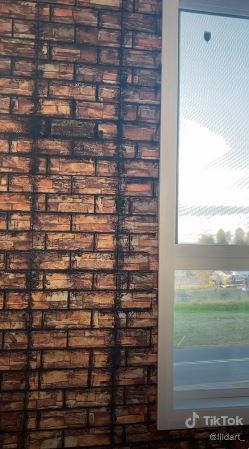 In the clip, they begin by applying a sticky-back red brick design all over their white fall until it’s left looking like exposed brick work.

They then used a black paint to coat the cracks between the bricks giving it a 3D feel.

The final step saw the crafty TikToker painting each and every one of the ‘bricks’ white, leaving them with a convincing looking white brick wall.

They explained they had initially planned to stick with the red brick but had decided to coat the wall at the last minute.

They wrote: “I wanted to see what this colour looked like and it wasn’t the colour I expected so I painted over it because I had extra paint.”

The video has since received almost a thousand comments from lildart’s followers who were divided over the transformation.

One wrote: “Why do I like the brown one more?”

“Why paint, it looked so good before the white,” said another, with a third agreeing, “I liked the brick colour better.”

However, others were amazed by the finish.

“I thought it was gonna look bad, but I was proved wrong,” said one, while another added, “Thank God they painted it white.” 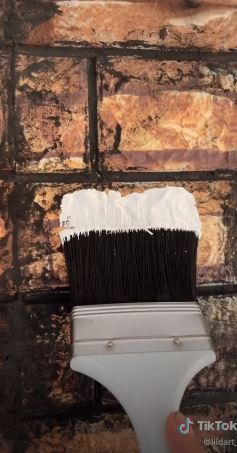 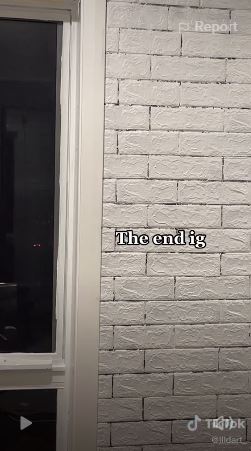