Kylie Jenner may be Forbes’ youngest self-made billionaire but at least she’s generous with all that dough.

On May 29, the Kylie Cosmetics founder gifted her longtime makeup artist Ariel Tejada a massive diamond ring for his 24th birthday and it is pretty spectacular.

In an Instagram video, the beauty mogul is shown handing the makeup artist a small box. When he sees what’s inside he breaks down into tears, embracing her in gratitude and excitement.

“I love you!” she said. “I’m always listening and he told me when we were doing glam he said, ‘Oh my god I just went back again. I saw this ring at XIV Karats. I’m so obsessed.’ And I was just like on my phone acting like I wasn’t listening and I’m like, ‘Oh really cool.’” So then she called up the store, asked what he wanted and bought it. 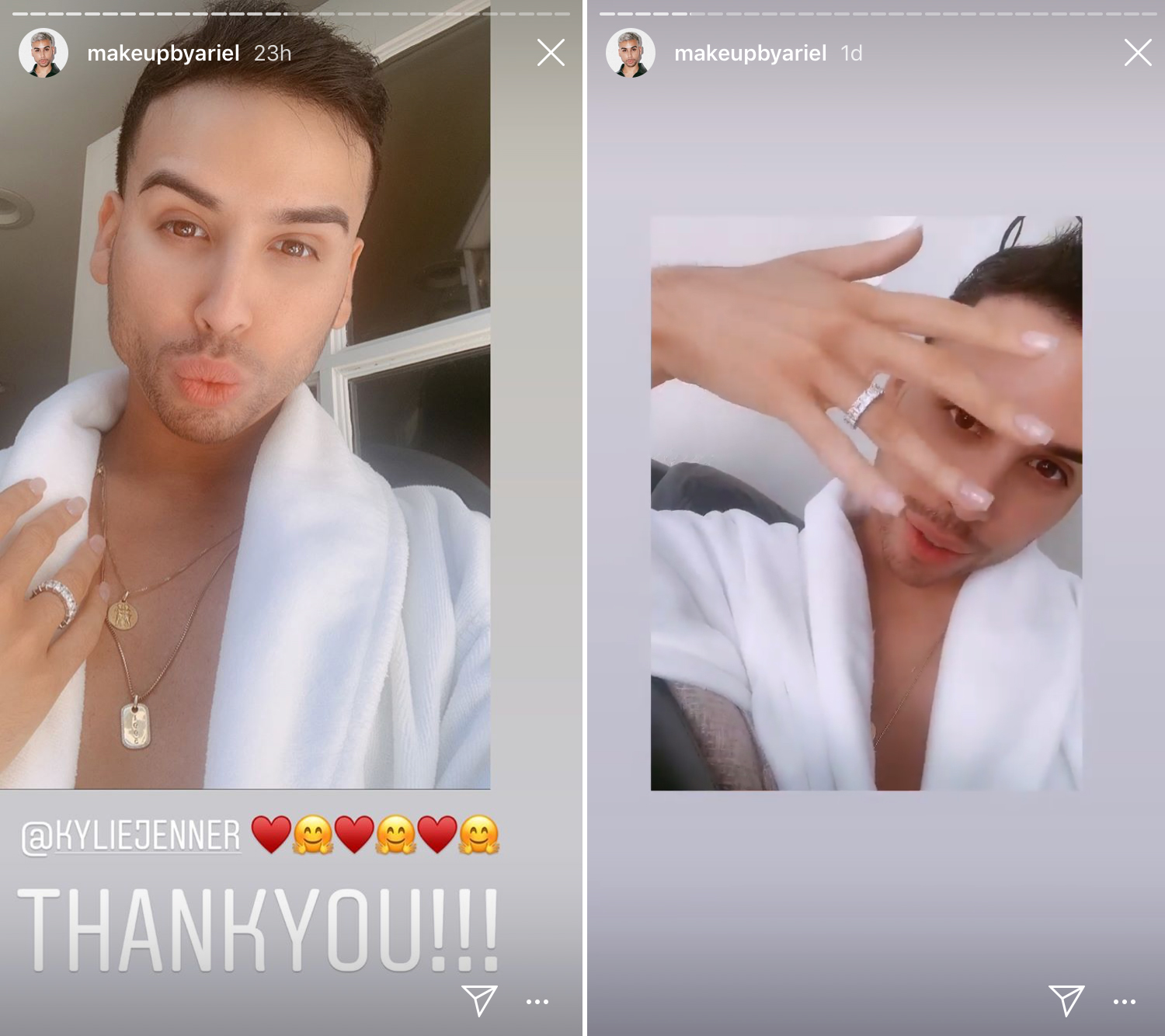 In a thank-you video following the birthday bash, the makeup pro explained that he had had his eye on the glimmering mega-ring for six months and had been going into the store every other week to look at it, in hopes that he would eventually buy it for himself.

However, when he called recently the store informed him that the ring was gone. Disappointed, he said he’d look at others, but the employees discouraged him with the knowledge that the reality star had bought his dream ring already.

In the post-celebration video, Tejada expressed the most heartfelt thank you to everyone who pulled off the surprise party. Then he specifically called out his client for the extra special gift. “And to Kylie I have no words for you. The amount of love I felt last night is beyond what words could ever describe,” he said. “And to think that you went out of your way to think like that for me is just so f—ing cute. I love you with all my heart.”

Can we work for Kylie Jenner?