“My photos were circulating all over, creating new personas: a Chicago stockbroker, an Oregon park ranger, a dog walker named Larry. I couldn’t stop it.” 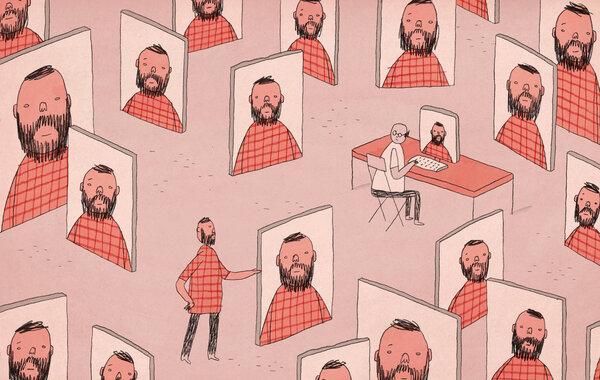 Last spring, Michael McAllister’s inbox started filling up with messages from heartbroken women. “I thought you were the man,” one wrote. “Embarrassing, but I kinda became obsessed with ‘you,’” another said.

Michael discovered that his photos were being used to catfish women on dating apps — from Germany to Brazil to Chicago. So what did he do? He confronted his impostor via WhatsApp.

Today’s story explores a global dating scam (that’s still going on, by the way) and the pandemic-fueled loneliness of digital life. Also, we hear from two women who were duped by Michael’s impostor. One of them shares a trick for determining whether or not a dating prospect is real.

Selfies and Screenshots Behind the Global Scam

A selfie of Michael with his Chihuahua, Agnes. Scammers have used this photo to impersonate Michael on dating apps, one even referring to the dog as “Pom Pom” (a name Michael finds “embarrassing,” he wrote in his essay).