A MUM with a love of vibrant interior design has revealed how she completely transformed three entire rooms herself – using bargain buys on Facebook Marketplace and eBay to get a bright new look.

Mel Hamblett, 32, from Gloucester spruced up a bedroom and two bathrooms on a budget proving you don't have to spend big to get the look you want. 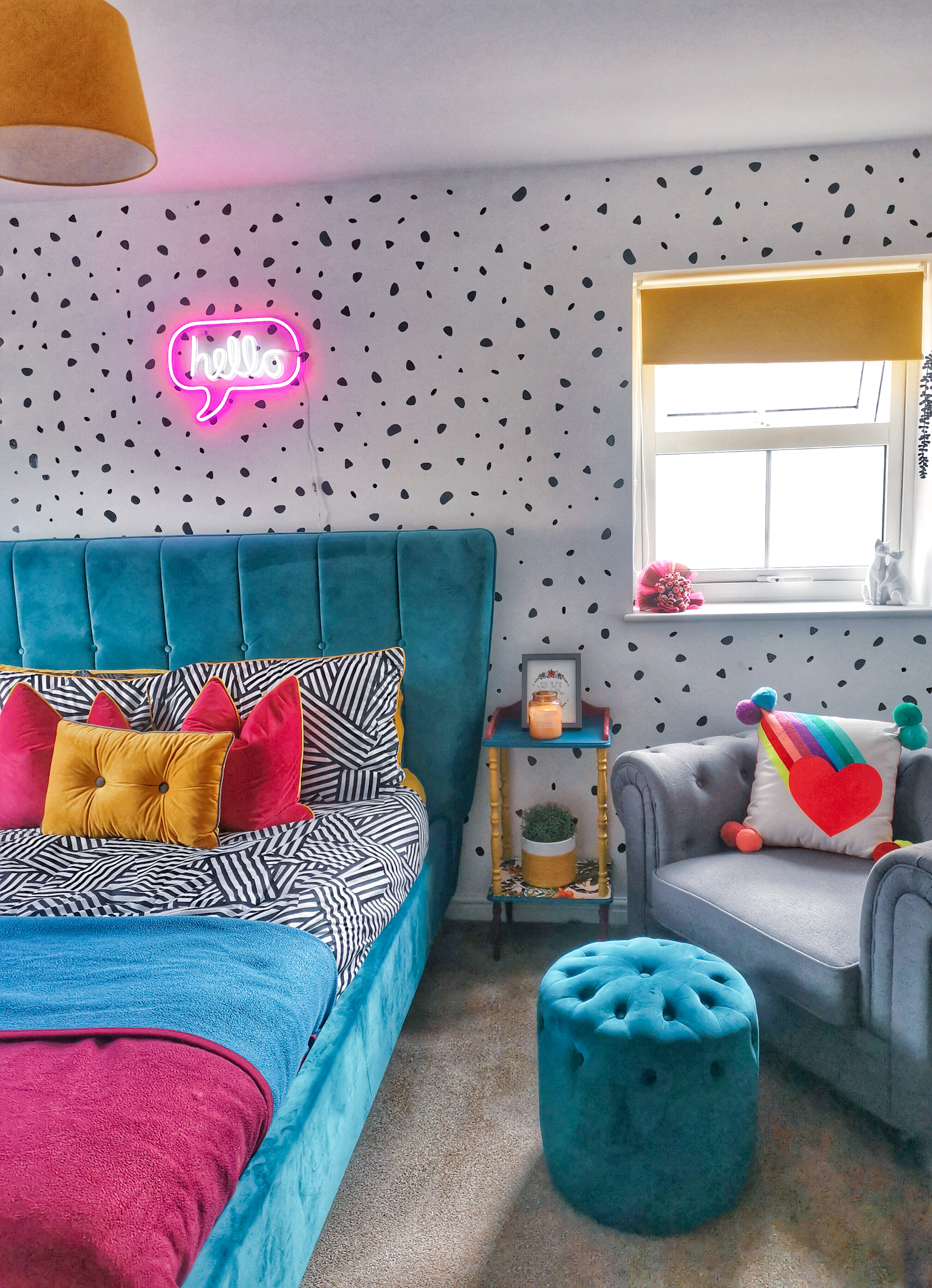 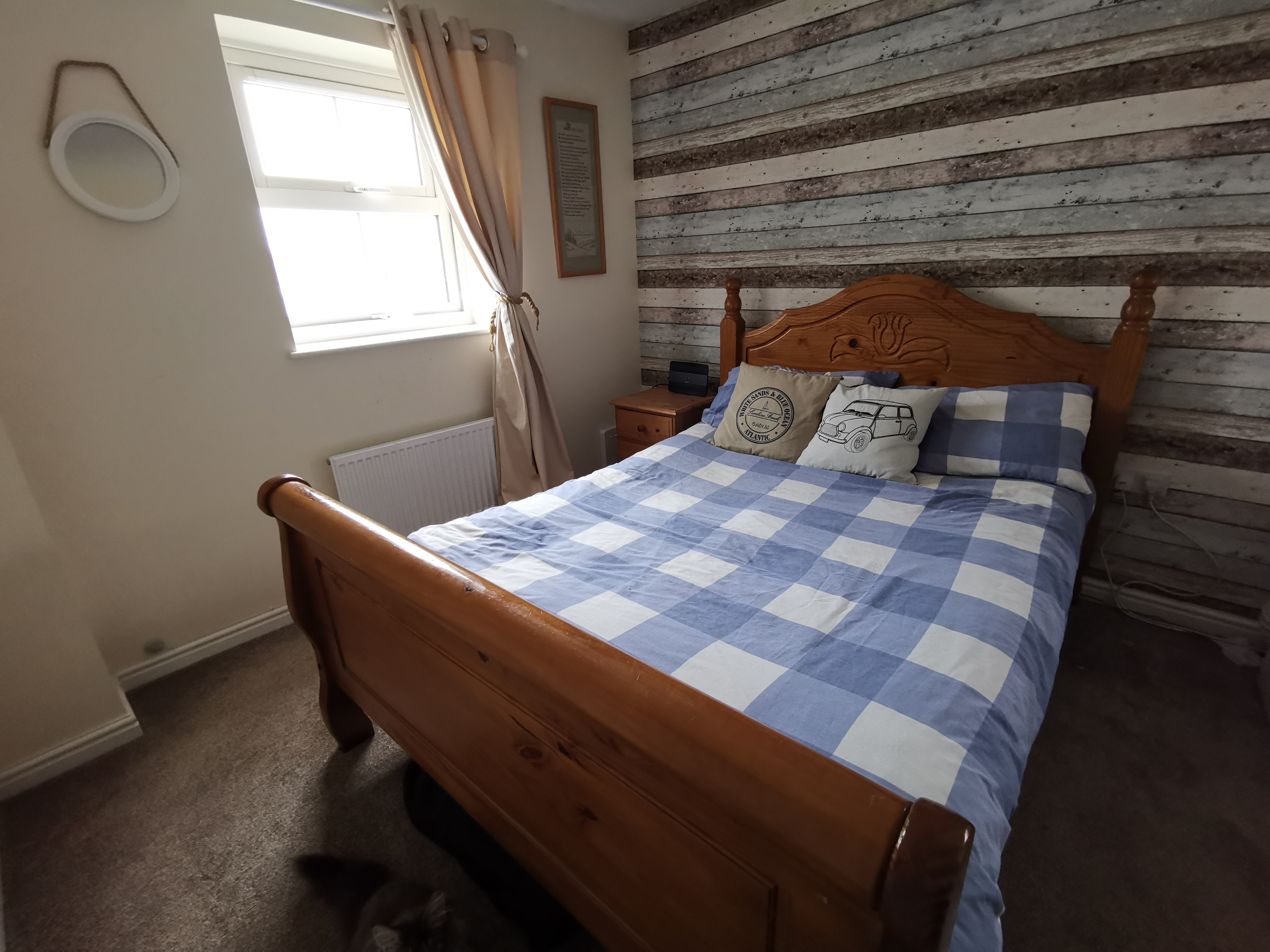 The mum-of-one bought the beige four-bed with her husband James in December 2014 and previously told Fabulous that they've spent a total of £23k turning it into a colourful paradise.

Speaking exclusively to Fabulous, Mel revealed that they spent all of their savings on their first-time buy, forcing the couple to be thrifty with their renovations.

“I often get messages from people who've said they'd written off new builds as having no character, until they'd seen one of my rooms on Instagram – which is such a compliment," Mel said to ABC Finance.

"It's become a real passion of mine to encourage people to stray from the more traditional greys and magnolia schemes, and add some real personality into their new build home (if that's something that they'd like to do!)”

"We don't all have the budget for a home with high ceilings and period character, but with a bit of bravery when it comes to DIY, the ways you can add your stamp to a new build are endless."

This interior-design whizz runs her own colourful Instagram page, and also got inspiration for her own designs from there too.

I often get messages from people who've said they'd written off new builds as having no character, until they'd seen one of my rooms on Instagram – which is such a compliment.

She was on a mission after spending large amounts of money on her previous refurbishments to transform these three rooms on a tight budget.

Luckily, she was able to transform her spare bedroom, ensuite bathroom and downstairs toilet all for a total of £716.99.

“We started refurbishing some of the other rooms in our home including our master bedroom and living room, which included some more expensive updates like fitted wardrobes, sofas and new flooring," she said.

"Once I'd started making home improvements, I wanted to bring other rooms in line with our colourful style, but we didn't have a big budget, so we had to find ways to update on a shoestring."

In order to do this, Mel turned to Facebook Marketplace and Ebay where she'd buy second-hand items and upcycle them.

She said: "Over the last two years I've been learning a lot of DIY to save money on hiring tradespeople; and I always search for discount codes before buying anything online.”

Once I'd started making home improvements, I wanted to bring other rooms in line with our colourful style, but we didn't have a big budget, so we had to find ways to update on a shoestring.

When it came to her downstairs loo, it took a few goes to get it right – but Mel is finally happy with the result.

“Our downstairs toilet had become a running joke amongst friends, following a terrible decorating job I did not long after moving in," she said.

"With no DIY experience I'd picked the wrong bright blue paint and did an awful job of cutting in. I tried to cover my mistakes with white paint and shortly after had a baby, so it stayed and became known as the 'cloud toilet'!”

“I eventually painted over it with some leftover brown paint we had in the garage which covered the 'cloud', but wasn't an attractive colour.”

“After improving my DIY skills, I fell in love with a wallpaper from Lust Home (Wild Thing Brights) which was a multi-coloured leopard print design and I knew this would be perfect for brightening the embarrassing loo!” 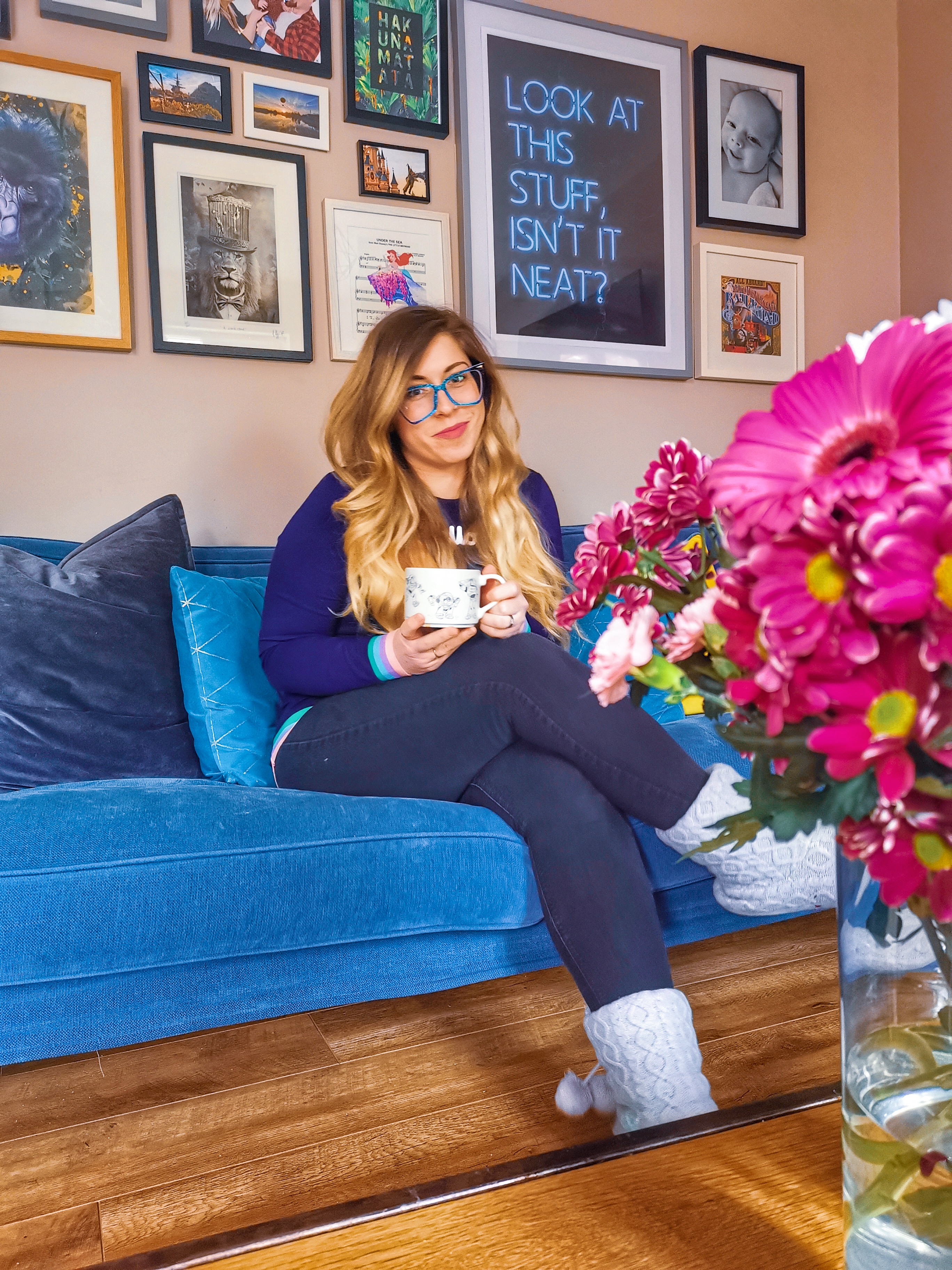 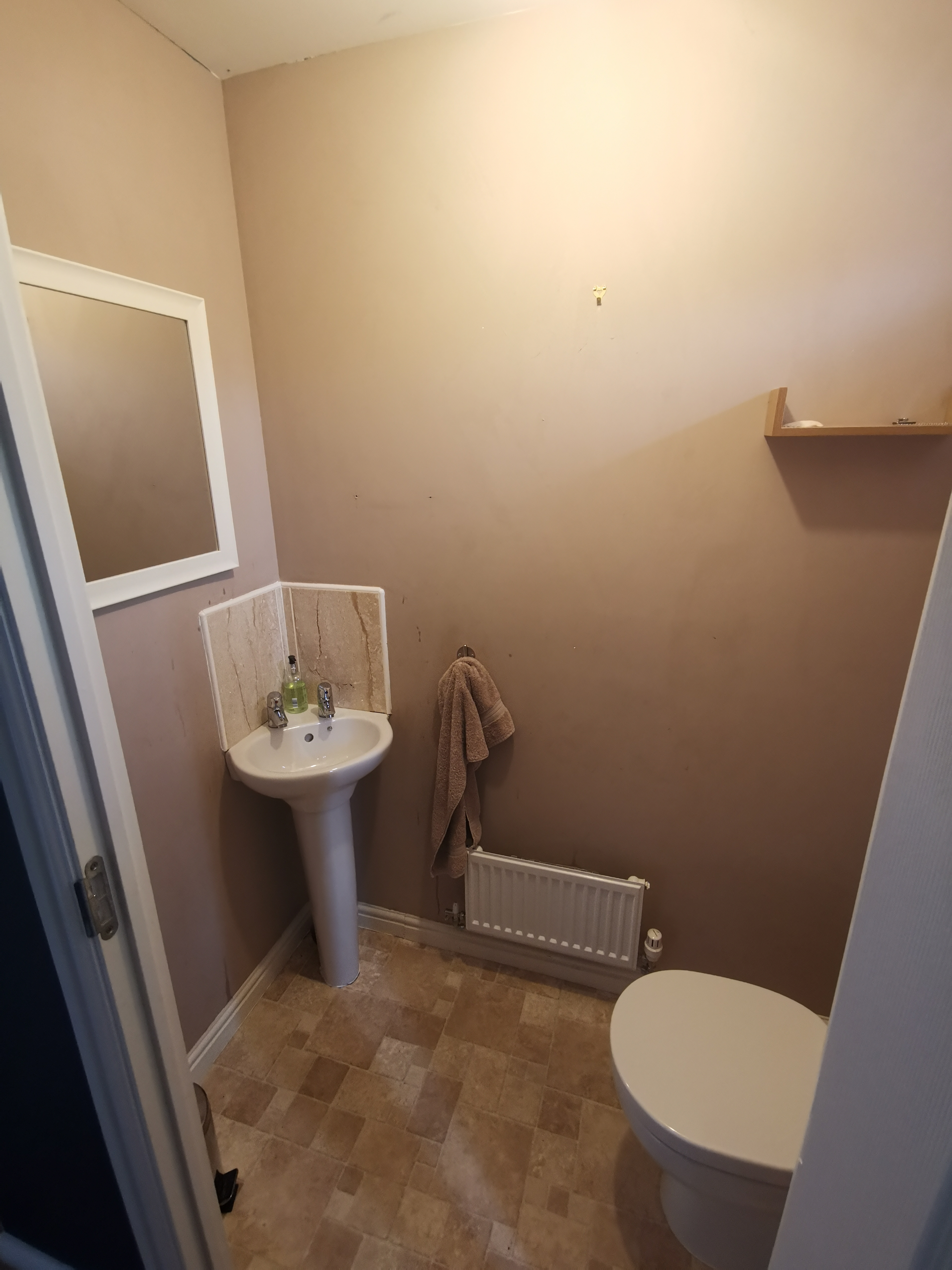 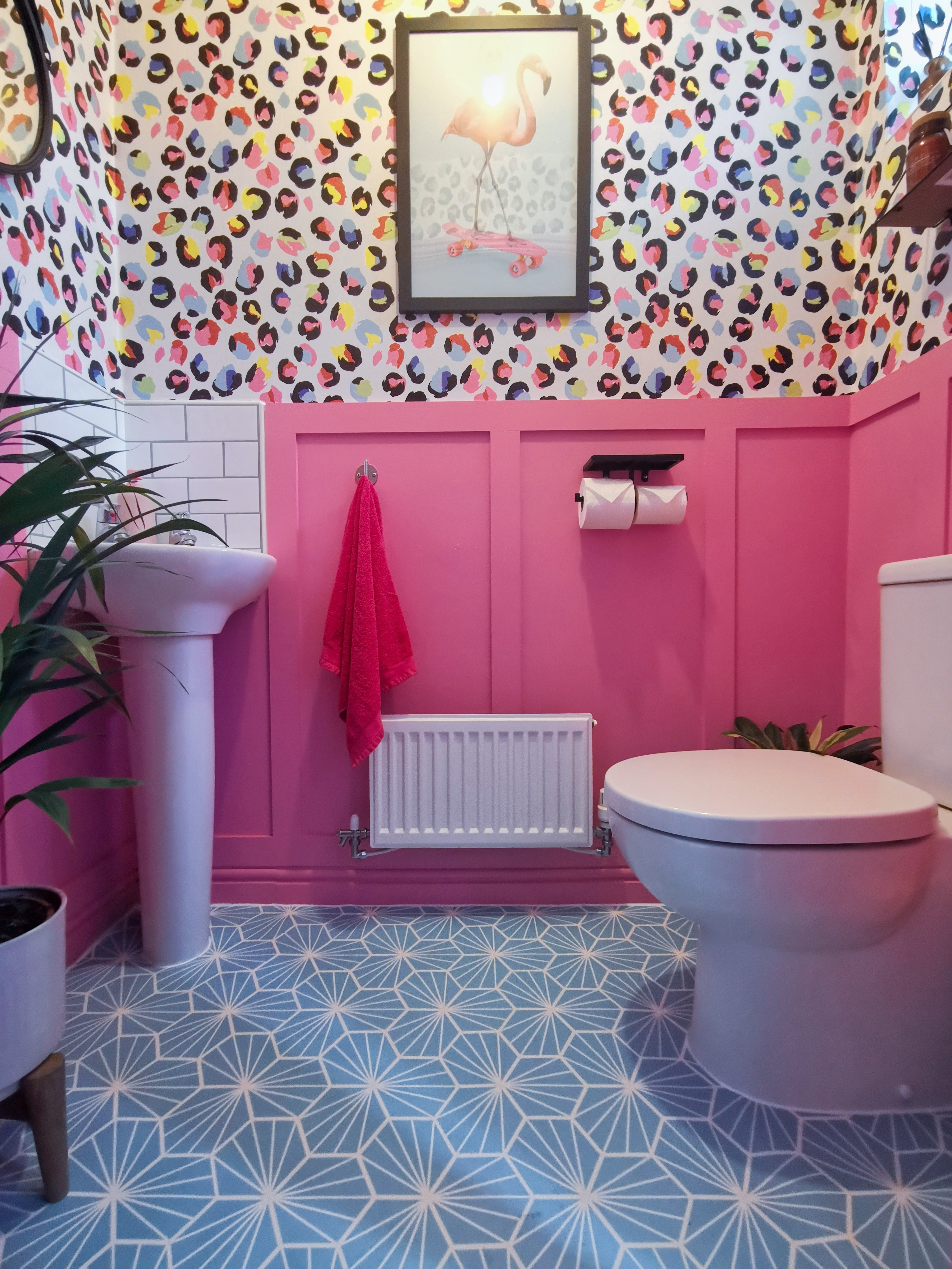 “I planned out some MDF wall panelling and colour matched the panels to the same pink featured in the paper. I used some leftover stick-on wall tiles from a previous upcycle to cover the beige ones which came with the house, and added a powder blue pattered vinyl floor (For The Floor and More) to complete the look.”

“I used a local timber merchant to get my MDF panels cut to size, this was very reasonable and I still have a huge sheet of MDF left for another project.”

When is came to the vibrant green ensuite, Mel drew on inspiration from an Air Bnb they'd stayed in inCroyde, North Devon.

She explained: "They had mixed lime green with slate and we thought it made a lovely bright ensuite bathroom.

“We used the colour Kiwi Crush from Dulux to paint the walls, and I later added 2 rolls of Jungle-themed wallpaper (Lust Home, Mowgli) to give it a more tropical vibe. I updated our silver shower enclosure with black electrical tape to give it the effect of a Crittall door. It's easily removable if we ever change our minds on this look.”

Adding personality to your new build property is a great tactic for the future when you come to sell. It enables you to stand out from the crowd of very similar style built properties and will help you sell your house quicker.

Previously, the design guru attempted to give the room a nautical theme, but she said it didn't "feel right" and it just became a "dumping ground" over time.

She continued: “My husband thought the colour palette I had chosen would be too bright, but upon showing him how it had worked in Elisha's home [in Instagram page she'd seen] he became more on board and trusted my idea.

“I used white paint to brighten and refresh the walls, and covered one wall in dalmation print stickers from ebay. I upcycled most of the other furniture in the room, and really the only 'new' thing in the room was the bed which was £230 using a discount code.”

“I upcycled an old pine mirror using Frenchic Paint (Plum Pudding), an old telephone table which used to be in our hallway, was painted in blue, pink and yellow and given a shelf covered in a wallpaper sample.

"The second bedside unit was free from Facebook Marketplace, and upcycled with Shell Yeah vinyl from Get Kooky and more of the same pink Frenchic paint to tie it in with the rest of the room.”

Gary Hemming, financial property expert at ABC Finance said “Adding personality to your new build property is a great tactic for the future when you come to sell.

"It enables you to stand out from the crowd of very similar style built properties and will help you sell your house quicker.” 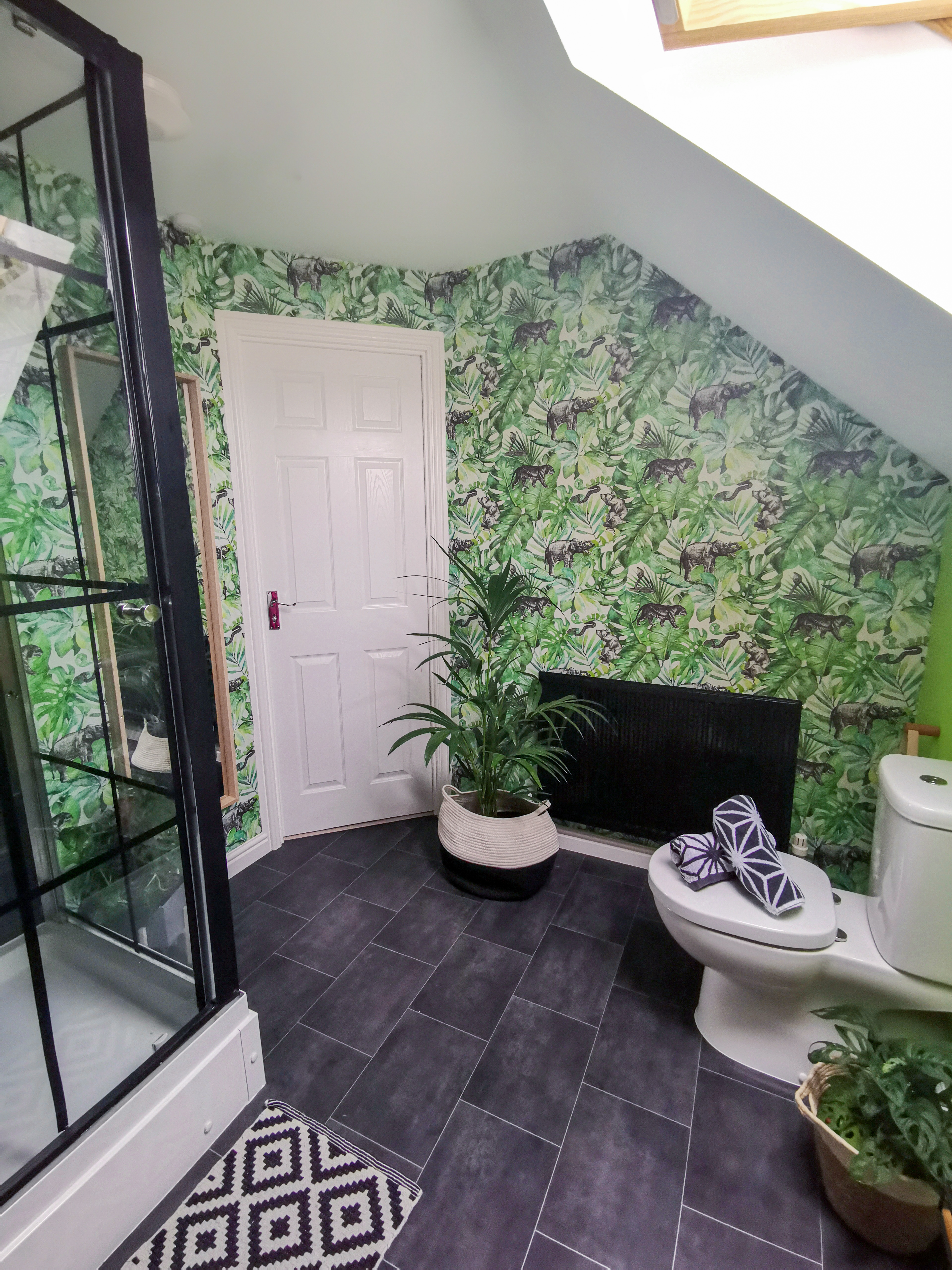 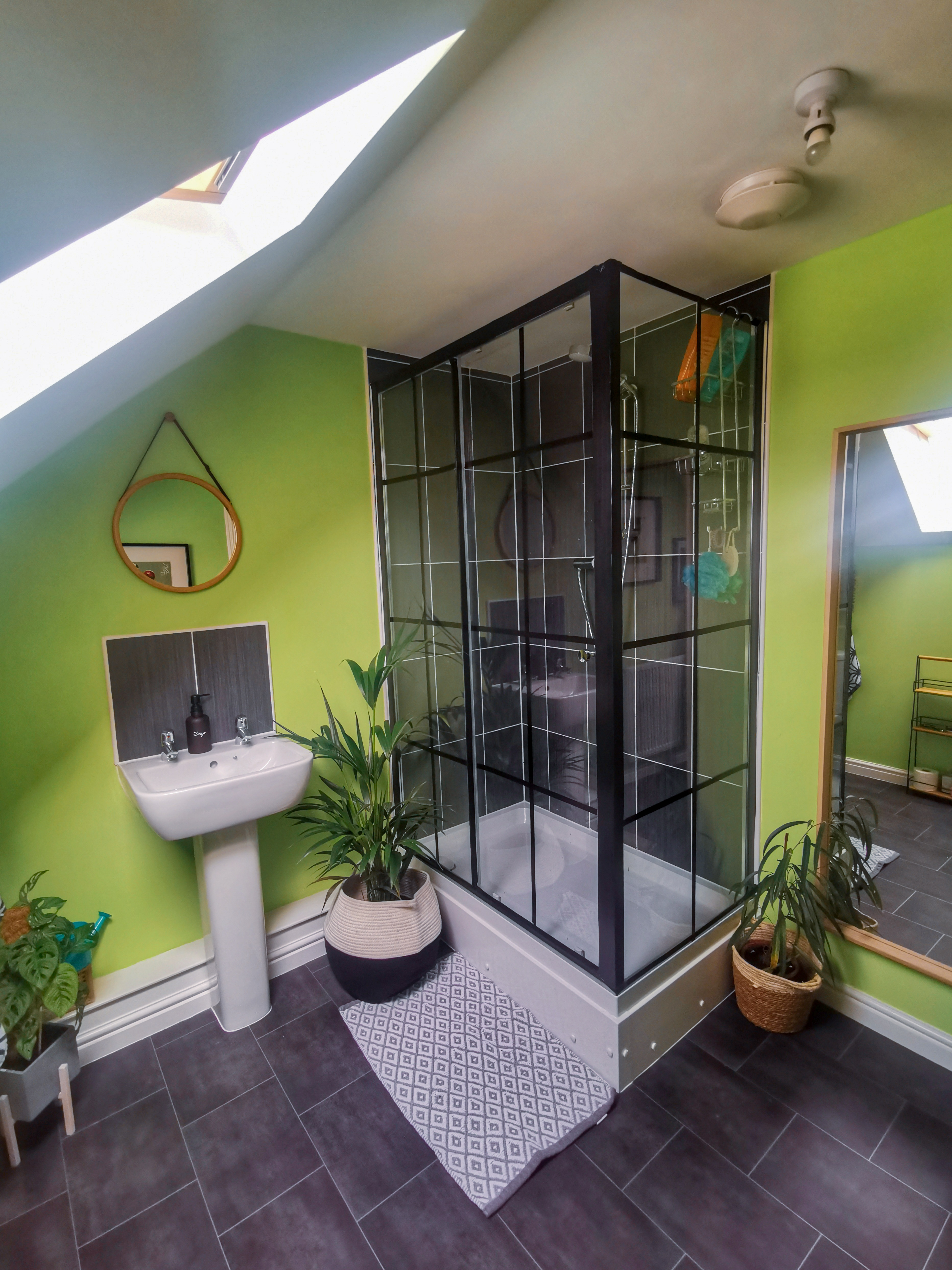 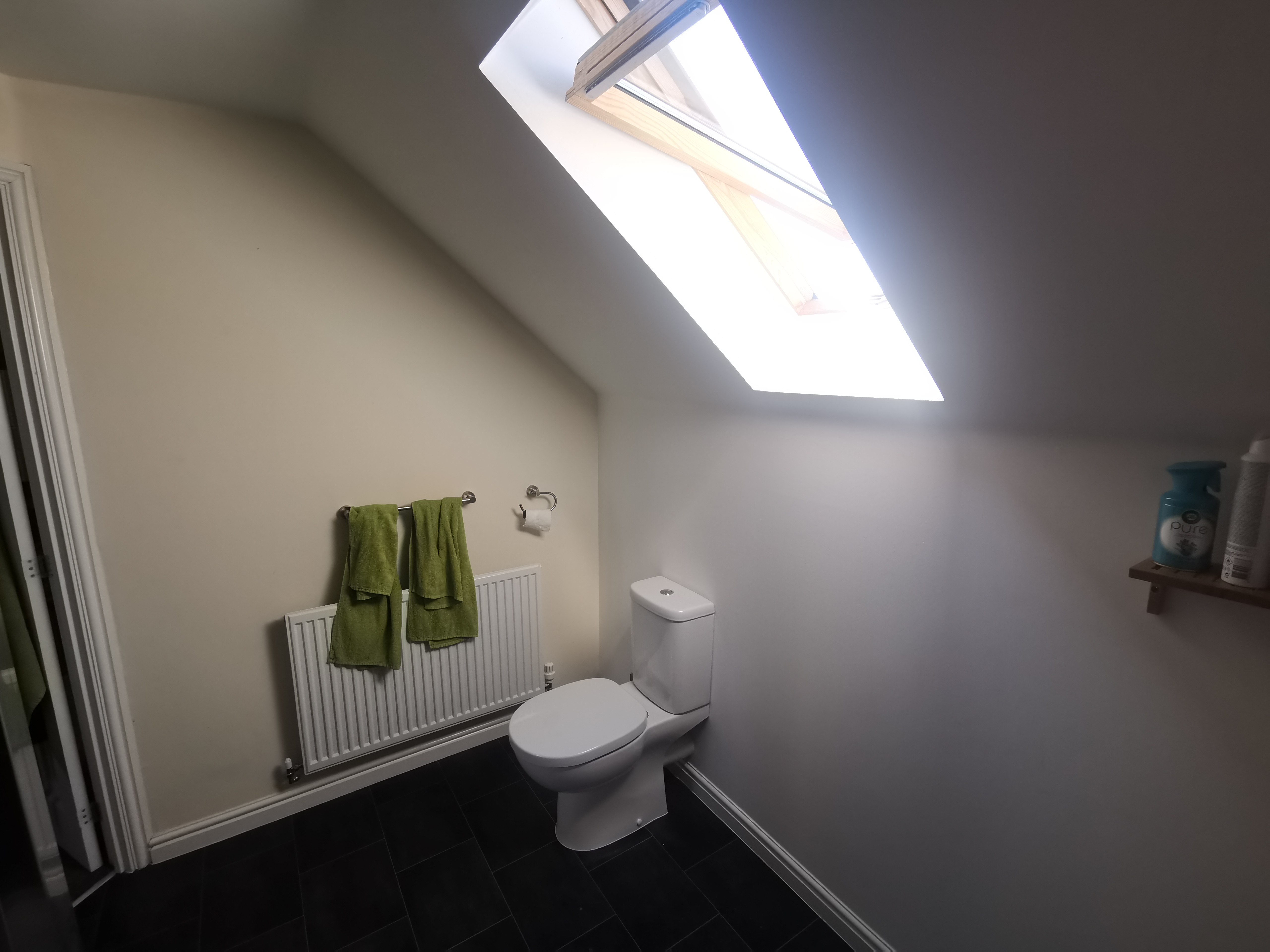 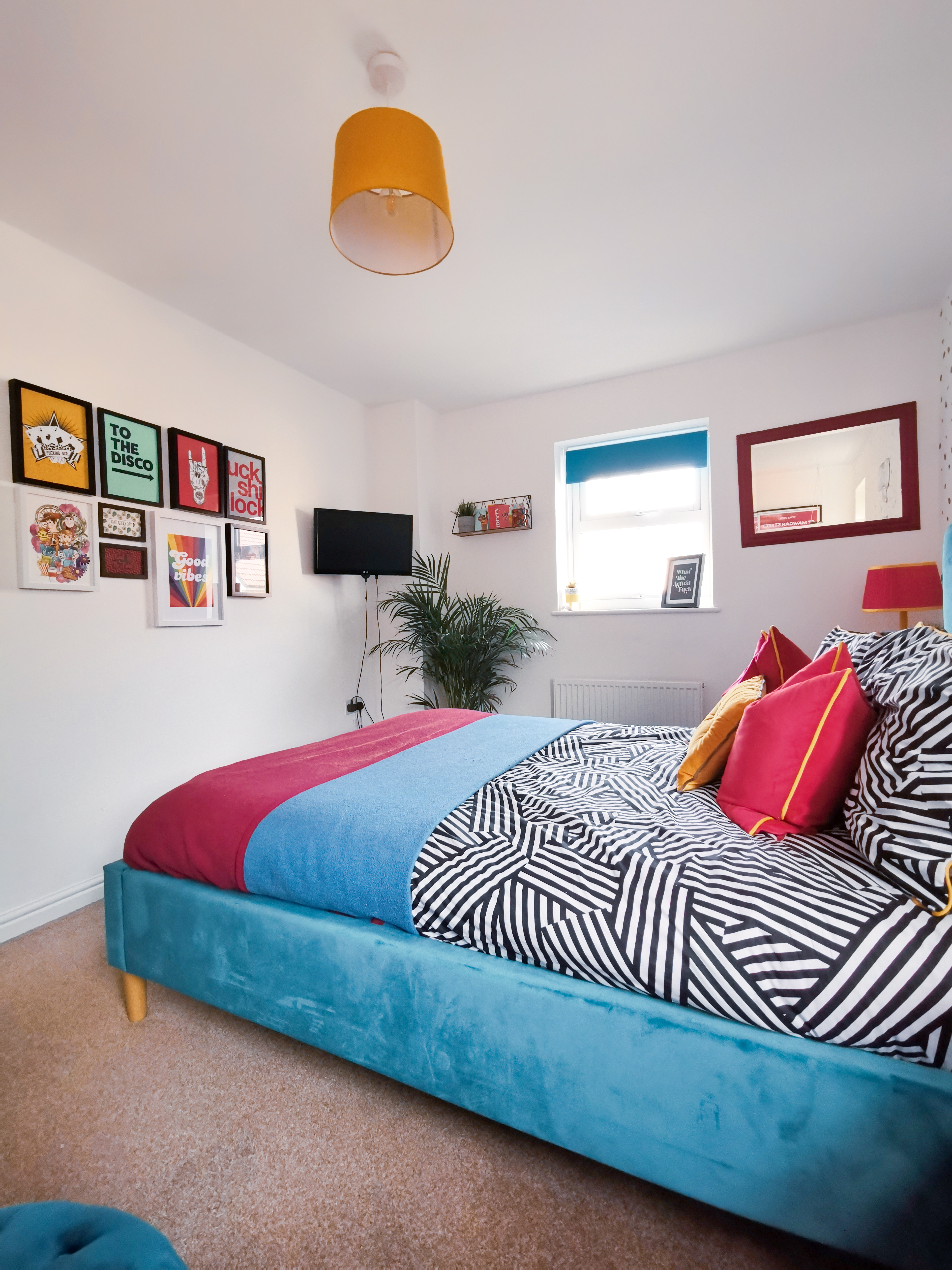 For more amazing home transformations, this savvy DIY fan transforms dull bed frame using a TABLE CLOTH to save hundreds – and it’s so easy for anyone to do.

And this thrifty mum creates son’s dream galaxy-inspired bedroom on a budget – including cheap DIY clouds.

Plus people are raving about Home Bargains’ £4 stick-on kitchen tiles which make your home look more expensive in seconds.