A MUM has issued a warning after the kitchen floor burned off the skin on her baby boy's feet in the heatwave.

Nurse Natasha Trevethan posted the message of caution on Facebook after the shocking accident at home. 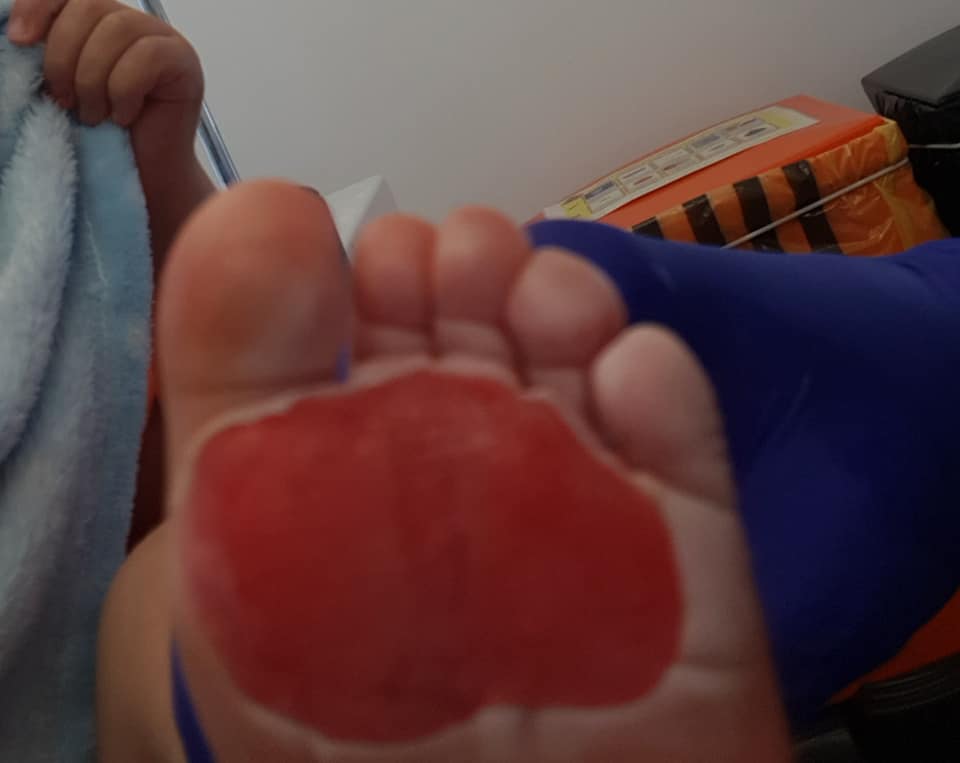 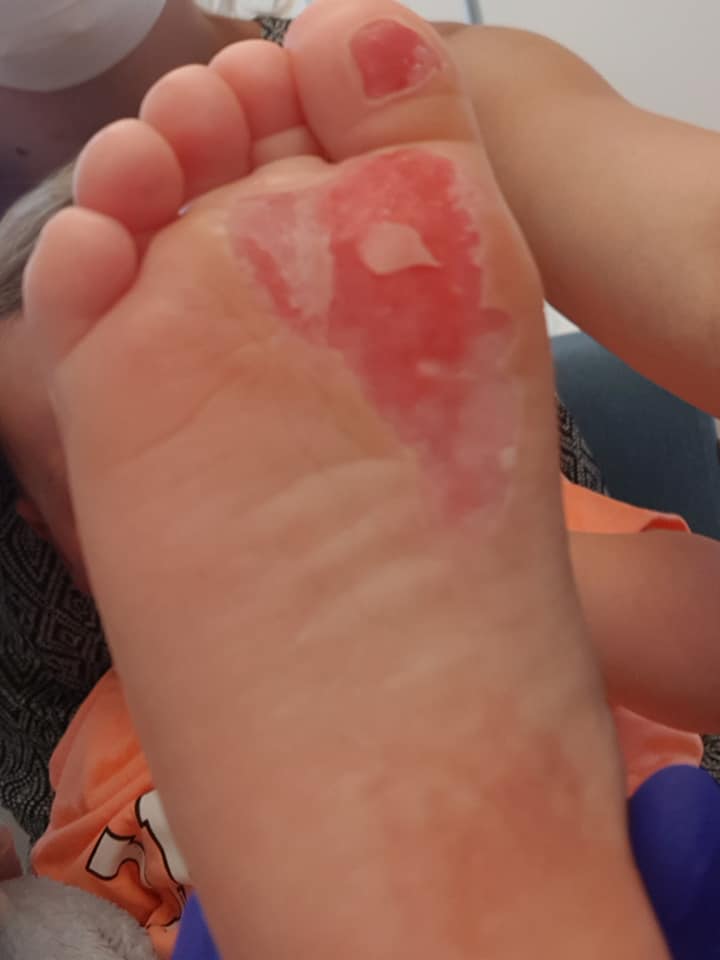 She included horrifying pictures of her little lad's scorched feet, looking red raw after being burnt from the sunbeams heating up the tiles.

He was rushed to hospital to be treated and bandaged up after getting hurt on the hot floor.

The mum wrote: "I thought I would share our awful experience on Sunday with our poor little boy to raise awareness.

"There was no way we would ever have thought this could be a result of our kitchen floor.

"At 22 months old he didn't have the reflexes to hop off the hot tiles. He just stood there and screamed until I could get to him and scoop him up.

"I would hate for this to happen to anyone else's baby."

The sun's rays are especially hot at the moment, with temperatures hitting 30C and above.

Parents should be careful of their children playing outside without shoes on, as once temperatures exceed 31C the pavements and roads can be as hot as 62C.

Keeping kids cool in the sun:

Babies are particularly at risk of heat stroke, as well as the elderly.

Heat-related illnesses can be a result of hot weather, being sat in a hot car, or not getting enough fluids.

And sunburn, from sitting in the sun too long, can be agonising for little ones.

But a baby can’t tell you if it has muscle cramps or feels sick.

Usually a parent can tell if their baby or young child has heat stroke by watching for unusual behaviour.

Look out for the following:

If your baby or child is suspectd to have heat stroke you should:

The heatwave has caused firefighters to issues warnings over glass and mirrors.

London Fire Brigade spoke out after it was called to a flat fire caused caused by sunlight being refracted through the edge of the balcony glass and igniting cardboard boxes.

A spokesperson said: "The sun is especially strong during these summer months, but fires caused by refracted and reflected sunlight can happen all year round and are actually quite common.

"Our advice is to make sure that you keep mirrors, crystals, glass ornaments and other reflective items out of direct sunlight at all times.”

It comes after a family issued a heatwave warning last month after a 10-year-old boy suffered gruesome burns when he walked on sand scorched by a BBQ.

Will Tyler had been enjoying a day out with his parents Toby, 51, Claire, 44, and sister Lily, 12, on Formby Beach, Merseyside, when the horror unfolded.

The youngster was left screaming in agony after treading on the sand where a disposable BBQ had been smouldering for hours.

Will was rushed to hospital with severe wounds on both feet and was even left wheelchair-bound during last June's heatwave.

He can now walk unaided after a eight-night stint in hospital but still wears compression socks 23 hours a day to protect the scars as well as a splint at night. 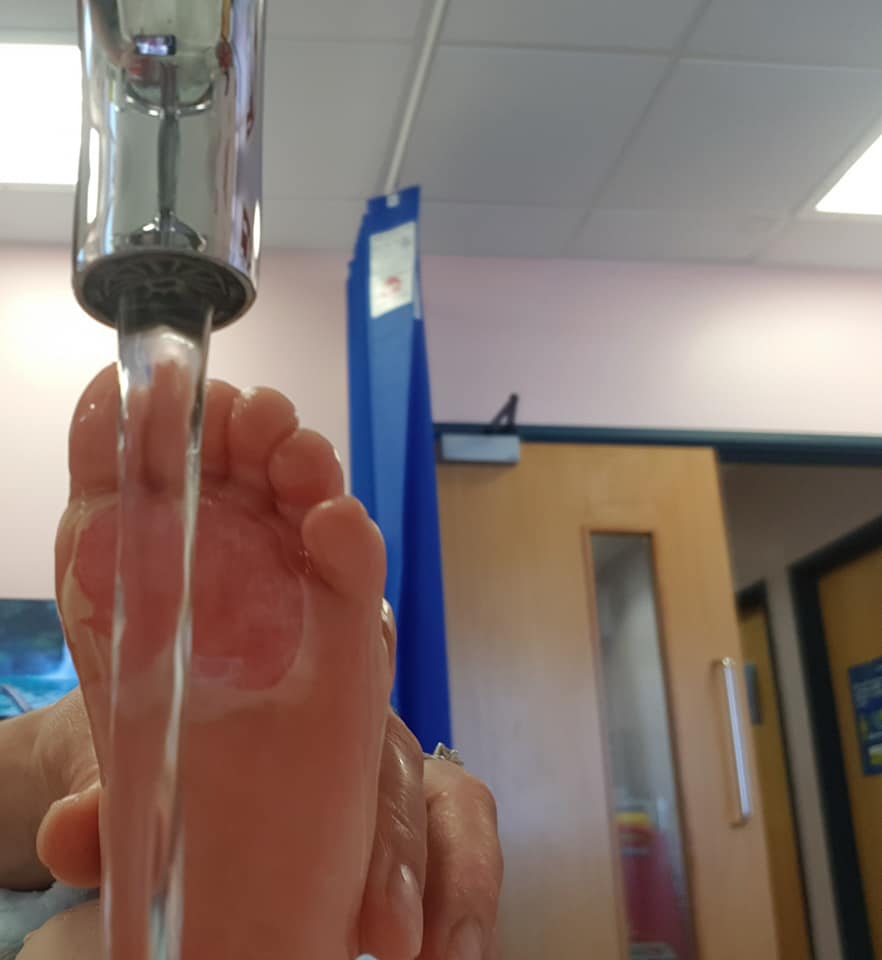