WE can't deny that picking an outfit a wedding is a total fashion minefield – but generally speaking, if you avoid wearing white or black then you should be in the clear.

That said, one bride has blasted her husband's family who all sent a VERY strong message when they rocked up in their finest funeral dresses to her special day. 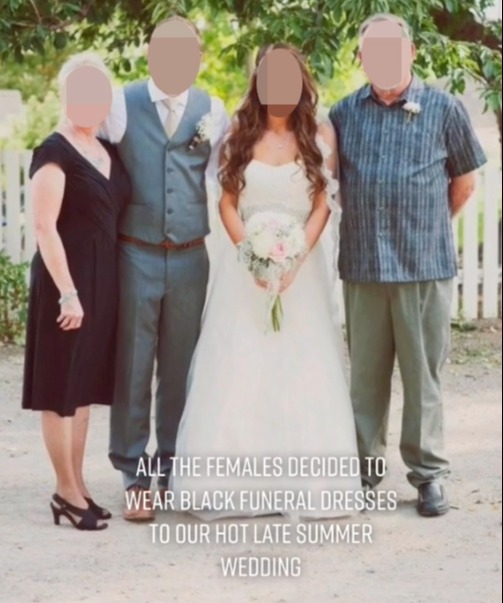 Earlier this week, the woman challenged other TikTok users to share how they know their husband's family doesn't like them.

Kicking off the trend, she said: "All the females decided to wear black funeral dresses to our hot late summer wedding."

In the viral video, the groom's immediate family appeared as though they were in mourning as they turned up to the wedding in their matching monochrome dresses.

Acknowledging that there'd be some "toxicity" at the wedding, the bride later revealed that both her and her partner's family had been asked to dress in gold tones and the women had purposefully tried to *f*** it up". 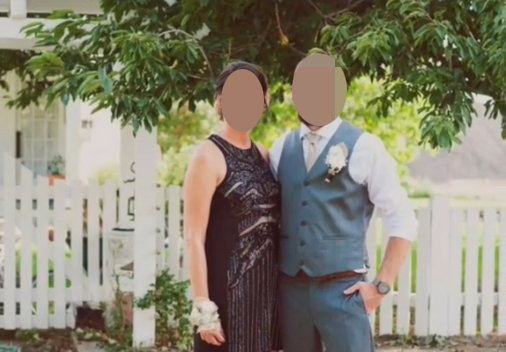 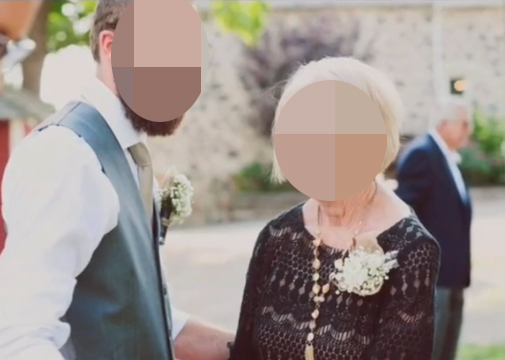 Unsurprisingly, the groom's family's fashion choices kicked off some heated debate in the comments.

"Well now you get to wear sparkly white to their funeral," one replied. "It's only fair."

"At least they didn't wear white," another added. "If they'd worn white, there would have been war."

"Makes you wonder why they even bothered coming if they didn't support his choice in who he was going to marry," a third wrote.

For more wedding horror stories, this 'greedy’ bridezilla was slammed for asking guests for £55 cash donation on cheeky wedding invites.

And this groom was accused of ‘wrecking’ wedding after making pal PROPOSE in the middle of the reception as ‘ultimate wingman’ act.

Plus this mother-in-law was accused of ‘hating’ bride after she turned up to wedding in almost IDENTICAL bridal dress.