Richard Quinn Returns With a Dance

LONDON — London darling Richard Quinn has been noticeably absent from digital fashion week calendars, choosing to keep rather quiet ever since the pandemic hit.

Given his flair for over-the-top eveningwear and showmanship — his London catwalk presentations involved orchestras, grand sets and fairy-tale storylines that left many a showgoer agog — it’d be easy to assume that the young designer would struggle to find his place in this new, digital-first landscape.

Not so fast: Quinn might have chosen to take a step back from the spotlight as the world battled with COVID-19 restrictions, but he has been working behind the scenes to develop new product categories, even more glamorous eveningwear — and a big production film that captured the same emotional intensity as some of his physical shows.

“We just wanted to create a full body of work for the new year. If we were going to get into film, then it needed to be a movie, not just showing some clothes without context. We wanted to take our time and when things start opening up again, release it as a celebration,” said Quinn, following a screening of his fall 2021 film at Notting Hill’s Electric Cinema.

The film itself was steeped in the designer’s fantasy world, that stretches from darkness to childlike fairy tale.

A group of feline creatures dressed in head-to-toe latex and bondage accessories crawl out of a floral-print London taxi and into the streets of a dark, rainy Soho. But all of a sudden flashing lights and upbeat music turn on and Quinn’s models, sporting larger-than-life hairstyles and voluminous floral dresses, start waltzing and dancing around.

The protagonist, who lives down the street, then receives a magic box that transports her into Quinn’s fantasy land, starting with a decadent, all-pink room where ballet dancers are performing, to an atelier where the mannequins come alive and the machinists are dressed in Richard Quinn floral bodysuits, and an even bigger ballroom dressed in a floor-to-ceiling floral print and piano to match. 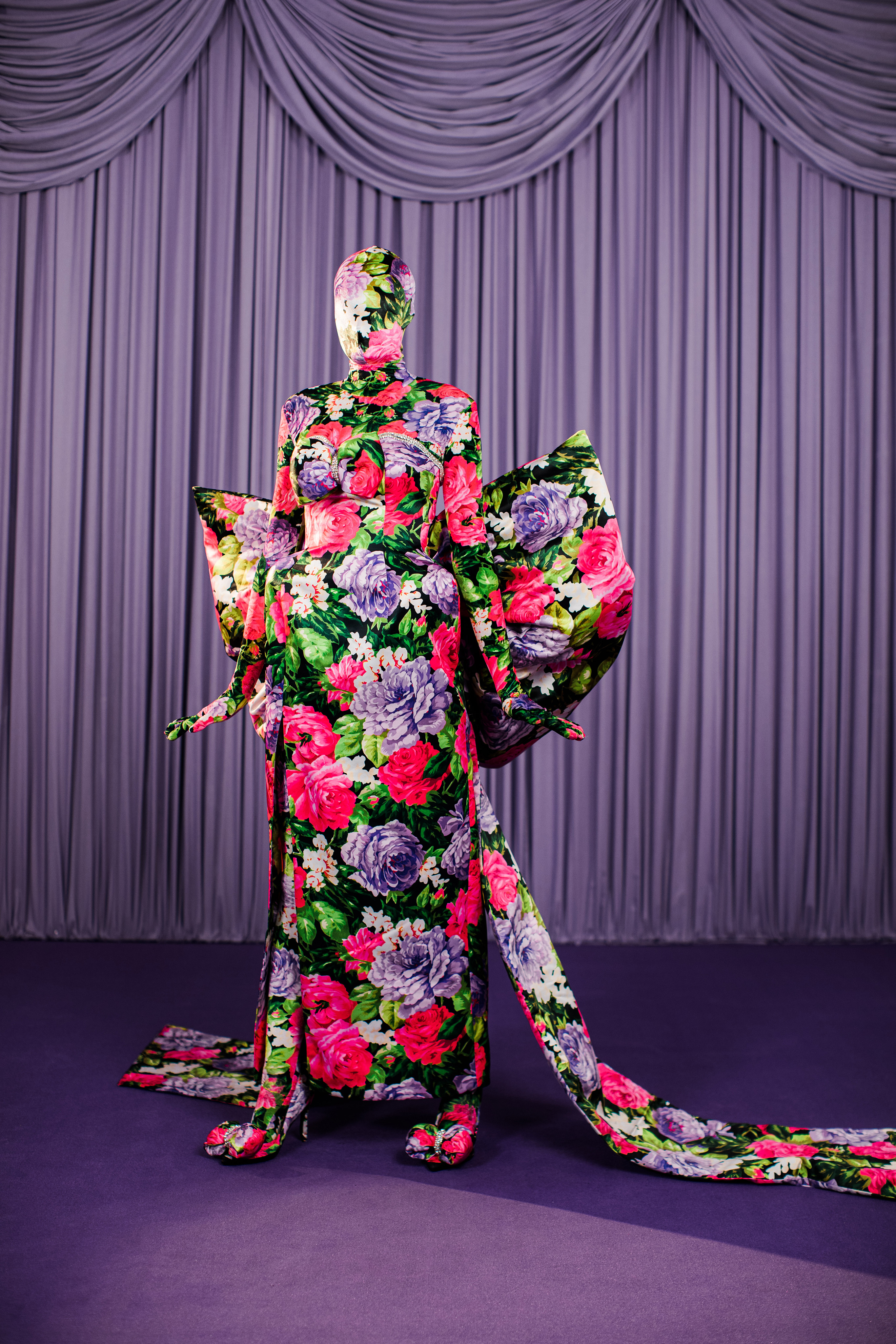 More dancing follows, with models wearing some of the most over-the-top gowns the designer has ever presented, featuring giant bows, extra bright patterns and crystals galore.

“We wanted to really push it and go against the pajama. We wanted to go bigger and more extravagant than we ever did before with loads of embroidery and prints. If we were going to have print it would be a printed room, a printed piano — everything on steroids,” said Quinn, who wrote the script himself over lockdown.

He made sure to juxtapose the dreamy, dancing scenes with darker snapshots of the latex-wearing cats and bring the full cast together in a final scene, which resembled a wedding celebration-cum-dance party. 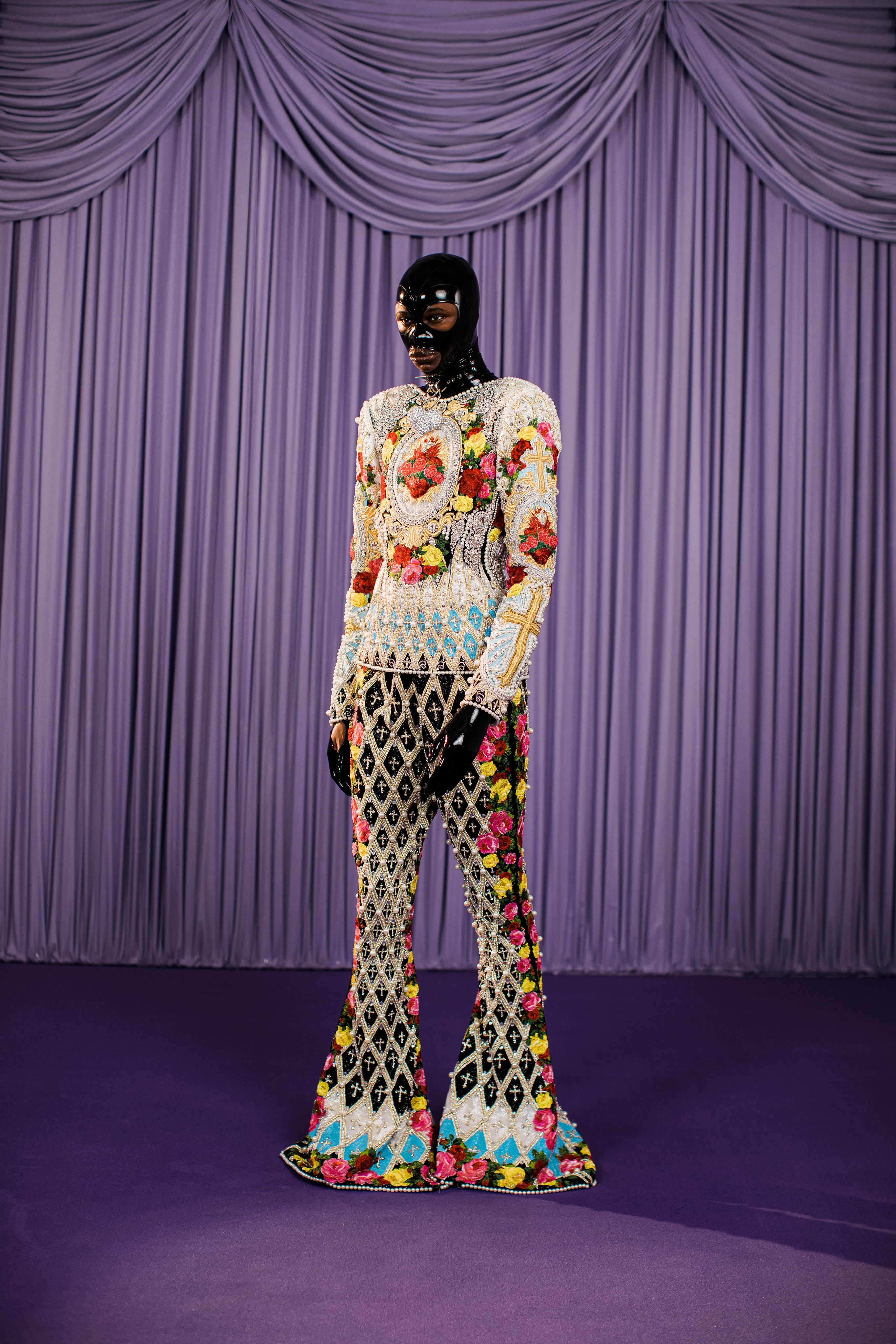 “We did a really big production and want to make it look like an actual film. It was more about developing a whole vision of what a Richard Quinn film would look like rather than having a short, fleeting moment. This was more of an archive project that goes beyond the season and becomes something that we want keep and reference back to,” added the designer, who also used the extra time to start developing accessories this year, including small leather goods, tote bags featuring his initials and a cute daisy motif, as well as sock boots in his signature prints.

“It’s just been a year of developing lots of different things and having time to take a 360 view of what I want the brand to look like,” Quinn said.

Moving forward, he wants to keep experimenting with film — but as restrictions lift some of his elaborate sets might start coming alive and turning into the backdrops for physical fashion shows, too. 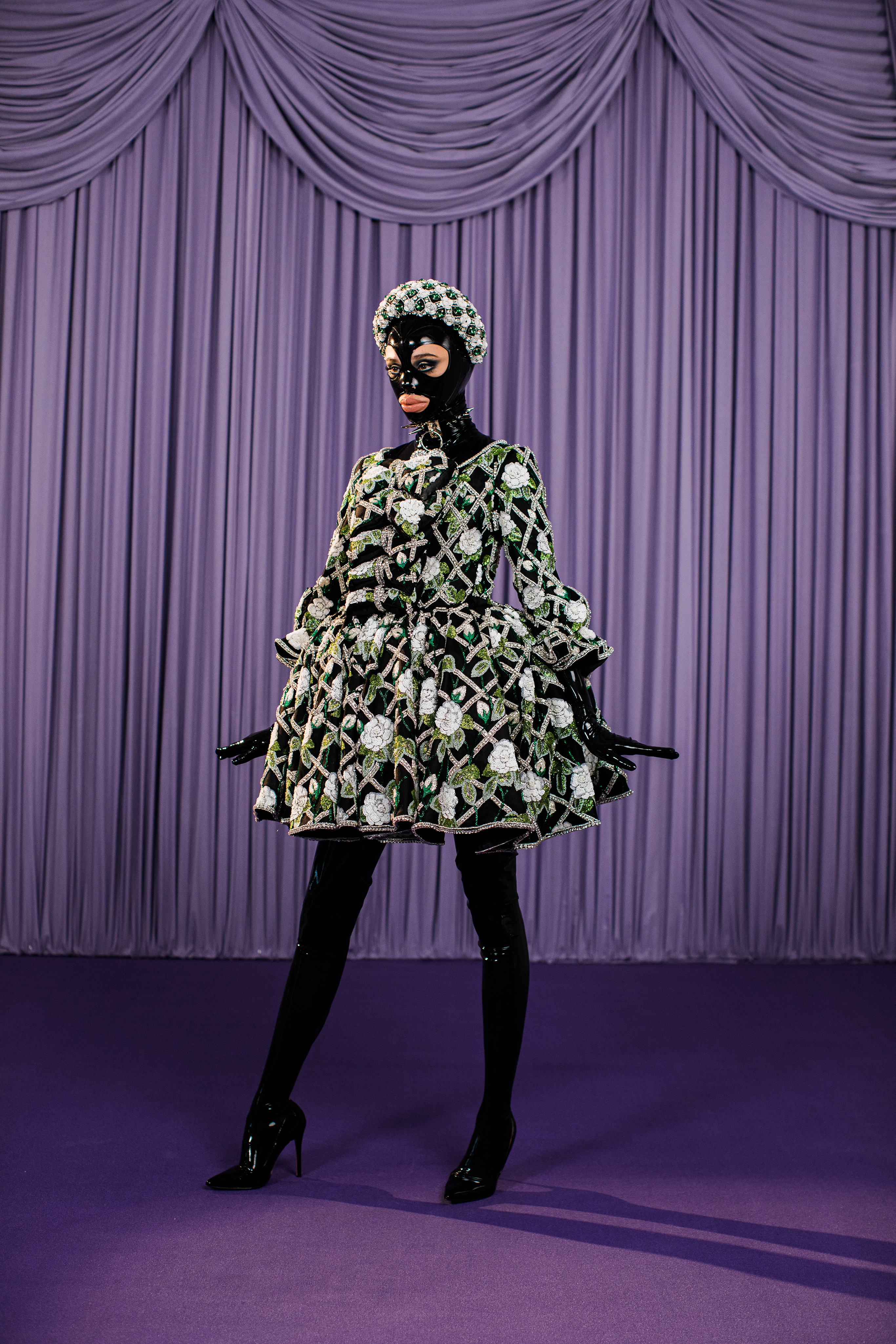