LOOSE Women star Saira Khan adopted her 10-year-old daughter Amara from Pakistan when she was a baby in 2010, after two failed rounds of IVF.

To mark World Adoption Day, the mother-of-two, 51, from Long Eaton tells The Sun why she firmly believes more people – especially celebrities – should consider adoption as a way to start or complete their family. 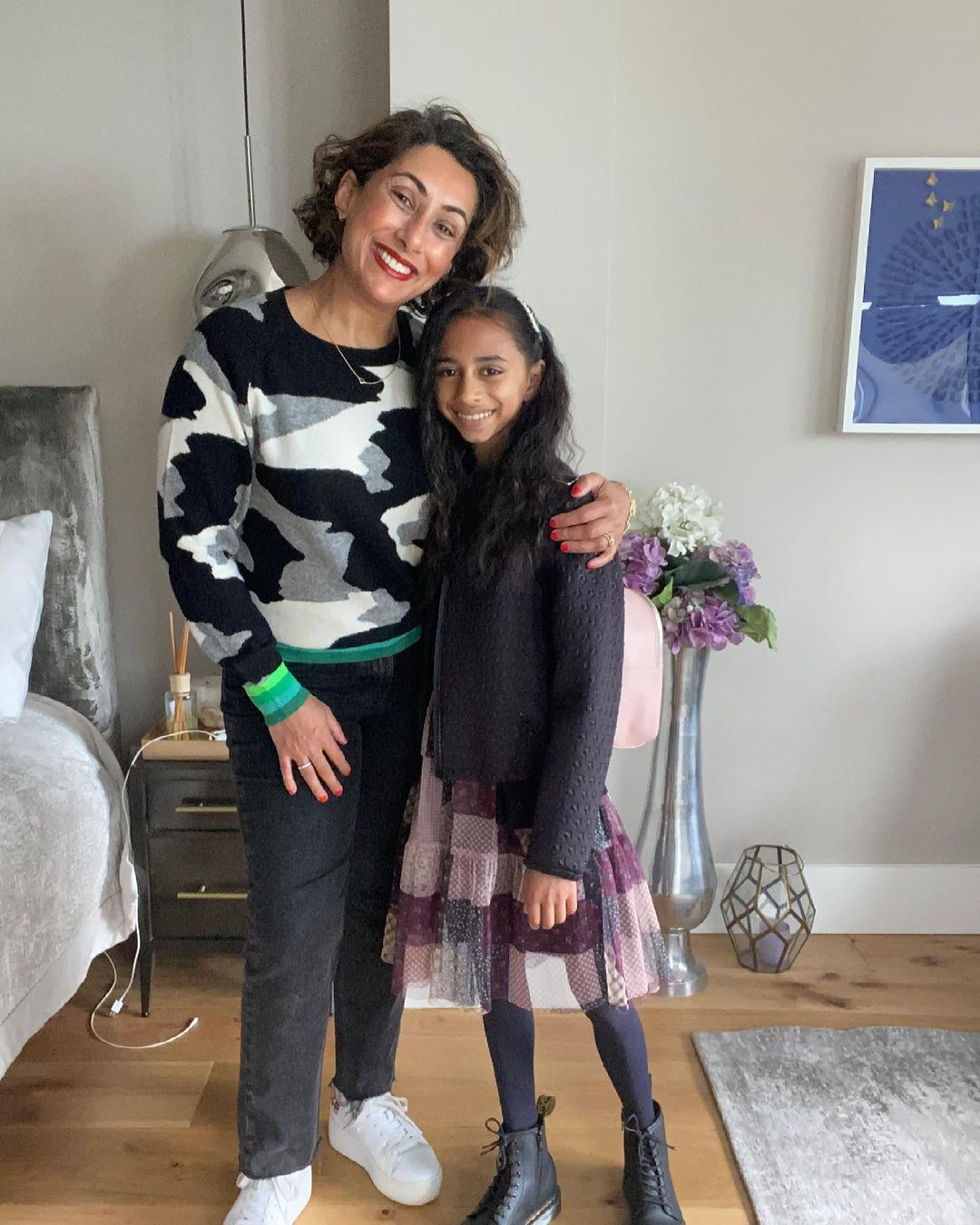 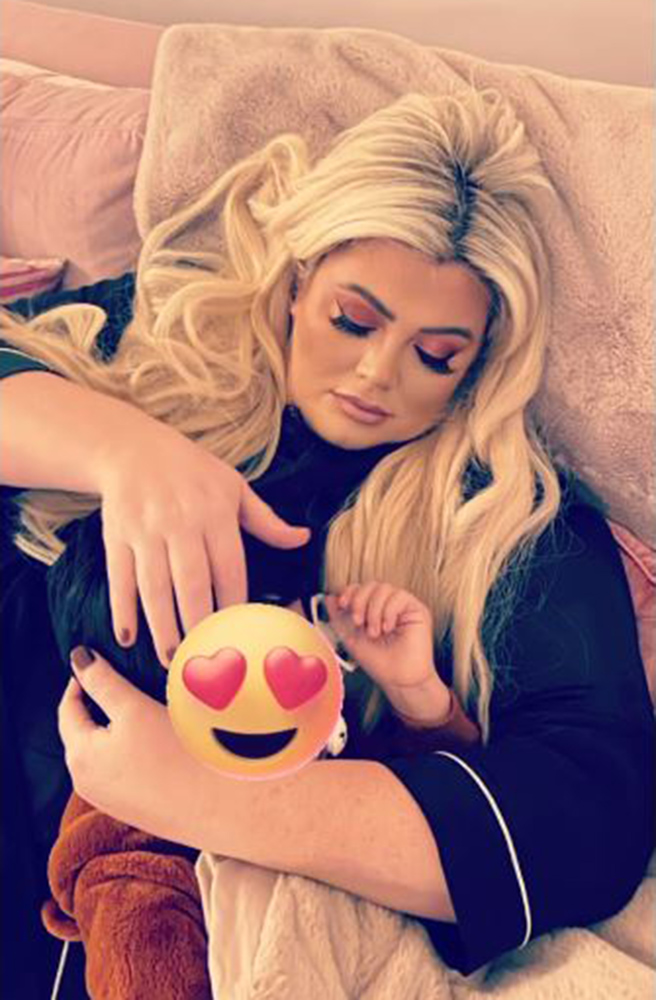 SEEING Gemma Collins cuddling her three-year-old stepson at the weekend, I couldn’t help but wonder why she’s not considered adoption.

Gemma has openly spoken about being desperate for a baby and is exploring IVF after struggling to get pregnant with partner Rami Hawash.

I know Gemma well, and I really want to say to her, Gem, why don’t you look into adoption first?

More than anything, that heartwarming photo proves a child doesn’t have to be biologically yours for you to love them.

And if you’re worried you couldn’t love an adopted child "in the same way", then quite frankly, you’re not fit to be a parent.

Today, on World Adoption Day, around 3,000 children in the UK are in need of an adoptive family, but the number of kids taken on has fallen by a third in the last four years.

I adopted my daughter Amara so I’ve seen first-hand the difference a loving home can make to a child.

When I met my husband Steve, we talked early on about what we’d do if we couldn’t have children, and if we’d be willing to adopt. I think it’s crucial that couples have this conversation.

We spent £15,000 on IVF in 2008, and it nearly bankrupted us. When our second round failed and I miscarried, I couldn’t believe I’d spent all that money for nothing.

I remember picking up the phone that afternoon to social services and asking them to help us adopt.

I’ve talked to a lot of women who had fertility issues like me, and many said they’d be willing to adopt but their husband feels weird about the idea of bringing up a child they’re not related to by blood.

I think that mindset is really toxic.

I also find it strange that people will go to great lengths to get sperm donors – complete strangers – but they don’t think about adoption.

It doesn’t help that rich people in the public eye – most of whom live in massive houses with plenty of space – are having their third, fourth or fifth child. It makes me quite sad, and it hardly gives out the message that you can adopt, alleviate the burden and give a child a future.

Overpopulation is one of the biggest threats to the planet and our resources, and it’s funny how few people connect the dots. Adoption is part of the environmental solution.

It’s great that celebrities like Angelina Jolie, Madonna and Charlize Theron have shone a spotlight on adoption, but they’re A-listers with millions of pounds in the bank and a lifestyle most of us can only dream of.

Imagine the impact someone more relatable like Gemma Collins could have if they went down the adoption route.

I'm not saying that celebrity is the panacea for adoption, but more people need to come into the system and not be scared.

We have got an amazing adoption system in this country. We just need to get more people into it, support our social workers, and allow them to get on and do their jobs and get kids out of care quicker. Not all of them have problems or are disadvantaged – some just need a home.

The process of children coming into care is still quite slow and archaic. It’s complex because ultimately, you don’t want to separate a child from their birth parents, but unfortunately we also have to recognise that there are some people who have given birth to a child they are completely incapable of looking after, so hard decisions have to be made for the welfare of that child.

Sometimes children spend too long in care because the courts are trying for too long to get that child to be with its original parents, instead of saying ‘right we've got to move on, the important thing is to get this child out of care and with their forever family’.

The average number of days between a child entering care and moving in with a new family has gone up by 34 days since 2019/20 to 494 days.

The social care system in this country is very neglected. Social workers need a lot more authority and investment so they can make decisions for the welfare of the child.

Right now they’re underfunded and when things go wrong they’re the first people who cop the blame. But when you don't have the resources and you're not valued, you're going to get a workforce that is helpless.

Children need to be put first, and we can only do that if politicians make social care a priority.

My husband and I are talking about adopting again, and this time I’d want to take on a toddler.

There are a lot of children in the care system aged four to seven, and those are crucial years where you can really make a positive impact.

Black and ethnic minority children are also overrepresented in the care system.

I’m a firm believer that the colour of your skin is irrelevant. I would adopt a black child – with a loving home and the opportunity to realise their potential, there’s no reason why they won’t thrive.

My husband and I want to adopt again

Parents need to be open-minded. It’s important if they do choose to adopt outside of their own race that they educate themselves about the heritage of that child.

They will turn around one day and ask why they’re a different colour, but the adoption process will give you the right language to answer these questions.

All adopters are required to undergo a parenting course, and I firmly believe every parent should do it, irrespective of whether they’re adopting or not.

It teaches you to understand how to communicate with children, how to read them and help them thrive.

It made me a better parent to my birth son.

It’s also imperative that you tell your child from the moment they are with you that they’re adopted – that is the way they came into your life, and should be celebrated.

Back in the Sixties, keeping it a secret became a real weapon because a child would go to school and become playground gossip. Often they’d hear they were adopted from other children, and that can shatter someone who had no idea.

The adoption process arms you with how to deal with schools and teachers. I had to brief Amara’s so that they knew when they taught about family life, her story would be different.

I remember the teacher calling me to say that Amara getting up to talk about being adopted was one of the most powerful things she'd seen.

Adopting has definitely made me a better person. It’s also made my marriage stronger.

At the time we were going through job changes and financial uncertainty. It was testing having social workers coming round, grilling us on our backgrounds and previous partners.

At every step we looked at each other like, God, can we do this? But it was a journey we went through together.

Selfishly it’s made me feel good as a human being that I’ve given something back to the world and saved a life.

But I feel like I've given birth to Amara. It’s made me look at parenting in a very different way

There have been big challenges. Amara wouldn’t sleep or eat at first, which wasn’t the case with my son.

We had a few things that we had to get our heads around. I had to learn to be patient, and not compare.

I know people will look at me and say, it's alright for you because you've gone through the birthing process, you adopted your second child.

But I feel like I've given birth to Amara. It’s made me look at parenting in a very different way, and I would adopt again and again.

I think people feel quite smug when they have their own children because they feel like they know that child's going to pan out in a certain way. But actually, you have no idea.

Every life, regardless of how it’s come into yours, has its own unique journey.

Just because Amara didn’t come out of my stomach doesn't mean she can't go on and live a happy, successful life. 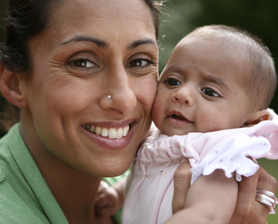 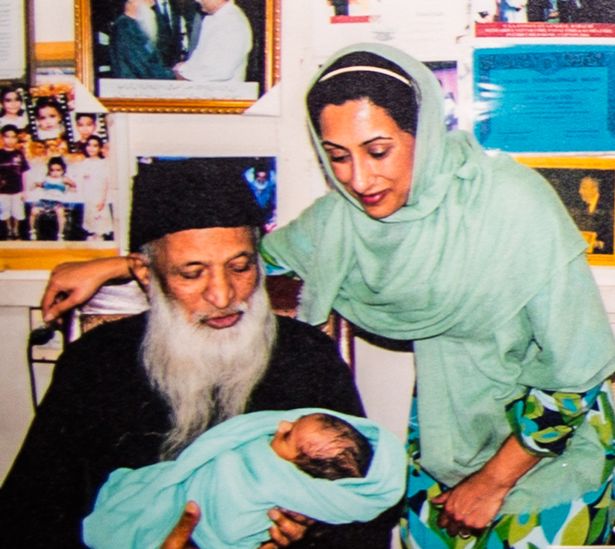 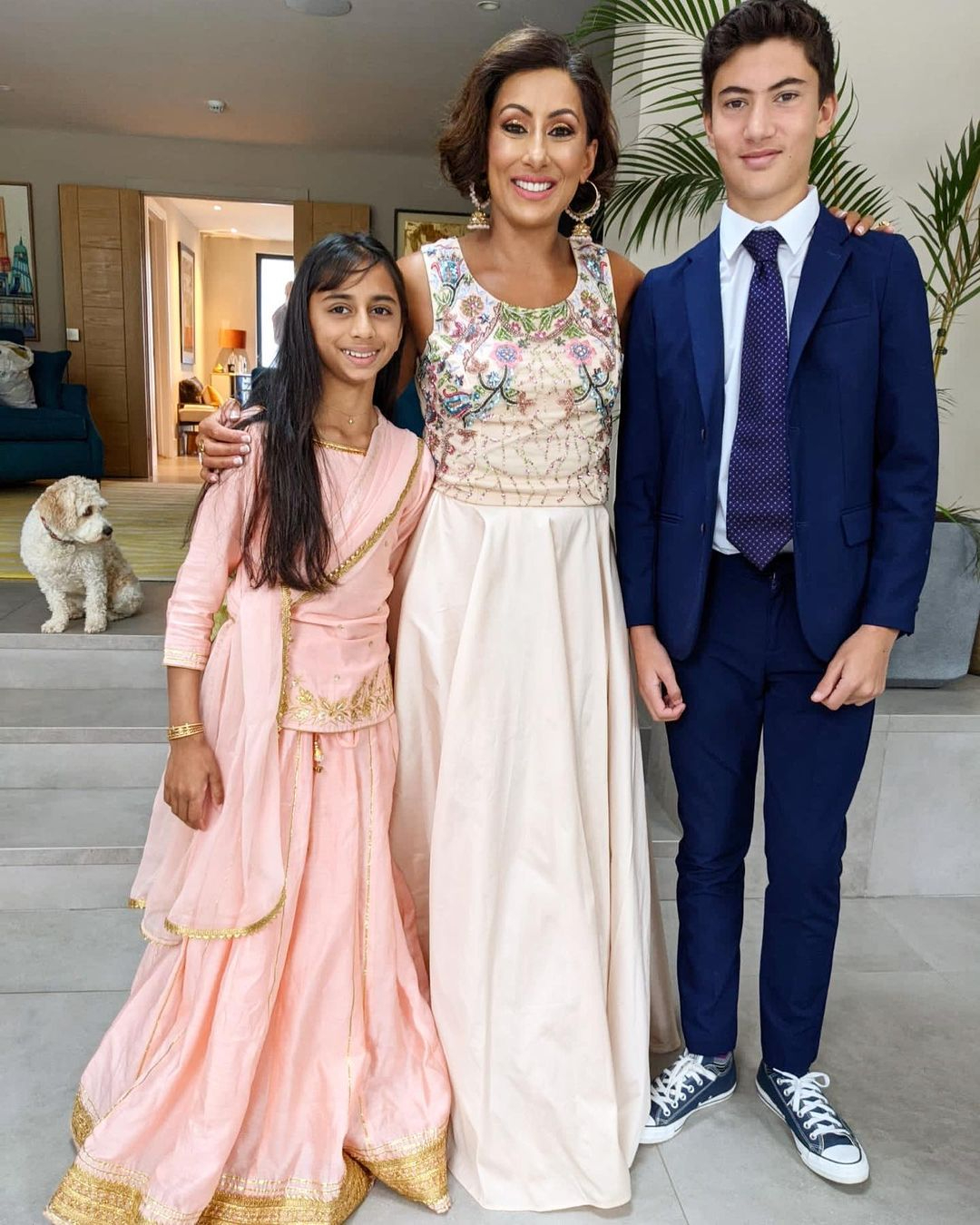 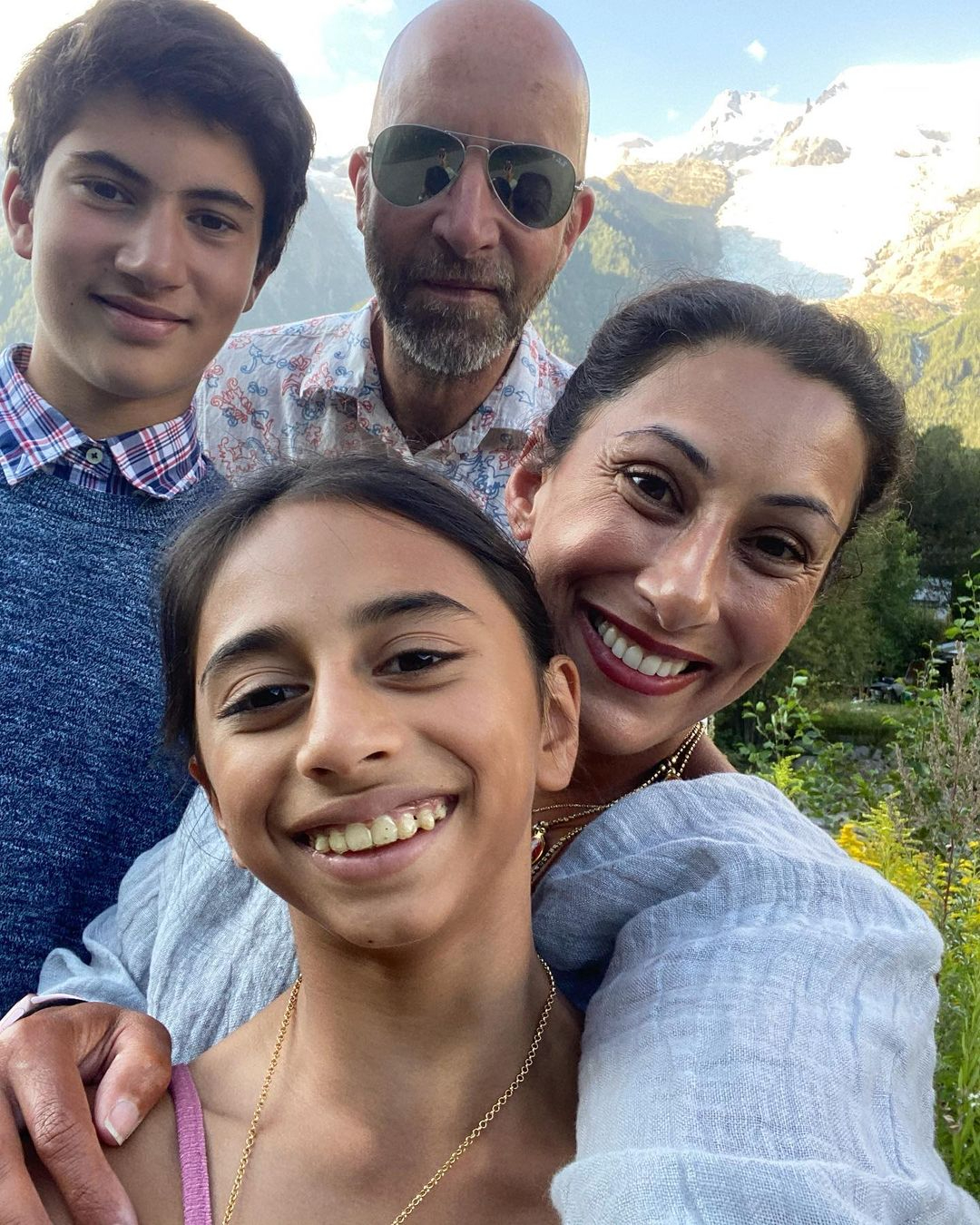 Sarah Jane Lenihan, Partner at Stowe Family Law in London tells The Sun: “Anyone over the age of 21 and legally resident in the UK, the Channel Islands or the Isle of Man and have been so for at least 12 months can apply to adopt.

“The only automatic exclusion is if the applicant, or anyone in their household, has a criminal conviction for offences against children or serious sexual offences.

“There are other factors that may exclude them but these are the only automatic ones. You can adopt if you are single and whatever your faith, sexuality or housing status.

"In the 70s, it was thought that these children might have been impacted by not being brought up by families that matched their ethnicity, faith and culture and interracial adoption slowed down. Social policy changed again in 2000 with the view that it was better for a child to be placed in an unmatched family than remain in care.

"The latest statutory guidance on adoption (for local authorities and adoption agencies), which was published in July 2013, states: ‘If the prospective adopter can meet most of the child’s needs, the social worker must not delay placing a child with the prospective adopter because they are single, older than other adopters or does not share the child’s racial or cultural background'."