Paul Newman‘s personal Rolex Oyster Cosmograph Daytona and an Heuer Monaco worn by Steve McQueen in the 1971 film Le Mans — two of the most iconic, celebrated timepieces of the 20th century –will be up for auction next month. Phillips has announced that the pair of watches will be offered in its flagship watch auction RACING PULSE on December 12. 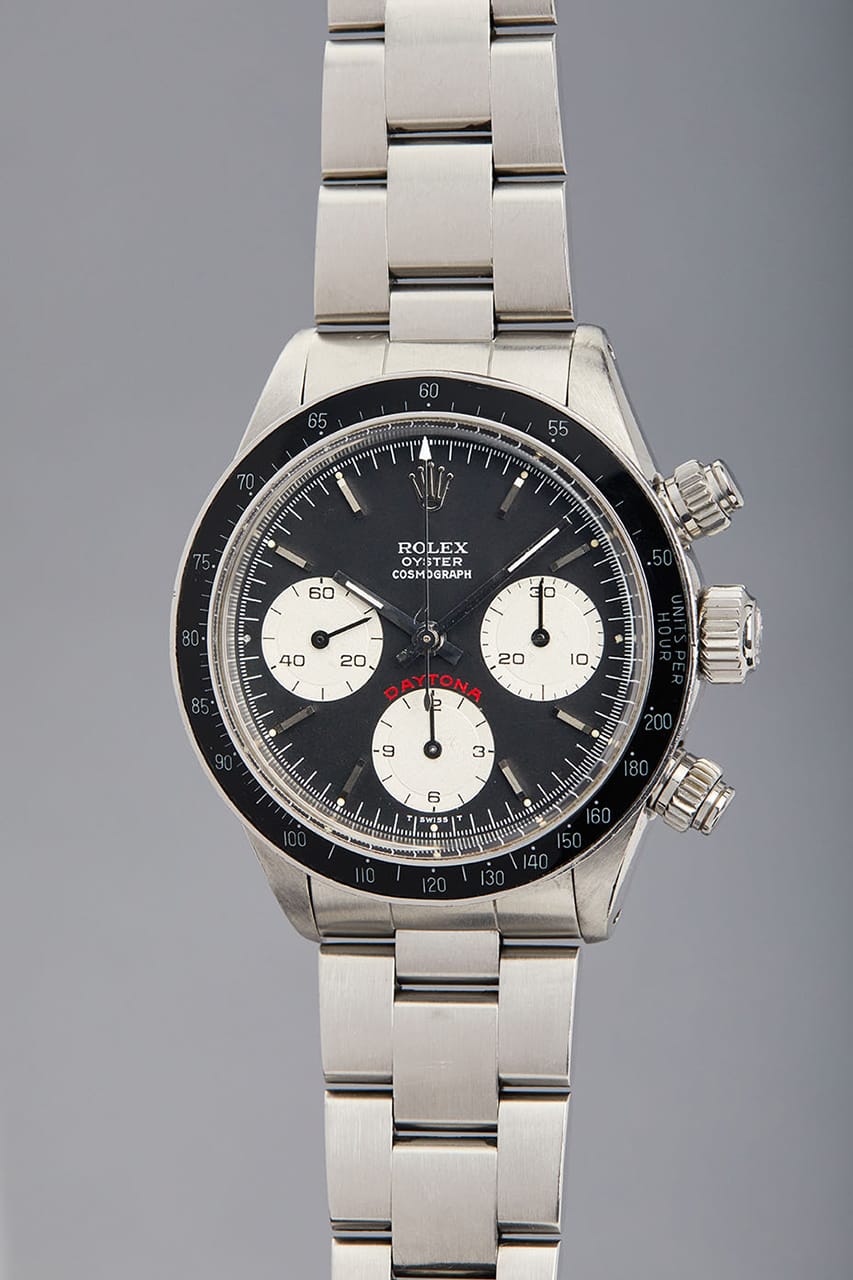 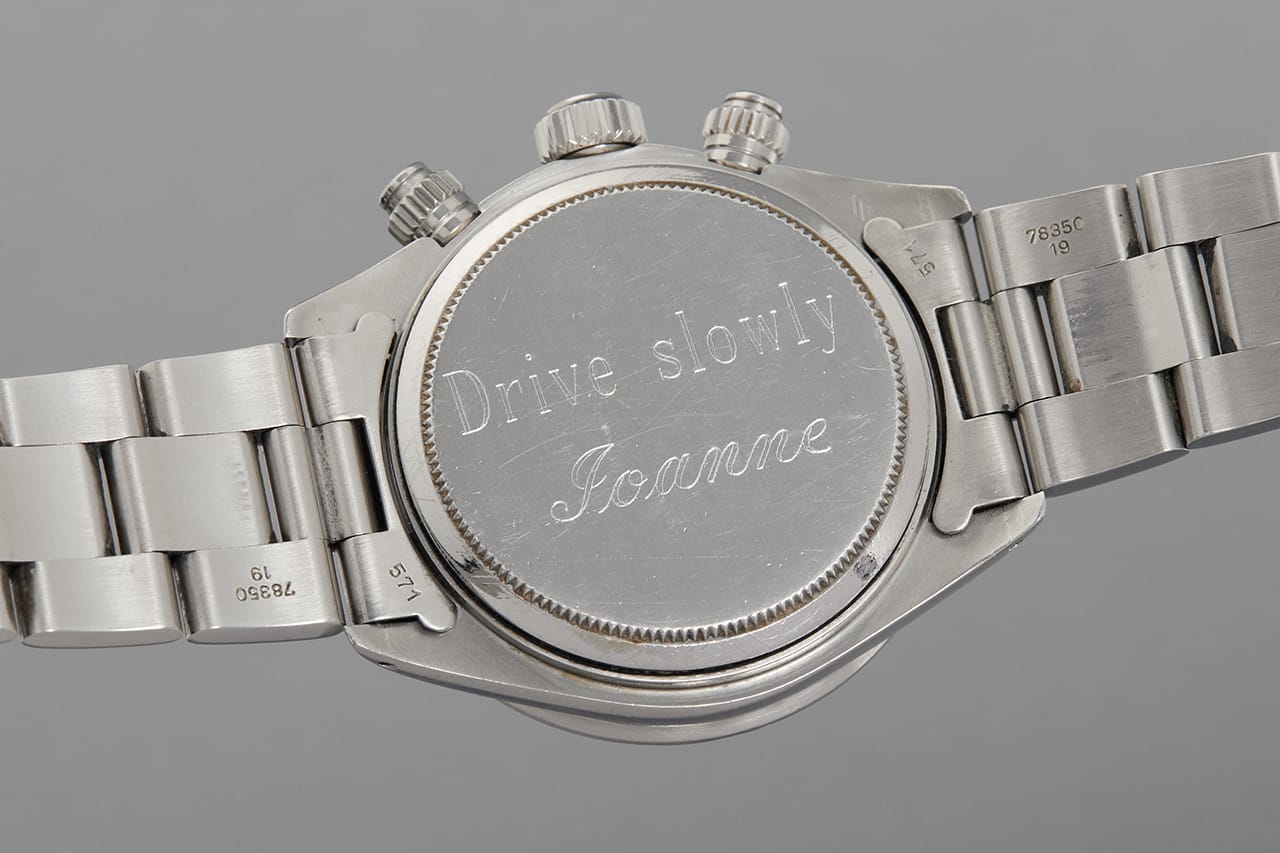 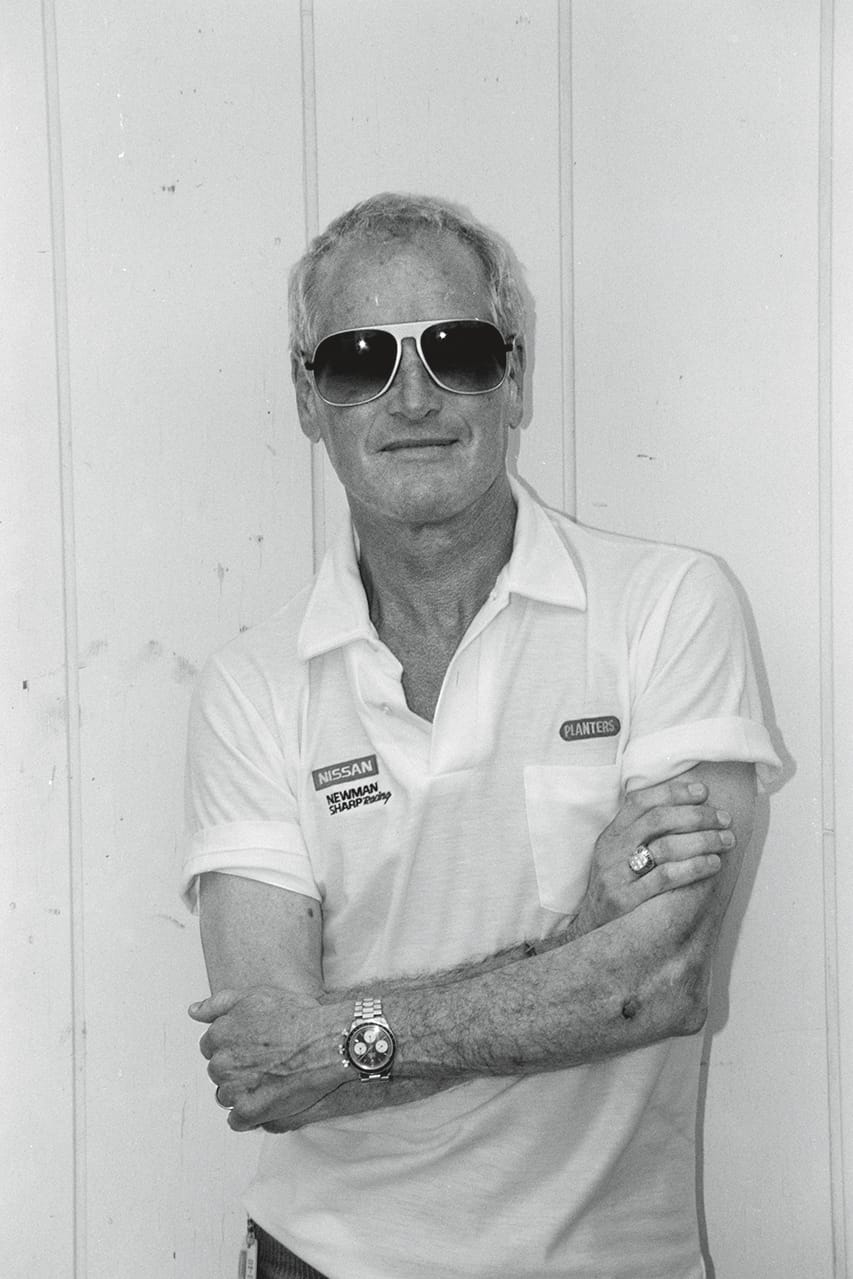 Newman’s watches tend to be hot commodities; in 2017, Paul Newman’s own Paul Newman Daytona watch sold for $17,752,500 USDto become the most expensive wrist watch ever sold. This Rolex is estimated in excess of $1 million USD and was one of Newman’s most worn pieces for over two decades. Offered with its original bold black dial, white sub-dials and distinctive “Big Red” Daytona logo at six o’clock, the watch also an engraved inscription on the caseback from Newman’s wife: “Drive slowly Joanne.”

“Throughout his lifetime, Paul Newman was photographed wearing a small handful of Rolex Cosmograph Daytona watches,” Phillips’ Head of Watches, Americas Paul Boutros said in a statement. “Without any doubt, it is this association with Paul Newman that has led to the Rolex Daytona being universally regarded as possibly the world’s most sought after wristwatch. Of these, the watch he owned and wore the longest is the present ‘Big Red’ Daytona Ref. 6263.”1 of 3 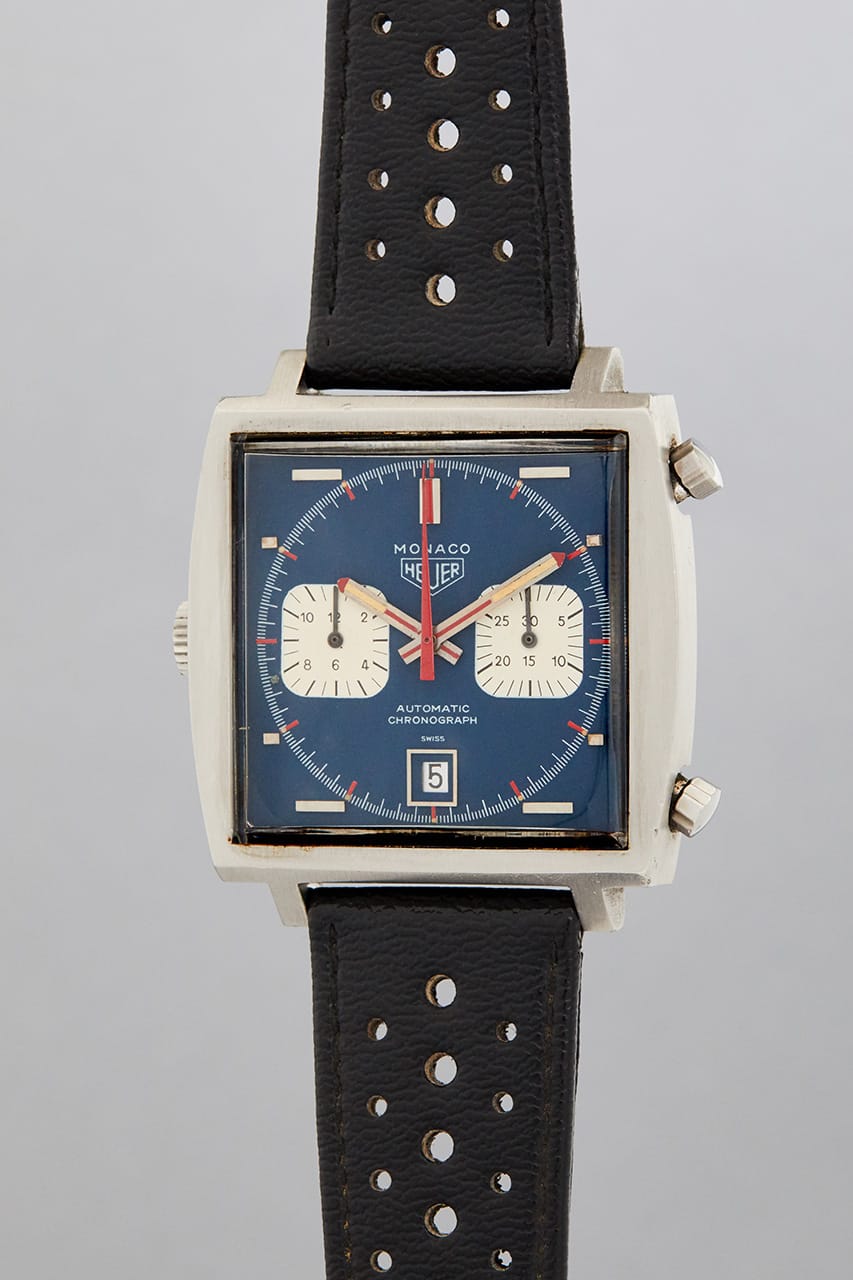 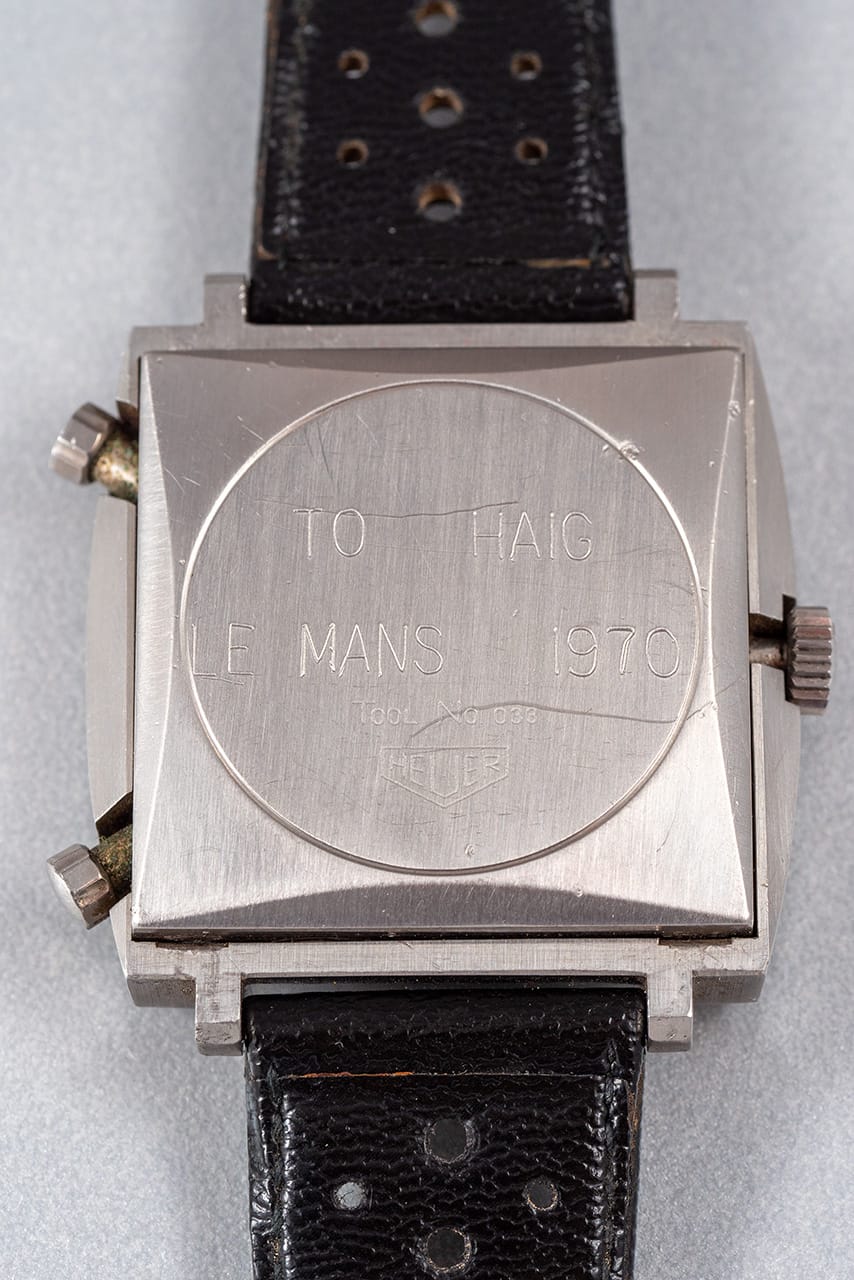 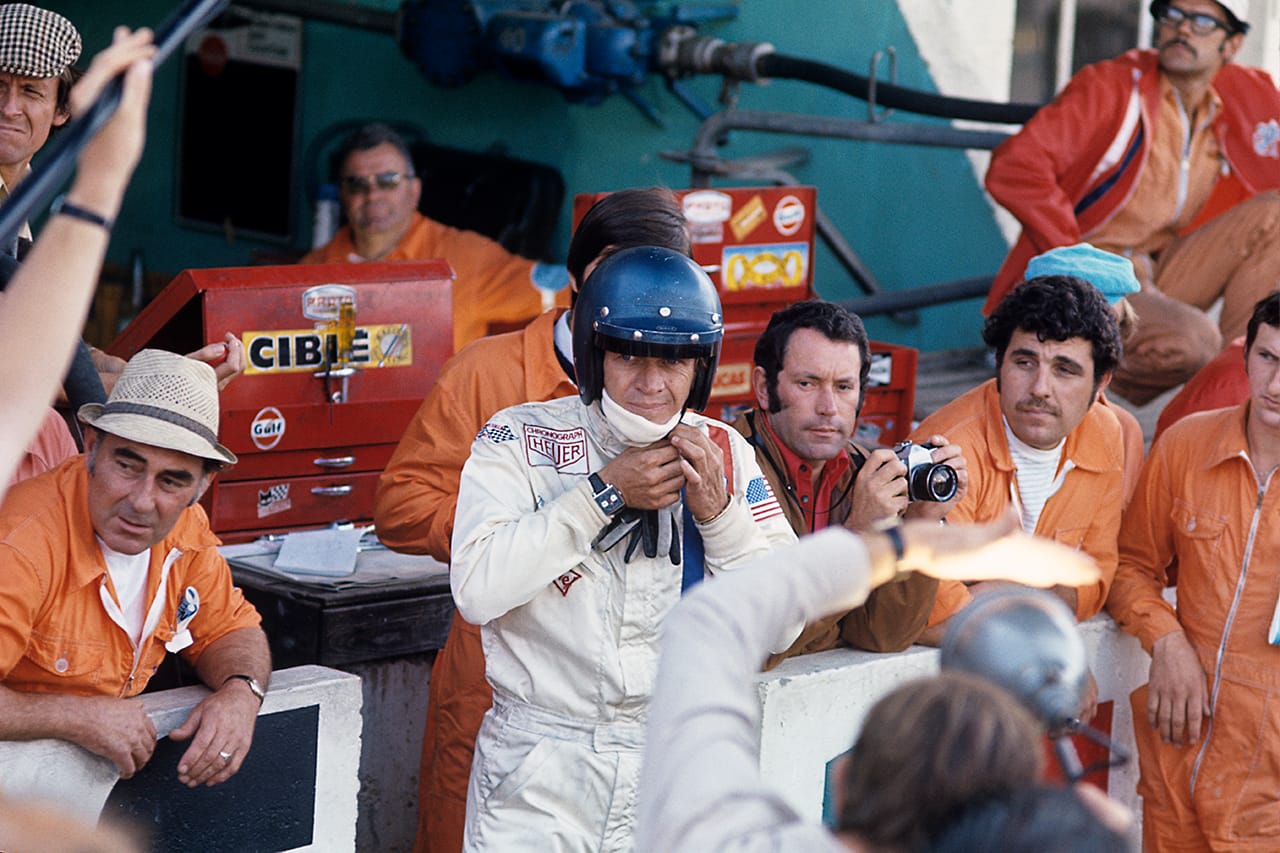 The Heuer Monaco is an icon in it’s own right; it’s one of the two last Monaco wristwatches kept and gifted by Steve McQueen that have been offered for public sale. This watch also features an engraved inscription from McQueen to his personal mechanic Haig Alltounian, to whom he gifted the watch at the end of filming Le Mans: “TO HAIG Le MANS 1970.”

“The Heuer Monaco will always be associated with the glamour and thrill of auto racing,” said Boutros. “Worn on McQueen’s wrist while driving the film’s Porsche 917 at speeds above 200 mph, its incredible provenance, wonderful state of preservation, and adrenaline-fueled history make it an ultimate trophy watch for the connoisseur.”

END_OF_DOCUMENT_TOKEN_TO_BE_REPLACED

END_OF_DOCUMENT_TOKEN_TO_BE_REPLACED
Recent Posts
We and our partners use cookies on this site to improve our service, perform analytics, personalize advertising, measure advertising performance, and remember website preferences.Ok