Tiny Love Stories: ‘I Didn’t Want Her to Stay Long’

Modern Love in miniature, featuring reader-submitted stories of no more than 100 words.

Our Seder, a Year Later

“Why is this night different from all the others?” Last Passover, there were more ways than usual. My father was hospitalized with low oxygen. My mother and sister, also sick, spent the holiday clutching their phones in case he called. I was with my partner, crying over chicken broth, gripped by fear. This year, I remember the virus that passed over my own blood, sparing my father as the Israelites were spared from the final plague. I find new meaning in “Dayenu,” a Seder song of gratitude with the refrain: “It would have been enough.” My family’s health will always be enough. — Amanda Glickman 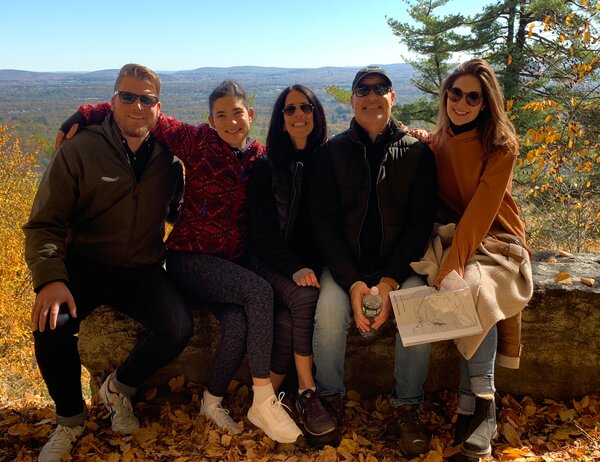 Midway through 2020, I started planting seeds in my backyard. My daughter said, “You’ve wanted to do this for years. Do you like it?” “Yes,” I said. “I love it.” At the time, I didn’t realize I was growing more than tomatoes. Overwhelmed by the pandemic, my mother’s worsening dementia and the painfully quiet demise of a decades-long relationship, I was sowing a future. My head down and hands busy, I could hope. “You seem calmer even though everything is more difficult,” my daughter said. Yes. Planting new seeds is hard. Realizing old seeds are no longer growing is harder. — Karen Amster-Young

Grief was that relative I heard stories about. I knew her in the way I knew Uncle Gerald, someone I never met but learned so much about. Then my husband died, and there Grief was, shaking my hand. I offered her the guest bedroom, scrambling to make it comfortable, but not too comfortable because I didn’t want her to stay long. Instead of the guest bedroom, she marched right into my bedroom and dropped her heavy bags. Years later, she’s still with me, now an old friend, someone to sip martinis with and remember. — Barbara Phillips

Teacher of the Year

In March 2009, two weeks after my students voted me teacher of the year, I learned I wouldn’t be returning to school after summer break. State budget cuts had threatened hundreds of thousands of public schoolteacher positions around the country. I finished the semester, teaching five high school Spanish classes with a total of 110 students. When they discovered that I wouldn’t be returning, a clandestine plan was set in motion. They surprised me, arriving at school wearing custom T-shirts that read “I support Ms. Minsky.” That expression of affection helped carry me through a dark time. — Connie Minsky

Want more from Modern Love? Watch the TV series; sign up for the newsletter; or listen to the podcast on iTunes, Spotify or Google Play. We also have swag at the NYT Store and two books, “Modern Love: True Stories of Love, Loss, and Redemption” and “Tiny Love Stories: True Tales of Love in 100 Words or Less.”