A COUPLE’S bespoke wedding cake design has been compared to “skid marks” by trolls online.

Sharing a photo of the double-sided cake on Facebook, the creation was a described as a ‘one of a kind wedding cake’. 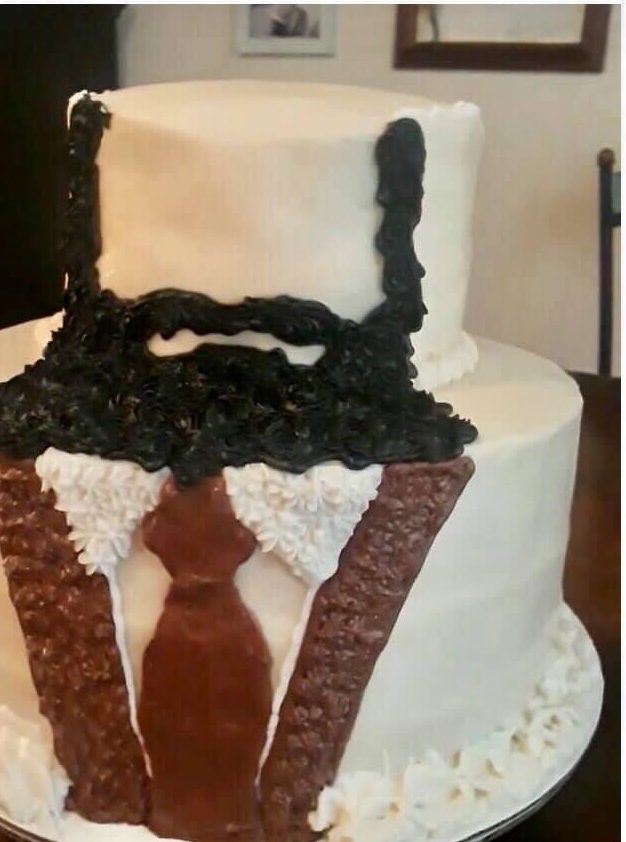 It appears the bride and groom have been re-created in icing, but the design leaves a lot to be desired.

The two-tiered creation is mainly white, with the bride’s dress, hair and necklace piped on.

Similarly the groom has been given a black-icing beard, with brown tie and suit detail.

But despite using life-like colours, the cake has been compared to skid marks, with one person simply saying “yuck”. 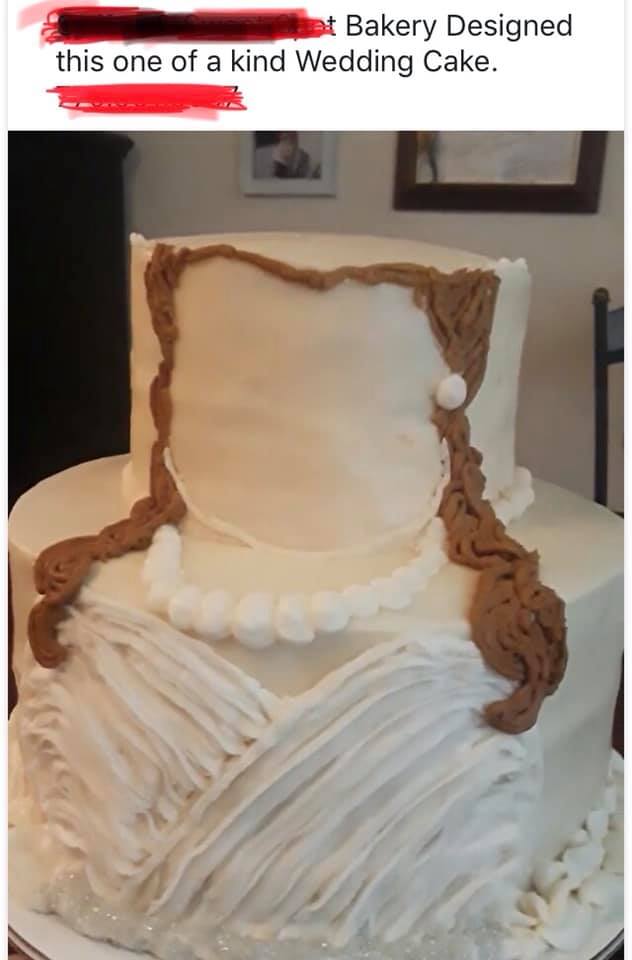 Commenting on the cake, one person said: “Oh took me a while to figure out what it was supposed to be, looks like dookie – straight up skid marks.”

Another wrote: “They’re kinda cute but not appropriate for a wedding.”

A third said: “Thank jeebus it’s one of a kind. There doesn’t need to be any more.” 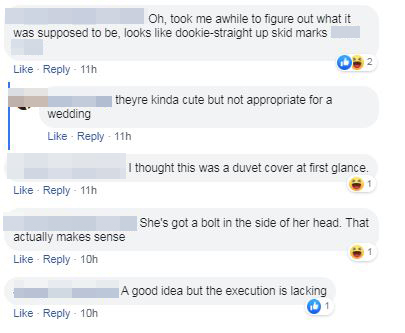 This person thought: “Cute concept but needs some more practice.”

Agreeing, somebody commented: "A good idea but the execution is lacking."

And someone else wrote: “She’s got a bolt in the side of her head. That actually makes sense.”

And this cougar bride desperately tried to please her toyboy fiance who demanded a white wedding with all the trimmings.

Plus this bride’s ‘bodysuit’ for her beachfront wedding was slammed as tacky.