11 famous people who built their fortunes off their side hustles

A side hustle can be more than just a way to supplement your income.

These 11 entrepreneurs built their fortunes from ventures that started out as part-time gigs. Not all of them were quick to give up their day jobs, however. Ashton Kutcher has continued to act even after his venture capital firm took off, while Slack’sStewart Butterfield gave the corporate messaging app his full attention after his video game company went under.

Read more: A high school teacher with a 6-figure side hustle says a 2-part strategy helped him become a millionaire at 35

Keep reading for a look at 11 people who made more from their side hustles than their primary jobs.

Stewart Butterfield was trying to build a now-defunct gaming company when he created Slack to ease communication with his employees. 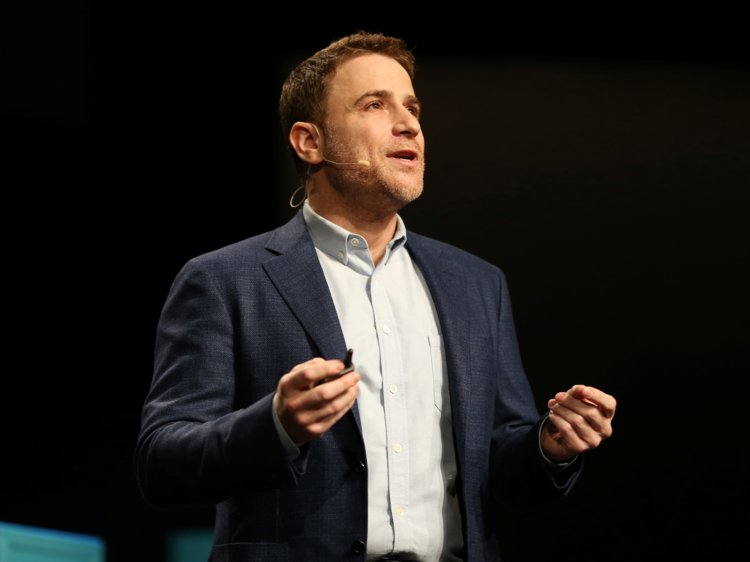 Slack isn’t the 46-year-old CEO’s first successful side hustle. He built Flickr, which he later sold to Yahoo for a reported $35 million while attempting to develop a video game called “Game Neverending,” according toMoney Magazine.

Butterfield subsequently returned to video games and founded a new gaming firm. After Butterfield’s new company, Tiny Speck,shuttered in 2012, he realized the messaging platform he built for his employees might be worth something.

Butterfield is now worth $2.4 billion thanks to his stake in Slack, according toCanadian Business. Slack is now preparing to go public and will be one of the year’s most anticipated IPOs.

Basketball legend Michael Jordan is worth $1.65 billion — mostly because of his shoe line with Nike, according to Forbes. 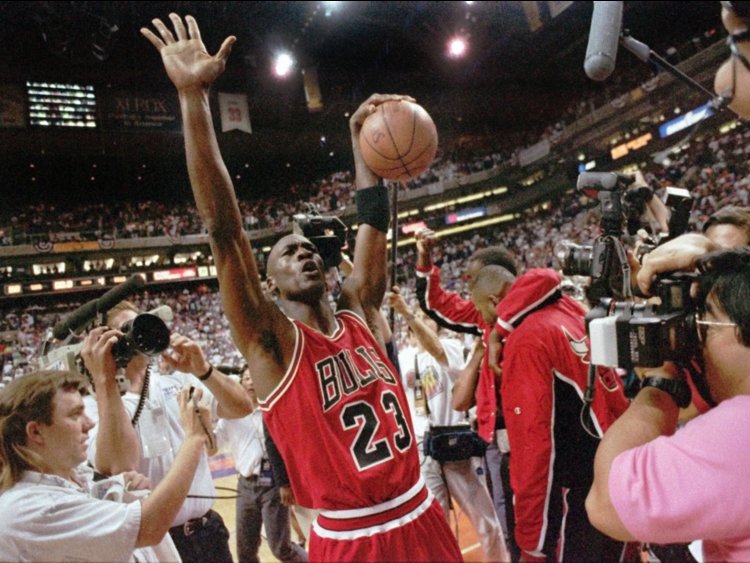 Jordan, 56, is the highest-paid athlete of all time, but not because of his salary from the Chicago Bulls. Jordan earned $1.4 billion before taxes from corporate sponsorships during his professional basketball career. His film debut, “Space Jam,” also earned $250 million at the worldwide box office, according toIMDB.

He went on to purchase an NBA team, The Charlotte Hornets, in 2010. The Hornets may be the third least-valuable NBA franchise according toForbes, but the team’s valuation at $1.05 billion is still a major part of Jordan’s wealth. Jordan has also made a lot of money from Nike’s Air Jordan line, which made him a billionaire in 2015, according toCNN Business.

Read more:7 money lessons you can learn from the way Michael Jordan makes and spends his fortune

Sara Blakely revealed on LinkedIn that she ran Spanx out of her apartment at night — even after her products were featured on Oprah. 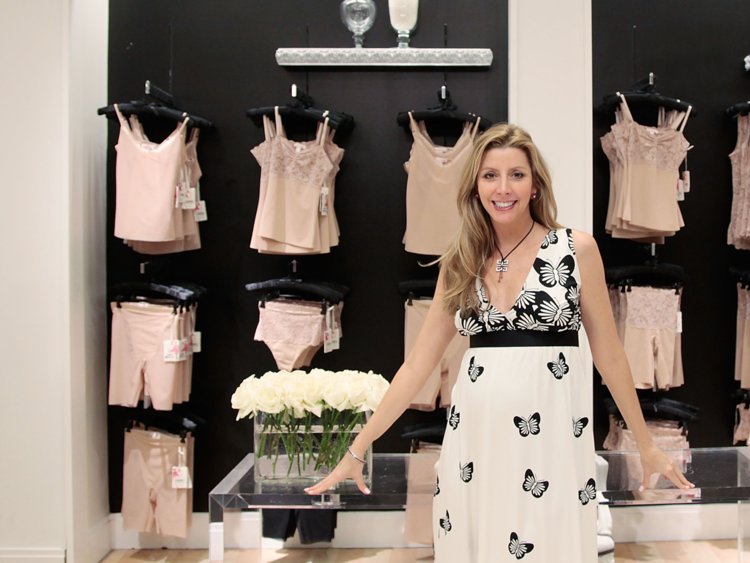 Sara Blakely, 48, spent her days selling fax machines for office-supply company Danka long after she founded Spanx, according to a post she wrote onLinkedIn. Blakely ran her side business out of her Atlanta apartment and would often come home to boxes of Spanx stacked in front of her front door so high that she needed help from neighbors to move them. She didn’t quit her day job as a Danka salesperson until after Neiman Marcus and Saks Fifth Avenue started selling Spanx in their stores in 2000.

While it’s unclear how much money Blakely made at her day job, her net worth was probably a lot lower than it is now:Forbes estimates that she’s worth $1 billion because of Spanx.

Salesforce was just a side hustle for Marc Benioff while he worked full time at Oracle, until a disagreement with his boss led him to strike out on his own. 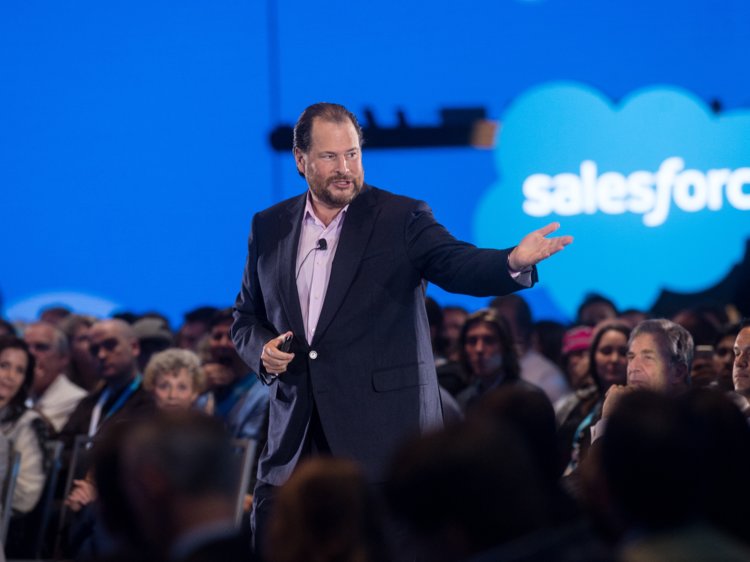 Benioff, now 54, got hired as a salesperson at Oracle right after graduating from the University of Southern California in 1986, according toBloomberg. Benioff had worked his way up to being an executive before he came up with the idea for Salesforceduring a 6-month sabbatical from the company.

Benioff worked on Salesforce while holding on to his position at Oracle, and even received a $2 million investment from Oracle founder Larry Ellison,Business Insider previously reported. Benioff later quit his day job as Salesforce began to compete with Oracle.

Oraclepaid Benioff $300,000 for his work as a vice president when he was 26. Benioff is now worth $6.7 billion, with most of his wealth coming from his shares of Salesforce, according toBloomberg.

Rihanna is the world’s wealthiest female musician according to Forbes, but she didn’t make her fortune from her 14 No.1 songs. 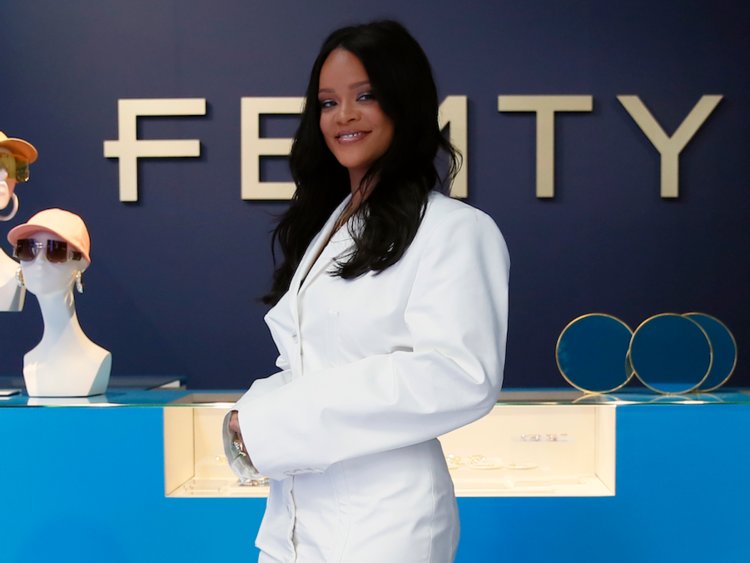 Billboard reported that Rihanna, 31, made $22 million from her music in 2016, but that number is dwarfed by her earnings from her fashion and beauty ventures. Rihanna is the creative director of Puma, and she partnered with French luxury-goods maker LVMH to launch Fenty Beauty in 2017 and a fashion house of the same name in 2019.

Rihanna’s beauty line alone is worth $3 billion, she owns 15% of the company, and she has a net worth of $600 million, according toForbes.

Read more: Rihanna is the world’s richest female musician — from yachting trips on the French Riviera to a staff that includes a chef and personal trainers, see how she spends her $600 million fortune

Bonobos cofounder and former CEO Andy Dunn got started by selling chinos out of his car while earning his MBA at Stanford Graduate School of Business, according to NPR’s “How I Built This with Guy Raz.” 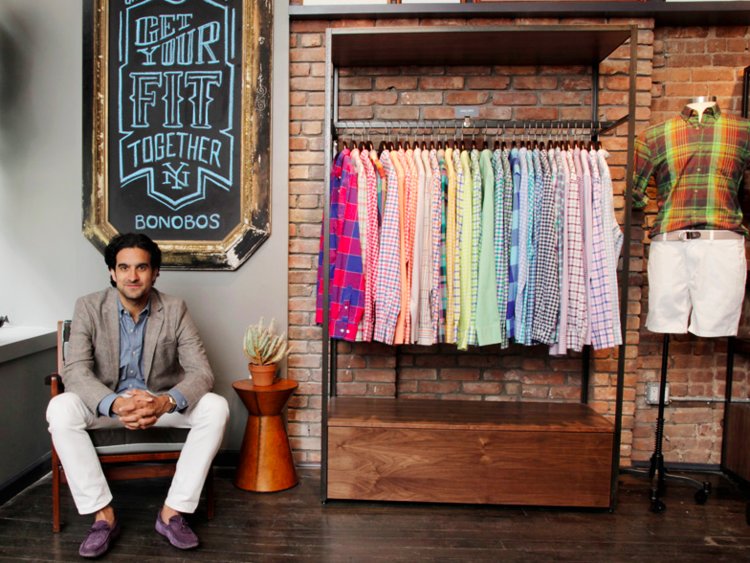 Dunn’s first involvement with Bonobos was to help his cofounder and roommate Brian Spaly sell Spaly’s design for more flattering men’s pants while both were full-time students at Stanford’s Graduate School of Business. Spaly is no longer involved with the company, according to NPR’s “How I Built This with Guy Raz.”

Dunn, now 40, sold Bonobos to Walmart for $310 million in 2017, and stayed on as the company’s CEO until 2018, according toInc. He is currently the senior vice president of digital brands at Walmart.

Jay-Z may be the first hip-hop billionaire, but he made most of his money from streaming service Tidal, his clothing line, and cognac brand D’Ussé — not hip hop. 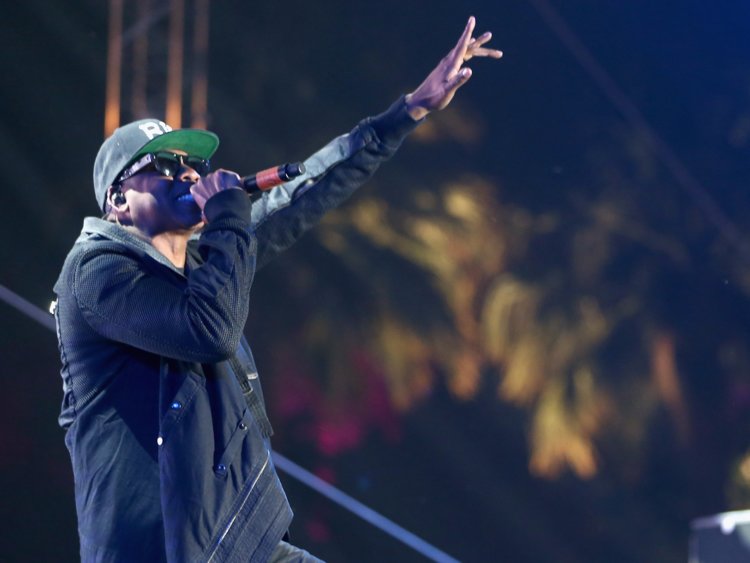 In comparison, Jay-Z only made about $500 million from his 14 No. 1 album before taxes.

Ashton Kutcher was one of the highest-paid actors in television in 2013, according to Forbes, but he’s made even more in venture capital. 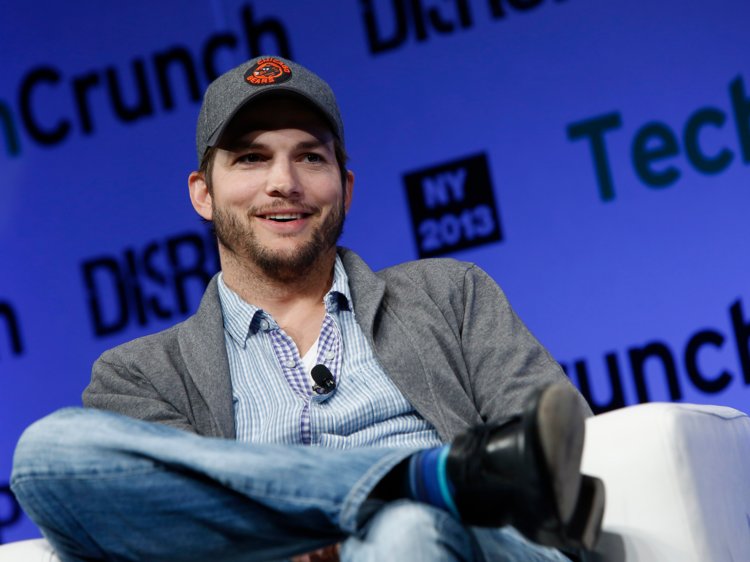 Kutcher made $24 million between June 2012 and June 2013 from his role in hit series “Two and a Half Men,”Forbes reports, but his investment portfolio is worth even more.

The investment portfolio Kutcher built alongside talent manager Guy Oseary was worth $250 million in 2016 according toForbes. Kutcher and Oseary began by investing $30 million in companies including Uber, Skype, Airbnb, Spotify, Pinterest, Shazam and Warby Parker. Kutcher, 41, invests in startups because he wants to help “brilliant people trying to solve hard problems,” the actor explained in a blog post he wrote onAtrium.

Nike founder Phil Knight sold Japanese running shoes out his car at track meets while working as an accountant. 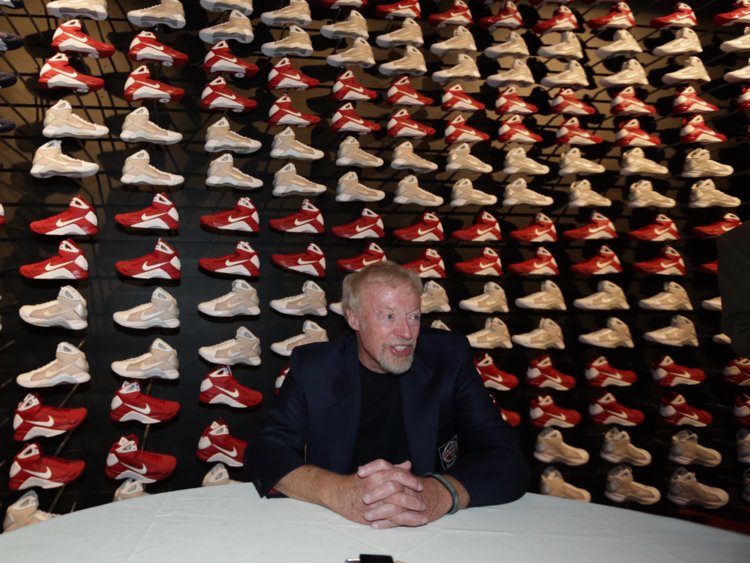 Knight, now 81, founded Nike with his old track coach Bill Bowerman after becoming inspired by the running shoes he saw on a trip to Japan. Knight first became interested in selling shoes while still a student at Stanford, but he decided to become a CPA and pursue a career in accounting instead. When Knight found success selling shoes after hours, he decided to turn Nike, then called Blue Ribbon Sports, into his full-time career in 1968, according to theBloomberg Billionaires Index.

After 52 years at Nike, Knight retired from his role as the company’s chairman in 2016. He owns 20% of the Oregon-based giant and is worth $33.9 billion, according toForbes.

Actress Jessica Alba made her fortune from the natural consumer products company she cofounded to create safe products for her children, according to Forbes. 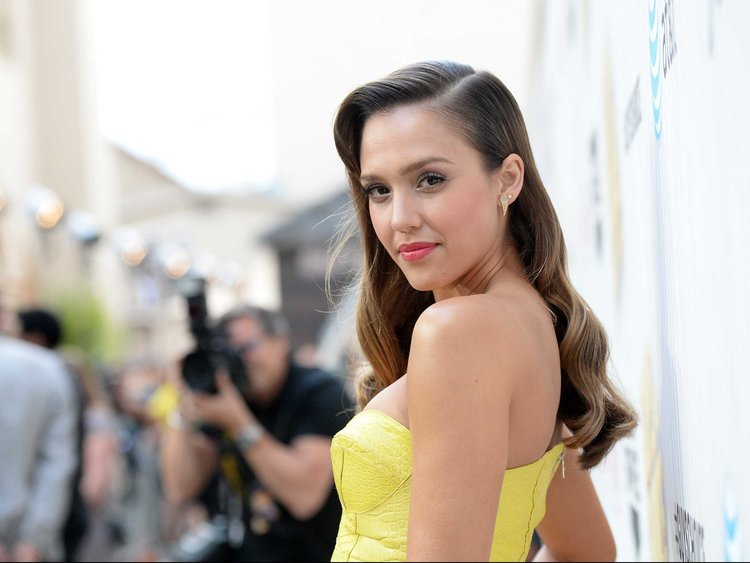 Lucrative side hustle: The Honest Company

While the 38-year-old “Fantastic Four” star may be best known for her acting career, the biggest source of her wealth is The Honest Company, according toForbes. Alba cofounded the all-natural household and baby products producer in 2011, and currently serves as the chair of The Honest Company’s board.

Daymond John founded FUBU in between 12-hour shifts at Red Lobster, according to CNBC. John, 50, founded his hip-hop fashion brand by making hats out of his home in Queens with the help of his mom while waiting tables full time at Red Lobster, according toInvestopedia. FUBU has now sold over $6 billion of clothing and accessories.

“I would get up at 6 in the morning, I would answer all the calls that were on the voicemail and then I would (deliver) as many hats as I could, or t-shirts, to all the stores I could until about 12,” John said toldCNBC. “I probably need(ed) to get to Red Lobster about 2. I would work till about 10, 11, 12 at night. I would then come home and sew the labels on things … until 3, 4 in the morning.”

John is worth $300 million, according toInvestopedia. John still works at FUBU, in addition to starring on “Shark Tank.”

SEE ALSO:5 Hollywood celebrities who became billionaires and are vastly more rich than their peers

DON'T MISS:Meet Masayoshi Son, the billionaire founder of SoftBank and one of the richest men in Japan, who has a $16.3 billion fortune and owns a $117.5 million Silicon Valley estate