A poultry prescription for anxiety 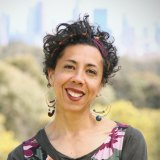 In a naïve state of optimism I had once thought the wonderment of motherhood might actually make me a selfless person. That I’d deny my own needs, as small as they may be, to focus unwaveringly on my newborn.

But show me a new mum who’s not desperate to walk the supermarket aisles alone at night, bathing in the florescent glow of momentary freedom. It’s hard not to want something for yourself when you’re giving so much.

I remember wanting to be touched in a non-prodding "give me milk" or "wipe my bum" kind of way. My furrowed brows of self-doubt, aching hips trying to rock some sleep into my crying babe. I wanted someone to say "Forget that women do this every day under far more trying circumstances – you are amazing."

I needed someone to remind me: "Your anxiety is real. Put yourself first and get some help."

I did. Because I wanted my kid to recognise that I would always have needs, too. That I would sometimes fail. Forget. Flounder. Or maybe just go to the movies one Tuesday afternoon because I hadn't seen one in three years. He’s never going to say "Mum sacrificed everything for me" because martyrdom is an antiquated expectation of motherhood.

I had planned to limit my involvement to acquiring a cardboard box from Bunnings. But then somehow I began to 'overly love' the project.

But sometimes my son gets more than he bargained for. Last week it was the model chicken coop he had to build for school. I had planned to limit my involvement to acquiring a cardboard box from Bunnings. But then somehow I began to "overly love" the project, wondering if we worked together just how far we could elevate the structure. Miniature bonsai garden? Pedicure salon?

No internet article could persuade me that this was a bad thing, not even the one weirdly titled "The dark truth behind your helping hand."

Yes, I suggested ridiculous add-ons that no self-respecting chicken would possibly endorse. My son did agree to a stall selling manure and eggs so I could look like the earth mother I will never be.

Along with the kid I brought into this world, I’m also stuck with that nagging inner child randomly calling out "Look at me, look what I’ve done."

Despite another article that claimed I was "stealing my child’s self-esteem", I felt pretty good as I put the last touches to the chookoozi.

In my defence, a small poultry-related project is a great distraction for an anxious mind which often fixates on unlikely life matters. I hoped that one day my son would understand that being his creative co-pilot was exactly what I needed at the time. Just me, my boy and the tiny chicken figurine sitting in the corner library reading Great Eggspectations.