Paulina Porizkova, 55, claps back at ageist critics of her lingerie photos

Paulina Porizkova posts pic after plasma pen treatment: I ‘want to be pretty’

Paulina Porizkova has found love again after the sudden death of her estranged husband Ric Ocasek — the supermodel is dating famed writer and director Aaron Sorkin.

A source exclusively tells Page Six the Czech model and “The Social Network” Oscar winner have been quietly seeing each other for a few months — and are set to walk the red carpet at Sunday’s Academy Awards together.

Porizkova, 56, has recently been dropping hints on social media that she’s back in the dating game, including talking openly about her rediscovered sex life and posting Instagram shots of herself with a face mask getting ready for “date night.”

She also posted an Instagram picture of herself sitting on a chair that strengthens pelvic floor muscles and improves orgasms, and wrote, “Speaking of dating…This chair I’m sitting on in @drhallas office has been quite wonderful for my sex life.”

She continued, “The Emsella chair strengthens your pelvic floor muscles — [it’s] like doing thousands of Kegels in thirty minutes … there is no downside to this. I do this on every visit to the office and my sex life thanks me.”

The iconic Eighties model, who just appeared nude on the cover of Czech Vogue, was married to late Cars frontman Ocasek for 30 years after they met when she appeared in the video of their hit “Drive”.

They have two sons, and quietly separated in 2017 but did not get divorced. In September 2019, while caring for Ocasek after he underwent surgery, she found him dead in his home, and later found out he had disinherited her in his will, bizarrely claiming she had “abandoned” him. 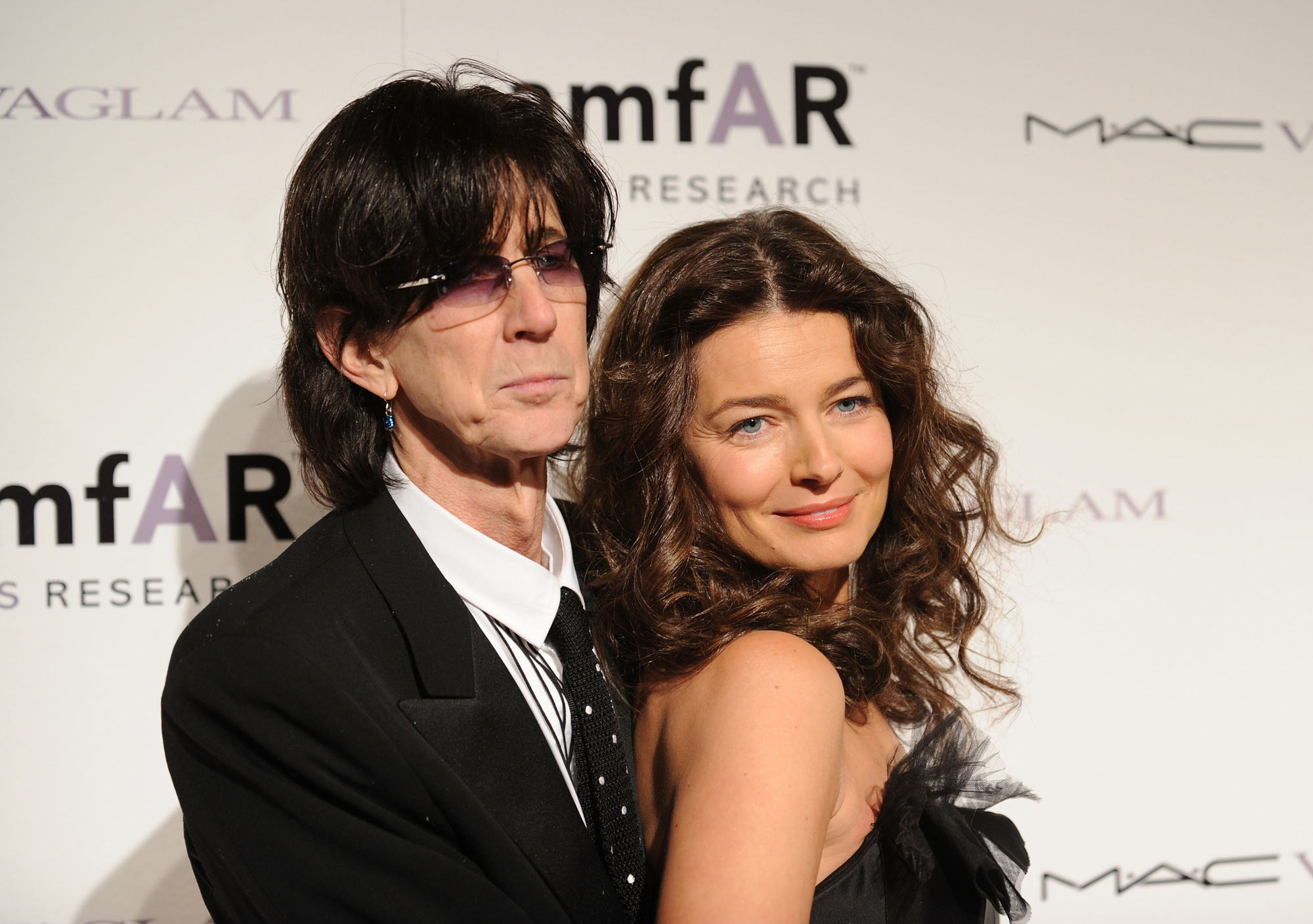 Porizkova — who is often an open book on social media — this month talked to Yahoo about rediscovering her dating and sex life in her 50s. She said, “I was just 19 when Ric and I became a couple; I’m now 56, having celebrated my birthday just last week. And now being out there dating again, what I’m realizing is that I’m not very good at it. I keep being this weird teenager when it comes to dating because the last time I dated, I was a teenager. I haven’t adjusted to being a mature woman yet, so I’m a little silly probably.

“What am I looking for in a partner? Quite honestly, I don’t know. I don’t have a clue. I don’t know what I want because my husband was my soulmate for such a long time, and what he provided me at that time is no longer what I need. I need something else now because I’m way more fabulous now than I was at 19. I need a guy that can withstand my awesomeness.”

She added, “Some women are attracted to really good-looking guys or powerful guys or rich guys, I’ve always been attracted to talent. Talent to me is really sexy. One thing that I’ve recognized now, after going out on dates with some men who have normal jobs and are wonderful guys, is that I find talent sexy — and talented men are generally way more complicated than non-talented ones. I know better than to say “never,” but certainly a rock musician is about the last thing on my dating calendar.”

Saying that she wouldn’t rule out getting married again, she continued, “What I have found is that sex gets better with age, which is something that I was kind of terrified about for a while because I kept hearing all these horror stories about how you go through menopause and then you lose your sex drive and you don’t want to have sex anymore.

“I had been wandering the desert for a little while and I was really afraid that somehow that part of my life was going to disappear or go away or was no longer something that I got to do.

“And it turns out that it only gets better because I know my body so much better. Whatever confidence and wisdom that you acquire with age, it’s kind of paying off in your 50s. Now I take my pleasure where I know that I had it or where I can. I’m not there to please the guy; I’m there to be pleased. 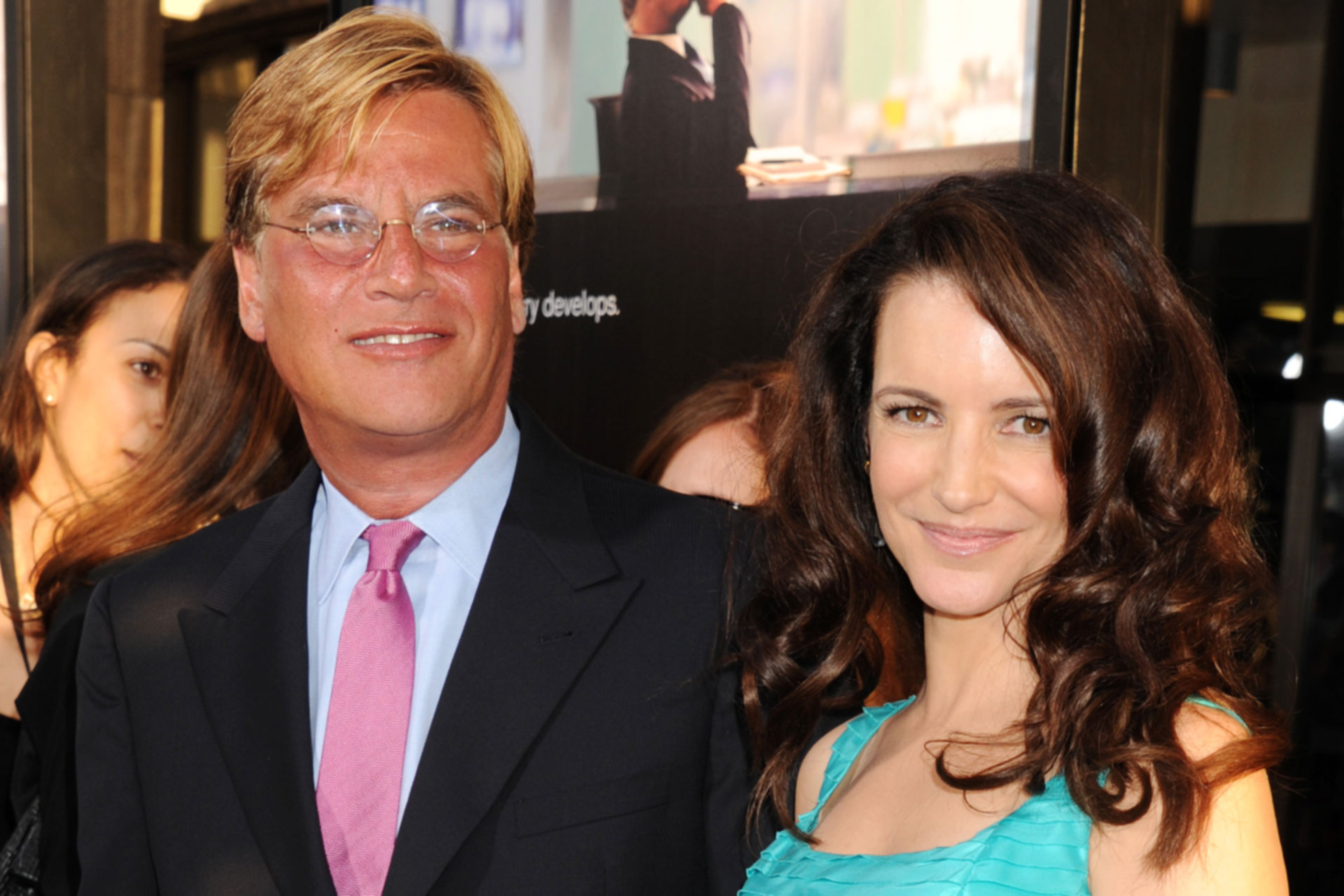 He is currently shooting the Lucille Ball/Desi Arnaz biopic “Being The Ricardos” with Nicole Kidman and Javier Bardem.

Reps for both Sorkin and Porizkova didn’t respond to requests for comment from Page Six.