Home » Lifestyle » Actress Zoe Saldana, says be your own hero

Actress Zoe Saldana, says be your own hero

The one lesson I’ve learned from life: Actress Zoe Saldana, says be your own hero

Zoe Saldana, 40, is a U.S. actress, known for her roles in Avatar and Marvel films including Guardians Of The Galaxy; Avengers: Infinity War and Avengers: Endgame. She lives in Los Angeles with her husband and their three children, Cy, four, Bowie, four, and Zen, two.

As a child, I was so appreciative of seeing actresses such as Whoopi Goldberg on my screens. But apart from that, I didn’t really see anyone like me.

I was born in New Jersey, but my father was Dominican, and my mother Puerto Rican. Growing up in a country where you are considered an ‘other’ is hurtful, because you are excluded from the narrative of life. It becomes twice as much work to cultivate aspirations. 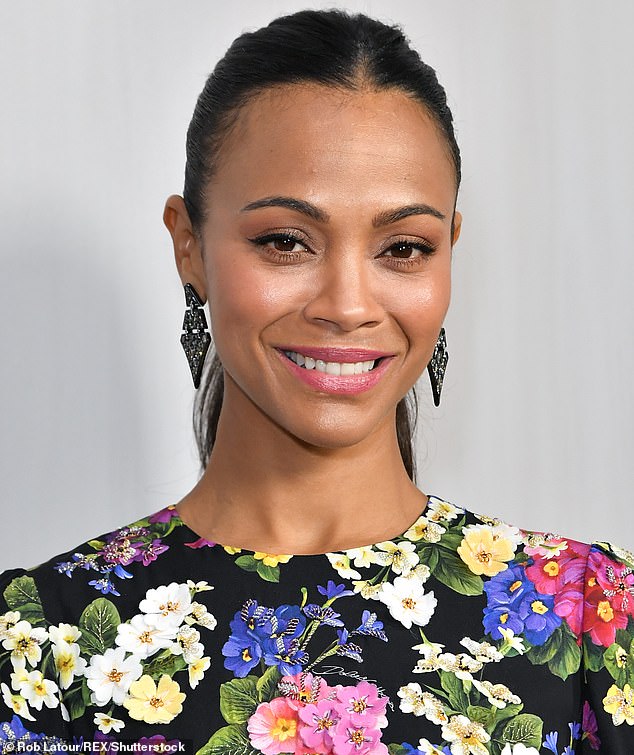 Actress Zoe Saldana, 40, (pictured) who is best known for starring in Avatar and Marvel films, explained why she became her own hero

When you show a child someone who looks like them, and that person’s successful journey, they believe they can do it. However, my mother never raised me to victimise myself.

When I was nine, my father died in a car accident. It made me grow up much faster and become masculine in my approach to life — I felt like I had to be the ‘man of the house’ for my mother.

Every time I went out, she would tell me: ‘I hope you like them.’ It was to remind me that I mattered, and what I felt about others mattered just as much as what they felt about me.

This lesson has stayed with me throughout my life. As a woman of colour, building a career in Hollywood, I have had to work hard to prove that I am intelligent, talented and worthy. Yet I knew I was never going to give up.

As a result, I became the hero I needed. I was always aware of the impact it would have for the little Zoes out there, who look like me, to see me playing strong female roles and know that they can do anything, too. I became the superhero I had wanted to have.

By the time I had children, I realised how exhausted I was. I don’t want my kids to feel that tired by the time they are 40. So last year I set up a digital media platform, BESE (bese.com), to celebrate cultural diversity. We’re trying to swing the pendulum so there can finally be a balance. Never give up trying to change someone’s mind.

Zoe Saldana was a judge at the 2019 Chivas Venture awards for social entrepreneurs (chivasventure.com).