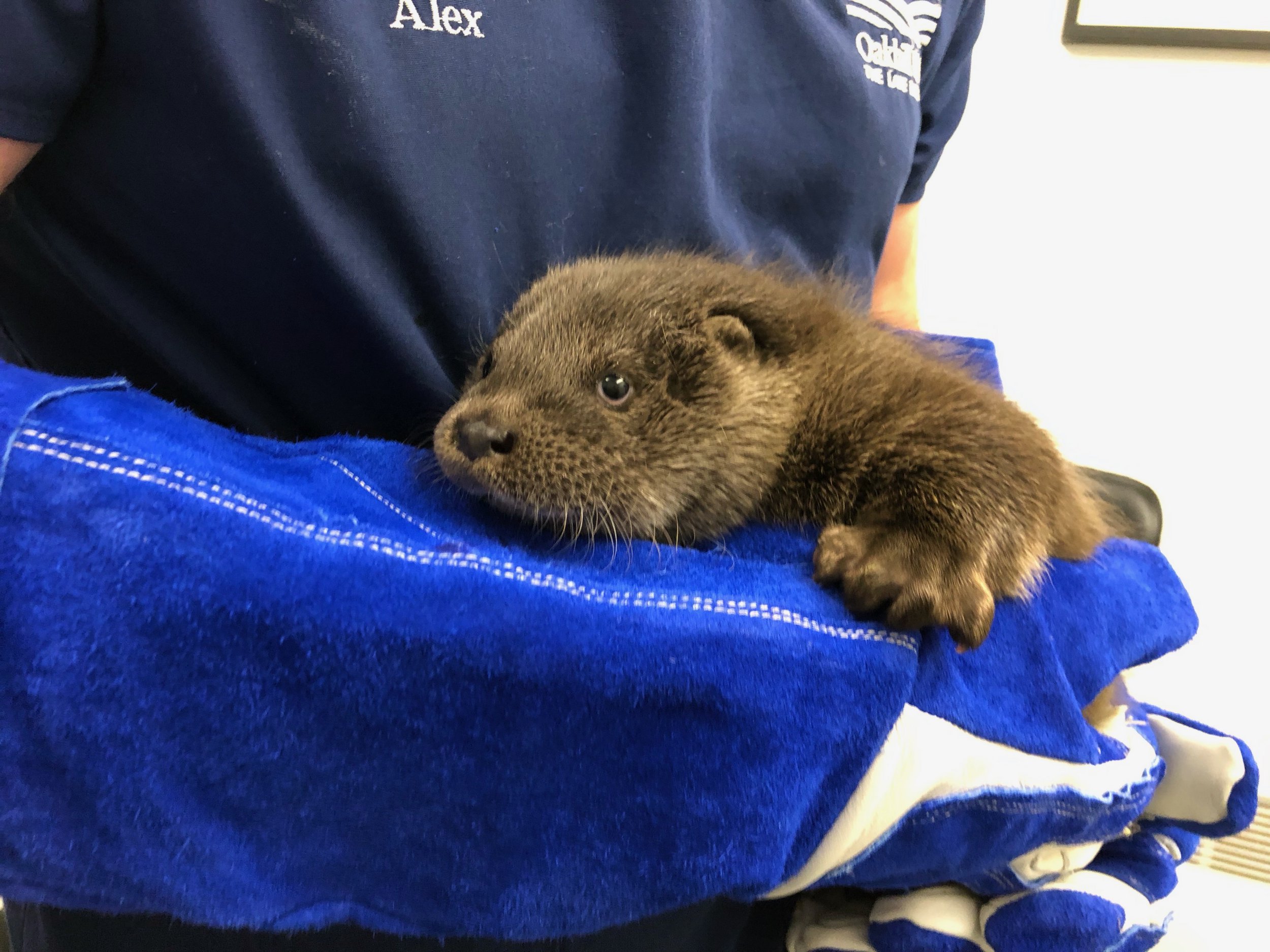 A tiny otter cub is doing better after being rescued by a wildlife centre after being found all alone.

The cub, named Windy, was discovered crying for his mum in a stream near Lake Windermere in the Lake District.

He was spotted by a member of the public on 10 August, and they contacted the RSPCA after noticing that the tiny creature was not moving.

Animal rescuer inspector Martyn Fletcher was sent to the scene and captured Windy with his net before taking him to a nearby vet.

Martyn was concerned about the young otter’s unusual behaviour.

‘When I approached him he still did not try to escape – which is really unheard of in healthy wildlife,’ he says.

It is unclear why Windy was found alone, but Martyn suspects his mother may have been killed in a road accident.

Although he had a good body weight, Windy was found to have flystrike in four places. Flystrike is a painful, sometimes fatal, condition caused by flies laying eggs on another animal, which hatch into maggots and eat their ‘host’s’ flesh.

If the eggs in Windy’s body hatched, the maggots could kill him.

Thankfully, the vet was able to treat the disease, which was still at an early stage.

‘I am grateful to the member of the public for reporting this to us when he did,’ adds Martyn.

Windy was then transferred to the RSPCA’s Stapeley Grange Wildlife Centre, near Nantwich, Cheshire, where he will remain for the next 12 months while his condition is monitored.

Stapeley Grange manager Lee Stewart said that otters are ‘making a comeback’ in the wild, and many are being brought into the centre.

Before 1978, when otter hunting was outlawed, their numbers were low, but over time, they have steadily rose and they can now be found in most England and Wales counties.

There are currently eight cubs in the care of Stapeley Grange.

Lee says it can cost up to £4,000 to return two orphaned cubs to the wild.

‘Otter rehabilitation is very specialised and you need to have suitable facilities to care for them,’ says Lee.

‘Sadly, there are very few facilities in the UK that can care for otters cubs through to release so we are always having to make a plan to accommodate them.’