Home » Lifestyle » ANNA MIKHAILOVA: MPs are on a mission to silence the sleaze-busters

ANNA MIKHAILOVA: MPs are on a mission to silence the sleaze-busters

ANNA MIKHAILOVA: Filthy Fifty MPs are on a mission to silence the sleaze-busters

If at first you don’t succeed, try and try again to rewrite anti-sleaze rules until your financial interests are protected.

That, at least, still appears to be the aim of a Filthy Fifty-odd group of MPs, despite last week’s calamitous Commons scenes.

Although admitting that ‘mistakes’ had been made, one of them, Old Etonian Sir Geoffrey Clifton-Brown, said he wants to ‘move on and decide how we can alter’ the system that governs lobbying. 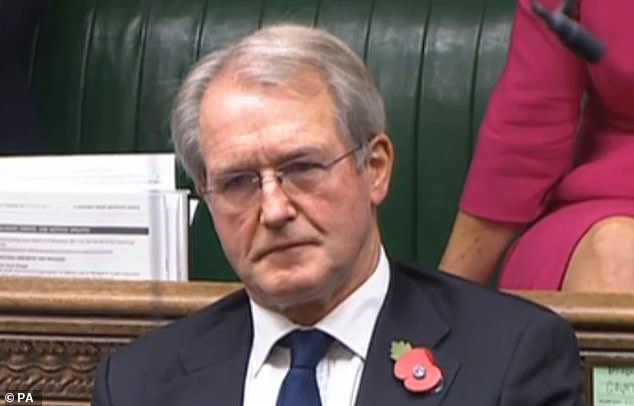 If at first you don’t succeed, try and try again to rewrite anti-sleaze rules until your financial interests are protected. That, at least, still appears to be the aim of a Filthy Fifty-odd group of MPs, despite last week’s calamitous Commons scenes. Owen Paterson is pictured above

That’s the system introduced after the ‘mistakes’ of cash-for-questions, the expenses scandal and myriad lobbying revelations that resulted from undercover stings or resolute press reporting, as in the current exposé of Owen Paterson.

Politicians tend to forget that it was investigative journalism, not parliamentary self-regulation, that led to the anti-sleaze measures, which a significant group of Tory MPs now want diluted.

In 2018, 79 MPs shamefully voted to give themselves anonymity during watchdog investigations into alleged expenses breaches and corruption – to help keep the press from telling the public about those inquiries. Consequently, all details of MPs being probed were deleted from Parliament’s website within hours, even egregious cases (again exposed by a newspaper) such as Keith ‘don’t forget the poppers’ Vaz.

Last year, Parliament came to its senses and reversed the anonymity privilege despite a campaign by Tory grandees David Davis and Sir Charles Walker to keep it. Now 52 of the Tories who voted for MP anonymity three years ago (plus Davis and Sir Charles) tried to save Paterson and rewrite the rules last week.

The amendment was co-signed by Sir Bob Neill, the former Planning Minister who was found guilty last year by the standards commissioner of breaching Commons rules while lobbying on official notepaper for multi-million-pound planning applications submitted by clients of a consultancy whose payroll he was on. He then used the then anonymity rule as an excuse not to answer questions about it.

I hear that so much champagne has been flowing in the offices of The Spectator magazine that accountants have been asked to tot up the tax liabilities of giving away countless bottles of Pol Roger.

A sign of the chronic indiscipline within the Conservative Party can be seen in a leaked message from a Tory MP to the Whips Office following last week’s screeching U-turn.

It read: ‘Please don’t ever ask me to vote for anything ever again. I voted yesterday (as you know under protest) for something to support the party in a tough situation and get abuse from my constituents for it, to then find the party overturns the decision and makes me look like a fool.

‘That will never happen again. To say I am livid would be the world’s biggest understatement.’

And who is this outraged parliamentarian who put party before principle? It’s Philip Davies, MP for Shipley in Yorkshire, where ‘fools’ are not suffered gladly.

Foreign Secretary Liz Truss has an appetite for fine dining that dwarfs the mundane lunch habits of her predecessor, Dominic ‘same Pret sandwich every day’ Raab.

The June jolly was to entertain US trade representative Katherine Tai. Officials insist it was a ‘diplomatic working dinner’, but there was no mention of it in the department’s public account of Tai’s visit.

Apparently the meal was organised at short notice at the £2,850-a-year club and the venue chosen according to availability.

Presumably the other dinners Truss has hosted in 5 Hertford Street to woo Tory MPs were also held there because Nando’s was fully booked. 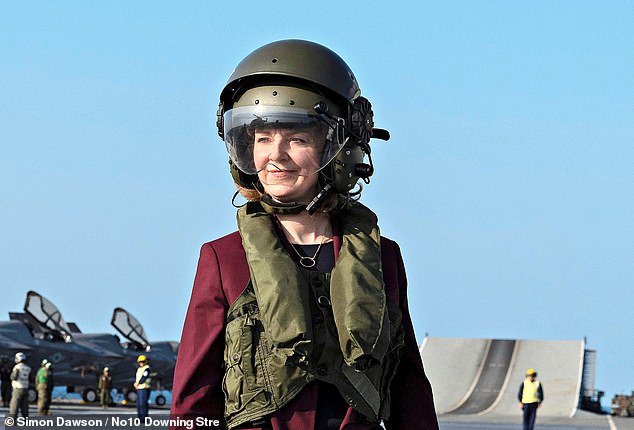 Foreign Secretary Liz Truss has an appetite for fine dining that dwarfs the mundane lunch habits of her predecessor, Dominic ‘same Pret sandwich every day’ Raab