Australia loses one of its classical greats, Barry Tuckwell

Barry Tuckwell, one of Australia’s greatest musicians, has died in Melbourne aged 88 from complications associated with heart disease. Tuckwell, widely revered as the greatest French horn player of the 20th century, was as well-known to classical music lovers as Joan Sutherland and Nellie Melba.

Late last year, at 88, he married for the fourth time (to literary agent Jenny Darling). Always immaculately groomed, wearing a Mephistopheles goatee and moustache which he grew to protect his lip, Tuckwell was a distinguished conductor, teacher and author. He was the brother of the late Patricia Harewood, a violinist and model who married the Earl of Harewood, first cousin to Queen Elizabeth. 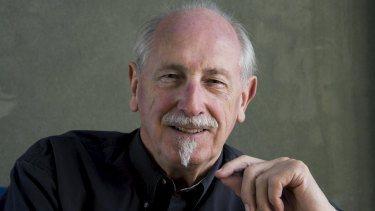 Born in Melbourne in 1931, Tuckwell took up the horn at 13 after a casual conversation in a cafe, and by 15 was third horn for the Melbourne Symphony Orchestra, joining the Sydney Symphony the next year. In 1950, he left to forge a career in Britain and within four years was principal horn player for the London Symphony Orchestra. He was soon elected a director of the player-run orchestra, and for six years was chairman of the board.

At 36, in 1967, he resigned to try an unprecedented career as French horn soloist, touring the world and playing 200 concerts and recitals a year and making at least 50 recordings remarkable for their brilliance and breadth. Many of them – such as his 1967 account of Benjamin Britten’s Serenade for Tenor, Horn and Strings with the composer and Peter Pears – are still regarded as definitive today.

As a soloist Tuckwell was particularly admired for his rich and beautiful tone, and nimble and accurate technique. The French horn is one of the most difficult instruments – six metres of brass plumbing with valves, sockets, slides and keys. Tuckwell once said playing the horn is “like driving a very fast car on an oily road. You have to anticipate the things that may go wrong.” He was aided enormously, he said, by possessing perfect pitch.

He hung up his horn at 65, except for frequent excursions as an orchestral player which he greatly enjoyed, but continued conducting for the next two decades.

Tuckwell had a wry and acerbic sense of humour. Asked by an interviewer how he cared for his collection of venerable horns, he replied: “I don’t drop them.” He once went with this writer and his nephew, journalist Michael Shmith, to a bar specialising in more than 200 vodkas, and expressed outrage at their lack of a good single malt whisky. It was one part genuine and four parts theatre.

His awards and honours are too numerous to list, but they include an OBE and Companion of the Order of Australia. At least two dozen works were commissioned for Barry Tuckwell, by composers including Oliver Knussen, Don Banks, Thea Musgrave, Alun Hoddinott, Richard Rodney Bennet and Jean-Michel Damase.

He is survived by Jenny Dowling and his three children, David, Jane and Tom.

Barney Zwartz, a classical music writer for The Age, was privileged to be a friend of Barry Tuckwell for many years.

END_OF_DOCUMENT_TOKEN_TO_BE_REPLACED

END_OF_DOCUMENT_TOKEN_TO_BE_REPLACED
Recent Posts
We and our partners use cookies on this site to improve our service, perform analytics, personalize advertising, measure advertising performance, and remember website preferences.Ok