Sweet revenge. Billie Eilish still remembers the time Jimmy Kimmel quizzed her about 1980s pop culture — and she found a way to get him back for the ambush.

What We Learned From Billie Eilish’s Doc

“Do you remember last time I was here?” the Grammy winner, 19, asked the talk show host, 51, during the Wednesday, October 13, episode of Jimmy Kimmel Live! “You made me look a little stupid.”

The “Bad Guy” songstress was referring to her 2019 appearance on the show when Kimmel asked her about trivia from 1984, the year he was 17 — the same age that she was then. The pop star was stumped by references to ’80s staples including Van Halen, Run-DMC and the Cabbage Patch Kids. 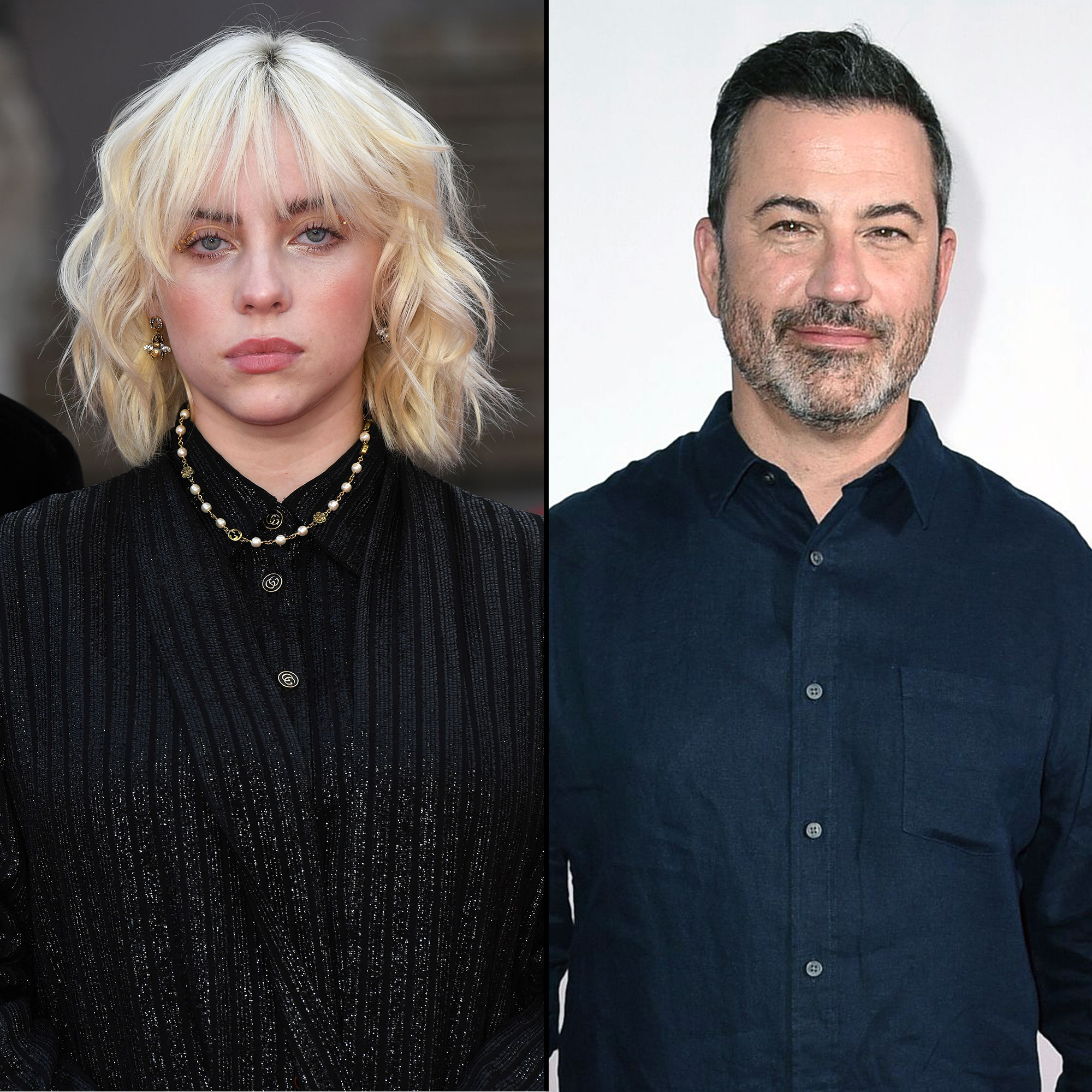 On Wednesday, however, the “Happier Than Ever” singer claimed she was partly “playing along” at the time. “I thought it was funny,” she told Kimmel. “Everybody thought I was actually serious and didn’t know anything, but here’s your quiz, OK?”

The Los Angeles native then looked at the Man Show alum and deadpanned, “Mommy? Sorry, sorry. Mommy?” in a reference to a TikTok meme that making the rounds for several weeks. Kimmel grinned and replied, “I don’t know anything.”

Stars Who Have Broken Grammy Records: Beyonce, Adele and More

The VMA winner got in one more dig at the comedian’s age when he asked her about a bucket list she’d written at age 12, which she included in her recent book, Billie Eilish. Kimmel initially mixed up her age at the time with the year she wrote the list, at which point the musician trolled him again.

The coronavirus pandemic forced Eilish to cancel most of her 2020 concert tour, but she’s making up for lost time with a busy fall. She cochaired the 2021 Met Gala in September with Timothée Chalamet, Naomi Osaka and Amanda Gorman, debuting a glamorous new look in a stunning gown by Oscar de la Renta.

Earlier this month, James Bond fans finally got to hear her theme song for No Time to Die in action during the film after the worldwide health crisis delayed its release for over one year. She’s also gearing up for her 2022 world tour, which is set to kick off in New Orleans next February.

Meanwhile, her latest album, Happier Than Ever, has been raking in critical acclaim. “The album came from a lot of self-reflection,” she told Elle last month, noting that she produced it while coronavirus lockdowns were happening across the globe. “Happier Than Ever is really just me processing trauma.”