An ex is never too far away when a member of Bachelor Nation tunes into the ABC series. Blake Horstmann recapped the Tuesday, September 7, episode of Bachelor in Paradise — which included Becca Kufrin’s date with Thomas Jacobs — on Us Weekly’s “Here for the Right Reasons” podcast.

“You watch an ex on television, like, ‘This is weird.’ You know, it was weird to watch her on The Bachelorette too,” the 32-year-old Bachelorette season 14 runner-up admitted on the Wednesday, September 8, podcast episode. “It’s just — it’s a very weird thing.” 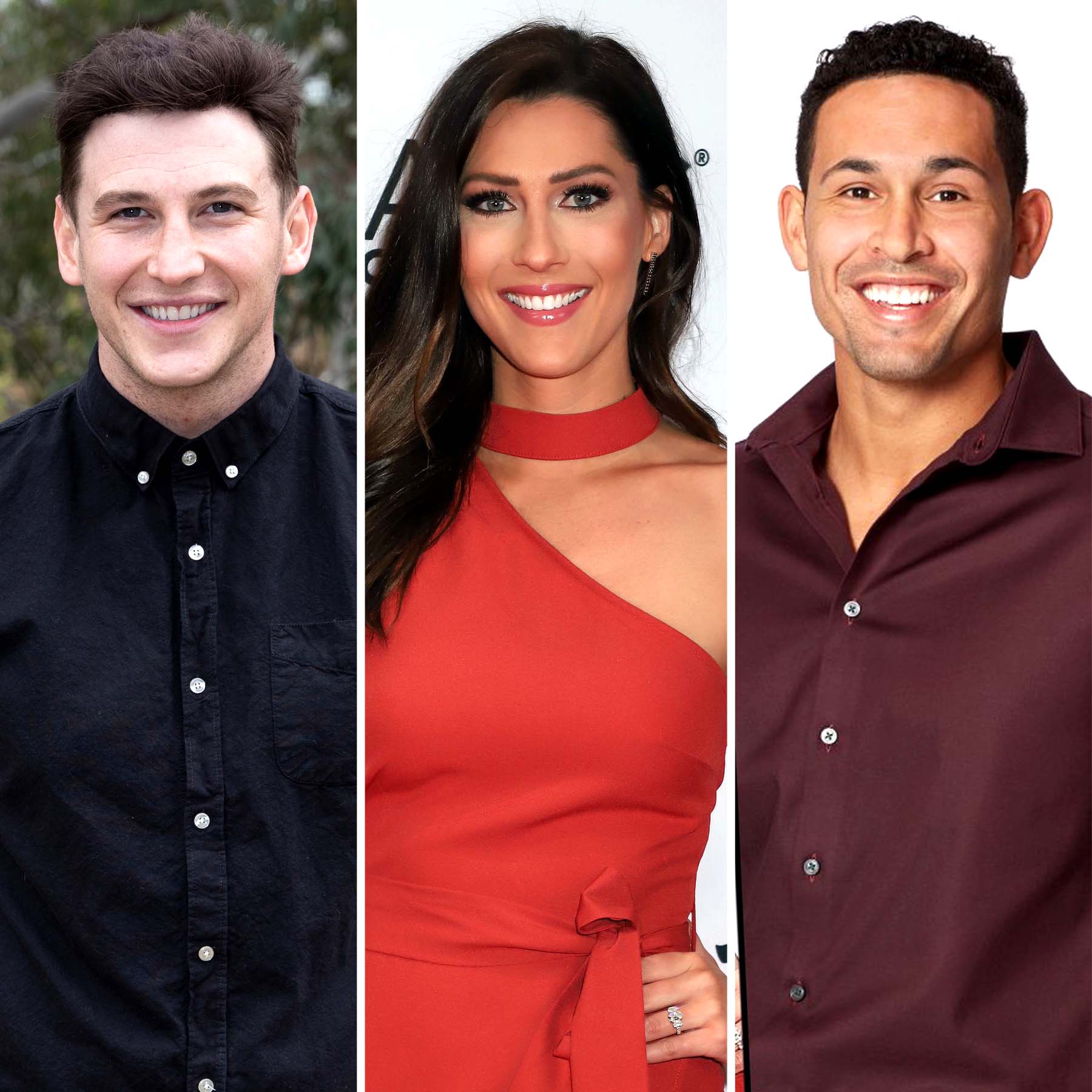 Blake competed for the 31-year-old former publicist’s affections on the 2018 season of The Bachelorette, recently revealing that they caught up before she joined the cast of Bachelor in Paradise season 7. On the beach, Becca gave her first rose to Aaron Clancy before making a connection with Thomas, 30, on Tuesday’s episode.

“It’s bizarre how everything keeps lining up for them, they keep falling for the same women and stuff. It was weird though; I feel like they completely edited out Becca and Aaron. They clearly had conversations and there was something there because when Aaron went on that date [with Chelsea Vaughn], Becca was kind of like, ‘OK, goodbye, I’m headed home.’ She planned on getting his rose,” Blake told Us. “So we missed that, and then honestly, I think we missed quite a bit of the conversation with Thomas and Becca. All of a sudden, she was like, ‘You want to go on a date, Thomas?’ I was like, ‘Have they talked yet?’ … I get it, they have to make room for drama. I don’t really blame them, but it seemed a little out of left field.”

Bachelor Nation Stars Who Found Best Friends on the Shows

Blake went on to commend Becca for pulling aside Tammy Ly, who was seeing Thomas on the beach, before asking him out.

“I’m surprised they allowed that,” he said, noting that she couldn’t talk to Aaron because he was on a date with Chelsea. “But I thought Tammy handled that well, like, had Tammy been like, ‘No, don’t take him,’ I don’t think Becca would’ve been like, ‘OK, I’ll take somebody else.’ I think she still would’ve taken him, I think that was just kind of like a formality, you know, trying to be nice and look good. But she handled that well. … But then as soon as he left, [Tammy] just broke down.”

During their date, Becca opened up to Thomas, who was dubbed a “villain” on Katie Thurston’s season of The Bachelorette, about her September 2020 split from fiancé Garrett Yrigoyen.

“A lot of the conversation with Becca was kind of, like, ‘Yeah, this is hard for me to open up again this environment,’ which I 100 percent agree and I’m sure it is, but I didn’t really see a huge connection as far as their conversations,” Blake said on the podcast. “Now, obviously they did have it. We didn’t get to see it, but they just showed a lot of Becca being like, ‘Ah, I’m nervous to be here. I’m anxious to be here. I’m stressed to be here. This is hard for me to open up,’ rather than seeing their actual connection.”

Blake added that it’s “hard to put a finger on” Thomas because he only gets screen time when he’s having issues with a costar.

“[It’d be different] if it was just one or two people like, ‘He’s sketch,’ but everybody else liked him — nobody likes the guy. I’m like, ‘Wait a minute. Something’s wrong here.’ Like even Serena [Pitt], she came back from the date and she was like, ‘I just didn’t feel it. There was something wrong, like, it was red flags or whatever she said.’ It’s just weird to me, like, I haven’t heard anybody really say anything good about him until Becca. But again, that could be, maybe he’s just misunderstood.”

When asked about Blake and Becca’s recent back and forth over their pre-Paradise status, the DJ told Us, “I don’t want to talk too much about Becca because every time we do, it just puts on a microscope and things get blown up. And, like, what I said got blown up and what she said got blown up. … We’re friends.”

For Blake’s complete recap of this week’s BiP drama, listen to Us Weekly’s “Here for the Right Reasons” podcast.