His family also asks fans to remember all the "love and laughter" he brought into the world.

Aubrey Saget, the oldest daughter of “Full House” star Bob Saget, shared one of the last text messages he sent her before his sudden death Sunday in Orlando, Florida.

The 34-year-old artist took to her Instagram Story to post a screen shot of their texts to each other. The message, from “Dad,” simply read, “Thank U. Love u. Showtime!” 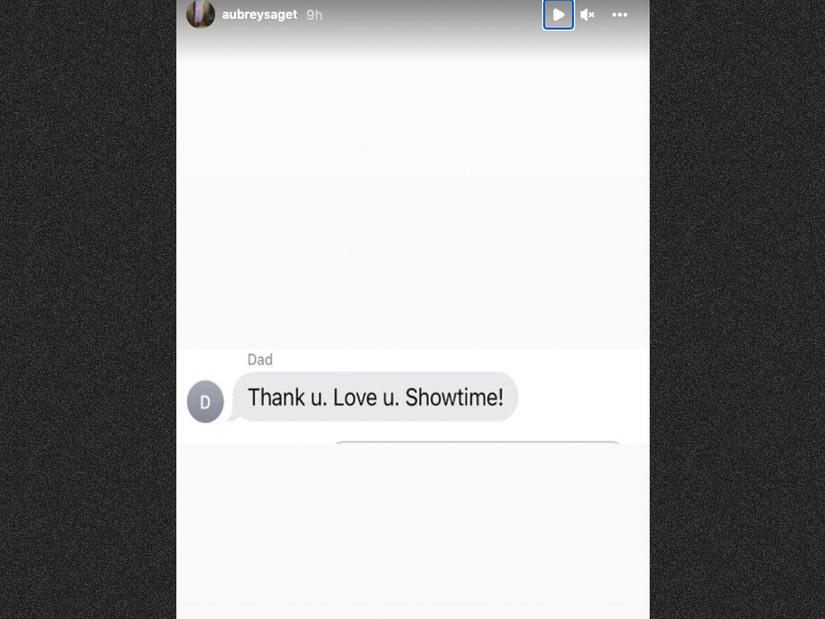 The message presumably came before the comedian’s show on Saturday evening in Jacksonville, Florida, from where he also shared his final post on social media.

“Loved tonight’s show @PV_ConcertHall in Jacksonville. Appreciative audience,” he shared following the show. “Thanks again to @RealTimWilkins for opening. I had no idea I did a 2 hr set tonight. I’m happily addicted again to this s—.”

Saget was found by hotel security around 4 p.m. ET at the Ritz-Carlton hotel in Orlando on Sunday, per TMZ. The circumstances of his death are unknown at this time. He was 65.

“We are devastated to confirm that our beloved Bob passed away today. He was everything to us and we want you to know how much he loved his fans, performing live and bringing people from all walks of life together with laughter,” the Saget family — which includes wife Kelly Rizzo and his kids Aubrey, Lara, 32, and Jennifer, 20 — said in a statement to CNN.

“Though we ask for privacy at this time, we invite you to join us in remembering the love and laughter that Bob brought to the world,” they added.

Since his passing, many of Saget’s “Full House” family have shared their own touching tributes to their late costar — while stars including Jim Carrey, Viola Davis, Billy Crystal, John Mayer and more have taken to social media to pay their respects as well.