Candace Cameron Bure says she has ‘PTSD’ from The View

Candace Cameron Bure felt “sick to her stomach” when she had to discuss hard topics on “The View,” revealing she still suffers from “PTSD” from her two-season stint on the talk show.

The “Fuller House” actress admitted in a new interview that the stress and anxiety she feels when talking about the show — which she co-hosted from 2015-2016 — still leaves a “pit in [her] stomach.”

“There was only one type of stress that I’ve ever felt in my life, that came from that show and I [have] PTSD, like, I can feel it,” Bure, 45, said recently on ABC’s “Behind the Table” podcast. “It was so difficult, and to manage that emotional stress was very, very hard.”

The actress — who recently clarified that she’s not anti-vax, but “just pro-medical freedom” — explained that she felt immense “pressure” to represent the conservative viewpoint on TV and that she didn’t always find the topics of conversation to be the easiest to discuss.

“[I was] just trying to understand and have a general grasp of topics that I didn’t want to talk about or didn’t care about,” she said.

At times, she even started feeling ill ahead of filming because she was so anxious about discussing her viewpoints to such a big audience.

“When I felt like I was going into a show that I didn’t have a clear opinion about or it was something that I was legitimately nervous to talk about because I did have an opinion about it but I knew I was the only one at the table that had my opinion, I would just get sick to my stomach,” she said. “I hated that feeling. And then I’m like, ‘I don’t know who’s going to come at me.’”

Bure, who would cry before the show, said that despite all the stress it caused, she still learned a lot from the experience. 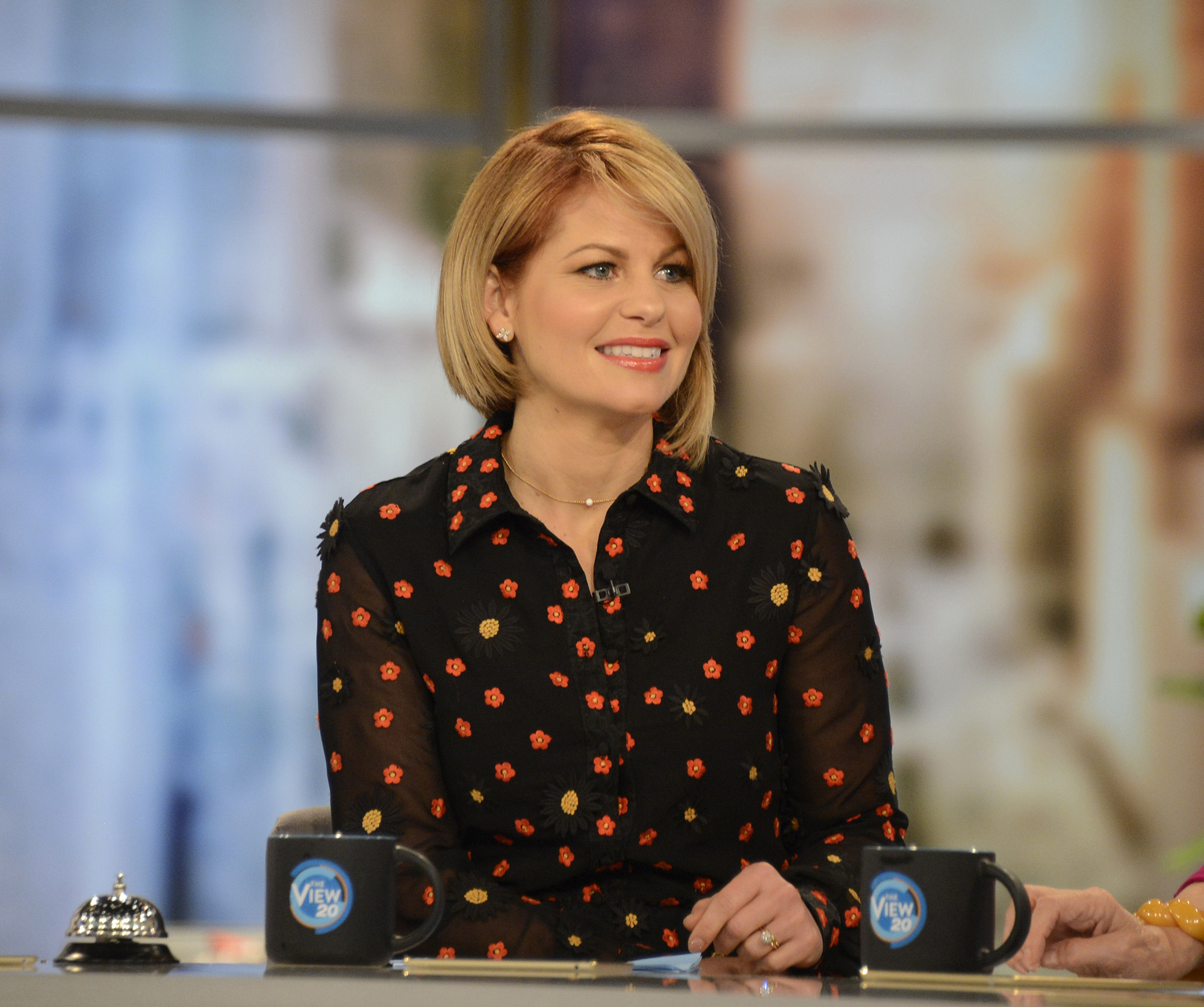 “I don’t know that I regret anything, honestly,” she said. “I feel like there were so many wonderful takeaways from the show. And as difficult as that job was, I’m very, very grateful for it.”

In her own words she added, “This mama is holding the line and standing up for freedom. This should not separate us. We can have different opinions and still respect and love one another. Be bigger than that!”

She also came forward about being against vaccine mandates and said she would not disclose her vaccination status.