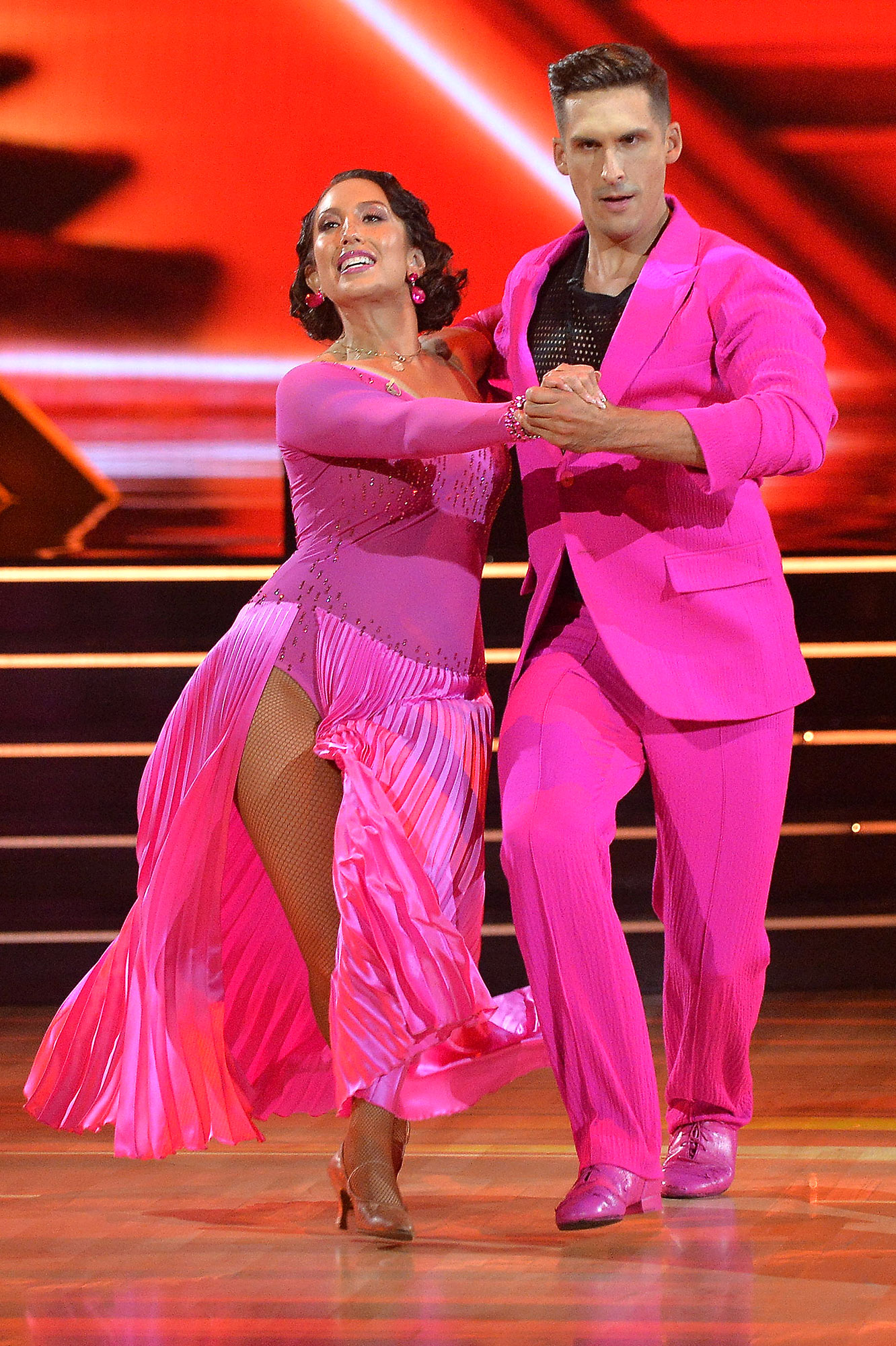 Back to the ballroom! Cheryl Burke and Cody Rigsby’s Dancing With the Stars journey isn’t over just yet.

“I have been officially cleared. I am back to normal. No more quarantine for me,” the 37-year-old professional dancer announced on Wednesday, October 6, via Instagram. “Unfortunately, Cody is still in quarantine, but he will be back in Los Angeles starting Friday — this Friday — which means we can technically dance on both Monday and Tuesday.”

Burke added, “Grateful that we’re healthy, thank you guys for all of the support over the past week and a half or 10 days, it’s been truly an emotional roller-coaster.”

The Dance Moms alum revealed on September 27 that she tested positive for COVID-19. Days later, Rigsby, 34, confirmed he also had coronavirus.

Biggest ‘Dancing With the Stars’ Controversies Through the Years

“We’re still rehearsing via Zoom as we speak,” Burke continued on Wednesday. “We’ve got two dances. … You will see us both back in the ballroom Monday and Tuesday night. I’m so excited. We’ve got lots of work to do.”

Carrie Ann Inaba celebrated the pair’s pending return in the comments section of the video post, writing, “So glad you will be back in the ballroom. Bravo for dancing on ceramic tile. 👏👏👏 ❤️ see you Monday!” 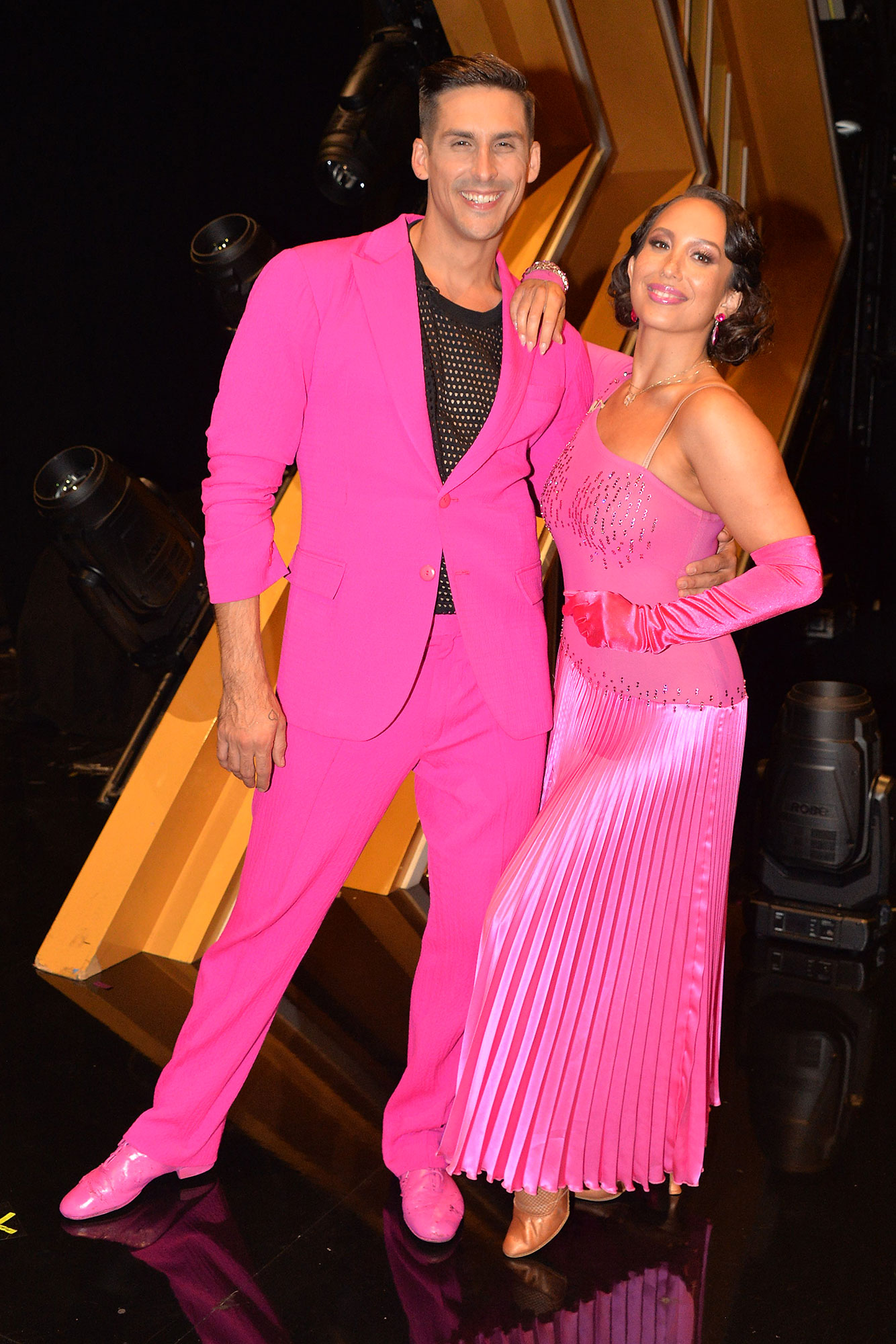 Burke and Rigsby performed virtually from separate rooms during the Monday, October 4, episode of the ABC series, earning an 18 out of 30 for their Britney Spears-themed jazz routine.

“Look, the scores are the scores. It would have been nice — I could have accepted the sixes if they could have at least acknowledged what was done, what was being done here, you know,” Burke told Us Weekly and other reporters after Monday’s show, noting that she wished the judges gave the dancing duo a little more “homage” for the effort they made to make their dance possible. “There was no, like, ‘Oh, my God, you were not just dancers.’ It was just a lot. And then not knowing if we were dancing until [last] Thursday, you know … it is what it is.”

The Peloton instructor added that he tried to remind himself that the scores “ain’t nothing but a number,” especially during Britney week.

“You know what, like, I can sit here and just be like, ‘This is a silly dancing reality TV show,’ which it is,” he said on Monday. “It hurts a little bit because of the hard work that we’ve put into it and how much I love Britney Spears. So, I think that I did her proud, but it’s not going to stop me from finding the light and the joy of the situation.”

23 ‘DWTS’ Contestants Who Defended Their Prior Dance Experience

He concluded: “It wasn’t the perfect circumstances, but … it was really a dream come true. I think it’s a hard thing to judge, like, I think there’s no precedent for it and it’s a hard circumstance to figure out. … But, like, use your imagination a little bit more, guys.”