Two months after refusing to speak about the end of Spears’ controversial conservatorship during an awkward red carpet appearance, Aguilera extended support to her former pop rival in a new interview.

“I would love to [speak with Spears],” the “Dirrty” singer, 41, told media personality Enrique Santos while promoting her new Spanish EP, “La Fuerza.”

“I would always be open to that. It’s a subject that I definitely want to be careful of because I never want to speak out of [turn] about somebody that I have so much respect and admiration for,” she added.

Aguilera went on to say she is “so happy” that Spears, 40, broke free in November from the restrictive legal arrangement that had controlled her personal, medical and financial affairs since February 2008.

“I will just say what I do feel comfortable saying, as I’ve said before actually and stated: that I couldn’t be happier for her,” she continued. “Every woman deserves to feel empowered and to own that for themselves however they see fit.”

Aguilera also acknowledged that she and Spears — who starred alongside each other on Disney’s “All New Mickey Mouse Club” — share a unique perspective, as they both shot to stardom during the teen pop craze of the late ‘90s and early aughts. 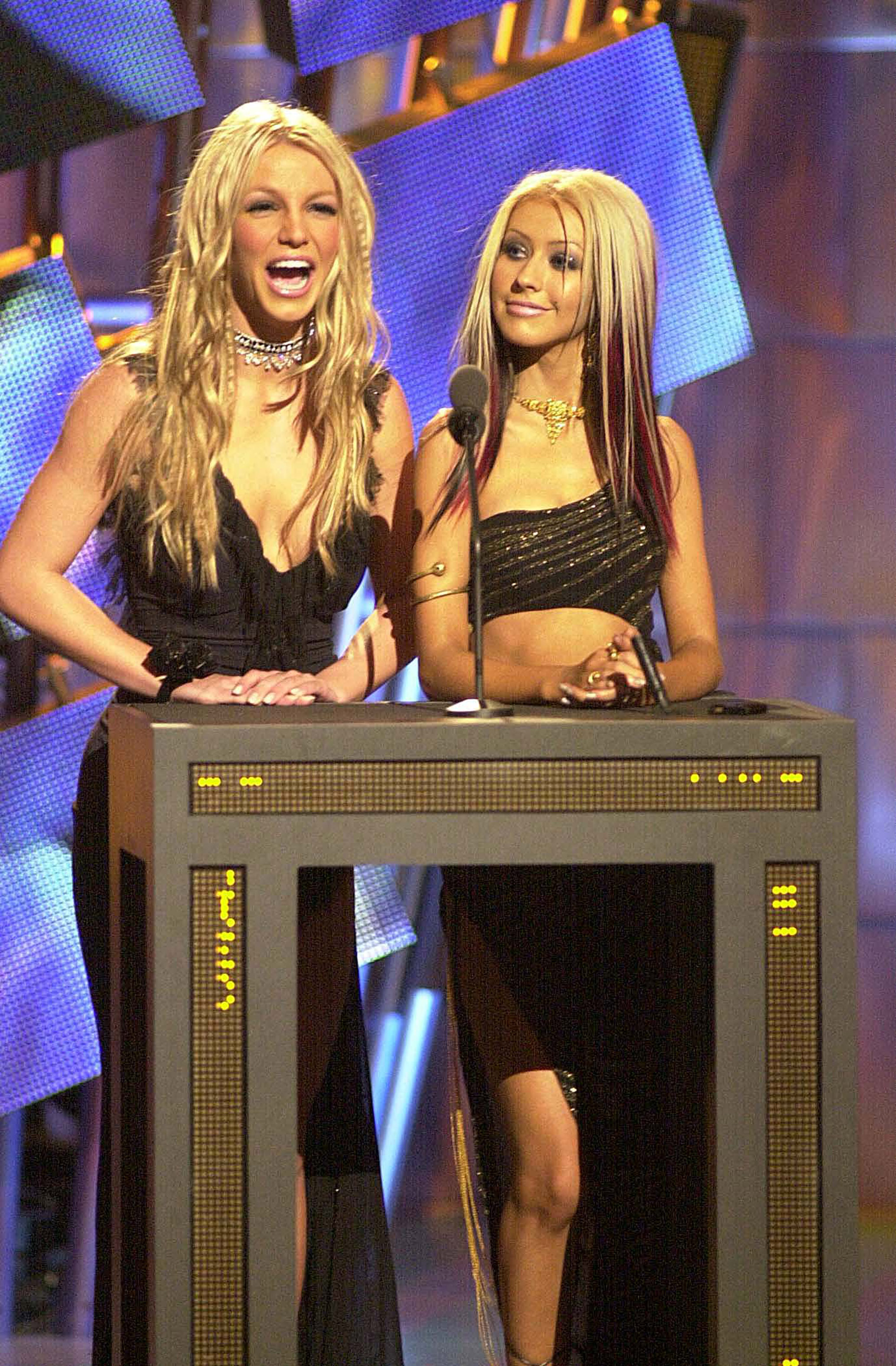 “Growing up in this business can be freakin’ crazy, so if anybody gets that and understands what that means at that time coming up, you know, it definitely would be her and I,” she said, adding that she “will always be there” for Spears should the latter pop icon feel inclined to reach out.

“I love being able to connect like that with other women,” she explained. “It’s very important now more than ever, now that we do have the ability to connect, that that happens and that we always feel unified.”

In a heated Instagram Story post shared on Nov. 19, Spears equated Aguilera’s silence on her conservatorship struggle to lying.

“I love and adore everyone who supported me … but refusing to speak when you know the truth, is equivalent to a lie!!!” Spears wrote over a clip of Aguilera’s red carpet snub the 2021 Latin Grammy Awards the night before. “13 years being in a corrupt abusive system yet why is such a hard topic for people to talk about???”

The “Stronger” singer added, “I’m the one who went through it!!! All the supporters who spoke up and supported me thank you … Yes I do matter!”

Aguilera had been asked by reporters at the awards show whether she “had any communication” with Spears in the days after the conservatorship was terminated.

However, Aguilera’s publicist, Brett Ruttenberg, who accompanied her to the event, intercepted with, “No, I’m sorry, we’re not doing that tonight, thank you though, bye!”

“I can’t,” Aguilera then said as she walked away, adding, “But I’m happy for her!” 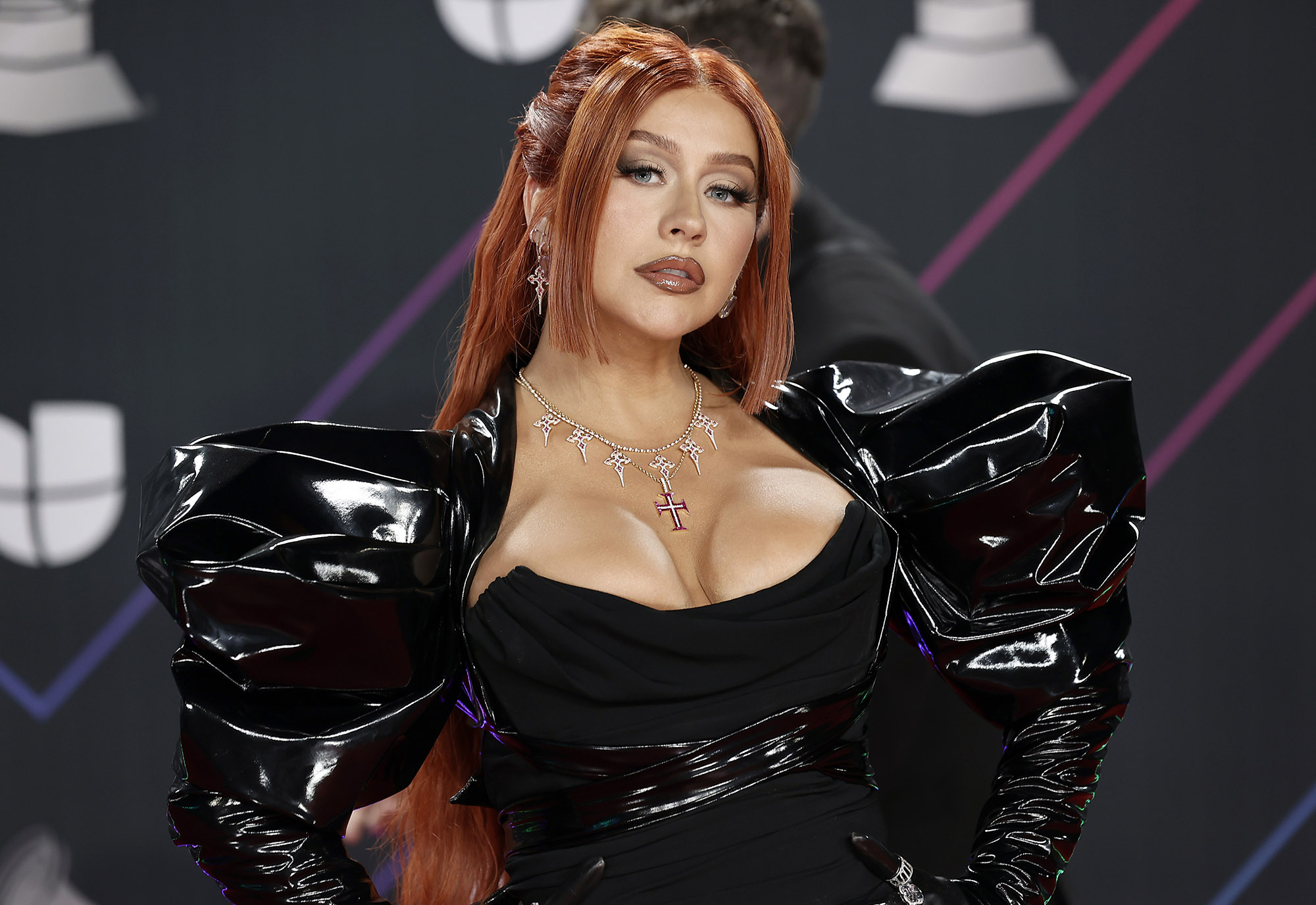 Despite her refusal to discuss Spears’ legal battle on the red carpet, Aguilera applauded the “Overprotected” singer‘s explosive June 2021 court testimony that laid out the “abusive” conditions of her conservatorship.

“It is unacceptable that any woman, or human, wanting to be in control of their own destiny might not be allowed to live life as they wish,” Aguilera wrote in a statement at the time.

“To be silenced, ignored, bullied or denied support by those ‘close’ to you is the most depleting, devastating and demeaning thing imaginable.”

Spears has said she would like to “sue [her] family” for being complicit in allowing her conservatorship, which was established by estranged father Jamie Spears, to last nearly 14 years.

The entertainer has also asserted that she wants her dad, 69, to be charged with “conservatorship abuse” and sent to jail.