Coco Austin Bathes Daughter Chanel, 6, in the Sink — and Fans Are Confused 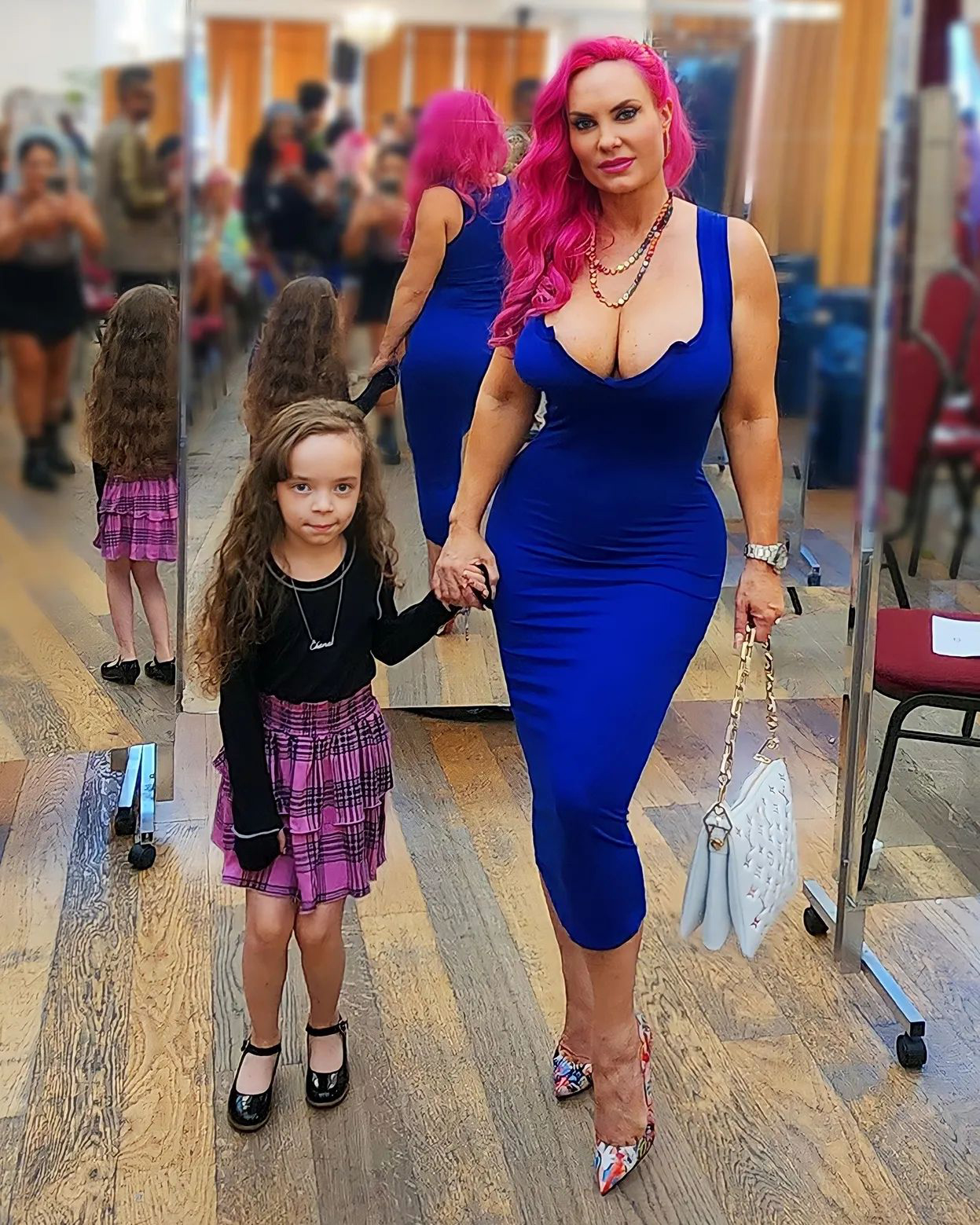 An unconventional method. Coco Austin sent social media into a frenzy after revealing she sometimes bathes 6-year-old daughter Chanel in the sink.

The model, 43, gave her followers a glimpse of life at home with her little one in a TikTok video, which she also uploaded via Instagram on Thursday, September 22. “Chanel’s 1st fashion show as a Prospector ..lol,” she captioned the clip. “This was from an hour before getting ready.”

Austin began the footage by focusing on “bath time” with her daughter. “The sink is the easiest when you have to be fast,” she wrote, showing Chanel sitting in a makeshift tub and playing on a tablet. 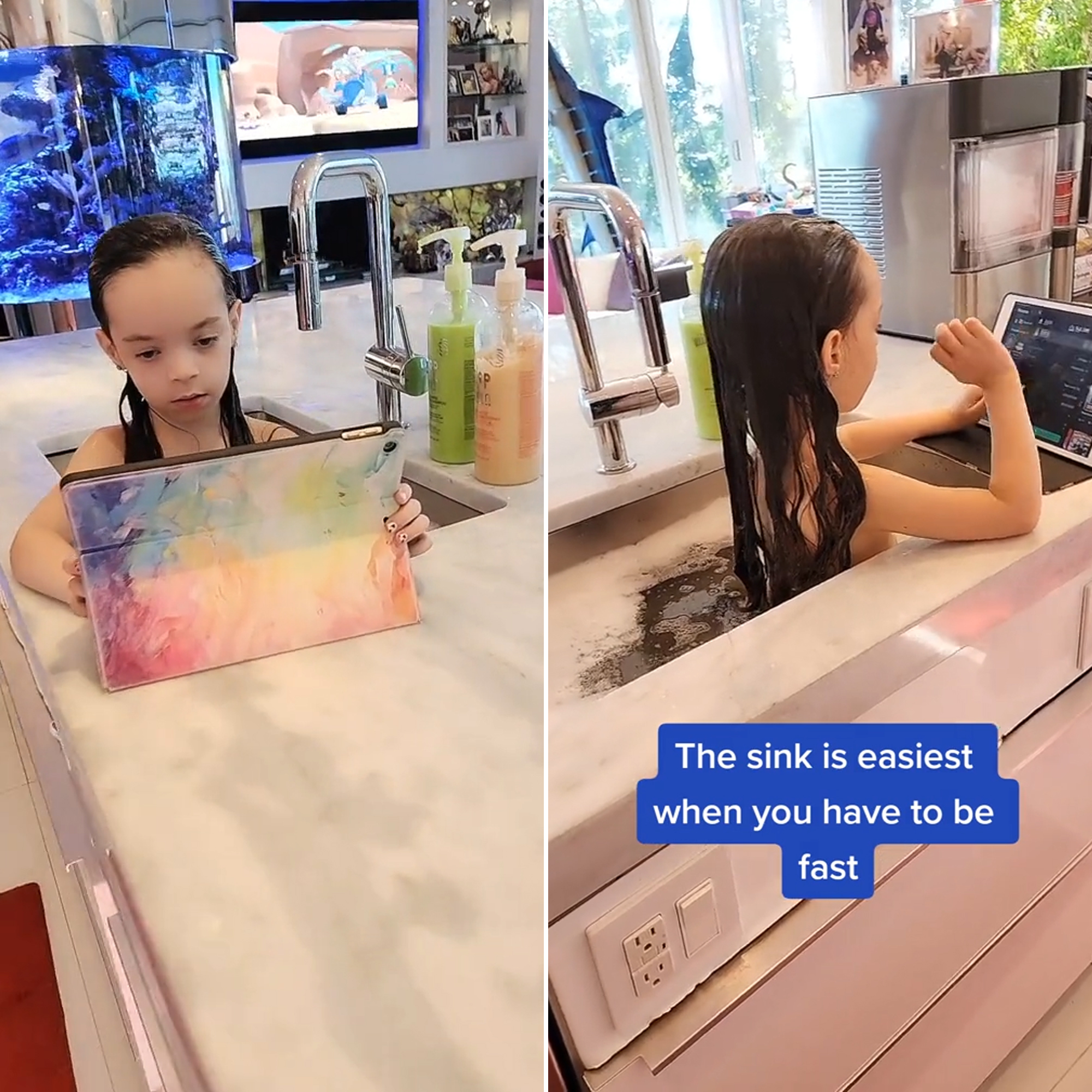 The reality star went on to show her own getting ready process, curling her pink hair and picking out the perfect pair of shoes. However, fans couldn’t stop talking about Chanel’s cameo.

“Damn how big is your sink? I think I need a kitchen upgrade,” one commenter joked, while a second social media user pointed out “how much [Chanel] looks like her daddy,” Ice-T.

Celebs and Their Lookalike Kids

Plenty of Instagram users gushed over how much fun the mother-daughter duo had together, but some commenters weren’t so sweet. “Yall still treating her like an Infant,” one troll wrote. Another called Chanel a “big baby,” while a third commented, “She’s to [sic] old to be in the sink..that was really Awkward to see.”

Austin and the Law & Order: Special Victims Unit star, 64, welcomed their daughter in 2015 after tying the knot 13 years prior. The pair have showcased Chanel’s milestones on social media over the years — and have sparked their fair share of controversies in the process.

In March 2020, the Ice Loves Coco alum explained that her daughter — then 4 years old — still nursed “for comfort,” which garnered criticism from mom-shamers online. “Believe me, the girl loves meat so it’s not like she isn’t eating real food,” Austin wrote at the time. “Thank you to all that understand my view. I see most of you are so eager to side with me and I too root for you in your journey as well. Us moms are connected.”

The California native’s philosophy hadn’t changed by the following July. “Chanel still likes my boobs,” she told Us Weekly exclusively at the time. “It’s a big bonding moment for a mother and your child. … If she doesn’t want it, all right, that’s where you stop it. But I’m not just going to say no.”

Earlier this year, Austin was given grief for pushing her daughter in a stroller, but she didn’t let the negativity get her down. “Oh lord!! Really people?” she tweeted in May. “The world loves to criticize [literally] everything I do!”

She continued: “This stroller thing trending right now [and the comments] about me using a stroller to push Chanel around is ridiculous! Isn’t there a war & mass shootings going as we speak & you’d rather mess with my mothering? SMH.”

Like his wife, the rapper doesn’t give in to the parenting police. “Rule one on the internet: Do not pay attention to anything anyone says on the internet,” he teased during an October 2021 appearance on The View. “Worry about the people that walk up to you and say things in your real life. Those are the people you should be concerned with. The internet is the world. It’s the world talking, so I don’t pay attention.”