Coronavirus could knock census housecalls on the head in Sydney

The 2021 census might be a bit different, with Sydneysiders unlikely to have doorknockers reminding them to fill out the national five-yearly survey of households next month.

The nation’s top statisticians have been considering new ways to get forms completed on August 10 amid a coronavirus outbreak leaving 5 million people in lockdown across the harbour city and surrounds. 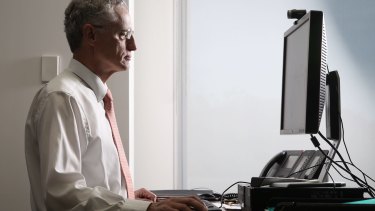 The Australian Bureau of Statistics has a handful of weeks left to prepare the country but faces a complex operation to ensure its goal of having 95 per cent of the population respond during the pandemic. Typically, field officers go door-to-door to remind households to complete the forms but this year areas affected by lockdown restrictions might not have in-person visits.

The Australian census forms are expected to be sent out early next month and can be answered before or after census night, provided people are able to give an accurate account of who will be in the home for August 10. About three-quarters of households are expected to answer the national survey digitally, either on a computer, smartphone or other device, spurred on by the pandemic.

An ABS spokesman said there had been extensive planning for how to deliver the census during unexpected COVID-19 outbreaks and restrictions.

“We will be actively adapting our approach to the circumstances prevailing in any given location, including the evolving COVID situation in Greater Sydney. This would include consideration of a mail-only approach,” the spokesman said.

The ABS team trialled sending out census forms and getting responses last year and has been wargaming how to approach lockdowns should they affect the 10 million households who will be surveyed next month.

About 100,000 households were involved in the test run last October.

One of these trials was in Victoria, during the state’s lockdown, and relied on a mail-only approach using letters and advertising with no team members on the ground. Households were provided with instruction letters, log-ins for digital surveys and details on how to order paper forms.

A test in South Australia involved withdrawing field staff and returning them later, mimicking what might happen should state governments impose restrictions. In Sydney, a “contactless approach” was trialled where staff dropped materials in peoples’ letterboxes rather than door knocking.

The census is compulsory and penalties can apply if it is not filled out, though these are imposed infrequently.

India postponed its census in March last year due to a 21-day coronavirus lockdown there. Scotland has put off its survey until 2022 and for the first time will encourage a majority of people to undertake the questionnaire online, but England, Wales and Northern Island undertook their census surveys in 2021 as planned. There was significant debate among statisticians about how changing the date and collection method could affect the quality of the data and its ability to be compared to previous years.

The ABS advertising campaign for Australia’s census launched earlier this month and runs until mid-September across TV, billboards, digital, radio and print media. About 38,000 workers will be employed by the ABS at the peak of the census.

Australian Statistician David Gruen said at a press conference last month the ABS did not know exactly what would happen during the census but had trialled a range of possibilities to ensure the agency was as organised as possible.

“One of the interesting things that other countries have discovered in conducting censuses through COVID is that the proportion of people filling them in online goes up and that is what we think may happen here,” Dr Gruen said.