Now that’s what we call true love! On Wednesday, October 6, Olivia Wilde was photographed wearing a Love on Tour tote bag while out and about in Los Angeles in support of singer — and boyfriend — Harry Styles.

Wilde specifically donned the Love on Tour Tote ($25) (which is still available to purchase via the singer’s online shop, FYI). She made a strong case for wearing the bag this fall, teaming it with a casual ensemble comprising of a cozy sweater, jeans and sneakers.

Wearing the tote is Wilde’s way of showing support for her boyfriend while he’s away on tour for his second studio album, Fine Line. Currently, he’s on the opposite coast, playing shows in Florida. 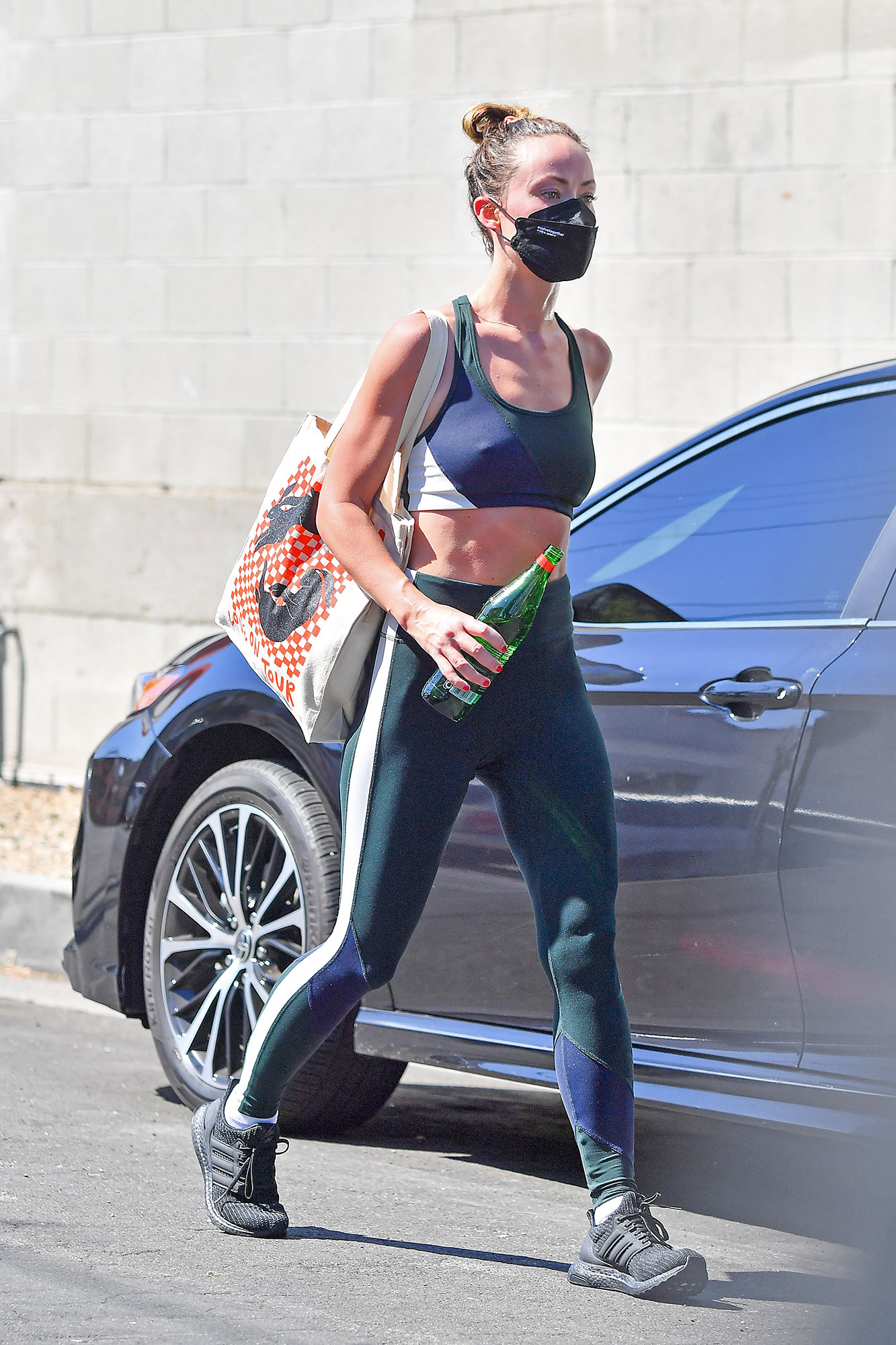 Last month, the O.C. alum attended Styles’ opening show at the MGM Garden Arena in Las Vegas on September 4. Fans spotted her singing and grooving to her boyfriend’s hits.

“She was very happy for him and cheered him on,” an eyewitness exclusively told Us Weekly. “She was hardcore dancing and clearly was very supportive. She recorded him from her phone when he was singing ‘Cherry.’”

The couple is reportedly doing just fine despite the time apart. “Olivia and Harry have an ease to their relationship, they love and support each other, but also let each other be free and work on their own,” an insider told Us Weekly in August, noting that they stay in “constant communication when they’re not together” while working on their respective projects.

The source added, “Both of them respect the other’s work and never want to get in the way of each other.”

Celebrity Splits of 2021: Stars Who Broke Up This Year

The couple met on the set of Don’t Worry Darling in September 2020. “Harry and Olivia had chemistry almost instantaneously on set,” an insider exclusively told Us in January. “It was only a matter of time before they got together.”

The “Watermelon Sugar” hitmaker and Wilde were photographed holding hands at Styles’ manager’s wedding in January. Better yet, he even referred to the Booksmart director as his “girlfriend” during his speech.

Prior to getting together with Styles, Wilde was engaged to Jason Sudeikis. The former couple called off their engagement in November 2020, after dating for nine years. They share two children: son Otis, 7, and daughter Daisy, 4.