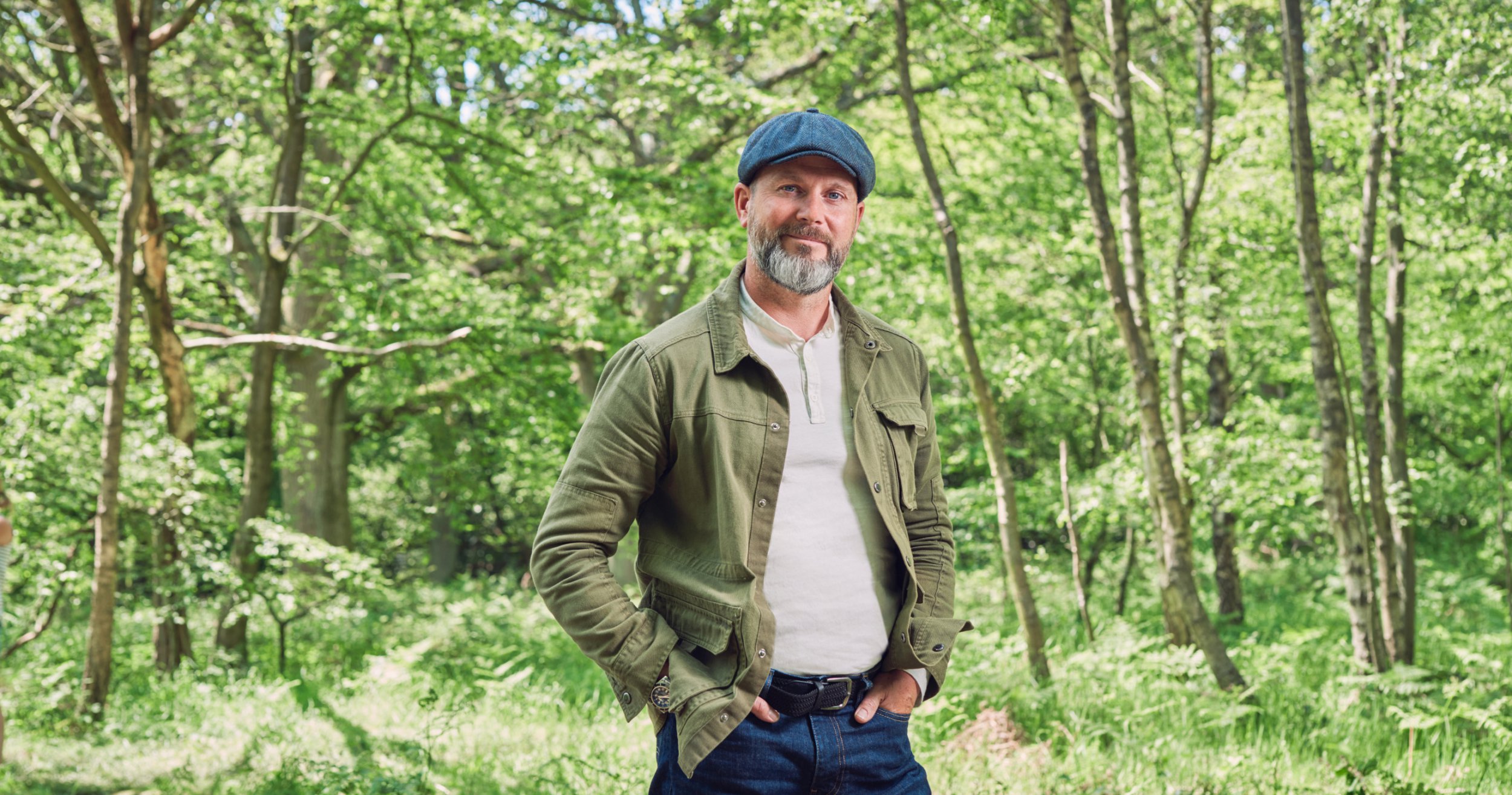 Steve Mann, 50, knows how to talk to dogs like pretty much no one else.

A life-long love of pooches has led him to become one of the most successful dog trainers in the UK, teaching other trainers and working on TV sets.

We chatted with the canine controller about the puppy pandemic during lockdown – and what happens when you try to train a celebrity.

They say never work with children or animals…

I once had a call from a dog owner in north London on a Monday, saying his dog was chewing everything in the house. I arranged a home visit on the Friday and when I arrived, he said, ‘We’ve sorted the problem. My mate advised me.’

We stepped inside and the entire house, from the ground to over a metre high, was smeared in gallons of yellow mustard – all over the walls, the furniture, the carpets, everything.

You were given actor Brian Blessed to train too.

I worked on a TV series which paired ten celebrities with ten rescue dogs and trainers. Brian Blessed asked me to show him how to encourage his dog to focus on him.

We went to practise and I said, ‘Get treats, don’t say anything and only when the dog looks at you, give him his reward.’

Brian got his treats, then said, ‘There’s a good boy, Dougal.’ I told him to keep quiet but then he started saying, ‘You’re so beautiful, Dougal…’ He just couldn’t stop talking to his dog. So the only lesson learned that day was by me.

I learned that trying to tell Brian not to say anything is futile. Now I tell people that no dog is untrainable – but Brian is a different matter.

So you started training dogs as a child?

I was obsessed with dogs and on my first ever dog-training class I turned up for training without a dog.

After that, I’d borrow a dog off the street – because back then, dogs were just free to wander around – or a neighbour’s dog to train. I just loved the environment and I helped to put up the jumps or tidy away.

When did you get your first dog?

When I was around 16 we got a German shepherd who was my first love and I’ve always had the breed since.

We have five dogs at the moment, a Chihuahua, Staffie, lurcher, German shepherd and whippet, and they’re all rescue dogs.

They feature in my newly filmed BBC Maestro classes so that when I’m an old man I’ll be able to look back at Nancy the Chihuahua and see the two of us working together.

So how did you become a dog trainer?

Back in the day, it wasn’t a proper job, it was just something ex-policemen used to do as a hobby. I started teaching training classes from the age of 17 and
I saw chinks in the armour.

I saw signs of stress in the dogs and owners alike, and I devised my own way of training – to find out why a dog was behaving a certain way and addressing that problem.

The main part of my job became teaching other dog trainers so I launched the Institute of Modern Dog Trainers with centres in the UK, Australia, South Africa and China.

We run courses and conferences, and more than 4,000 people come through our classes each year.

What difference did lockdown make?

Being a dog trainer is traditionally face to face and at the beginning we thought, ‘There’s no way we can do remote dog training,’ but we launched online courses and it took off.

It meant someone with a dog in Paris could contact me and, half an hour later, I’d be watching them and their dog and helping them. There was so much we could do on Zoom.

Meanwhile, there’s never been a bigger demand for dog trainers.

People were getting puppies hand over fist and panicking dog owners needed help. I realised we had a puppy pandemic when my inbox started pinging constantly.

What are the main pet pandemic problems?

The main problems are separation issues because people were in the home 24 hours a day during lockdown when they got their puppy and the umbilical cord between them got shorter and tighter, and that’s all the puppy has known.

So now these people have to make sure their dog is confident and happy to be home alone.

Prevention is better than cure so start today by leaving your dog with their favourite toy for 30 seconds, then a minute tomorrow and five minutes for the next day to build a more robust emotional response.

You need to pair being alone with something positive like dog chews or food. Puppy socialisation, which is vital in the first 13 weeks, also took a back seat for a lot of people.

Mistakes, you’ve made a few…

When I was younger I was judging a dog show at a local country fayre – walking around, feeling important and enjoying being the centre of attention in front of several hundred people.

Then the tannoy announced that a dog had collapsed inside a green mini in the car park. I abandoned the judging ring, ran into the car park, spotted the green Mini, picked up a brick and smashed in the back window of the car to save the dog.

As the glass smashed, someone behind me said, ‘No, he said the cream Mini!’ I turned around and the 200 people watching me judge had followed me into the car park and were watching open-mouthed.

I then had to smash the window of the right car in front of them.

Is getting a dog a good idea if someone is struggling with isolation?

Your circumstances need to be as right as possible because owning a dog is a 15-year commitment that will immediately dictate the clothes you’ll wear, the car you’ll drive, the weather you go out in – throw on top of that sleepless nights and vet bills, and it’s a massive commitment.

How to get your Metro newspaper fix

Metro newspaper is still available for you to pick up every weekday morning or you can download our app for all your favourite news, features, puzzles… and the exclusive evening edition!