Doting Dad! John Mulaney Is 'Fascinated' by How Son Malcolm Sees the World

Learning every day! John Mulaney is finding his footing as a father — and is loving each minute with baby Malcolm.

The former Saturday Night Live writer, 39, opened up about his life as a parent during a candid interview on the “Conan O’Brien Needs a Friend” podcast, gushing over his 5-month-old son.

“You know when you watch a movie with someone who hasn’t seen the movie before? That’s what it feels like with Malcolm,” Mulaney explained during the Monday, May 2, episode. “Like, when I’m out with him, I’m like, ‘Oh, the world’s great,’ because I’m seeing it sort of through his eyes. And he’s looking up at — like, trees and s–t? Malcolm will lay on his back in the yard and just like kick his arms and legs squealing because he sees trees in the sky. And I never cared about any of that s–t. Outside stuff? Never cared. I really didn’t.” 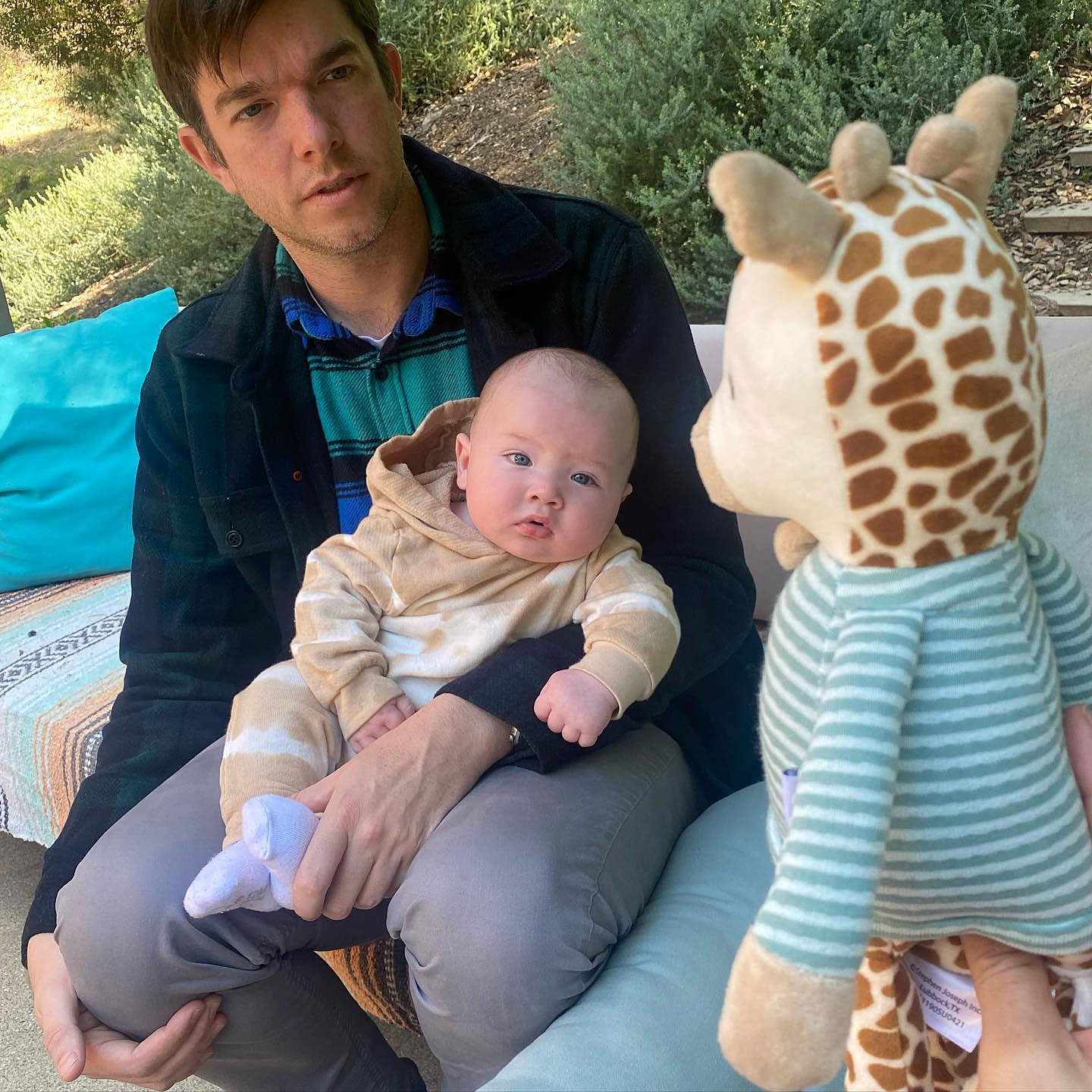 The comedian marveled at how his little one experiences new things each day, adding, “He’s my son and I love him so much but I’m just, I’m fascinated by him and I love watching him see the world. And seeing what sounds, images, lights, volume levels make him laugh.”

After discussing his writing process for his latest stand-up tour, From Scratch, Mulaney joked, “Sometimes I lean down and I go, ‘Malcolm, you know what your last name is?’”

The Big Mouth star was previously married to Anna Marie Tendler for six years before Us Weekly confirmed their split in May 2021. Mulaney and the artist, 36, finalized their divorce in New York City the following January.

Amid his breakup — and after returning home from an inpatient treatment facility for addiction — Mulaney moved on with Olivia Munn. The Chicago native announced in September 2021 that the Newsroom alum, 41, was pregnant with the pair’s first child. 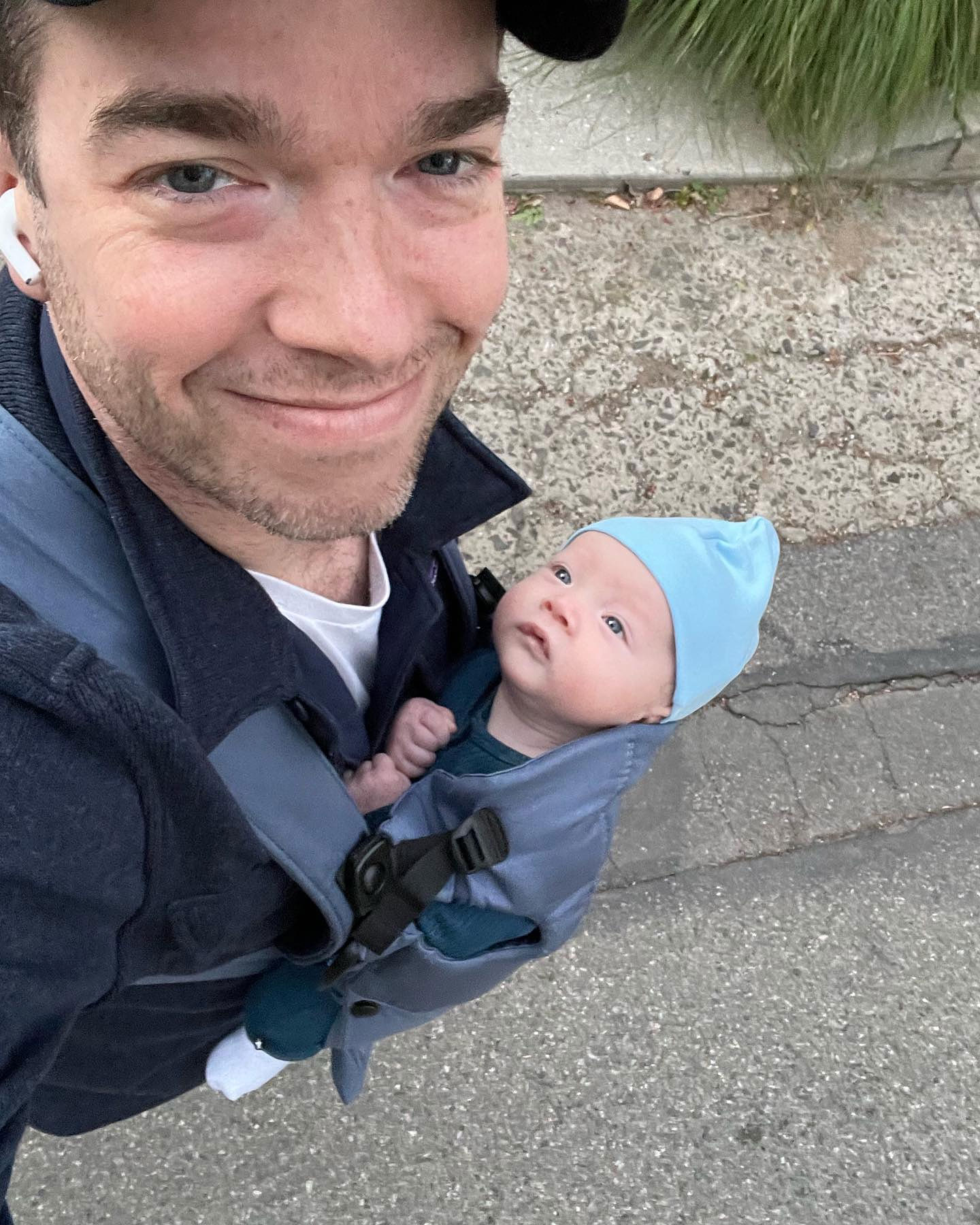 “We’re having a baby together,” he told Seth Meyers at the time. “I was nervous when I was about to say the news! Olivia and this baby have helped save me from myself in this early journey out of recovery [from my drug addiction]. … I got into this relationship that’s been really beautiful with someone incredible. She’s kind of held my hand [through my recovery].”

Us confirmed before the new year that Munn “gave birth just before Thanksgiving.” Raising their son has made the couple “closer,” a source later revealed.

“She and John are both very in love with their baby boy,” the insider added in January, calling parenthood “an exciting time” for the duo.

Tendler, for her part, opened up about her own path to a future pregnancy, telling Harper’s Bazaar earlier this year that she’s planning to freeze her eggs. “There were things I never even thought about before because that was just a closed door. So now that it feels like not as much of a closed door, it’s something that I ruminate on a lot,” she said. “I feel lucky that I get to be standing on the precipice of all of these new things, that I get to possibly experience, and who knows how they will go? And there is certainly something exciting about that.”